SBS’s “The Penthouse” has revealed new stills of Eugene and Lee Ji Ah celebrating together.

Previously, Shim Soo Ryun and Oh Yoon Hee held hands for revenge against Joo Dan Tae (Uhm Ki Joon). The two women made Joo Dan Tae, Lee Gyu Jin (Bong Tae Gyu), and Ha Yoon Chul’s (Yoon Jong Hoon‘s) plans for a 150-billion-won (approximately $135.7 million) investment come to naught. While she was about to be kidnapped, Oh Yoon Hee managed to record Joo Dan Tae’s threats against her and turned the tables on him. In the ending scene of episode 9, Oh Yoon Hee moved into the 45th floor of Hera Palace looking completely different from before.

New stills show Shim Soo Ryun and Oh Yoon Hee sharing their joy with one another at Oh Yoon Hee’s new home at Hera Palace. Oh Yoon Hee emotionally folds her hands over her heart in disbelief, and Shim Soo Ryun looks at her with a satisfied smile (see top image). How Oh Yoon Hee made it into Hera Palace is something viewers should look forward to finding out in the episodes to come. 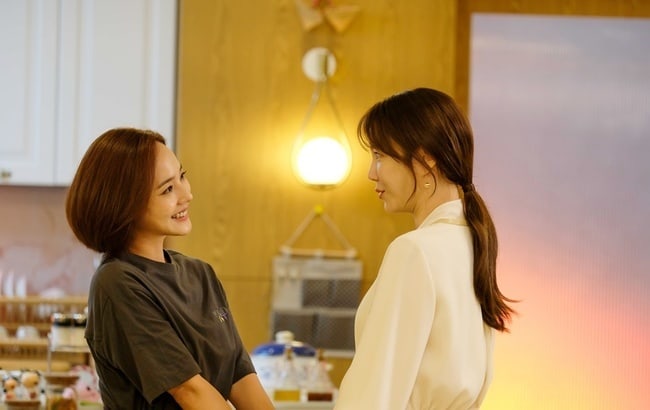 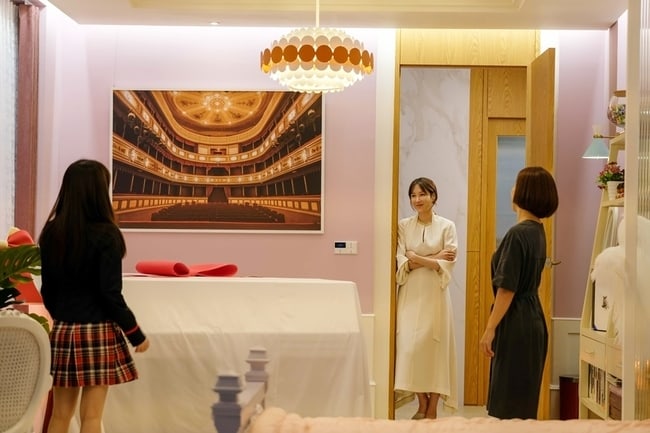 Lee Ji Ah and Eugene have been impressing viewers with their acting as their characters banded together against evil. While filming the scene in the new stills, Eugene brightened up the set with her radiant smile. Just like their characters, they remained close off camera and worked together to rehearse their lines and positions.

The production team stated about the upcoming episode, “Oh Yoon Hee’s entry into Hera Palace is the greatest turning point in Oh Yoon Hee’s life and a powerful variable that will shake up the entire show. Please check the broadcast to see how far Shin Soo Ryun and Oh Yoon Hee’s solidarity will go and whether they will be able to completely destroy the people of Hera Palace.”

Eugene
Lee Ji Ah
The Penthouse
How does this article make you feel?