Watch: Jung Da Bin And NU’EST’s Minhyun Get Closer While Filming Heart-Fluttering Scene For “Live On”

JTBC’s “Live On” released a new behind-the-scenes look at the drama!

The video begins with Minhyun and Jung Da Bin preparing to film a scene inside the bus. After tapping their cards and taking their seats, Minhyun discusses with the director the best way to approach Jung Da Bin in the scene.

While waiting for filming to begin, the pair talk about how hot the bus is and also about what kind of allergies they have. Minhyun tells Jung Da Bin that he’s a collector of allergies, and she laughs and replies that she is as well. Minhyun continues, “I’m allergic to pollen. And I don’t really have many food allergies, but I’m allergic to tropical fruits.”

After another round of filming, the two actors continue to get to know each other better by discussing the foods they dislike. Minhyun says that he can’t eat foods that have strong spices, and Jung Da Bin replies, “Oh, I thought of one! Imitation crab meat.” In response, Minhyun asks her if she has an allergy, but she says, “No, I just don’t like that kind of artificial taste.” 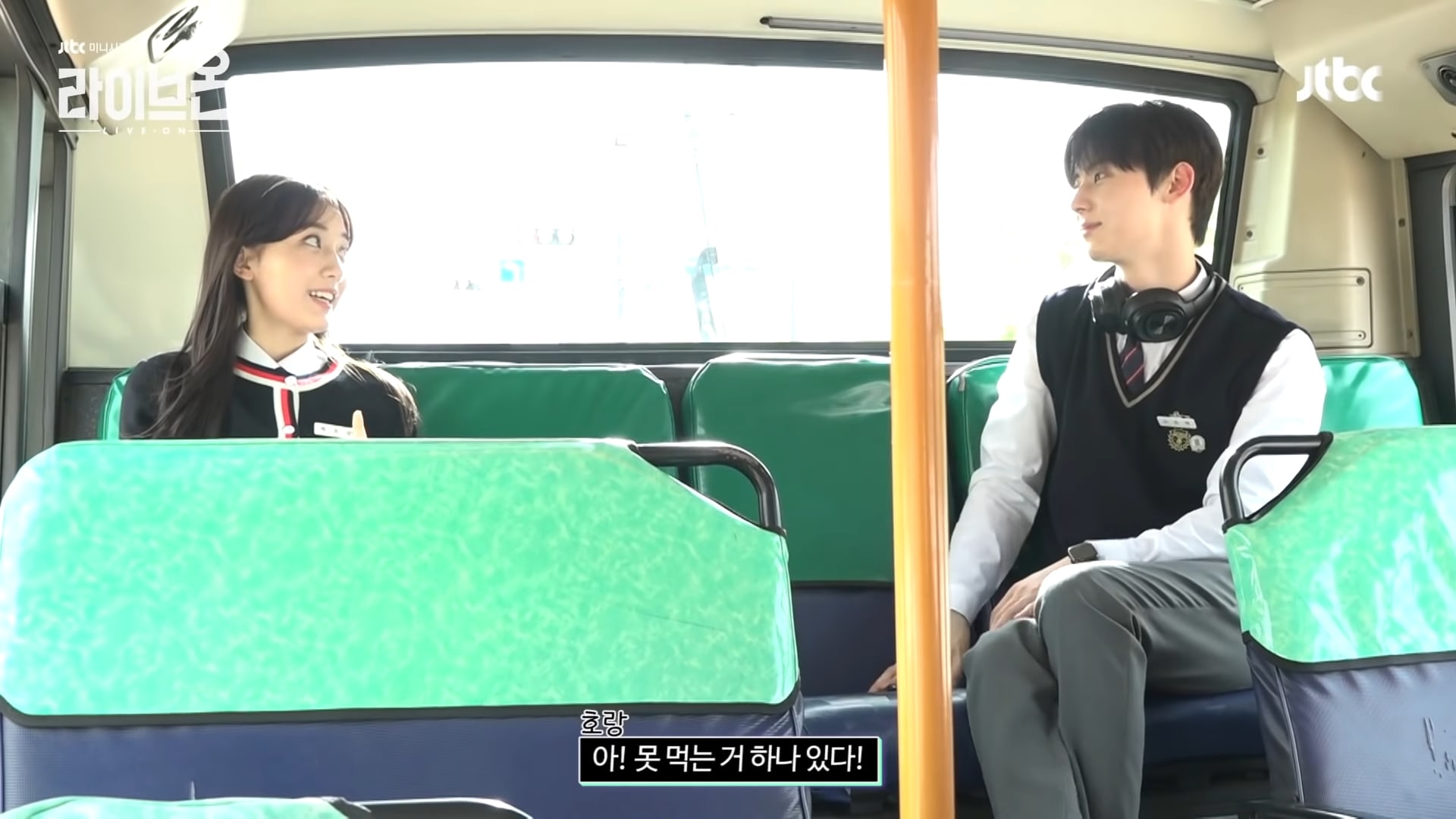 Minhyun then steps out of the bus, having finished his scene earlier than Jung Da Bin. After commenting on how cool the air outside the bus is, he says, “Jung Da Bin called me a traitor just now,” making the surrounding staff laugh. He explains to the camera about how hot the inside of the bus is and ends with an encouraging “You can do it!”

Next, Yeonwoo gets ready to film her presentation scene by practicing her lines in front of the camera. She also introduces former Rainbow member Go Woori who makes a special appearance in the drama. Go Woori waves happily at the camera as she says, “I’m really happy to be filming with Yeonwoo.”

Finally, Jung Da Bin works hard to film the scene in which she applies for the broadcasting club. In between takes, she chats with Minhyun and Yang Hye Ji, displaying the ever-growing friendship between the cast members.

“Live On” also revealed behind-the-scenes stills of Minhyun and Jung Da Bin getting into character, studying their scripts, and monitoring their scenes. 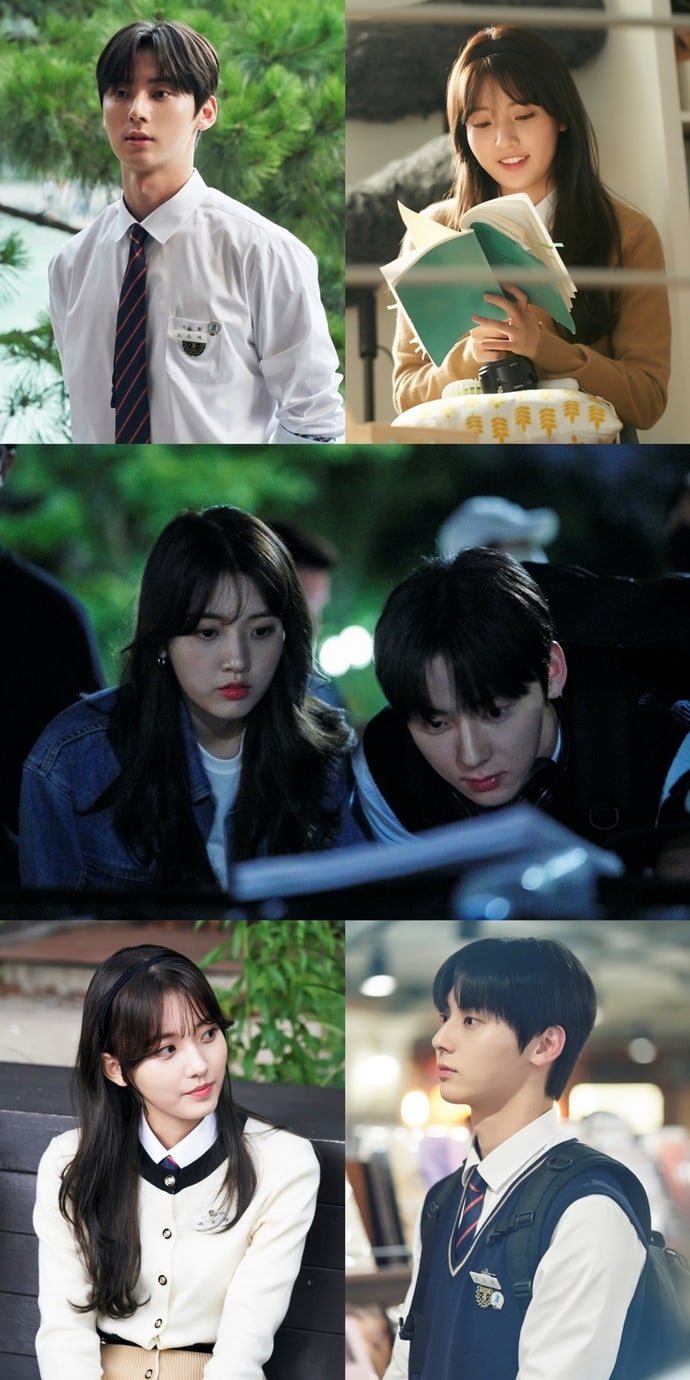