Former Wonder Girls member Hyerim opened up about her difficult first day as a trainee at JYP Entertainment.

On the November 29 episode of KBS 2TV’s “On Dream School,” Hyerim offered advice and words of encouragement to high school seniors who are currently preparing for the CSAT (Korea’s annual college entrance exam).

Speaking about her own experience as an idol trainee, Hyerim shared, “Ever since I was young, I loved singing and dancing. After school, I spent more time singing and dancing in front of the mirror than I did studying, and I dreamed of becoming a girl group member.”

“I heard that JYP was holding an audition in Hong Kong,” she continued, “so I decided to try out. I had to leave my friends and family behind and go [to Korea] on my own, but the reason I was able to do it because I wanted to become a singer no matter what.”

However, Hyerim went on to confess, “When I look back on my time as a trainee, not all of it was happy and joyful. I still remember my first day as a trainee. It was Valentine’s Day, February 14, 2007.”

“I cried on my very first day of training,” she revealed. “Because when I was [an ordinary student] in Hong Kong, I thought I was the prettiest and the best dancer. But as soon as I arrived at the practice room on my first day, everyone was so much better than me, and they were all so pretty.”

She then mentioned TWICE’s Jihyo in particular, recalling, “TWICE’s Jihyo was there at the time. Her eyes were so much bigger than mine. I’d thought I had the biggest eyes [out of anyone I knew], but her eyes were even bigger. She was so pretty, and she was so talented. So I started feeling really insecure, and I felt like I had become very small all of a sudden. My self-esteem really plummeted. I felt like a fish in a small pond who had been moved to a vast ocean.” 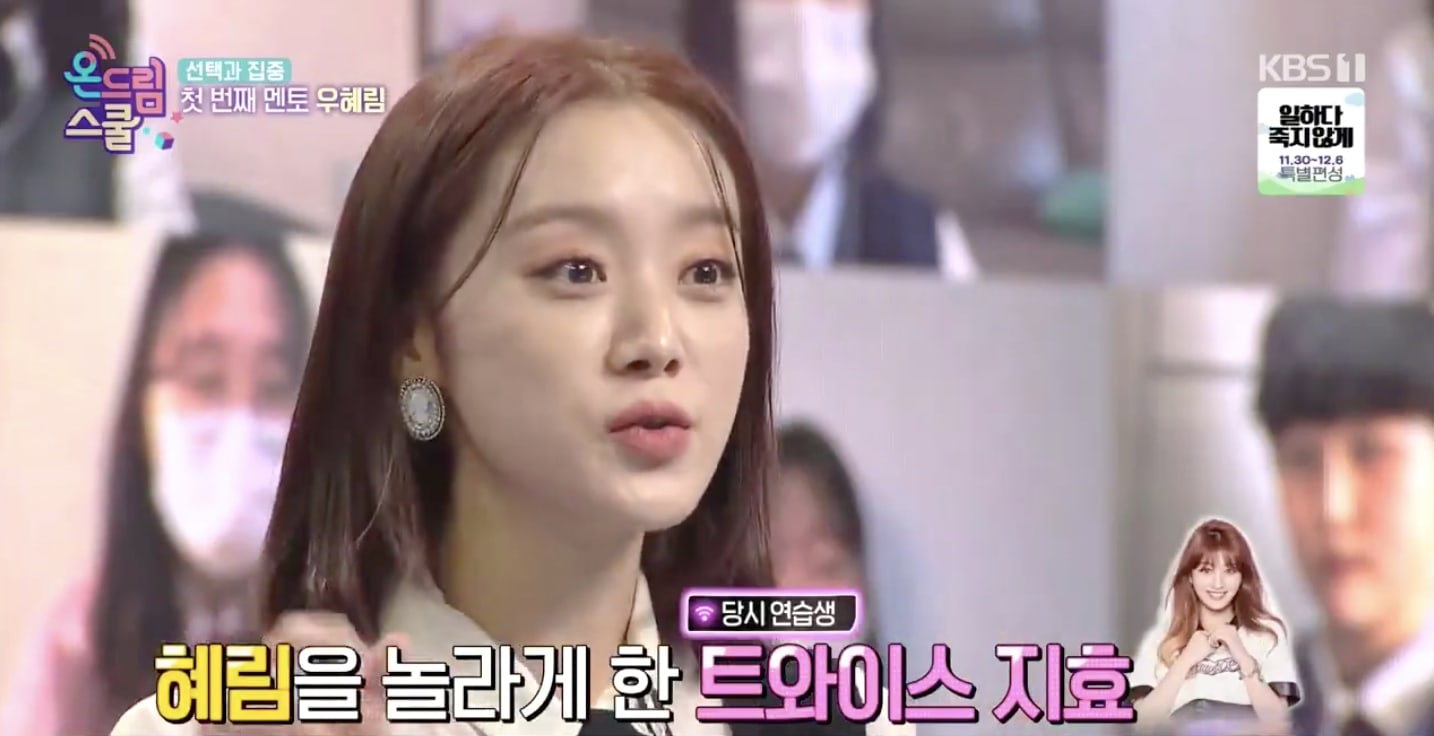 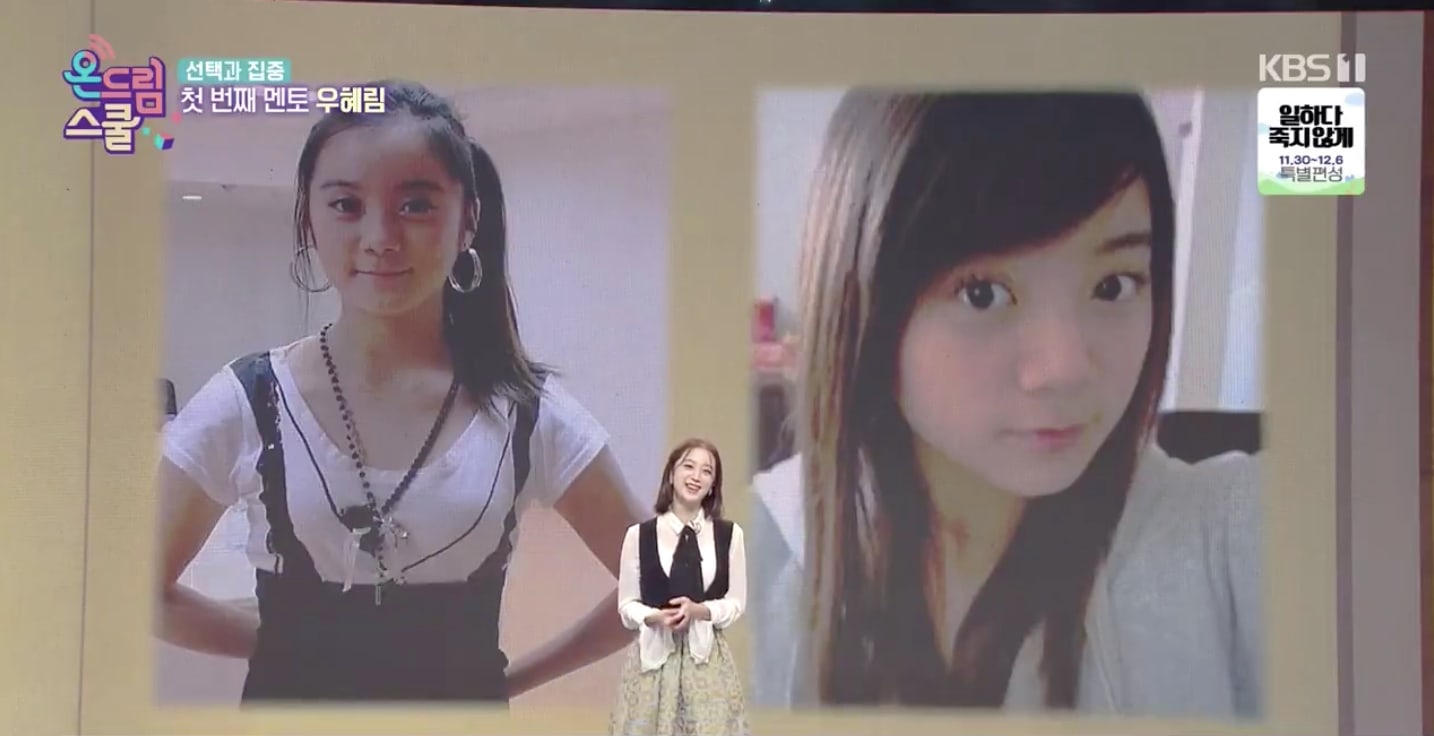 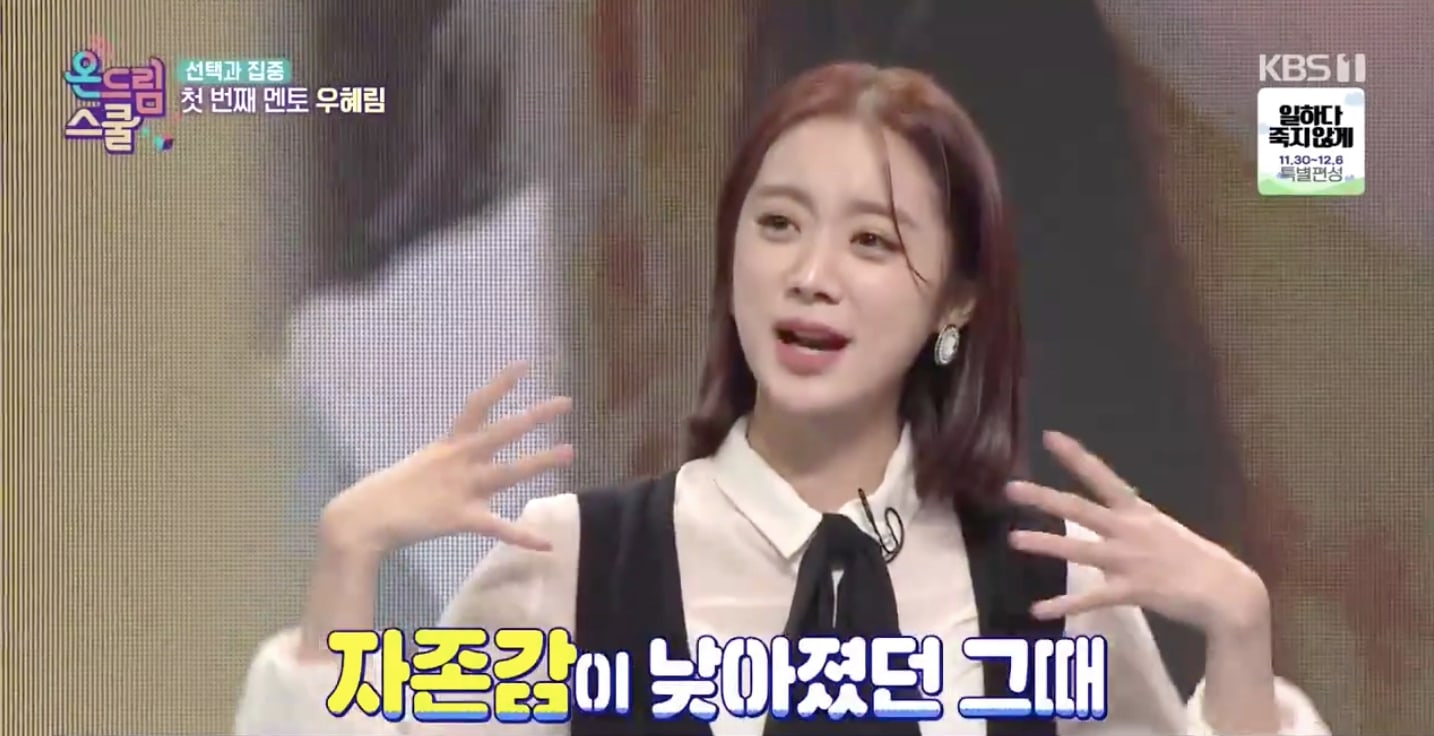 However, Hyerim’s story had a happy ending: despite initially feeling discouraged, she put in a lot of hard work as a trainee and successfully managed to debut as a Wonder Girls member in 2010.

Watch Hyerim and her husband Shin Min Chul on the reality show “Don’t Be Jealous” below!

TWICE
Jihyo
Wonder Girls
Hyerim
How does this article make you feel?