GOT7 Talks About All-Member Participation In New Album, Filming Two MVs, And More

In a recent interview, GOT7 talked about their upcoming comeback with their fourth full album “Breath of Love: Last Piece”!

JB shared that the album is even more meaningful because all of the members participated in it and because it showcases each member’s uniqueness. Mark commented, “I was really happy just to be able to add a song I’ve made in the past.” The members thanked their fans, and Youngjae explained, “I think our fans are the reason I can breath and the reason I can sing as an artist, so I wanted to express these feelings through the album and title tracks.” 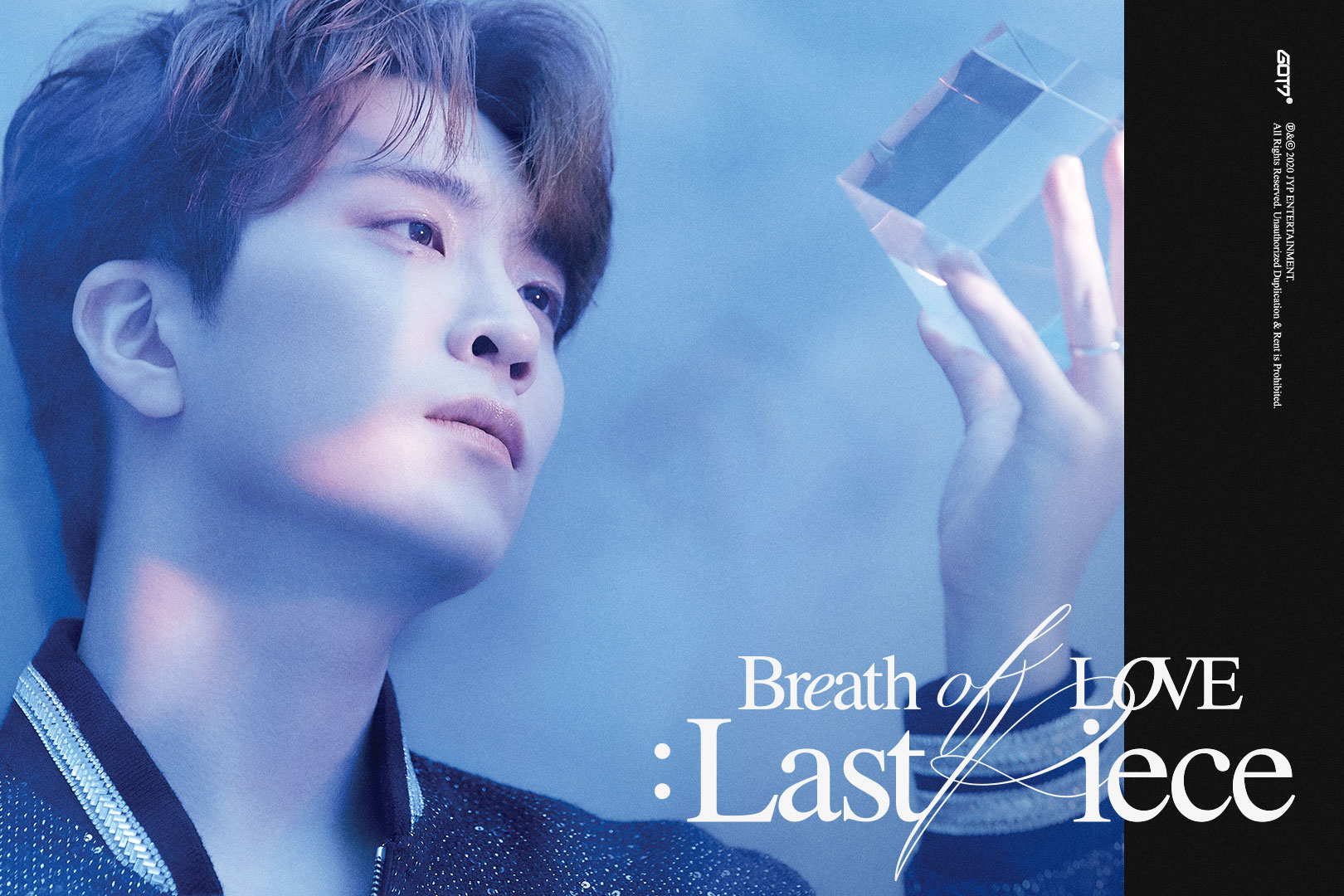 Jackson shared, “It was difficult, but we’re satisfied and very happy,” and Jinyoung commented that they prepared with leisure because they had enough preparation time. He added, “The two music videos are connected, so viewers can have fun finding parts they like while watching them together.” Yugyeom revealed that the music video for “Breath” uses a new filming technique, while the focus point of the “LAST PIECE” music video is the choreography. 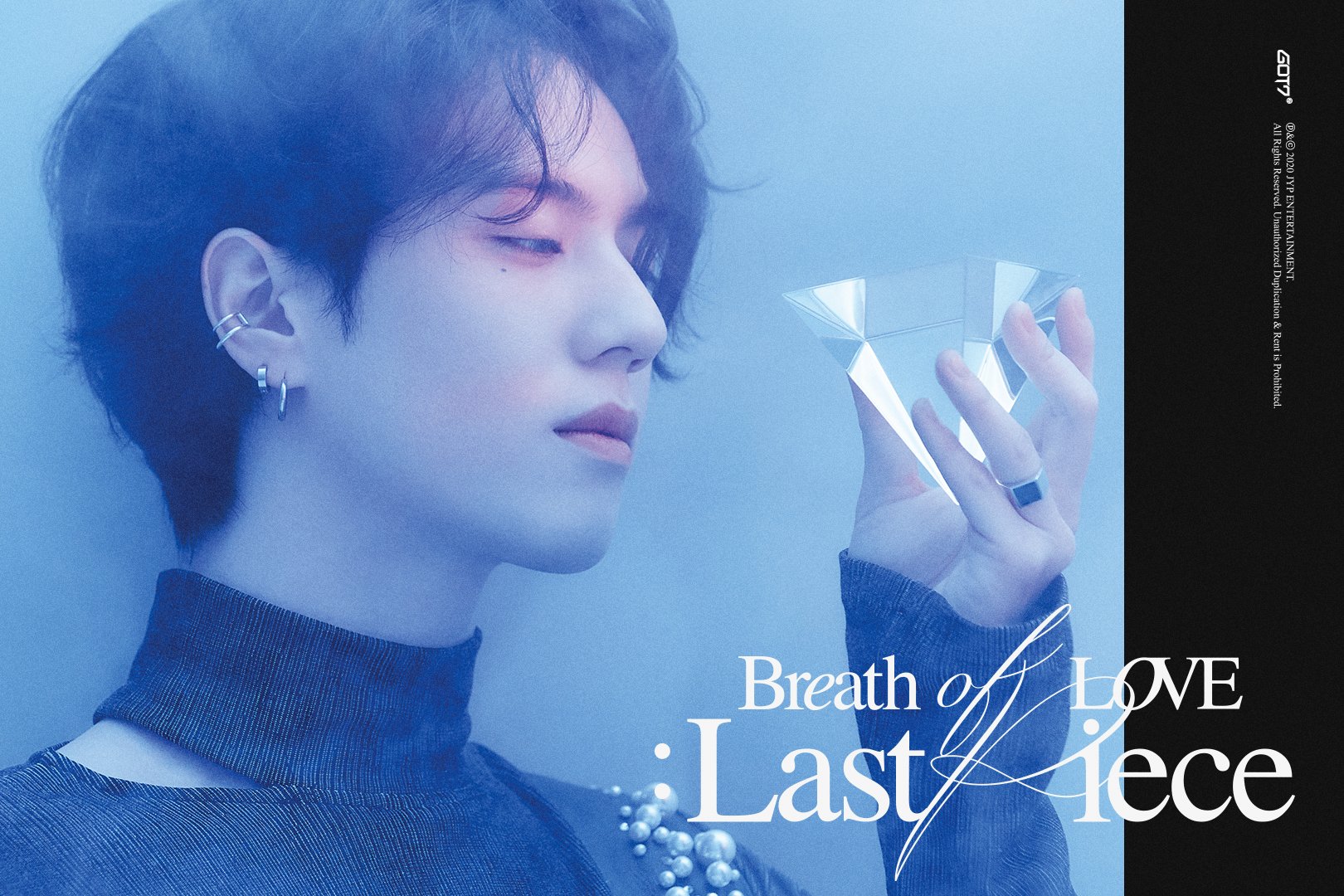 Youngjae shared that the music video for “Breath” was filmed like a drama. He revealed, “‘LAST PIECE’ originally had more choreography scenes, but due to my herniated disc during filming, I was unable to film everything that was originally planned. I feel sorry to the members.” 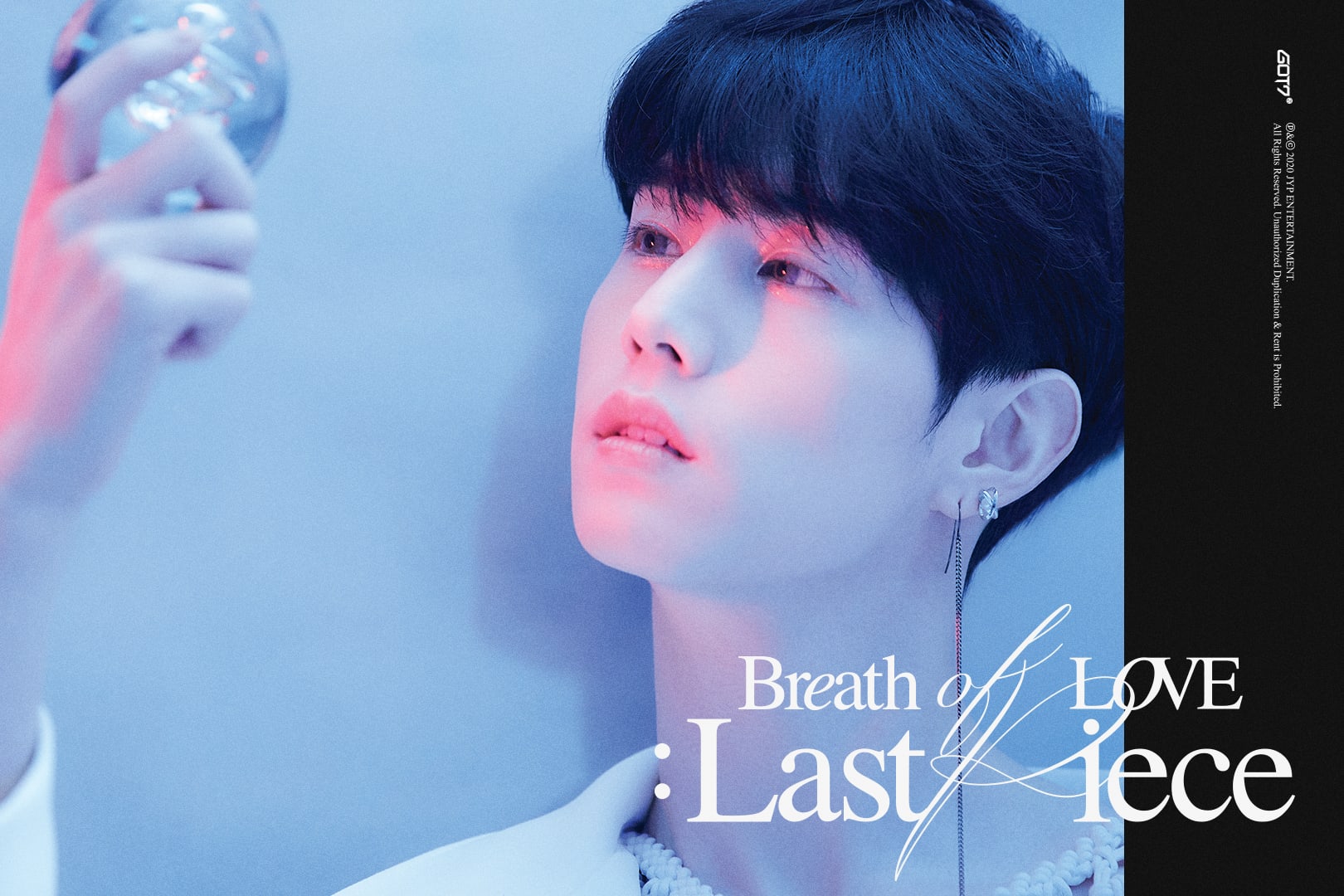 Each of the members also introduced the song they took part in making. Mark shared, “I made the song ‘Born Ready.’ I wanted to make a song liked ‘Hard Carry,’ which fans enjoy. It has the meaning that we’re born ready and that we’ve just been waiting for this time to come.”

Jackson shared, “I worked on the song ‘SPECIAL’ with composer BOYTOY. I wanted to express to the people who have always supported and loved me that they’re a special existence to me. My favorite line is, ‘Just stay that way, girl, cause that’s like you.'” 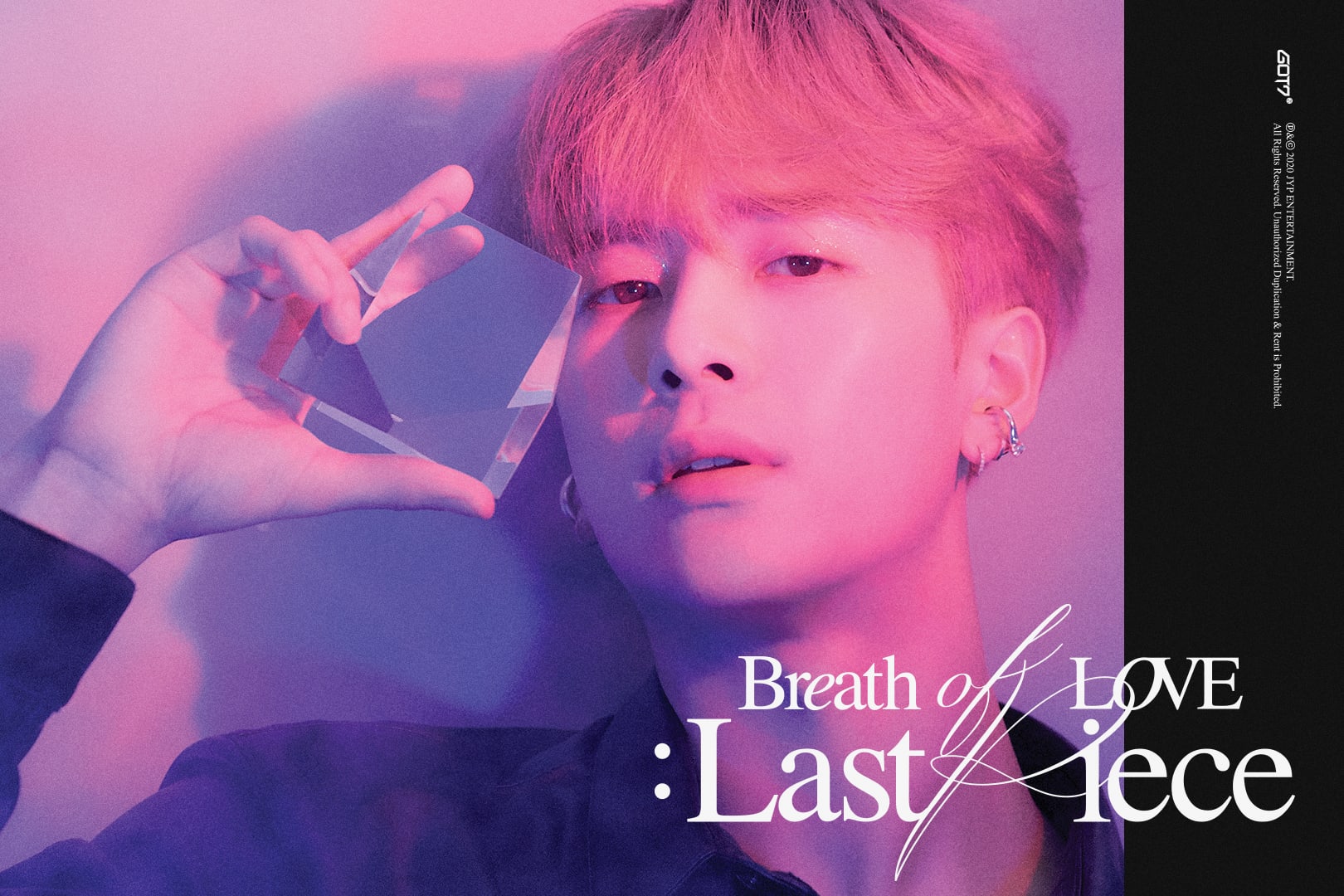 Jinyoung revealed, “I wanted to share my thoughts that life passes by like a wave through the song ‘WAVE.’ I wanted to say that I was able to endure because of the people who treasured me at the end of that wave. The line I like is, ‘We’re riding through this wave. We’re laughing through the pain.'”

BamBam commented, “‘Waiting For You’ is about being unable to forget the other person and always missing them. My favorite part is the chorus.” Yugyeom shared, “‘Now I’ll Do It’ (literal title) contains the feeling of always being grateful to the other person and wanting to say, ‘Thank you,’ rather than hearing it.” 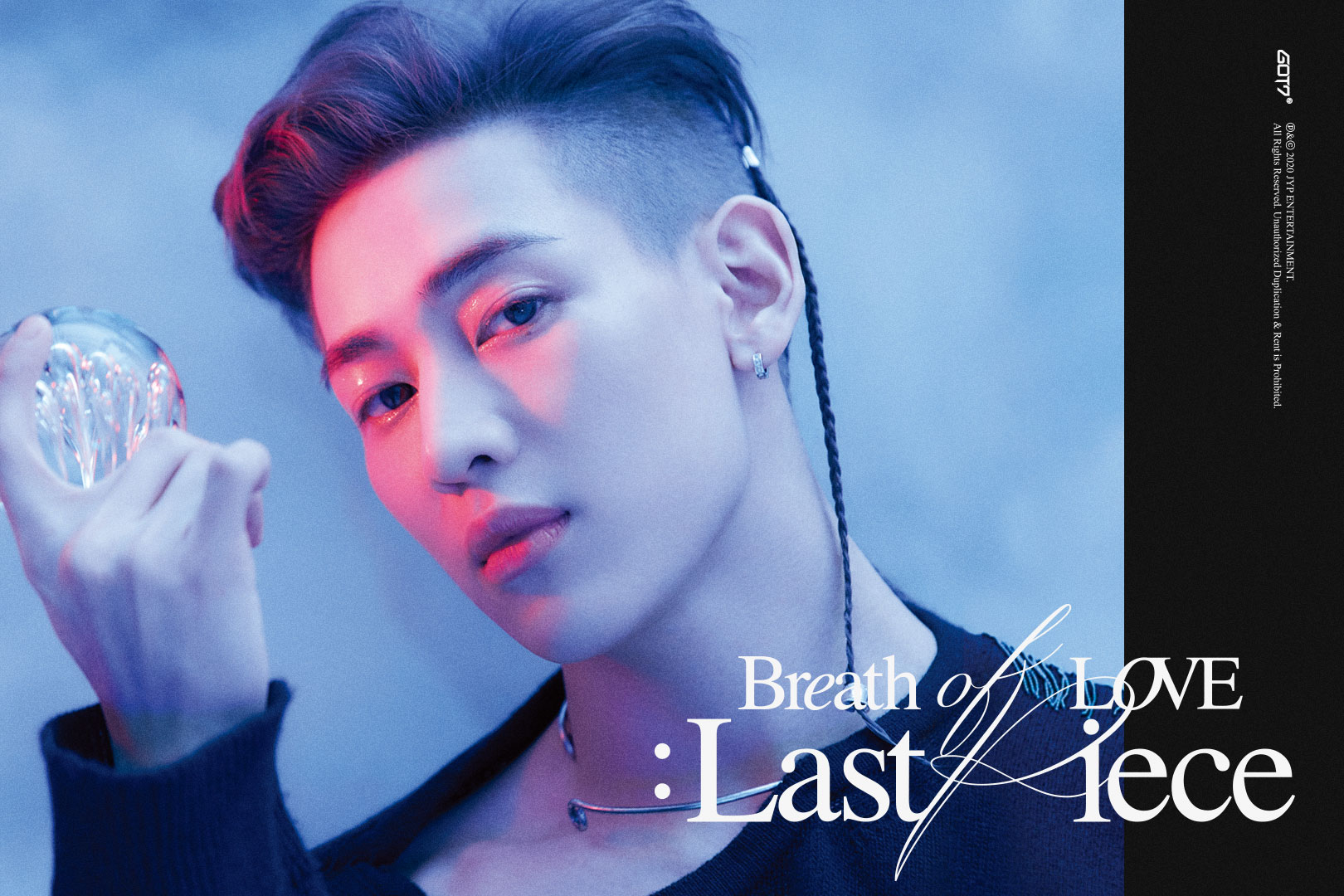 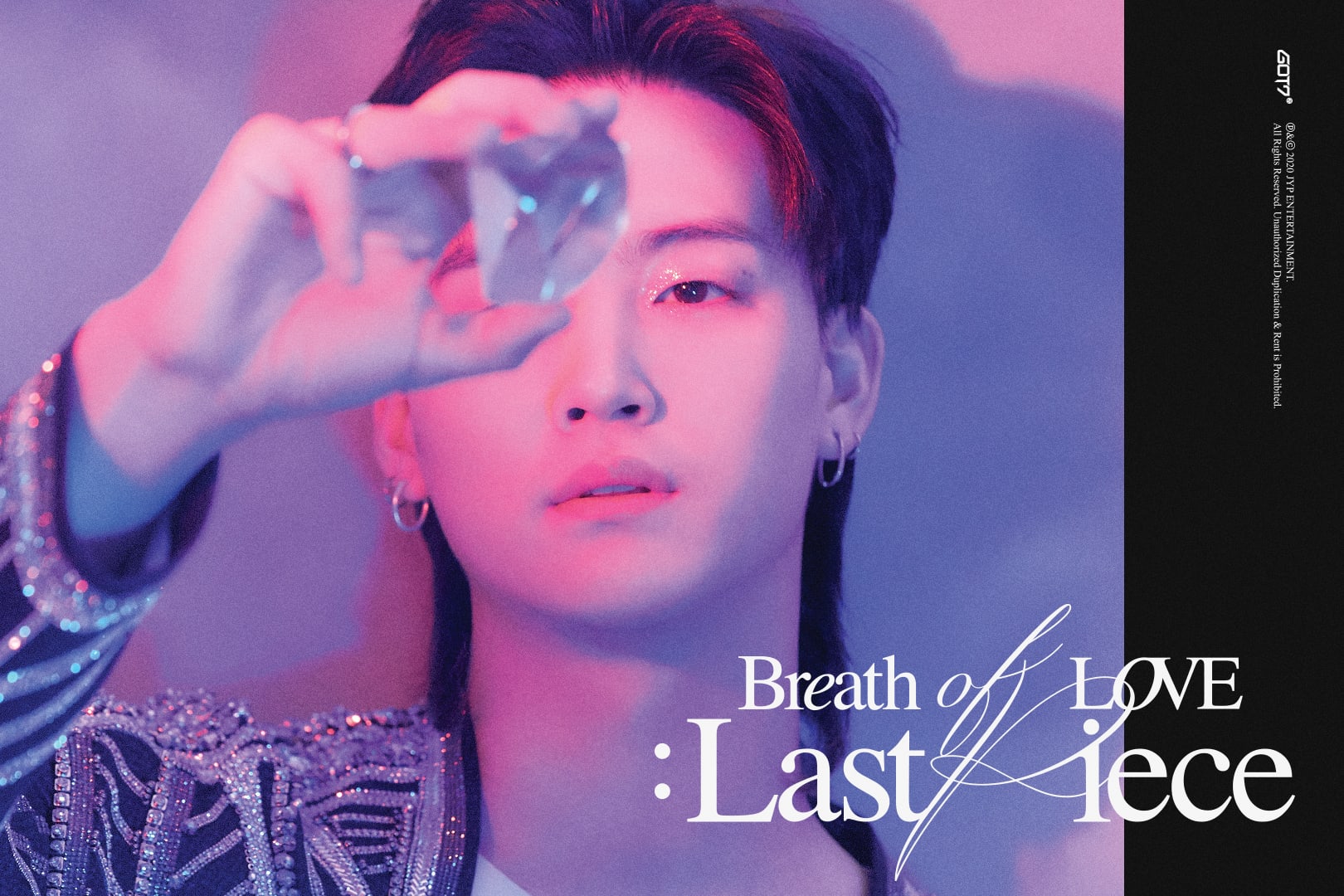 Jinyoung revealed he had fun expressing the peak moment in love the most, while Youngjae shared he enjoyed taking photos with crystal pieces the most.

Finally, the members shared interesting events that happened while preparing for the album. JB shared, “I was controlling my weight, but my face got swollen right as filming began, so I worked hard to remove the swelling.” Youngjae revealed, “Since the members wrote the songs themselves, we directed each other. JB’s song was so high pitched that it was difficult to sing.” BamBam added, “I had other activities going on during the album preparation period, so I had to keep changing my hair color. So when you look at the pictures and videos, you’ll see that my hair color is slightly different.” 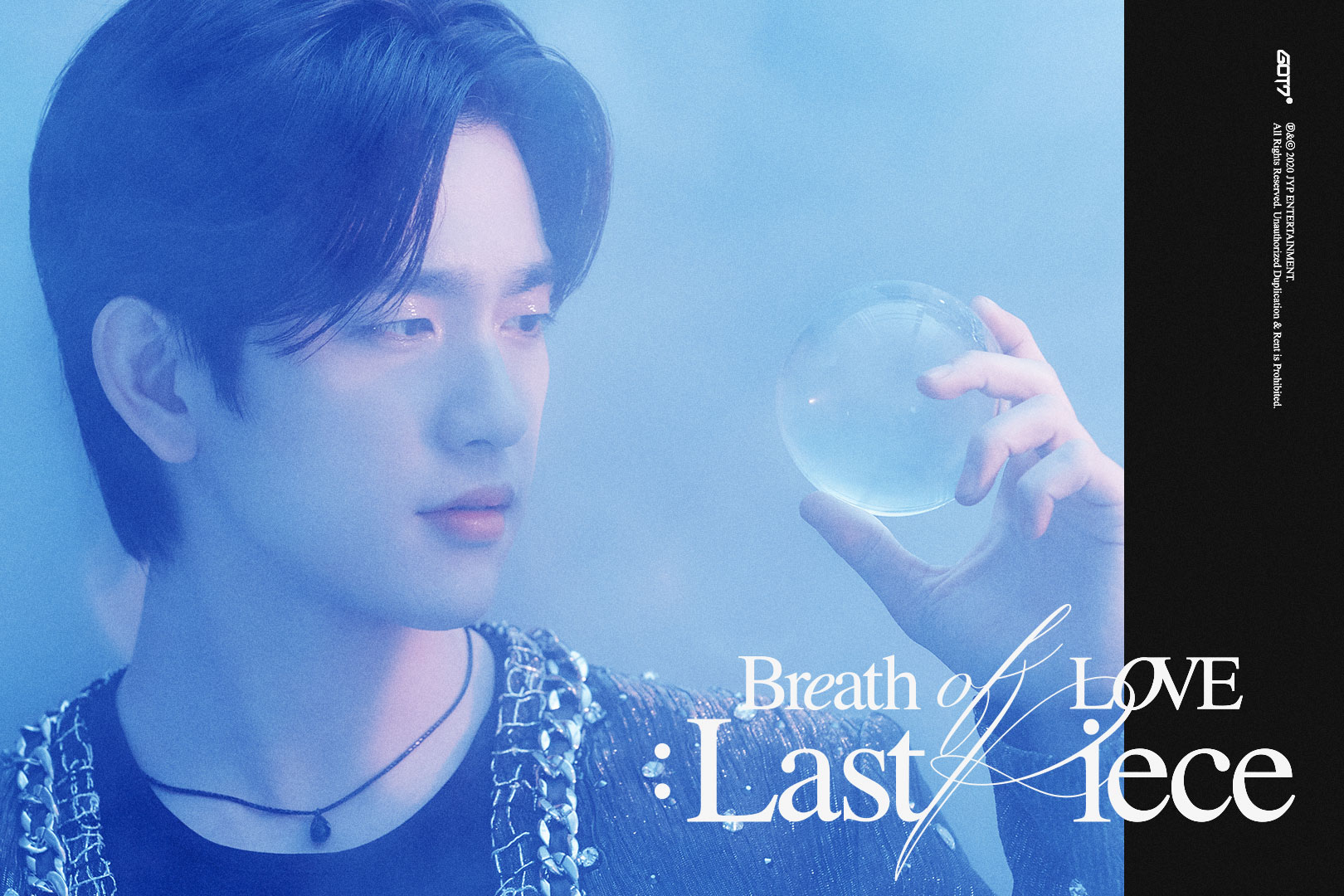 “Breath of Love: Last Piece” and the music video for “LAST PIECE” will be released on November 30 at 6 p.m. KST. If you haven’t already, watch the MV for “Breath” here!

Also watch Jinyoung in his recent drama “When My Love Blooms“: