EXO’s Kai Talks About His Solo Debut, Advice From Taemin And Baekhyun, And More

On November 30, Kai held a press conference for his first solo album “KAI.” The album contains six tracks including the title track “Mmmh.” Fellow EXO member Baekhyun was the MC at the event.

Releasing his first solo album eight years after his debut, Kai shared, “Since it’s my first time greeting fans with a solo album, I feel awkward, nervous, and excited. I wasn’t nervous until a moment ago. I had no thoughts, but after arriving here, I feel excited and nervous.”

He continued, “I’ve showcased solo performances at EXO concerts and shows, but I’m nervous and excited because it’s my first time officially releasing a solo album. Baekhyun achieved the title of ‘million seller‘ this year. I’m proud, and I’ve gained strength from that energy.” 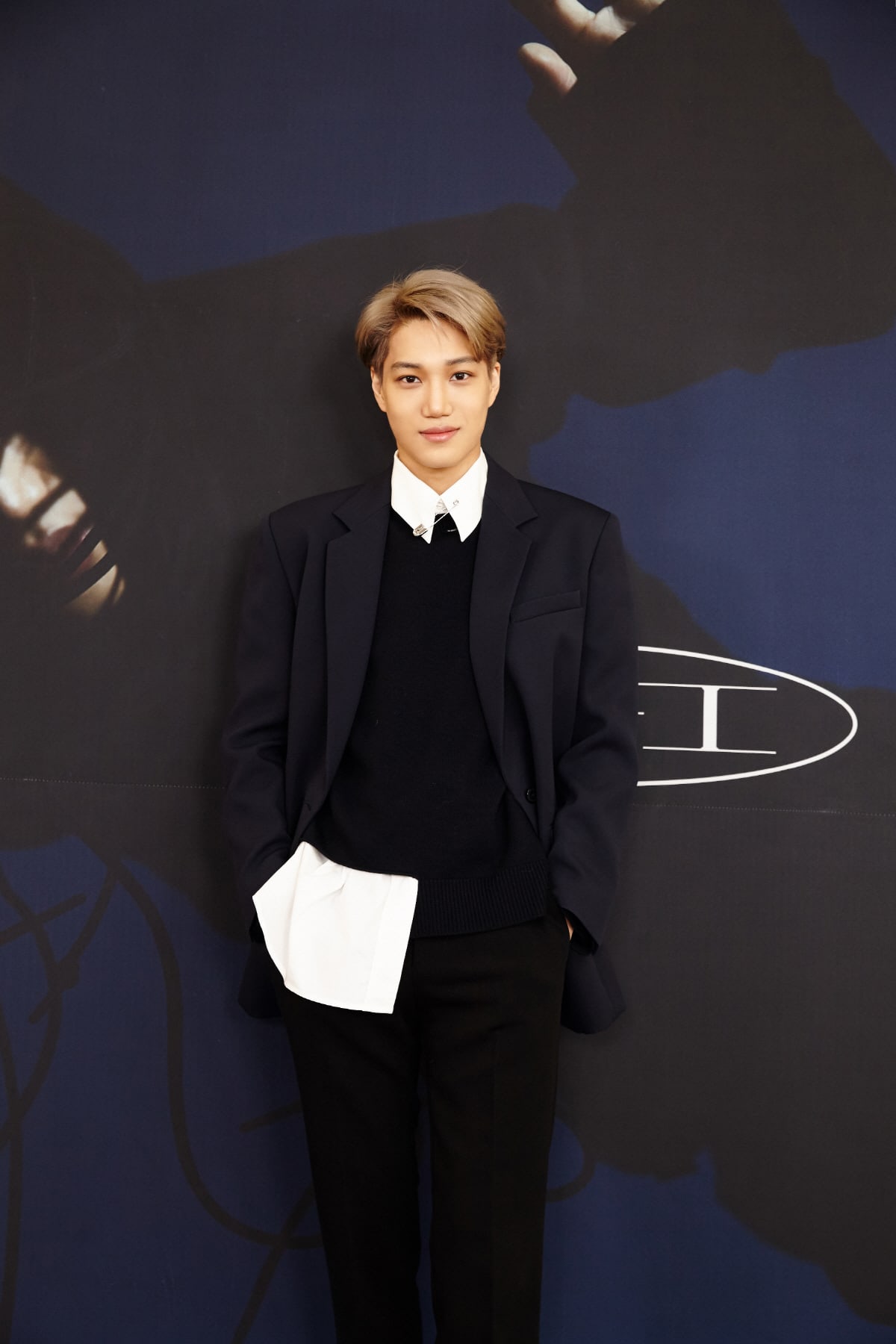 Before revealing the music video, Kai shared, “My special ability in EXO is teleportation. We tried to incorporate teleportation in my solo album too.” The artist explained that they put a lot of effort into the styling as well.

After watching the music video, Kai commented, “My heart hurts. Watching my first music video made my heart hurt and beat faster. Now it feels real.” He asked Baekhyun, “Did you feel this way too?” and Baekhyun replied, “When I first saw mine, I wondered, ‘Why am I so swollen?’ and could only see things like that. Kai’s music video definitely gives off the feeling of artist Kai.”

Kai explained that the title of the album meant “to open,” and it reflected his desire to open the hearts of the general public. For his goal, Kai revealed that he wanted to showcase his charm, voice, and dance as well as his diverse sides as an artist and a human to the general public. He explained that he personally picked all the songs that are in the album while thinking of what best matched his vocal tone and what performance he could show on stage.

Kai shared, “I love EXO’s albums more than anyone else, but I tried hard to showcase songs, dances, and clothing styles that I like a little bit more through my solo album. The people around me are different. While promoting with EXO, I’m with the good looking members, but now I have dancers, so I wonder if people can focus on me a little bit more.” 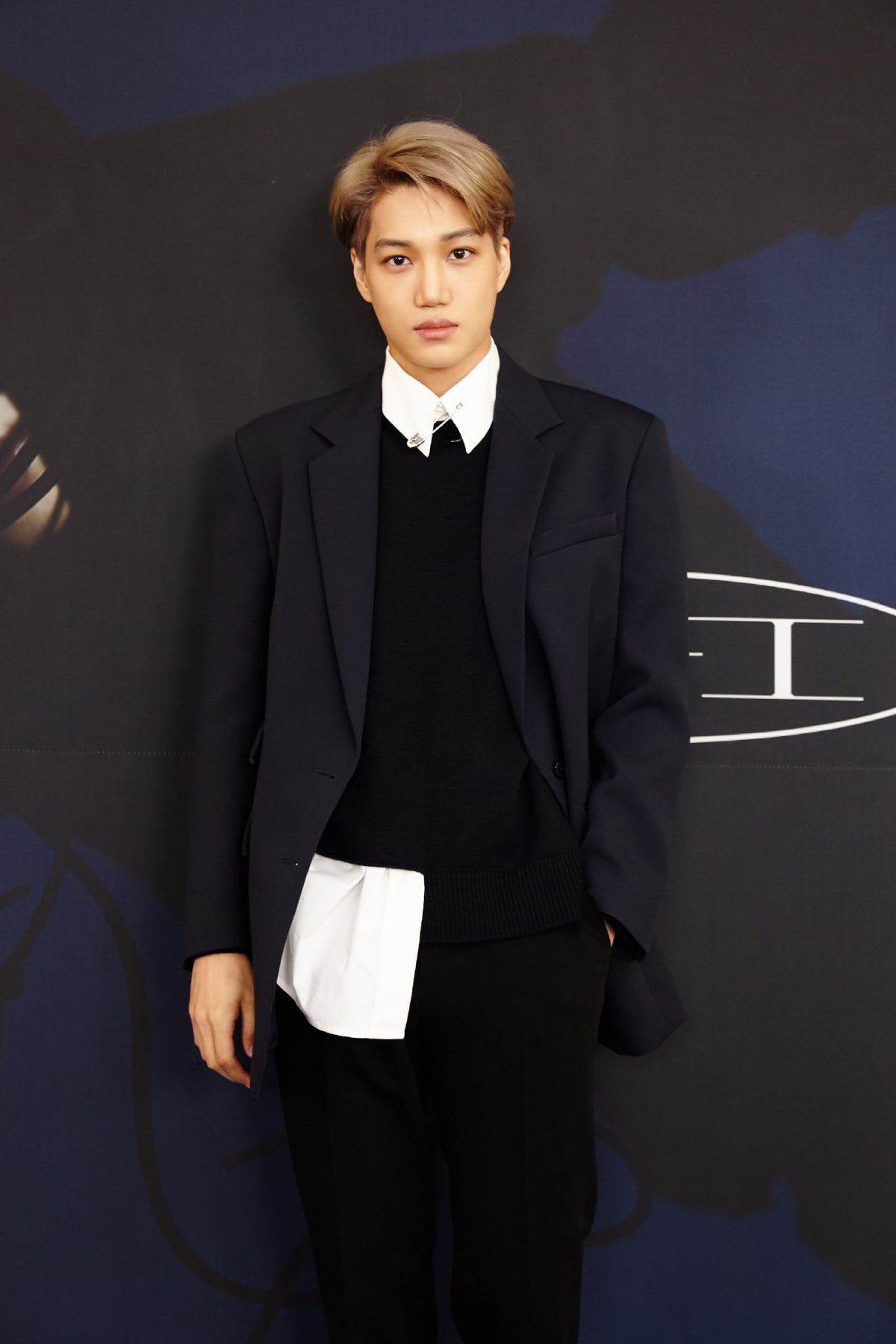 Furthermore, Kai talked about receiving help from his artist friends. Kai revealed, “Taemin promoted as a soloist first, so he gave me a lot of advice about how I should do things and what I should pay attention to more as a soloist.”

He continued, “While recording, I kept asking Baekhyun questions. The members directly helped me a lot. Rather than saying a simple, ‘Do well, hwaiting,’ they offered many ideas on how I could produce a greater quality album and what EXO-L would like.” He added, “While each of the members promote solo, they learn a lot and think a lot. I’m excited to see what synergy will be created when we reunite as EXO again after we level up.”

Finally, Kai expressed his gratitude towards fans. He shared, “I prepared hard with a thankful heart for our fans. It was a difficult and busy time, but I prepared while thinking of fans, and I could overcome everything. When I first debuted, self-satisfaction and the goals I wanted to achieve as an artist came first, but I’ve become sincere since I’ve received so much love from EXO-L and because they’ve approached me with sincerity. I hope fans think of this as a sincere expression my feelings. Rookie artist Kai begins now, so please look upon me well. ”

“Mmmh” is the title track on Kai’s first solo album “KAI,” which will be released at 6 p.m. KST later this day (November 30). Watch the pre-released MV for “Mmmh” here!

EXO
SHINee
Kai
Taemin
Baekhyun
How does this article make you feel?