MBC’s “Kairos” has released new stills ahead of tonight’s episode!

In the midst of this, new stills show Han Ae Ri coming face-to-face with Seo Do Kyun and piercing him with a cold stare. As the only person who knows of Seo Do Kyun’s affair, it remains to be seen what the woman who previously stopped Kim Da Bin’s (Shim Hye Yeon’s) abduction will do next. 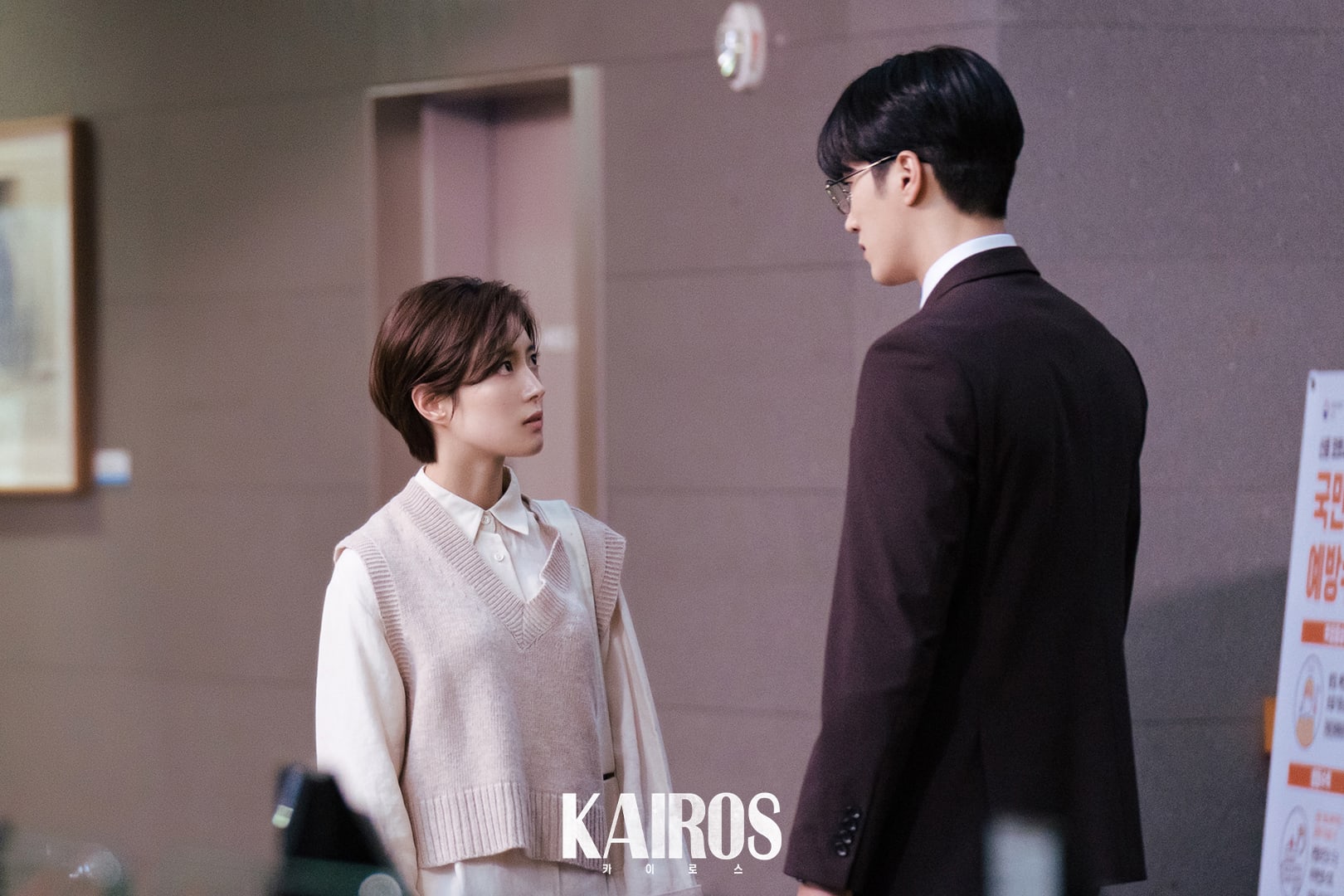