ENHYPEN Shares Thoughts On Making Their Debut And Advice Given By BTS, SEVENTEEN, And Bang Si Hyuk

ENHYPEN has officially made their highly anticipated debut!

On November 30, the group held a showcase for their first mini album “BORDER : DAY ONE.”

The members began by expressing their feelings about their debut. Jungwon commented, “I’m really nervous, but thank you so much for supporting us. Although I’m nervous, I want to perform well today.” Jake said, “I’m nervous thinking about how we’re showing everyone our songs and performances for the first time.”

Ni-ki commented, “Thinking about how many people are watching us makes me nervous.” Finally, Sunoo said, “Today is a very happy day where our dream to debut finally comes true.” 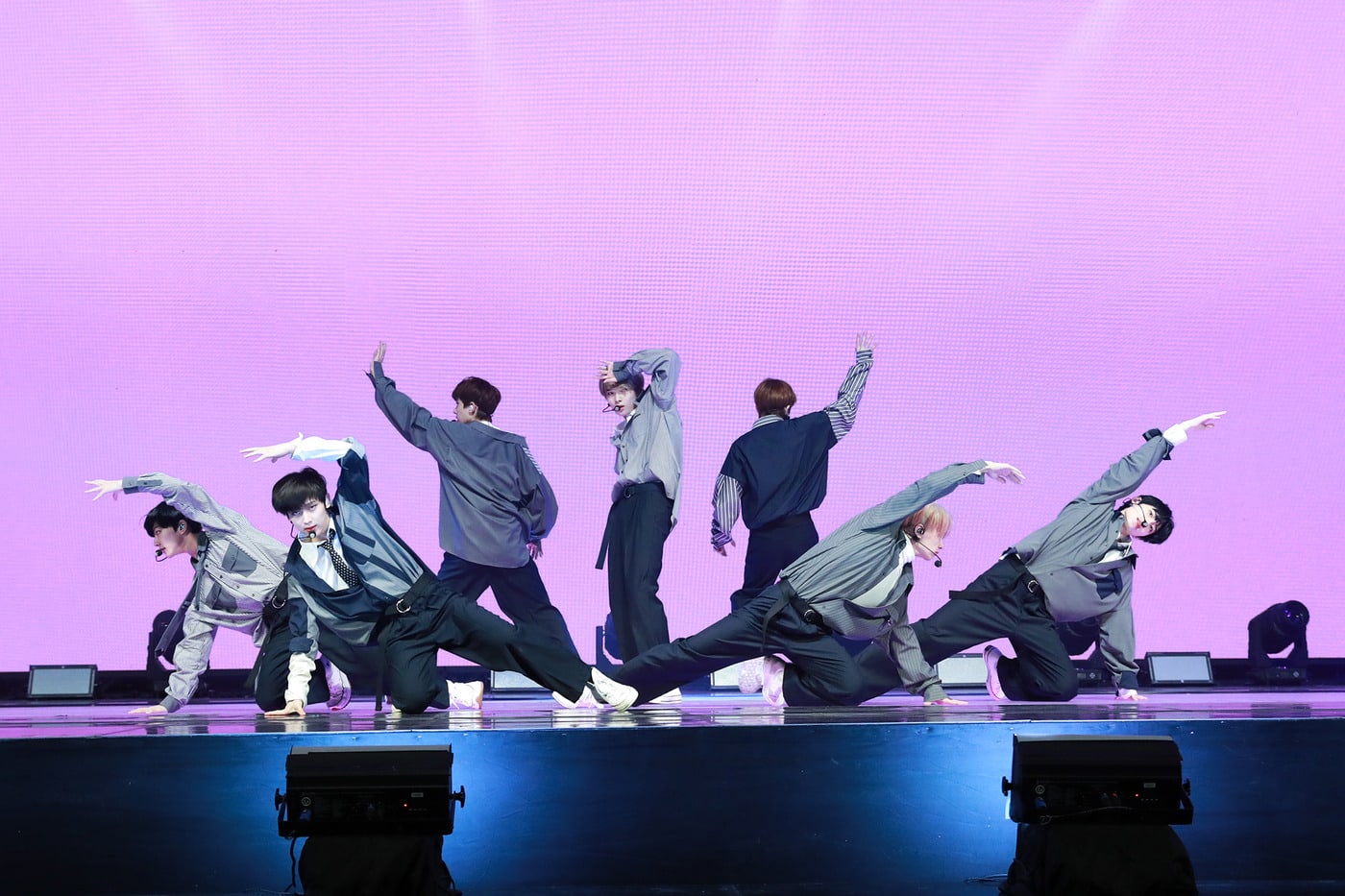 The group’s leader Jungwon is one of the younger members of the group. When asked about how the leader was chosen, Heeseung said that they went through a variety of tests and interviews. “Both Jungwon and I were candidates for the position, but I figured I would prefer the role of the eldest member or teammate better,” he explained.

Jungwon expressed his gratitude to the members for selecting him, saying, “I was surprised and thankful that the members chose me. I’ll work hard to lead them.”

ENHYPEN’s debut album contains stories that express the complicated emotions of the seven members who are facing their first day in a new world. Heeseung described the album, saying, “We included the emotions we felt as trainees who are becoming artists and as individuals who are becoming an idol group. Through our performance, we expressed connection, discovery, and the worries one faces during the process of growth.”

The title track “Given-Taken” is a dark and energetic pop-hip hop track that reveals the complicated emotions of the members who are standing at a new starting line after achieving their dream to debut. The title of the song refers to the question of whether the members were “given” their debut or whether they have “taken” it themselves.

Bringing up the group’s experience filming for the Mnet competition show “I-LAND,” Jungwon commented, “I couldn’t even check my phone while filming, so I didn’t hear much feedback.” He then added, “We gained strength and were able to work together as a team thanks to the support from fans around the world.” 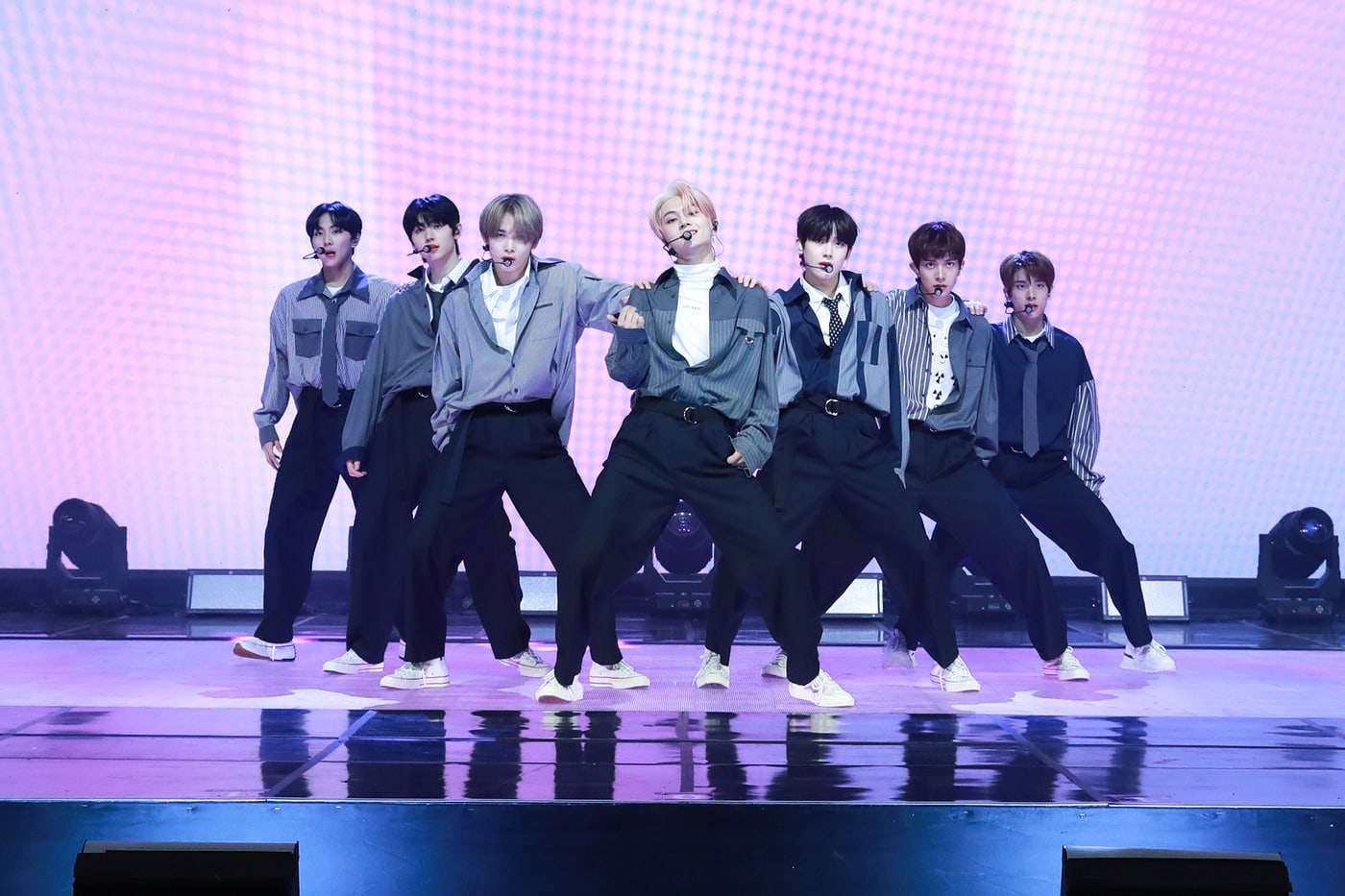 When asked if they had received any advice from Bang Si Hyuk, the members revealed that he had given them a congratulatory phone call the day after the group was officially formed. They said, “He told us that in K-pop, there are no artists without fans, and that we shouldn’t forget that it’s the love from our fans around the world that brought us here.” Ni-ki added, “He told us to become happy musicians.”

Jay then spoke about meeting with the members of BTS on “I-LAND,” who gave them presents as well as advice of their own. He revealed, “They said that they hoped we would have confidence in and love ourselves, and they said that pushing forward when things get rough will become our driving force.”

Speaking about the influence they’ve received from BTS, the group commented, “We dreamed about becoming artists while looking at BTS. We want to be able to show the world what we’re made of.”

Sunoo also talked about their visit from SEVENTEEN on the show. “We showed them our performance rehearsal, and they complimented us a lot. They taught us the choreography too and told us that facial expressions are important.” He added, “We’re going to remember their advice and use it as a foundation to put on better performances.”

Jake then revealed the group’s goals, saying, “While promoting as fourth generation idols, I want to hear that we’re an up-and-coming trend. I want to follow in our senior artists’ footsteps with good music and performances.”

Sunoo commented, “We’ve done a few live broadcasts and were surprised to see all the reactions from fans. We wanted to give the fans a sense of being together with us by sharing our daily lives and talking about how we were preparing for our debut.”

Check out the MV for ENHYPEN’s title track “Given-Taken” here!

BTS
SEVENTEEN
Bang Si Hyuk
ENHYPEN
How does this article make you feel?