KBS’s upcoming drama “Cheat on Me If You Can” has shared intriguing stills of Go Joon and Jo Yeo Jeong!

First off, Han Woo Sung appears at her book signing event. He stands nervously before her, and she stares at him with no clue about who he is. Next, he meets her at the restaurant, and they seem closer than before, but he is still as uneasy as ever. She holds a ring that seems to have been gifted by him, but there is no look of joy or surprise on her face. This hints that she is no ordinary woman who would be touched by a romantic proposal.

In another photo, Han Woo Sung kneels in front of Kang Yeo Joo and offers her a ring. However, it’s the piece of paper he has that catches her attention. The contract is labeled as one that surrenders his body to her, and the words “If you cheat, you die” are clearly printed on it. It seems like he has finally “won her heart,” and he sighs in relief. 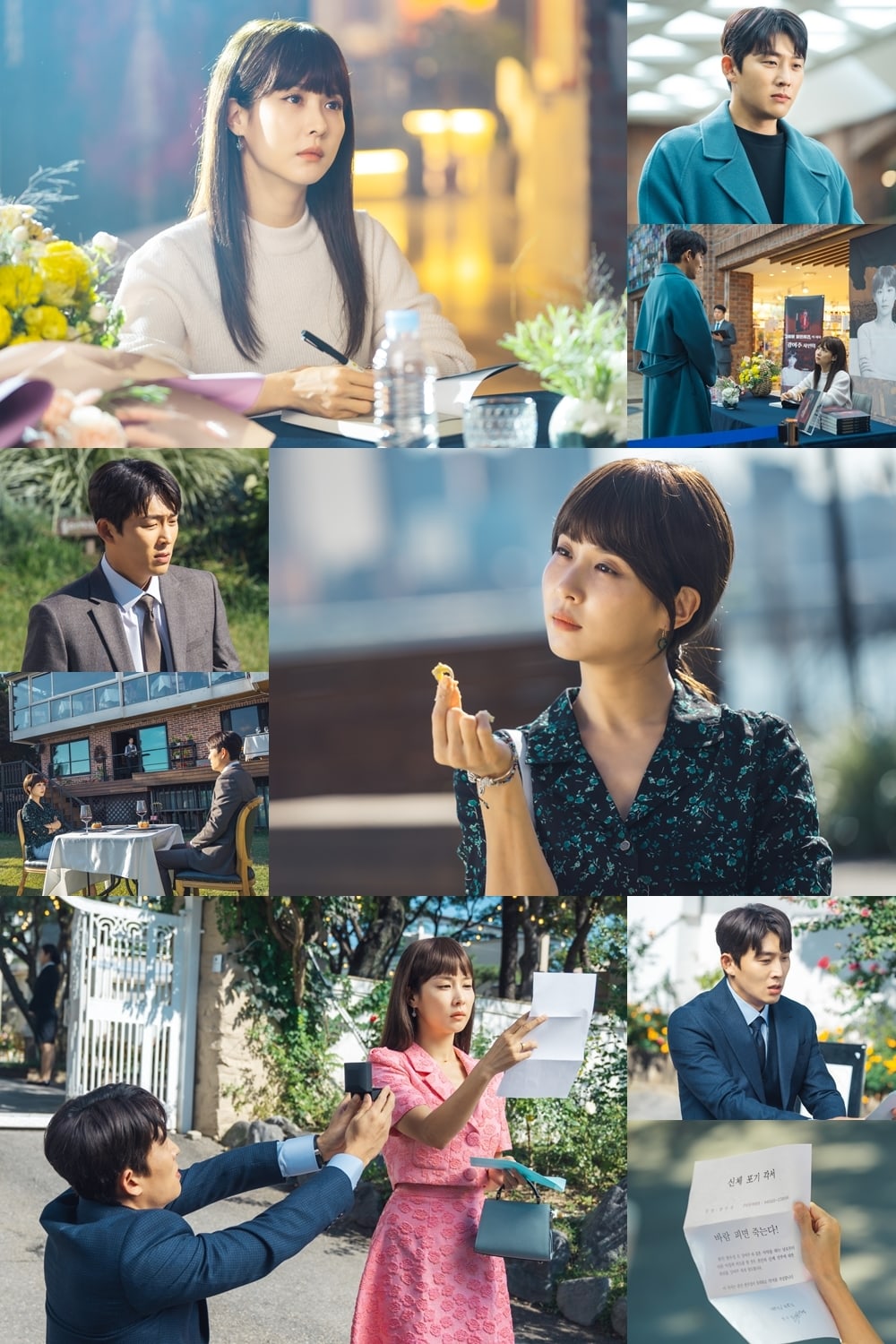 The drama’s production team shared, “Kang Woo Sung will try hard to win the heart of a woman he fell in love with at first sight at the Sillim Casanova gosiwon (type of housing arrangement typically leased by students studying for an important exam). The drama will reveal why he went so far as to sign a contract to win her over, so please look forward to the first episode that will air this week.”

“Cheat on Me If You Can” will premiere on December 2 and will be available on Viki.

Check out the teasers here: