MBC’s “Kairos” has released new stills ahead of tonight’s episode!

Previously, the future Seo Do Kyun (Ahn Bo Hyun) broke down in devastation after seeing a dead Kang Hyun Chae (Nam Gyu Ri). He also intercepted Kim Seo Jin’s call from Han Ae Ri, and through talking to his past self, he experienced a “time-crossing” moment.

In the midst of this, new stills show Seo Do Kyun clinging onto Kang Hyun Chae’s hand. He gazes at her with nervous eyes, and she looks up at him with an unreadable expression. 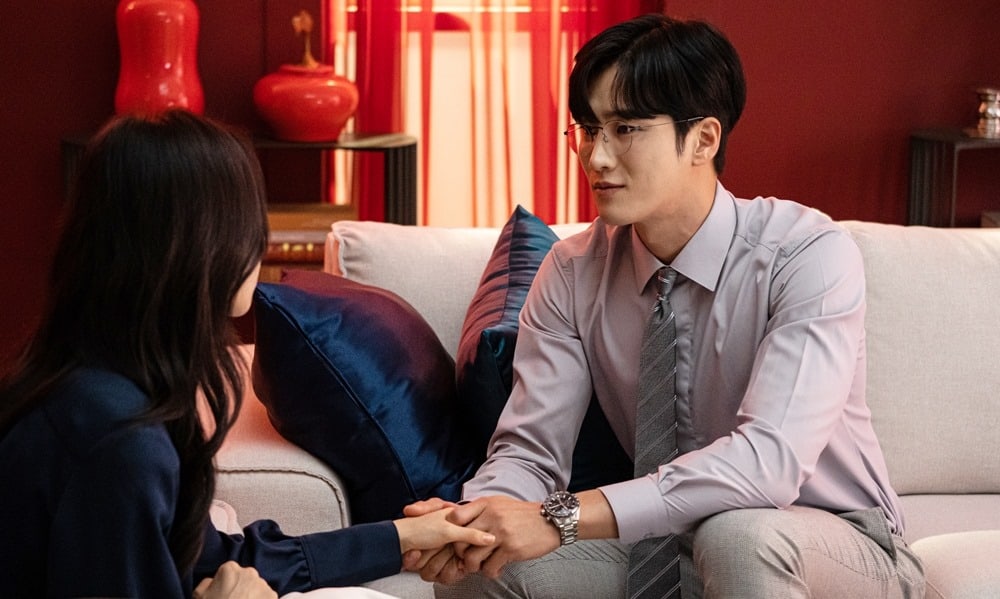 Things are getting more tense and twisted in “Kairos” with Kang Hyun Chae’s diabolical schemes. In the previous episode, she requested the composition of Kim Seo Jin’s medication and even teamed up with Lee Taek Kyu (Jo Dong In) for a secret deal. Kang Hyun Chae isn’t afraid to commit murder in order to achieve her goals, so viewers are eager to find out what exactly she has up her sleeve this time.