Namgoong Min stars in the drama as Do Jung Woo, the eccentric but brilliant team leader of a special task force at the National Police Agency, while AOA’s Seolhyun plays passionate police officer Gong Hye Won. Lee Chung Ah takes the role of FBI agent Jamie, who was adopted as a young child and returns to Korea to solve the serial killer case connected to her lost memories of her childhood from 28 years ago.

The first episode shocked viewers with the frightening serial murder that was disguised as a suicide. Do Jung Woo and Gong Hye Won launched an investigation to find out the truth. Towards the end of the episode, it was revealed that Jamie was involved in the incident, and Do Jung Woo stared at her with wary eyes, heightening the curiosity about the link between them.

The new stills depict the pair having a tense conversation in a dark residential alley. Jamie is backed into a wall, and Do Jung Woo stares at her with penetrating eyes. Unfazed, she doesn’t break eye contact, and suffocating tension increases between the two. How exactly are these two connected, and will they be able to cooperate in order to solve the greatest mystery of all? 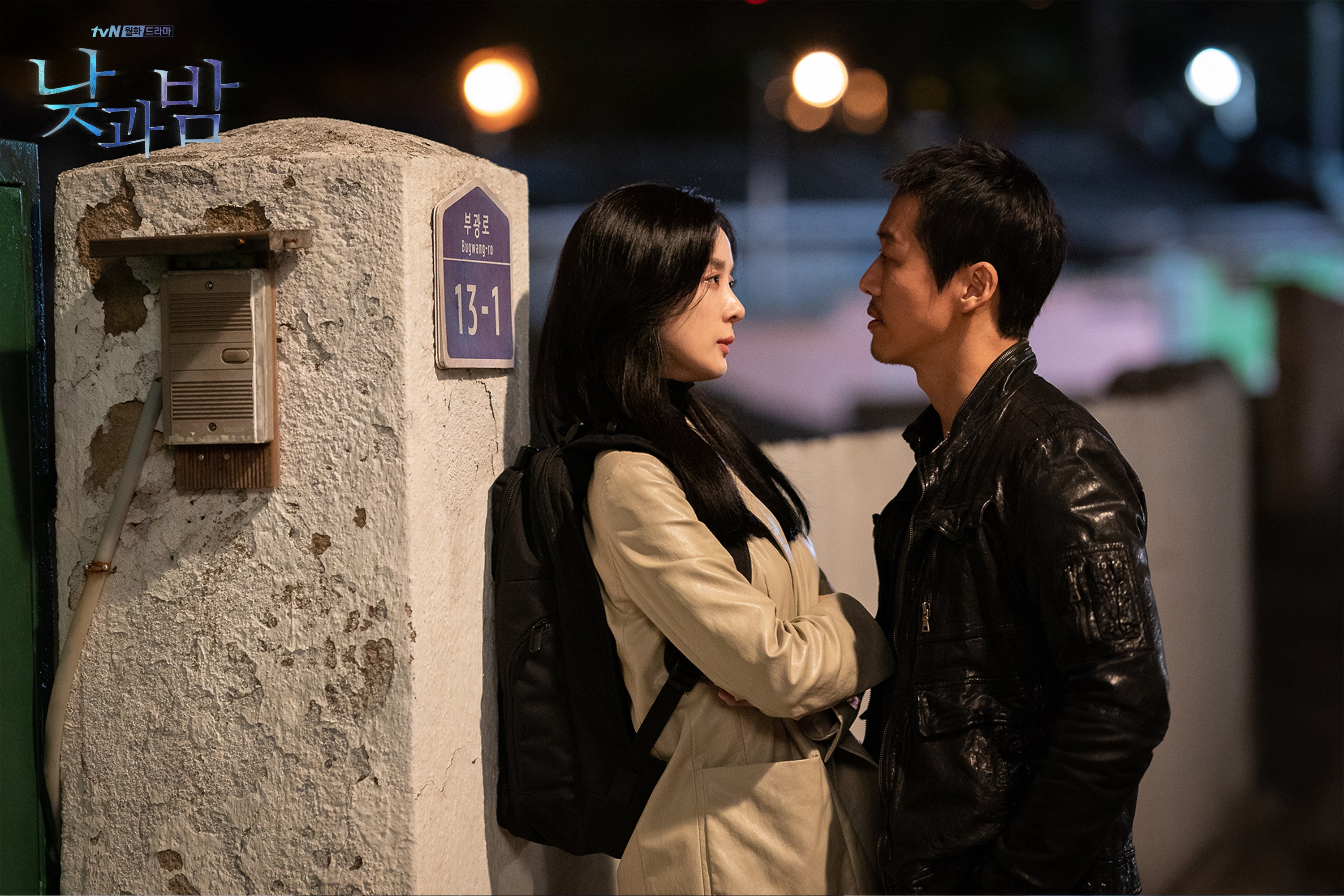 The drama’s production team stated, “In the second episode that airs today, Jamie will join the special task force and showcase tense teamwork with Do Jung Woo. The relationship between Do Jung Woo and Jamie will further boost the tension of the drama, which is already at its highest due to the mysterious serial murder case. Namgoong Min and Lee Chung Ah has created special synergy with their perfect acting. Please look forward to the next episode.”

The second episode of “Awaken” will air on December 1 at 9 p.m. KST.

Watch the first episode on Viki below:

Lee Chung Ah
Namgoong Min
Awaken
How does this article make you feel?