EXO’s Kai and Baekhyun sat down to watch Kai’s “Mmmh” music video together!

Kai made his solo debut on November 30 with his album “KAI,” featuring the title track “Mmmh.” On December 2, fans got to see Kai and Baekhyun reacting to the stunning MV for his title track through a new video.

The guys were amazed in the first scene by the CGI, and Kai shared that it had been very cold while filming one of the dance scenes. Baekhyun got absorbed in the video and let out yells of approval, bouncing along to the track. They commented on Kai teleporting in the video, and Kai said, “I watched all of our individual ‘EXODUS’ teasers recently. Your [superpower] was light and mine was teleportation. This is reminding me of back then.”

Baekhyun complimented Kai’s shoulders and his outfits in the video. He also leaned over to pause during the scene where Kai’s chest is exposed. “I bet some of you must be pressing the space bar here,” Baekhyun commented.

The pair were amazed by the surprise ending of the video, which shows a large rock with symbols on it for Xiumin and D.O.’s superpowers over ice and earth, and they guessed that it might be related to their upcoming return. 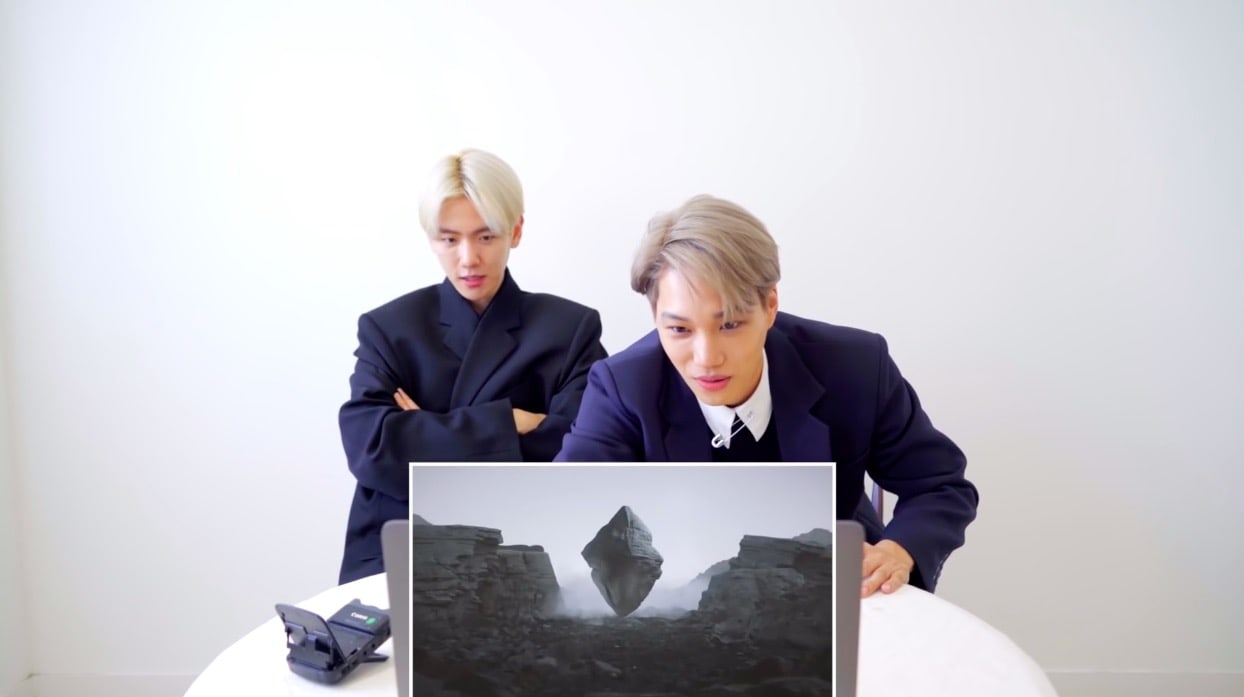 After the MV was over, Baekhyun praised Kai by saying that he’s leveled up, achieving a mature sexy vibe. Kai shared that watching the video objectively made him notice things that he was disappointed about. Kai went on to thank Baekhyun for joining him and said to fans, “You’ve been waiting so long, please support me a lot and show a lot of love.”

EXO
Kai
Baekhyun
How does this article make you feel?