JTBC’s upcoming drama “She Would Never Know” has unveiled a sneak peek of its two leads!

In the newly released stills from the upcoming drama, Yoon Song Ah and Chae Hyun Seung work side by side as they sport matching employee IDs. During a meeting in the conference room, Yoon Song Ah exudes a relaxed, confident air as an experienced employee in her third year at the company, while Chae Hyun Seung looks adorably eager as a rookie addition to the team. Although he may lack Yoon Song Ah’s professional poise, the twinkle in his eye reveals his determination to do well in his first year on the job.

Another photo captures the two co-workers in a tense moment as they glance up from Yoon Song Ah’s desk together in the office. Chae Hyun Seung’s usual puppy-like smile is gone, and his gaze is wary as they both pay close attention to something happening off-camera—piquing viewers’ curiosity as to what might have the two employees on edge. 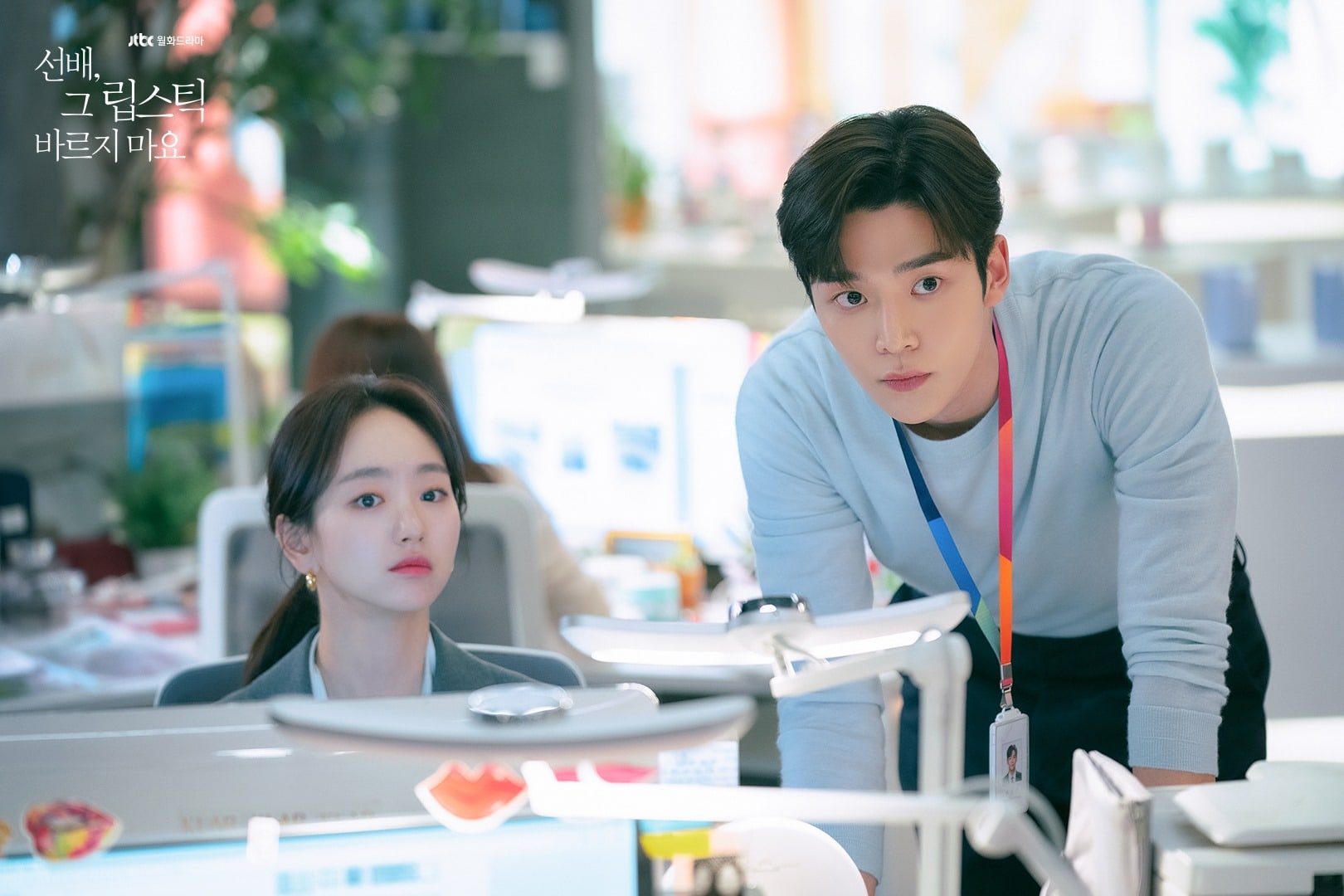 “She Would Never Know” is currently slated to premiere in January 2021, following the conclusion of JTBC’s “Live On.”