KBS’s “Cheat on Me If You Can” shared new stills ahead of the second episode!

In the first episode, viewers were intrigued about the convenience store part-timer Cha Soo Ho (Kim Young Dae). He saved Kang Yeo Joo from a group of angry protestors and even knew about her preferences for drinking a can of beer with a straw. The drama shared a glimpse of his mysterious home, where dozens of photos of Kang Yeo Joo hung on his wall. Later on, it was revealed that Cha Soo Ho is actually a spy for an employee of her publishing company.

New stills show Cha Soo Ho visiting Kang Yeo Joo at her house while she is in the middle of yoga. His eyes are sharp and dangerous, and he holds a knife in his hands. The preview for the second episode showed her yelling for her housekeeper, and viewers are keen to find out why he unexpectedly showed up at her home and with a weapon, nonetheless.

The stills also give a glimpse of Baek Soo Jung (Hong Soo Hyun), one of the women Han Woo Sung is having an affair with, looking wary and alarmed, as if she is in danger. Detectives Jang Seung Chul (Lee Si Eon) and Ahn Se Jin (Kim Ye Won) of the violent crimes unit and art college student Go Mi Rae (Yeonwoo) will be making their entrance in this episode as well. 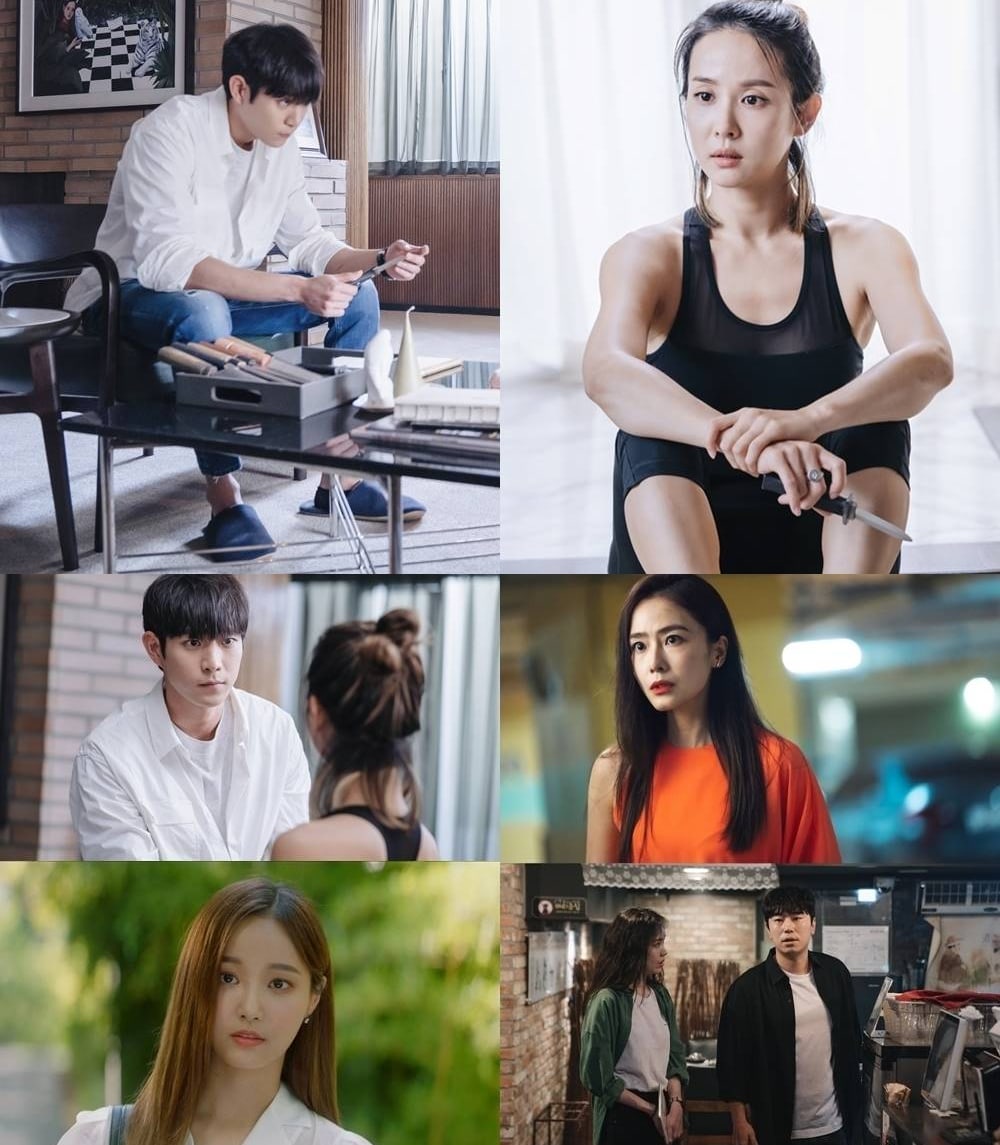 The drama’s production team shared, “The second episode will reveal why Cha Soo ho is holding a knife in the middle of Kang Yeo Joo’s living room. In addition, there will be the mystery of the disappearance of Baek Soo Jung, who had dinner at Kang Yeo Joo and Han Woo Sung’s home the day before. Please look forward to what kind of stories the new characters will add, and the stories of those who will be involved in a huge incident.”

Watch the first episode on Viki:

Jo Yeo Jeong
Lee Si Eon
Hong Soo Hyun
Yeonwoo
Kim Ye Won (1987)
Kim Young Dae
Cheat on Me If You Can
How does this article make you feel?