BTS’s Jin has revealed the heartwarming way V cheered him up on his birthday!

On December 4, Jin rang in his 28th birthday (by international reckoning), and he held a special Naver V Live broadcast to celebrate the occasion with his fans. Early on in the broadcast, he mentioned that he had received a text message from V just before going live, and he called his bandmate for a brief chat.

During their phone conversation, Jin mysteriously told V, “Wow, you’re really the best,” then asked if he could tell the fans the “moving story” of what V had done for him. Although V seemingly protested, Jin declared, “No, but I need to tell this story. Thank you, thank you.” 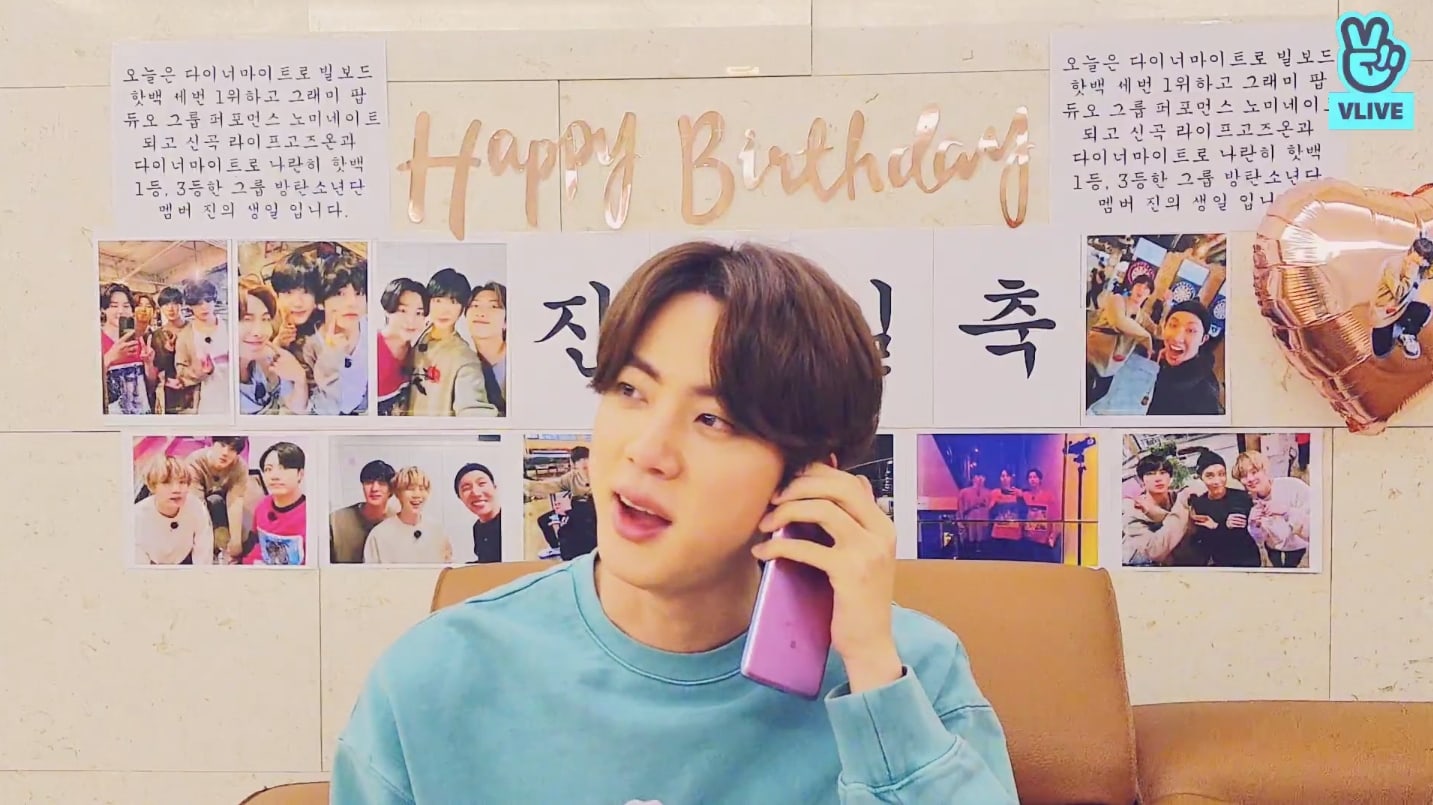 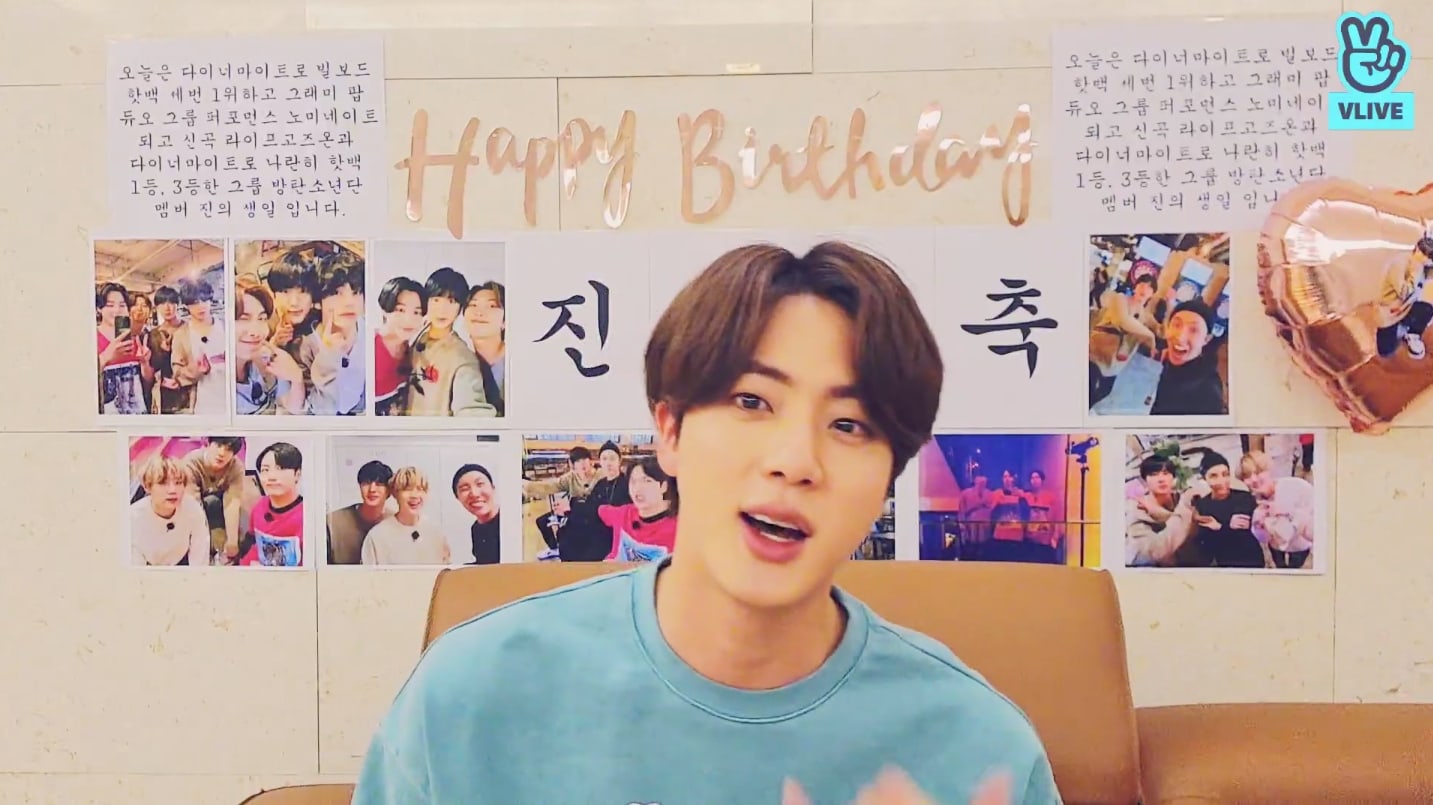 “I saw my friends receiving tons of messages on their birthdays,” he continued, “so I was anticipating [receiving a lot] as well. But I got six messages. I got messages from my mom, my older brother, two BTS members including J-Hope, a childhood friend, and an employee from our company. That was it. I waited until 1 a.m., but I didn’t get many messages, which made me really sad. It made me think, ‘I must not have lived my life properly.'”

“But when I woke up this morning,” Jin went on, “I had received about 10 messages. So I [changed my mind] and thought, ‘I did live my life properly after all.'”

Jin then revealed, “Right before I went to sleep at 1 a.m., I told the other BTS members, ‘Wow, I waited until 1 in the morning, but no one sent me any messages.’ So Taehyung contacted his friends and told them, ‘It’s Seokjin [Jin]’s birthday today, so I’d appreciate it if you could film a short video message wishing him a happy birthday.'”

Jin went on to explain that thanks to his bandmate’s efforts, he had received birthday wishes from many of V’s celebrity friends, including actor Park Seo Joon. “So some of the people Taehyung hangs out with, like [Park] Seo Joon, sent me video messages,” said Jin. “There were many of them, about seven or eight, and I wish I could name all of them now—but there were a couple of people I didn’t recognize, and I don’t want to be rude, so I can’t list them all.”

“At any rate, many of V’s friends including Park Seo Joon sent me video messages, so that I wouldn’t feel insecure—to show me how many people were thinking of me and celebrating my birthday,” he continued. “They all said, ‘Happy Birthday, Seokjin,’ and it was so touching. I was really moved by V, and I was so grateful to him for having organized it.”

“Even just now,” he added, “he told me over the phone that he had gathered more video messages for me and said, ‘See, hyung, you’re someone who is so loved by many.'”

Clasping his hands together in an adorable display of gratitude, Jin concluded his story by telling V, “Thank you!” 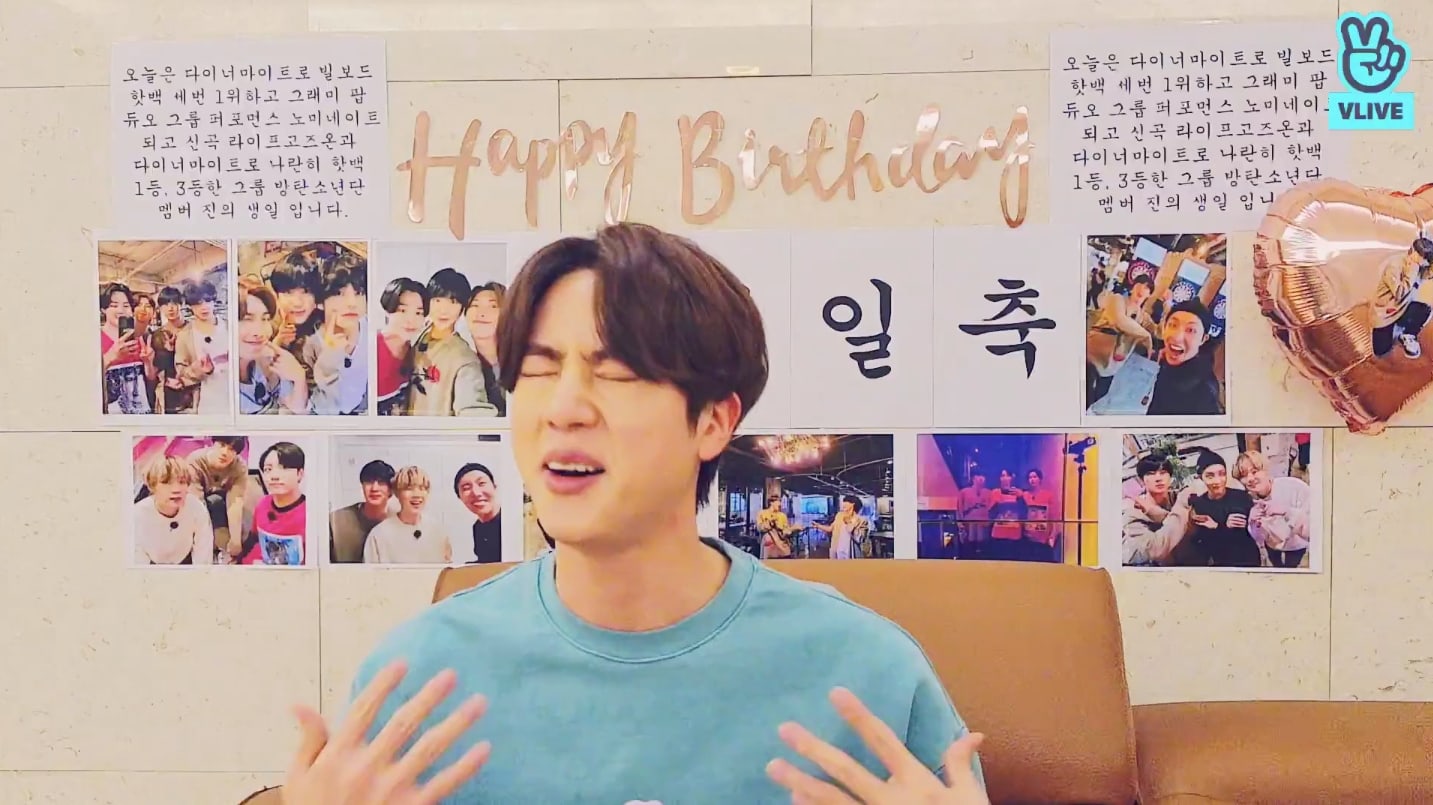 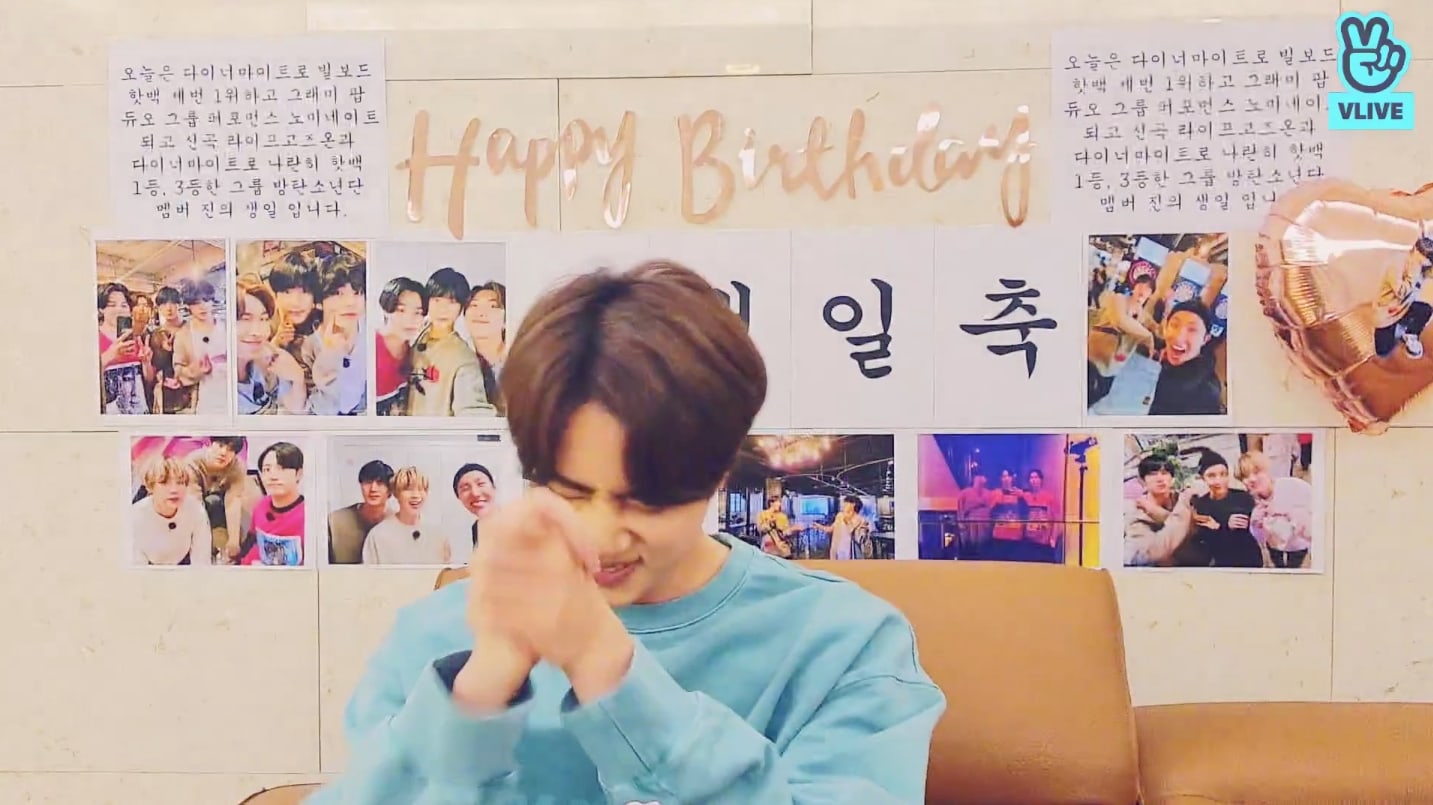 We hope Jin had a very happy birthday and knows just how many people out there love him!

Park Seo Joon
BTS
Jin
V
How does this article make you feel?