“Mr. Queen” is an upcoming tvN historical fusion drama about a man from modern times whose soul gets trapped in the body of a queen from the Joseon dynasty.

Shin Hye Sun stars as Kim So Yong, the Joseon queen with the soul of Jang Bong Hwan, a chef who works in the Blue House. Kim Jung Hyun stars as King Cheoljong, who is a weak and ineffective king on the outside but is stronger and sharper than he appears. Bae Jong Ok plays Queen Sunwon, who holds the reins of true power from behind the throne, and Jo Yeon Hee plays Queen Shinjeong, an ambitious and greedy woman who seeks to gain authority and control of everything.

The newly released stills show a glimpse of an intriguing meeting between the the three most powerful women in the palace. Queen Suwon, the most powerful of them all, shows off her extraordinary aura with her charismatic eyes and glistening royal robes. Queen Shinjeong sits to her left and beams warmly, but her eyes are filled with slyness and arrogance.

Kim So Yong sits before them with a bright grin, but her eyes dart around for the truth. It’s not easy for her to distinguish between the two different queens and address them in the proper way. Although they are difficult to approach, she manages to win them over with her social life skills from the modern world. Viewers are eager to find out more about their relationship and how Kim So Yong will be able to survive this era’s strict principles and rules. 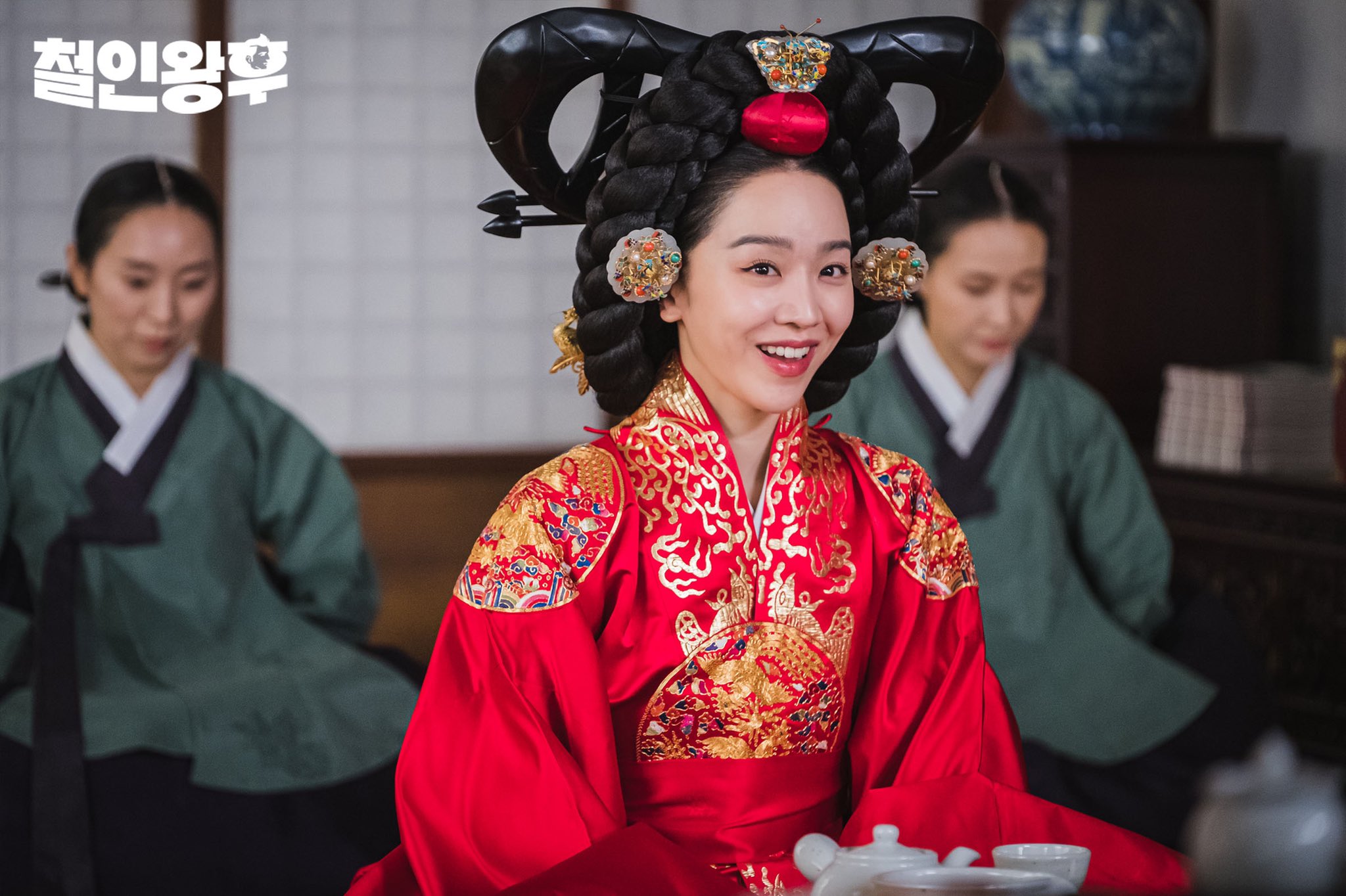 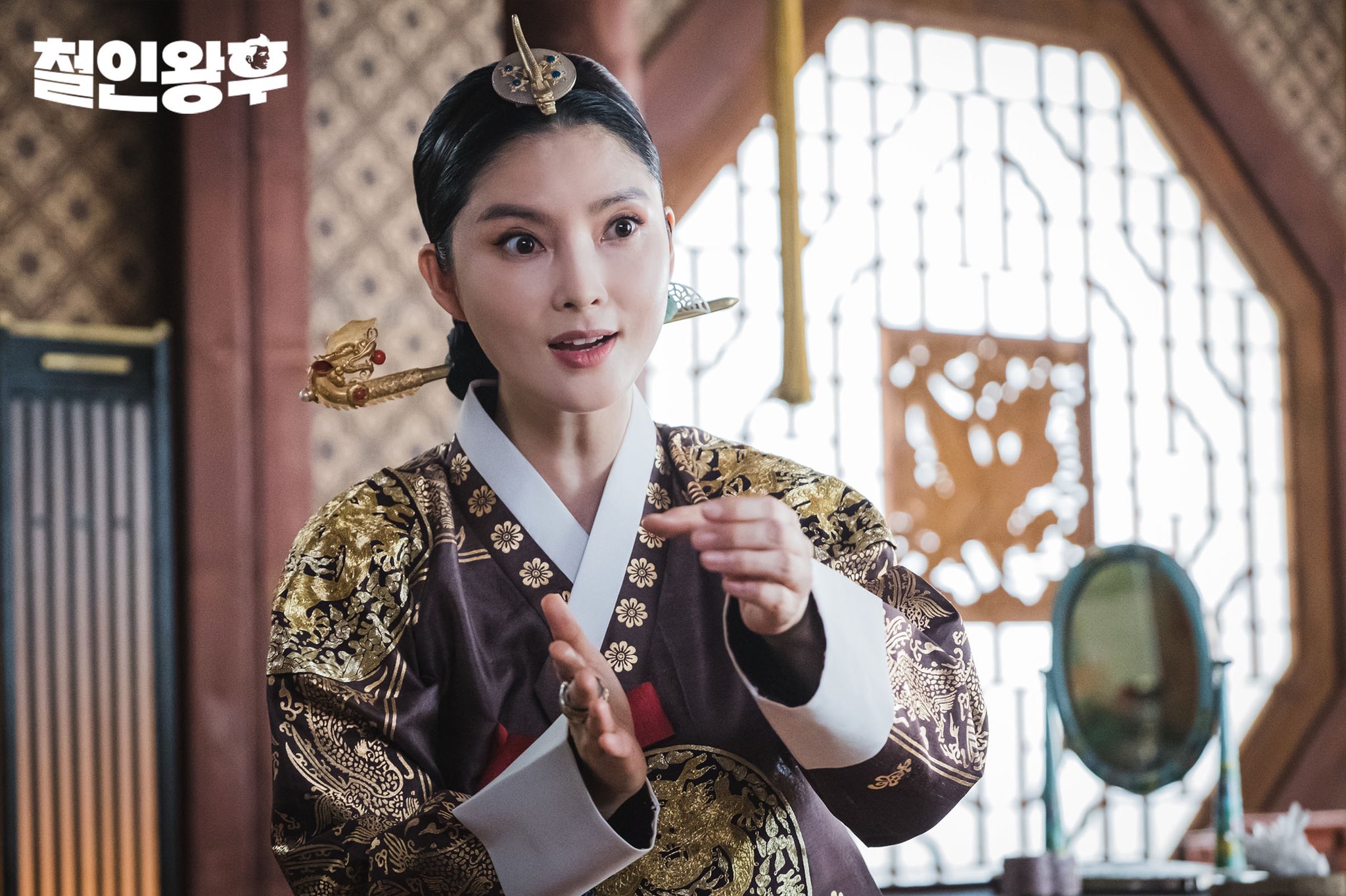 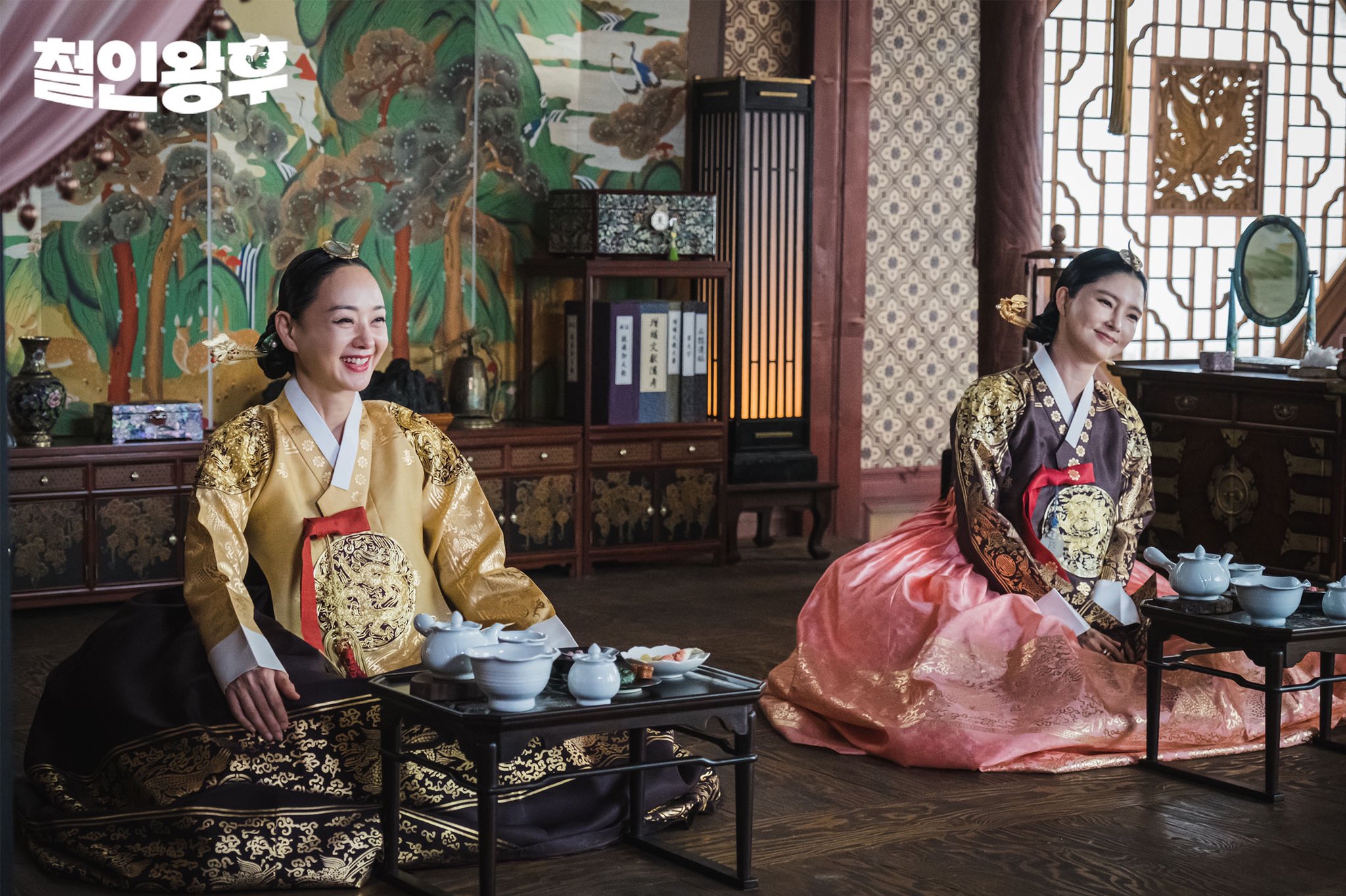 One other key point besides the comic relief is the thrilling palace that is filled with secrets, rumors, and fight for power. The drama’s production team shared, “The war of nerves between the powerful women of the royal family will be both hilarious and thrilling. It will be interesting to see how Queen Kim So Yong will become the center of it. You can look forward to the unexpected hilarious synergy between Shin Hye Sun and Bae Jong Ok.”

“Mr. Queen” premiers on December 12 at 9 p.m. KST and will be available on Viki.