Watch: Cast Of “Live On” Enjoy Filming In Different Places In Making-Of Video

The video opens with NU’EST’s Minhyun, VICTON’s Byungchan, and Noh Jong Hyun at the internet cafe. During break time, they play computer games, and Byungchan excitedly teaches Noh Jong Hyun what to do. However, the actors are quick to delve into professional mode for rehearsal. The director can’t help laugh at Byungchan, who eagerly taps away on his keyboard, and he asks, “Yoo Shin (Byungchan’s character name), what are you working so hard on?” In response, Byungchan looks back with a dazed smile on his face.

During another breaktime, Byungchan talks about how social his character is. He boasts how Kim Yoo Shin can get along with anyone, and he says, “Please trust the power of Yoo Shin. Anyone can be friends with him. Have you ever seen someone like this before?” 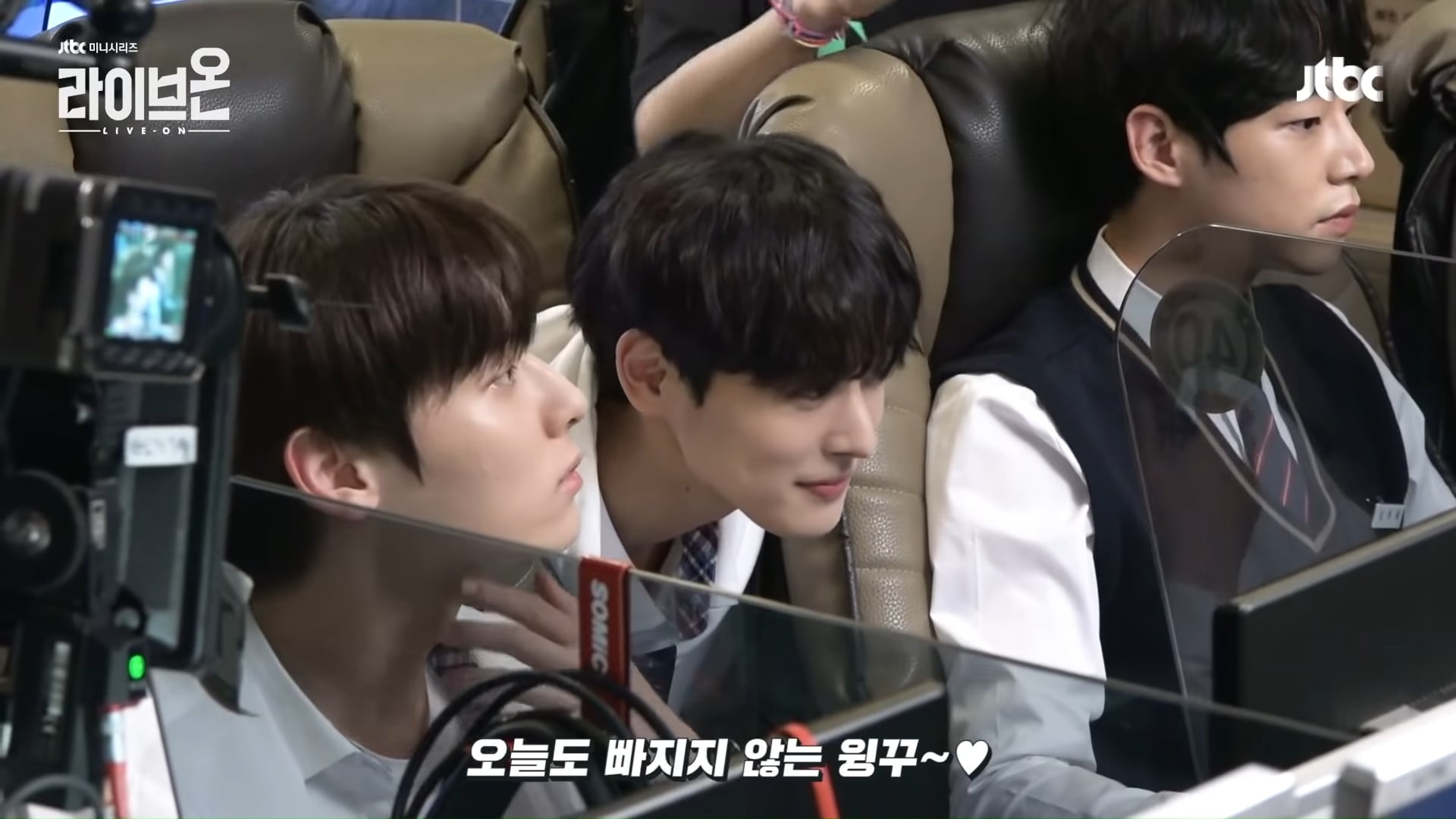 Next, Minhyun and Jung Da Bin film at a vinyl LP record store.

While waiting to film, Minhyun asks Jung Da Bin what was the last movie she saw at the movie theater. She admits she doesn’t remember, and after a pause, he says, “I think mine was ‘Avengers,'” causing her to stare at him in shock. Jung Da Bin expresses her desire to go to the movie theater, and Minhyun comments, “I like movie theater snacks. I like the popcorn there. They even sell things like tteokbokki (spicy rice cakes).”

When asked if they have any interest in vinyl LP records, Jung Da Bin says yes. Minhyun asks, “What does that mean?” Laughing, she explains, “I am interested in them, but I don’t really come to the store.” Minhyun goes on to say, “It’s my first time at a record store. What I realized was that many people use these records for interior design. After seeing them today, I think they’re very pretty.” 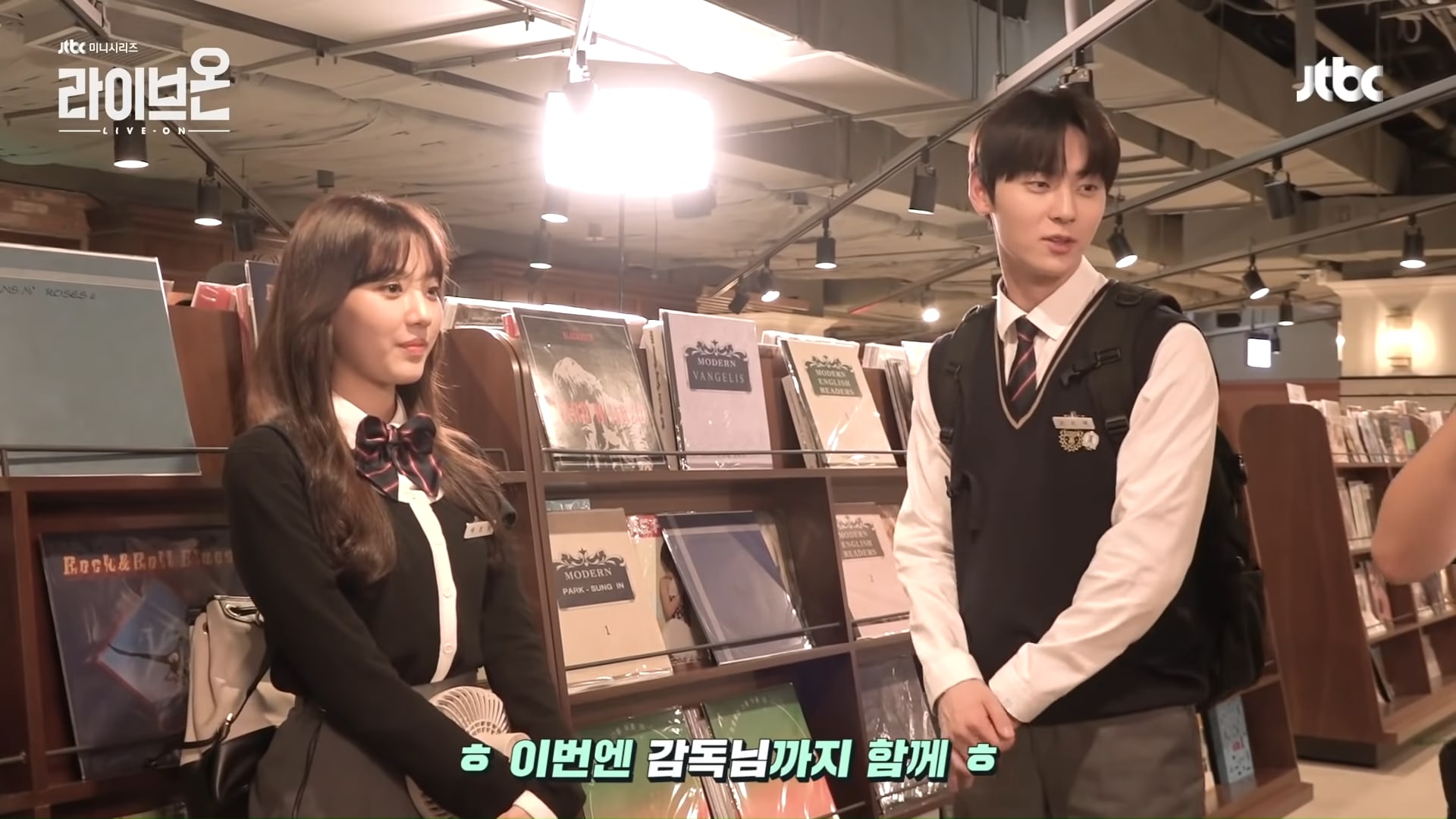 The two actors also film outdoors, and they laugh and joke around during rehearsals. During shooting, the director suddenly stops them and laughs as he asks Jung Da Bin not to glare at Minhyun with so much disgust. Minhyun jokes, “You’re so mean.” Flustered, she laughs and promises not to look at him that way.