Ahead of the second-last episode of tvN’s “Start-Up,” the drama has released new stills of Suzy and Nam Joo Hyuk.

In the new stills, Seo Dal Mi (Suzy) stands before a colorful backdrop of wishes made by new start-up founders. She meets Nam Do San (Nam Joo Hyuk) there and the two of them gaze at each other with wistful and longing looks, before moving closer and sharing an affectionate touch. 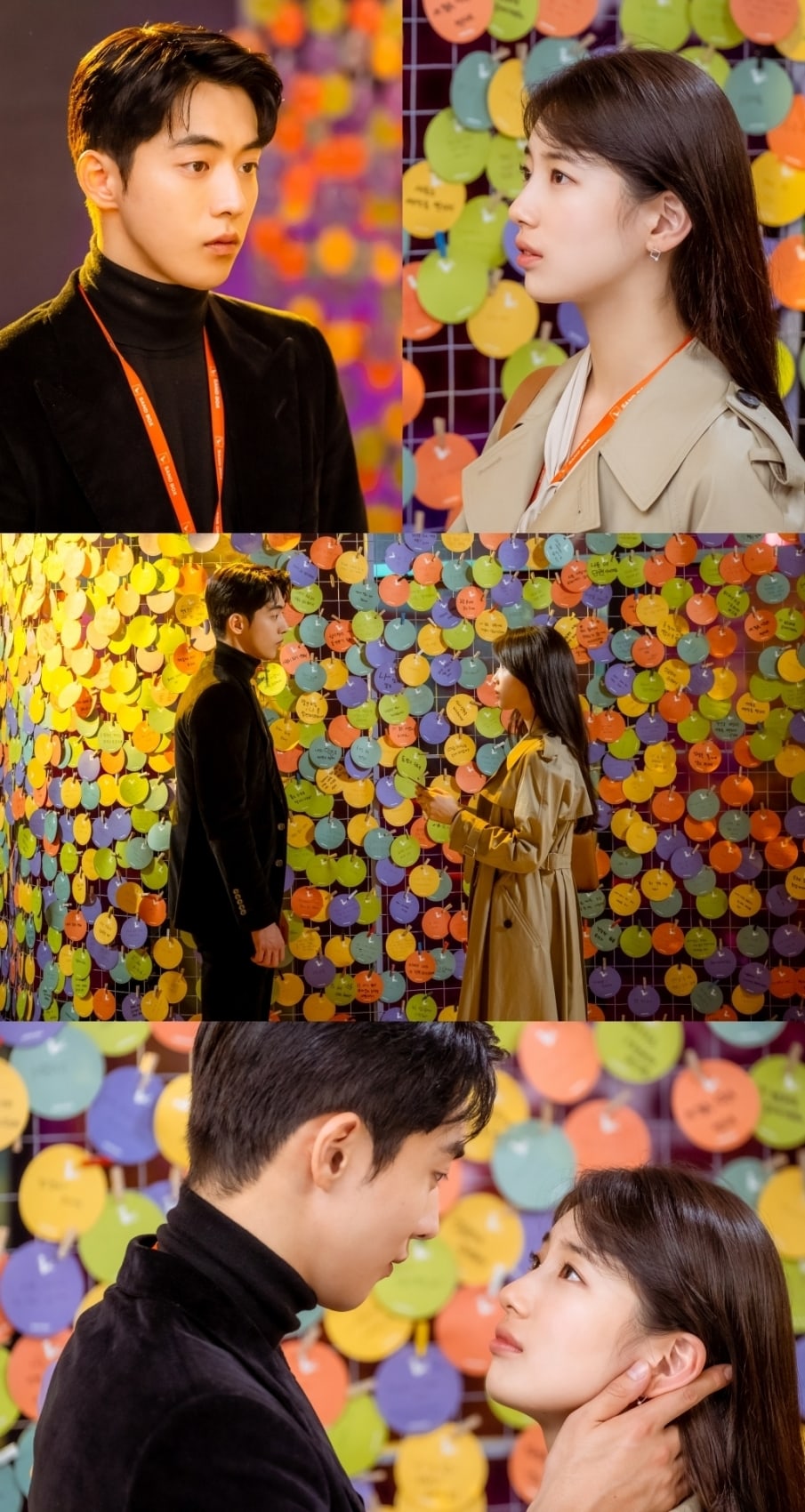 This is a meaningful place for the couple, as three years ago, the two characters wrote their wishes and added them to the wall. For their reasons for joining a start-up, Suzy wrote that she wanted to ride the elevator to the top, while Nam Do San wrote that he wanted to turn a misunderstanding into reality.

Although the two are closer to their dream of a successful start-up than they were at the time of their wishes, misunderstandings still persist between the couple. Nam Do San mistakenly believes that Seo Dal Mi and Han Ji Pyeong (Kim Seon Ho) are a couple, and Seo Dal Mi was hurt by Nam Do San seeming to push her away.