Get ready for a vicious physical fight on the next episode of SBS’s “The Penthouse”!

Previously on “The Penthouse,” Ha Yoon Cheol (played by Yoon Jong Hoon) discovered that his wife Cheon Seo Jin (played by Kim So Yeon) was having an affair with Joo Dan Te (played by Uhm Ki Joon). As a result of his emotional outburst after seeing them together, Ha Yoon Cheol injured his hand, which in turn led to a grave medical error during surgery.

Cheon Seo Jin was able to use her power to pull some strings and prevent her husband from being punished for the accident, but in exchange, she warned him that he would never able to divorce her unless she agreed. Meanwhile, Lee Gyu Jin (played by Bong Tae Gyu) also learned about Cheon Seo Jin and Joo Dan Te’s affair after finding Min Seol Ah (Jo Soo Min)’s cell phone and watching the footage she had filmed.

On December 5, the hit drama shared a sneak peek of an explosive brawl between Ha Yoon Cheol and Joo Dan Te from its upcoming episode. After the tensions between the two men finally reach their breaking point, they angrily grab each other by the collar and attempt to exchange blows.

Intriguingly, despite initially trying to break up the fight, Lee Gyu Jin ultimately winds up getting involved himself: one of the photos shows the enraged lawyer throwing something at the other men out of fury. Additionally, the three men are all smartly dressed in tuxedos for a special occasion, raising the question of what caused them to suddenly attack one another during what was intended to be an elegant evening. 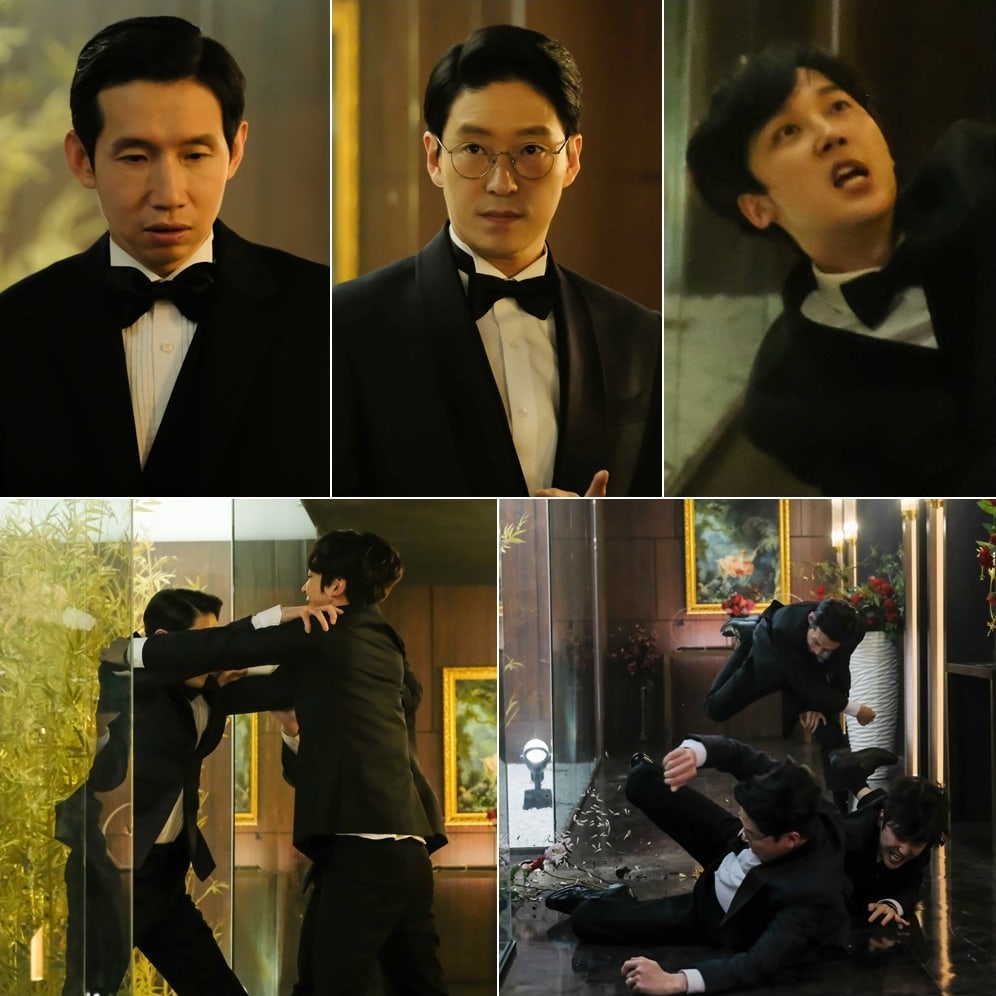 The producers of “The Penthouse” praised the three actors’ teamwork, commenting, “Although the Hera Club trio is extremely vicious in the drama, thanks to their cheerful and refreshing chemistry off-camera, they always fill the set with smiles and laughter.”

They added, “Please look forward to learning the hidden story behind the fight between these three men.”

The next episode of “The Penthouse” will air on December 7 at 10 p.m. KST.