Kakao M’s upcoming drama “A Love So Beautiful” released its first posters of WEi’s Kim Yo Han and So Ju Yeon!

“A Love So Beautiful” is a Korean remake of the popular 2017 Chinese drama of the same name, and it is about the bright and energetic high school student Shin Sol Yi (So Ju Yeon) and her next-door childhood friend Cha Heon (Kim Yo Han), whom she has been crushing on for 17 years. The drama will tell the story of their first love as well as their close friends.

The upcoming digital drama will have 24 episodes with each episode being approximately 20 minutes long.

In the new teaser posters, Kim Yo Han and So Ju Yeon capture the heart-fluttering excitement of first love. Already, viewers are anticipating Kim Yo Han’s transformation into the cold and handsome Cha Heon and So Ju Yeon’s new role as the straightforward Shin Sol Yi, who’s an expert at confessing. With a beautiful forest path in the background, Cha Heon and Shin Sol Yi shine brightly as they look into each other’s eyes and hold hands. 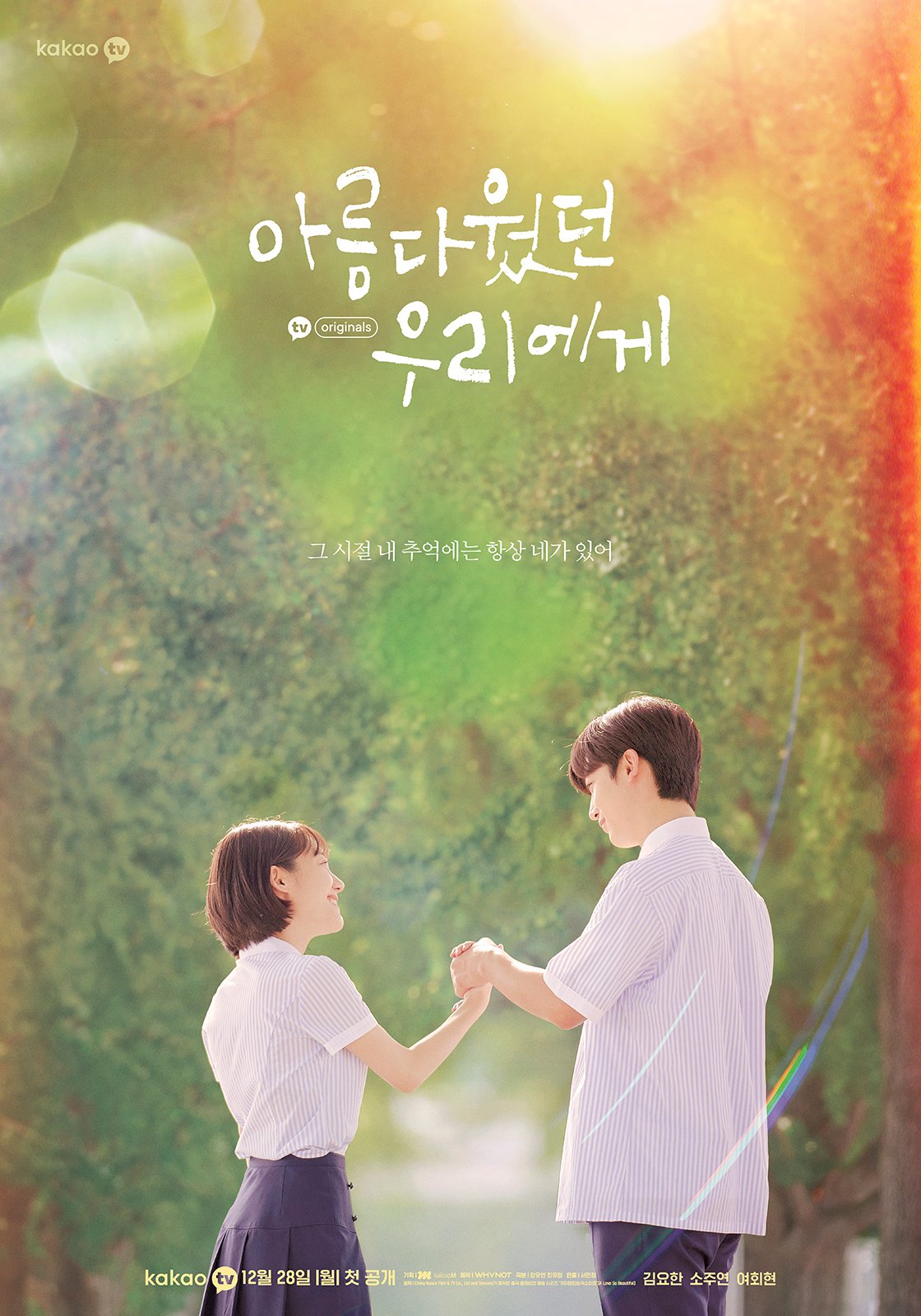 The posters also display the text, “In my memories of those days, you’re always there,” raising anticipation for the actors’ sweet and romantic chemistry as well as their portrayal of first love.

Kim Yo Han, who will be taking on his first acting role in a drama, will be playing Cha Heon, the perfect student at Yooil High School who has it all from brains to good looks. Although he seems cold-hearted because of the way he states the truth with an indifferent expression, he’s actually a warmhearted character who is clumsy at expressing his feelings. Having showcased his charisma on stage and cuteness on variety shows, Kim Yo Han will captivate viewers with a new side in his role as the cold yet affectionate Cha Heon.

So Ju Yeon will paint a heart-fluttering first love as Shin Sol Yi, a character who has been in a one-sided love with Cha Heon for 17 years. Shin Sol Yi confesses to Cha Heon whenever she has the chance, and she spreads positive energy to those around her with her clumsy yet lively and optimistic personality. Even before news of her casting, fans were hoping for So Ju Yeon to take on the role of the lovable Shin Sol Yi.

An animated teaser was also shared along with the posters. Check it out below!

“A Love So Beautiful” will premiere on December 28.

A Love So Beautiful
Kim Yo Han
So Ju Yeon
WEi
How does this article make you feel?