“Run On” is about people trying to connect with each other in their own languages after having lived in different worlds and at different paces. Im Siwan will star as Ki Sun Kyum, a former track and field athlete who retires after a life-changing event and becomes a sports agent, while Shin Se Kyung will star as Oh Mi Joo, an adventurous foreign film translator.

The newly released stills depict Ki Sun Kyum and Oh Mi Joo talking outside someone’s house. Ki Sun Kyum makes a bold fashion statement in his leopard print shirt, an odd choice for the former athlete who is used to living his daily life in a routine manner. However, the peaceful smile on his face reveals his true nature.

As if surprised by Ki Sun Kyum’s odd choice of clothing, Oh Mi Joo fixes him with a look of bewilderment as he engages her in conversation. In another still, she appears embarrassed as he brushes past her. 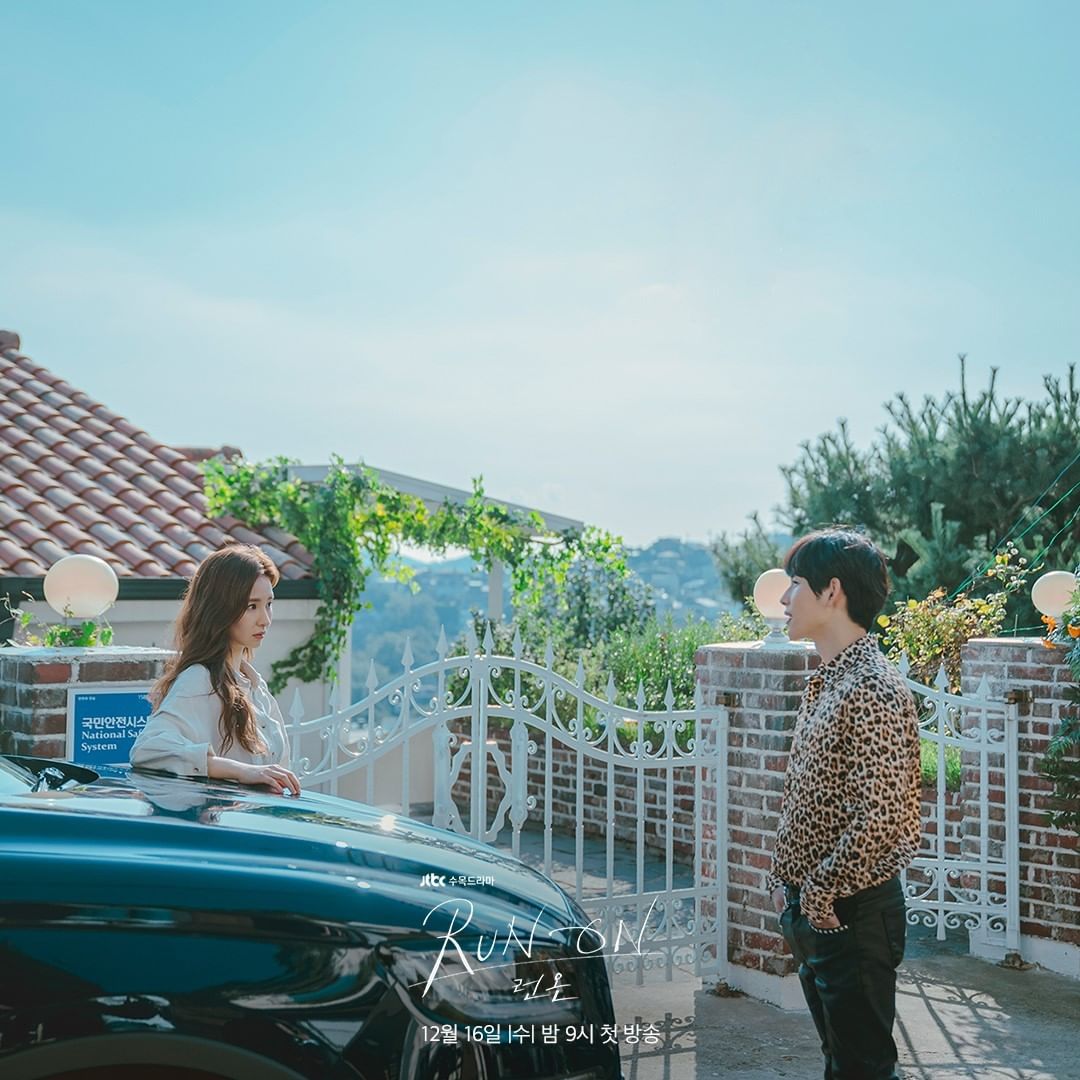 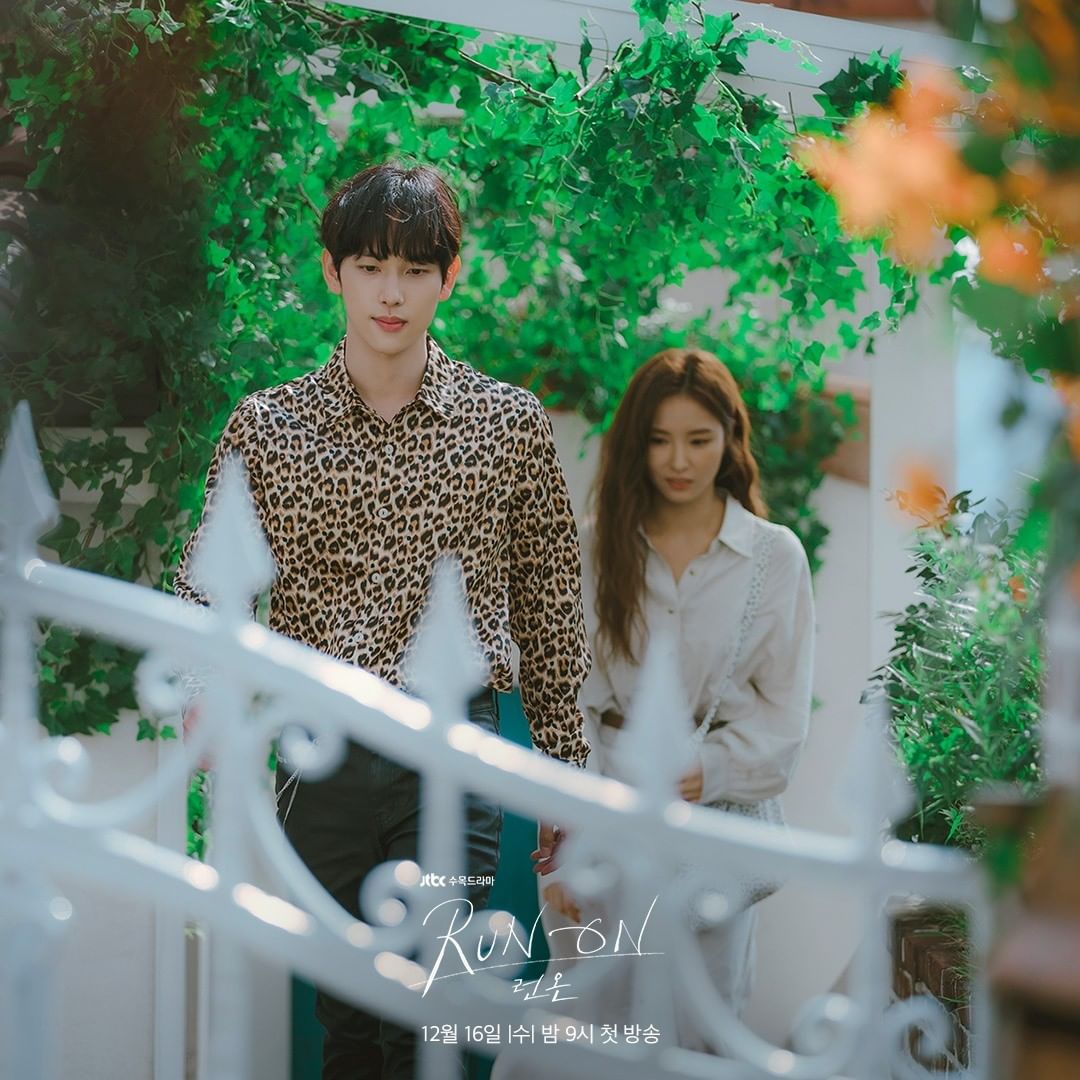 The drama’s production team commented, “Ever since the read-through, all of the actors have been enjoying the unusual lines in the script. In addition, they have perfectly brought out the flavor of the lines by bringing those conversations to life. It is through these unpredictable moments that Ki Sun Kyum and Oh Mi Joo will get closer to one another as they connect through their own languages. That interesting, beautiful, and sometimes cute process is what gives ‘Run On’ its appeal. We hope the viewers will enjoy it together.”