“Mr. Queen” is an upcoming historical fusion drama about a man from modern times whose soul gets trapped in the body of a queen in the Joseon dynasty.

Shin Hye Sun stars as Kim So Yong, the Joseon queen with the soul of Jang Bong Hwan, a chef who works in the Blue House. Kim Jung Hyun stars as King Cheoljong, who is a weak and ineffective king on the outside but is stronger and sharper than he appears.

Although King Cheoljong appears to be nothing but a figurehead, he keeps a keen eye on government proceedings. By his side are his old friend Hong Byul Gam (Lee Jae Won) and Young Pyeong Goon (Yoo Min Kyu), his half brother and top military officer. As the only two people who know King Cheoljong’s secret, they are expected to play an interesting role in the drama’s plot.

In the new stills, King Cheoljong covertly whispers something to Young Pyeong Goon, and he also shares a sharp look with Hong Byul Gam. Although he is often teased in a lighthearted manner, Hong Byul Gam is known as the source of all information within the palace. As a military officer, Young Pyeong Goon protects King Cheoljong but also lends him a listening ear in the lonely walls of the palace. After the highlight reel in which King Cheoljong hid a knife despite his soft smile, drama fans are curious to see what kind of fight the trio could be preparing for. 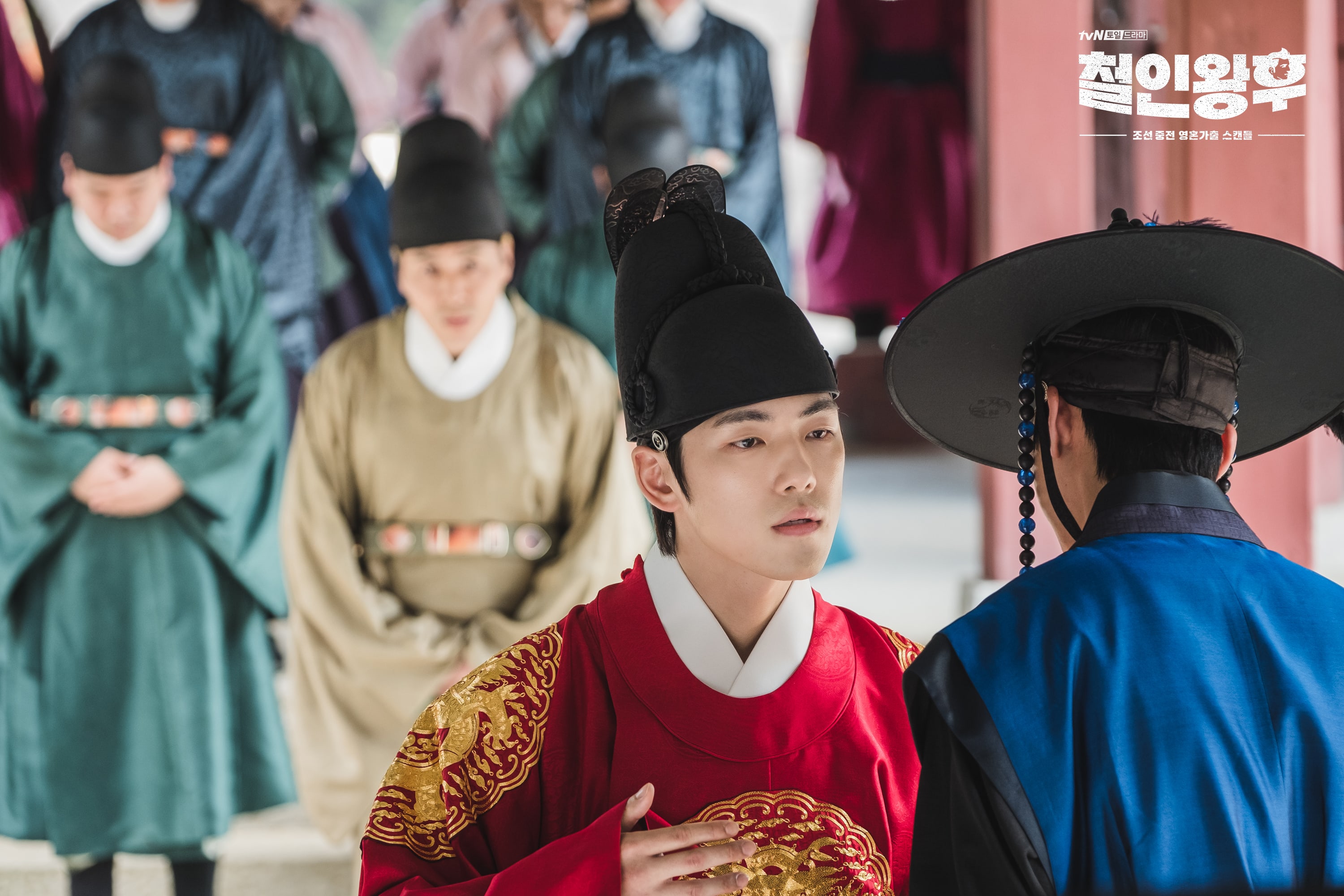 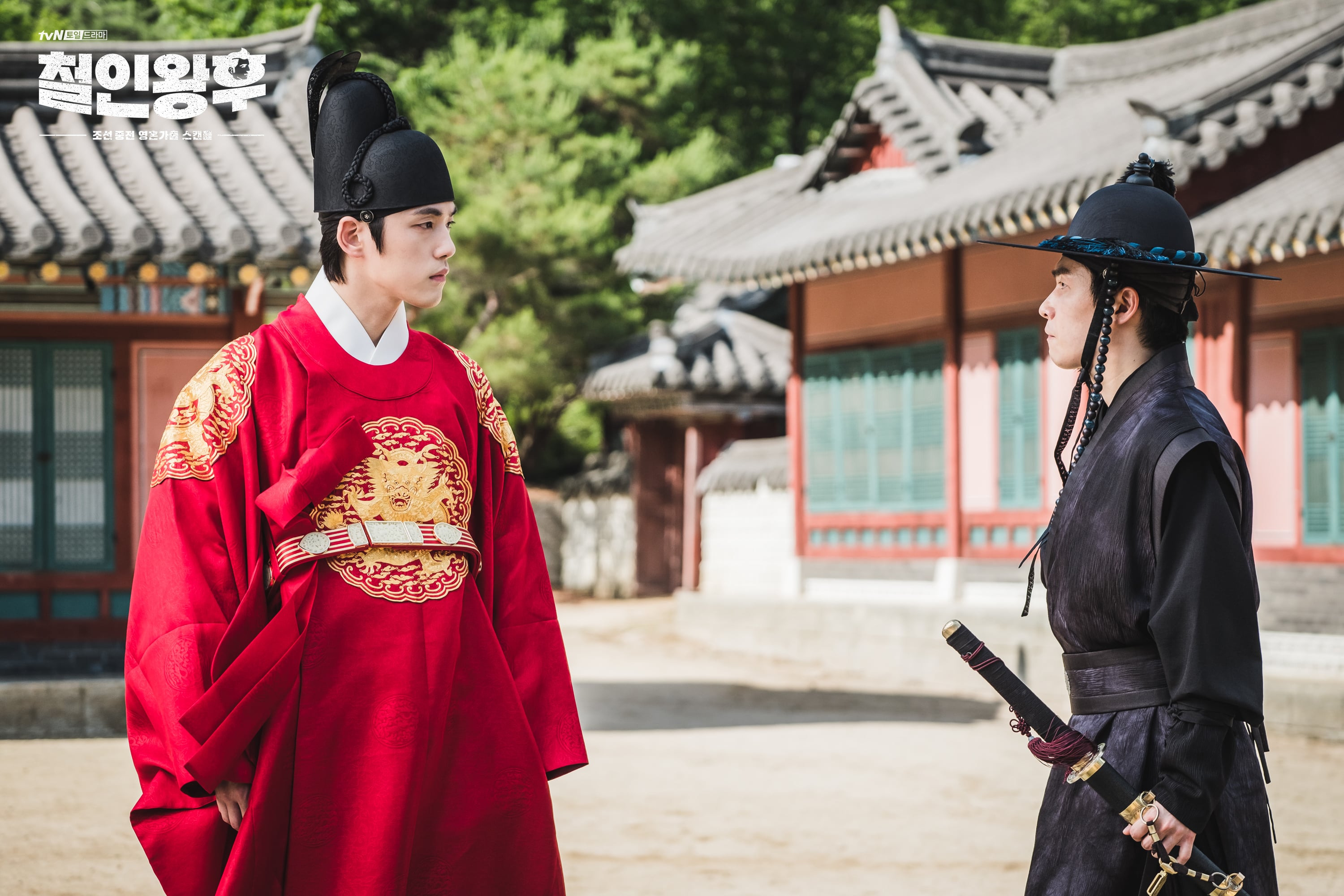 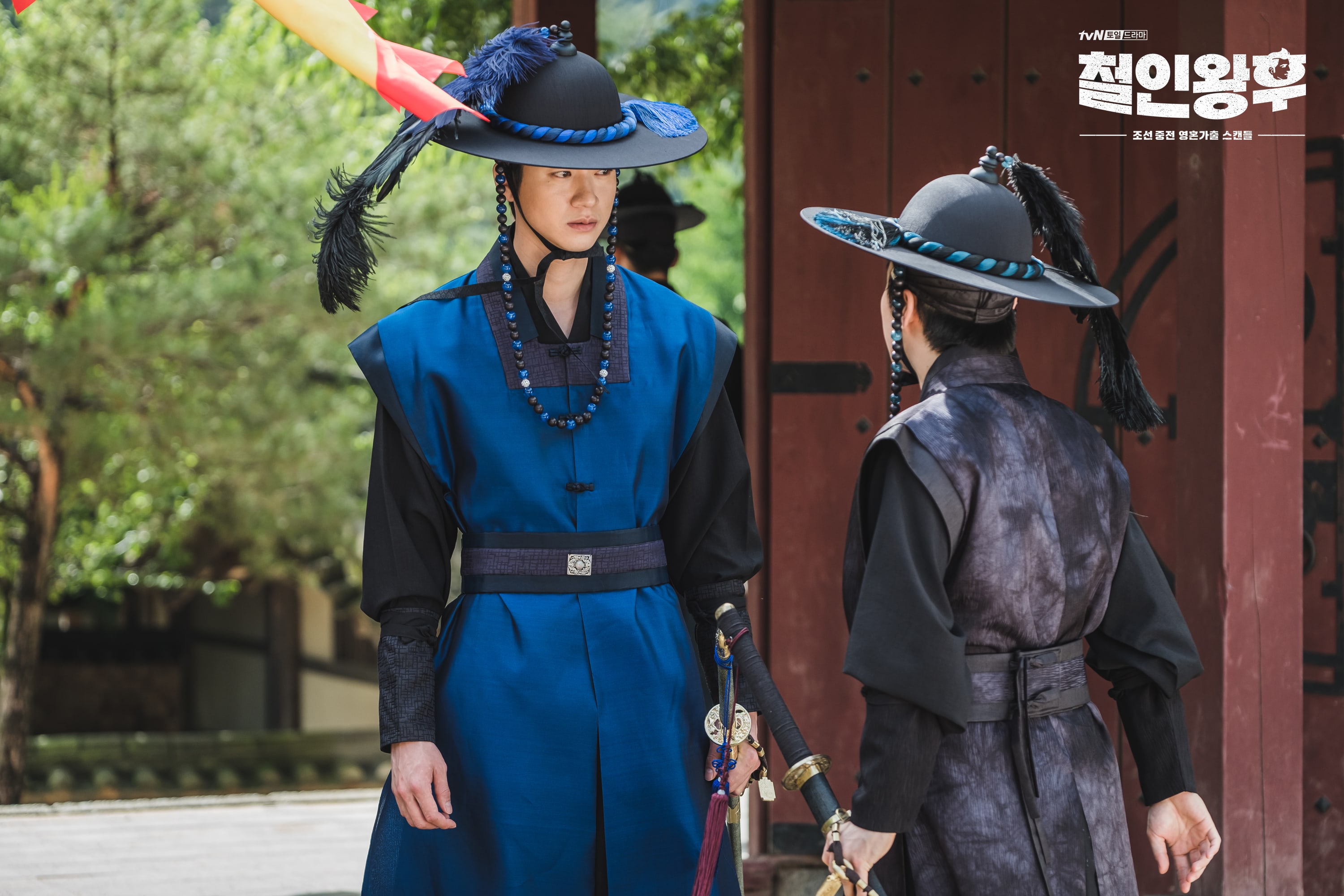 The drama’s production team shared, “King Cheoljong, Hong Byul Gam, and Young Pyeong Goon will work to achieve a common dream inside the palace where no one is to be trusted. Their covert operations will be a point of interest. Look out for what their dream is, as well as how the change in Kim So Yong will affect their plans.”