Kwon Nara co-stars as Hong Da In, a damo (a woman who works for a Joseon government office) who goes undercover as a gisaeng (a courtesan trained in music and the arts). Lee Yi Kyung rounds out the main cast as Park Choon Sam, Sung Yi Kyum’s servant and right-hand man.

The three actors pose as their respective characters as they sit around a large gold royal inspector badge. This hints that they have gathered together in the name of justice to fulfill their duties of going after corrupted government officials.

First of all, Sung Yi Kyum is sitting on a chair with a relaxed smile and comfortable posture. Kim Myung Soo is expected to synchronize perfectly with this clumsy but passionate character who goes on a journey of growth and maturity.

Hong Da In is dressed in the bright and glamorous dress of a gisaeng, and she wears an unreadable expression on her face, which perfectly showcases her true identity as a damo. Lee Yi Kyung transforms completely into Park Choon Sam, and viewers can look forward to his cheerful and helpful role in the trio. 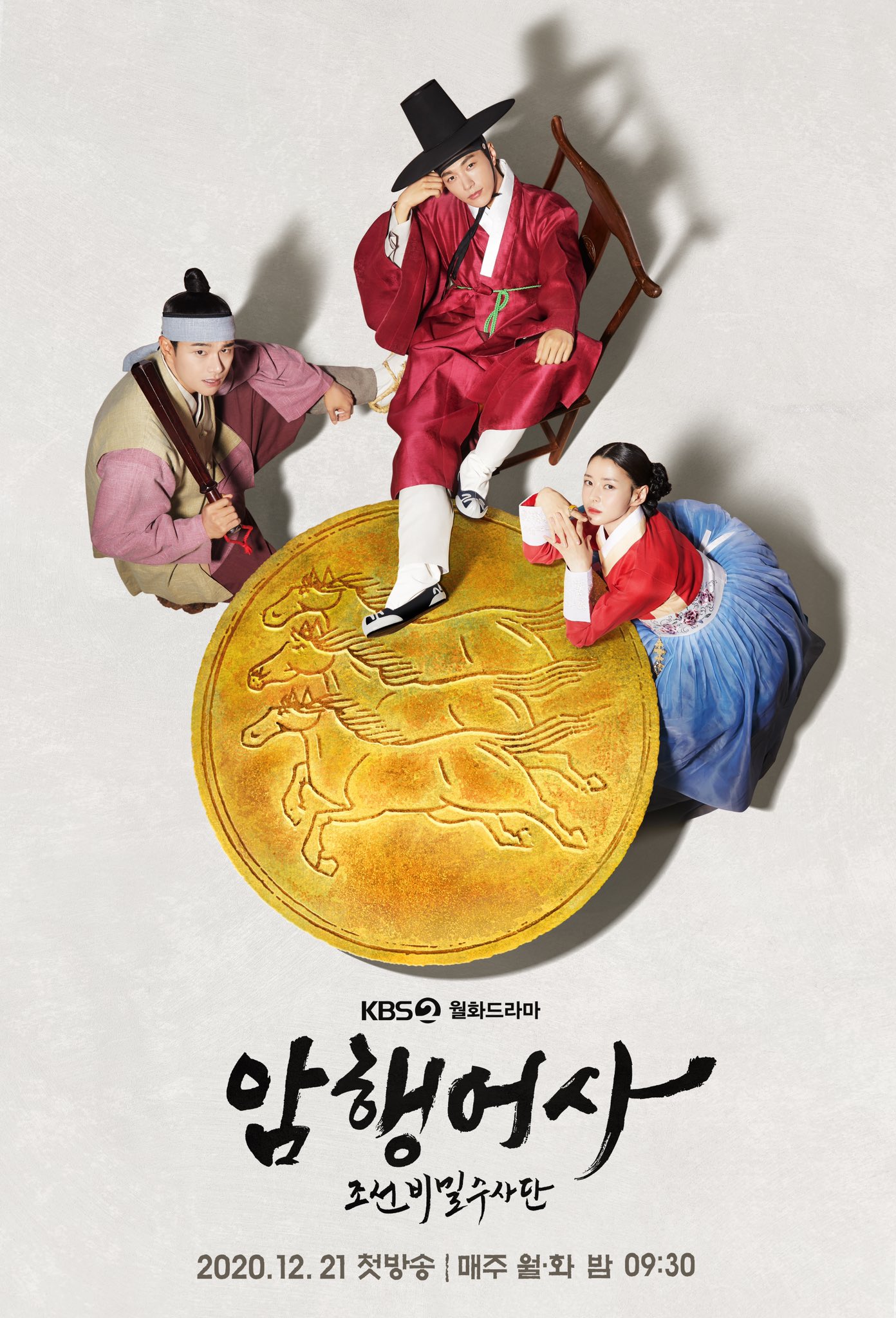 The drama’s production crew stated, “In an era of chaos, these three young people will clumsily but courageously stand up to find justice, and they will grow through this adventurous process. We hope viewers can relate to the adventures of the secret royal inspectors and recall the old stories that taught us the value of justice in childhood.”