“Kairos” is a new “time-crossing fantasy thriller” about the interconnected fates of Kim Seo Jin (played by Shin Sung Rok), a man who falls into despair after his daughter is kidnapped, and Han Ae Ri (Lee Se Young), a woman who is searching for her missing mother. From Kim Seo Jin’s perspective, Han Ae Ri is living exactly one month in the past – but after the two miraculously communicate from their different times, they set out on a thrilling quest to save their missing loved ones.

When Han Ae Ri learned that Yoo Seo Il (played by Shin Goo) took the medical records of her mother Kwak Song Ja (played by Hwang Jung Min), she told Im Geon Wook that she finally put all the puzzle pieces together. Kim Seo Jin witnessed Han Ae Ri being carried out on a stretcher, shocking viewers and leading them to wonder what happened to her.

In the new stills, Im Geon Wook and Park Soo Jung arrive at the accident site of Han Ae Ri. Im Geon Wook clutches onto the police officer with a look of disbelief and horror on his face. He can’t believe Han Ae Ri is dead, and he begs the officer to double check the truth. Park Soo Jung stands before the officer with a blank look on her face, but she bursts into tears in front of Im Geon Wook. The two are stunned into silence by the method of crime they learned at the scene, piquing curiosity about Han Ae Ri’s death. 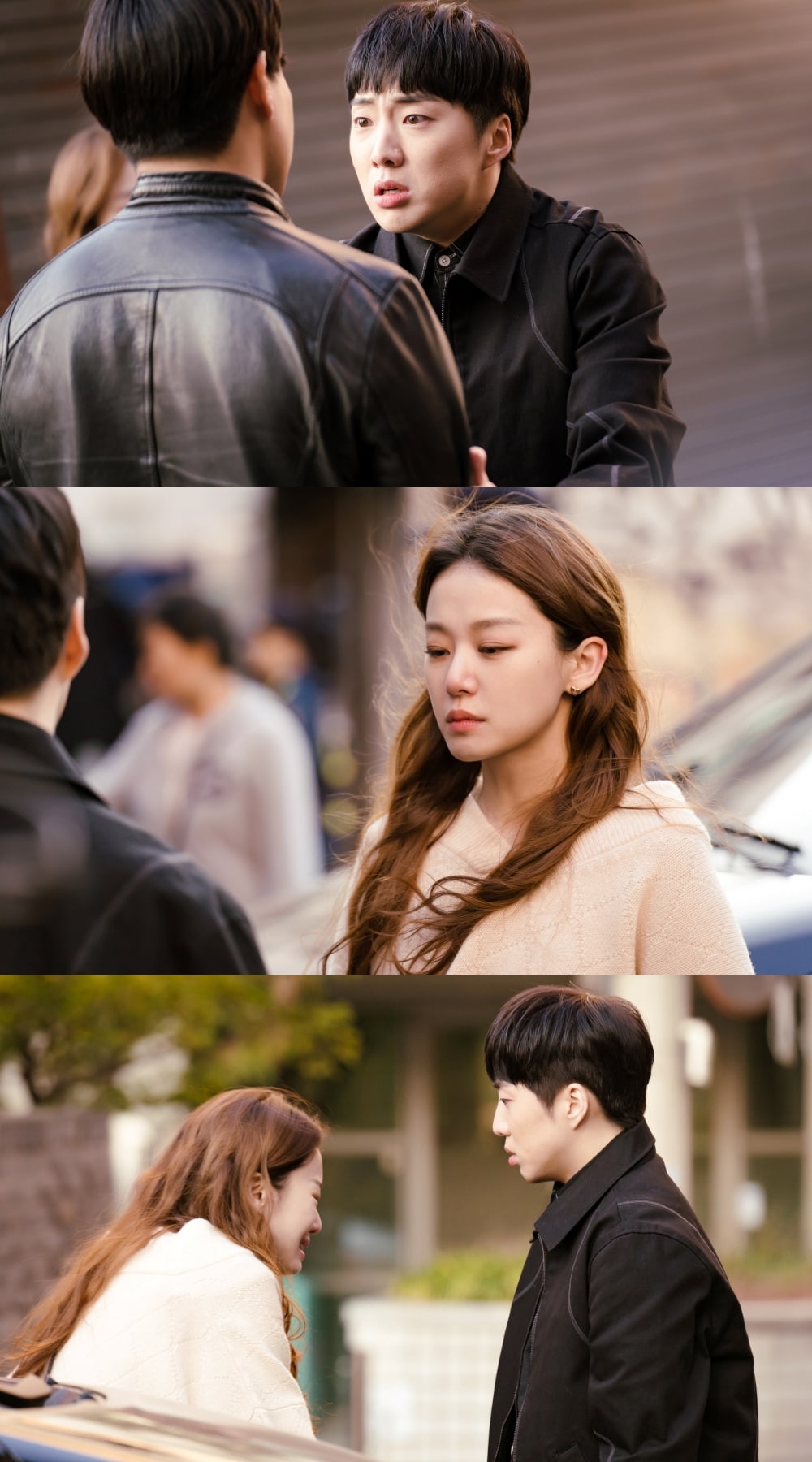