“Tale of the Nine-Tailed” actor Hwang Hee shared his experience on the show!

Hwang Hee played the gumiho Koo Shin Joo in the drama, who is a loyal friend of Lee Yeon and falls in love with Ki Yu Ri (Kim Yong Ji). As the show came to an end, he sat down to speak with the press in interviews that were recently shared.

Hwang Hee spoke about his chemistry with Lee Dong Wook in an interview with Maeil Business Newspaper. “I was very cautious at first,” he said. “I was scared because he was such a senior actor. He didn’t treat me in a scary way, but I found it hard.” He continued, “However, he is a very light and relaxed person. So after some time had passed, we were able to understand each other just by meeting eyes. I have a lot of fun memories of filming with him.”

Hwang Hee said about Jo Bo Ah, “She’s an actress who’s like a vitamin. She’s always cheerful,” and he described her as someone who lifts others’ spirits. 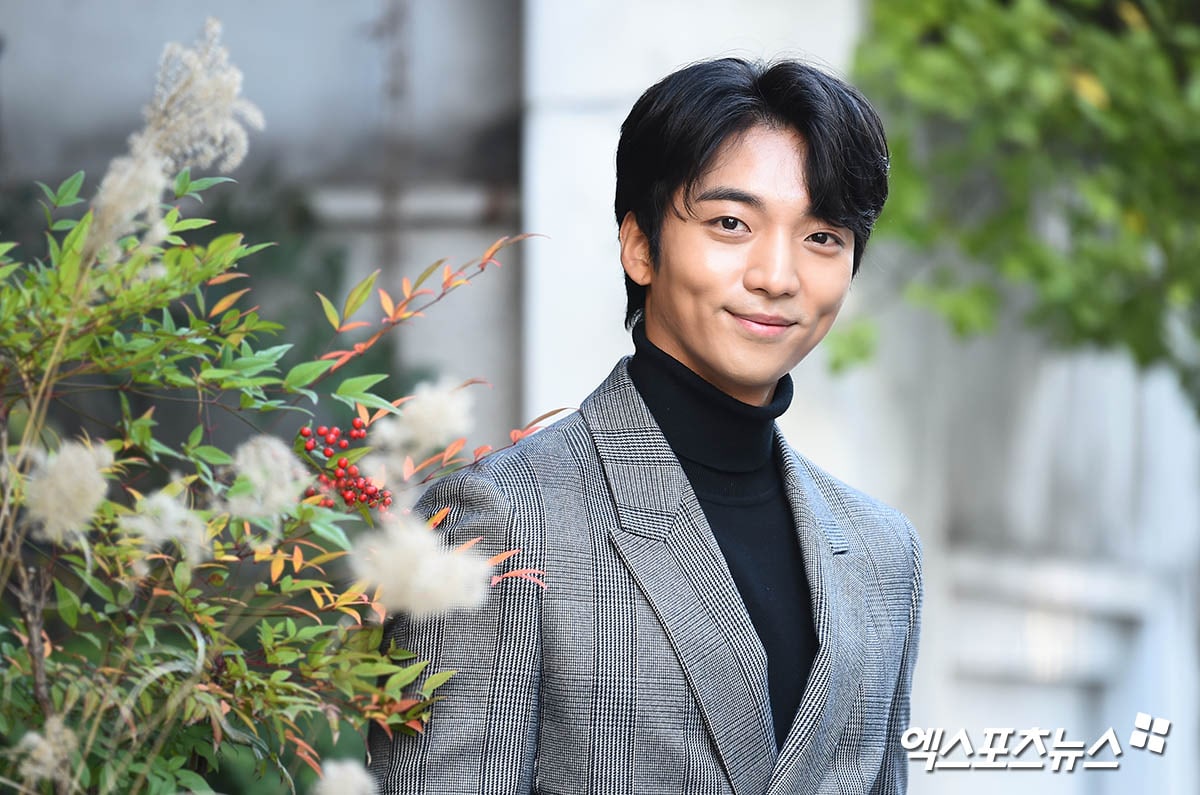 The actor also talked about his experience filming with Kim Yong Ji, describing her to Xportsnews as someone who provides a new energy. “We’d do several takes for the same scene, and I’d feel a slightly different energy each time,” he said.

He commented that they’d filmed a scene with a kiss at their first meeting. He said, “I wasn’t used to Kim Yong Ji and I was nervous, and I think that came through in the show. I feel embarrassed and shy when I watch it now, and it’s funny. The script also called for me to look surprised but I was surprised in real life too.”

When asked if he experienced anything difficult while working on the drama, Hwang Hee said, “I cried the most through this drama. I remember focusing to the point that I’d feel sad starting with the day before filming.” He continued, “More difficult scenes were ones were there were stage directions in the script that said things like ‘He cooks in a cool way’ or ‘He sings sweetly while playing the guitar.’ They were just one or two lines but the scenes required a lot of preparation.”

Hwang Hee explained that to prepare for the proposal scene, he visited the Nagwon Musical Instruments Arcade for the first time in 10 years. “After I bought a guitar, I looked into a tutor for lessons right away, and I took lessons about three times a week,” he said. “I didn’t need to look like a professional, but I prepared a lot because if I was going to do it then I wanted to look cool.”