An adaptation of a popular web novel, “Sunbae, Don’t Put on That Lipstick” will tell the love story of the perfectionist Yoon Song Ah (played by Won Jin Ah) and her dashing younger colleague Chae Hyun Seung (played by SF9’s Rowoon), who works with her on the marketing team for a cosmetics brand.

Won Jin Ah will be playing Yoon Song Ah, the role of the sunbae (someone senior at work, school, or in an industry) referred to in the unique title. Yoon Song Ah has been working as a professional brand marketer at a cosmetics company for three years, and she possesses impressive leadership skills, great drive, and a level-headed personality. She’ll begin an unexpected relationship with her hoobae (junior) at work and make viewers’ hearts flutter with their romance.

In the newly released stills, Yoon Song Ah has a loveable smile and a confident aura. With a trendy office fashion look, Yoon Song Ah is a professional from her clothes to her makeup, believing how she looks reflects the company. 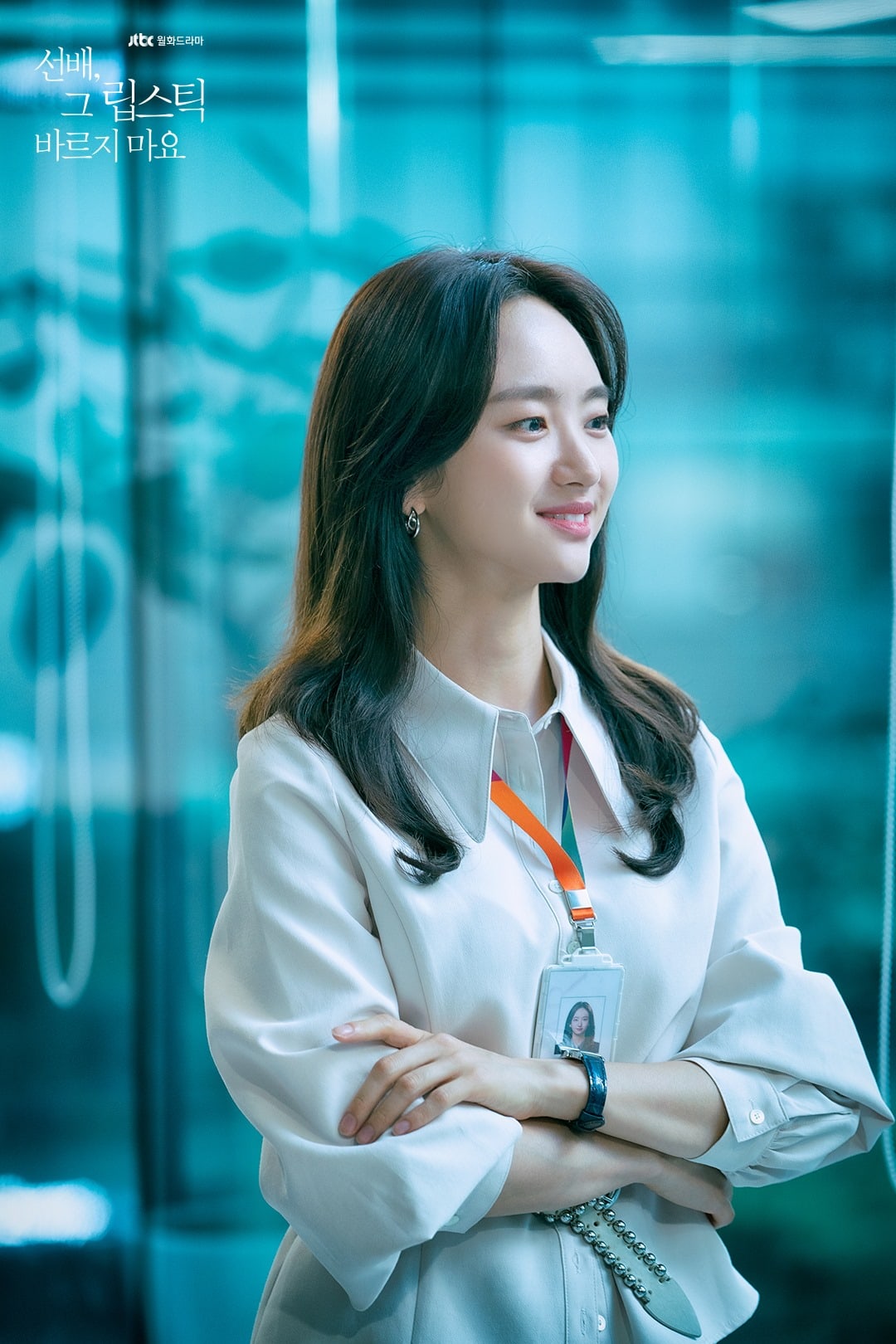 As someone with a dream of making their own cosmetics brand and as the person in charge of colors shades, Yoon Song Ah’s eyes sparkle whenever she sees a new product or new color. The still of Yoon Song Ah immersing herself in her work with her hair tied up highlights her charisma and sincere love for her work. 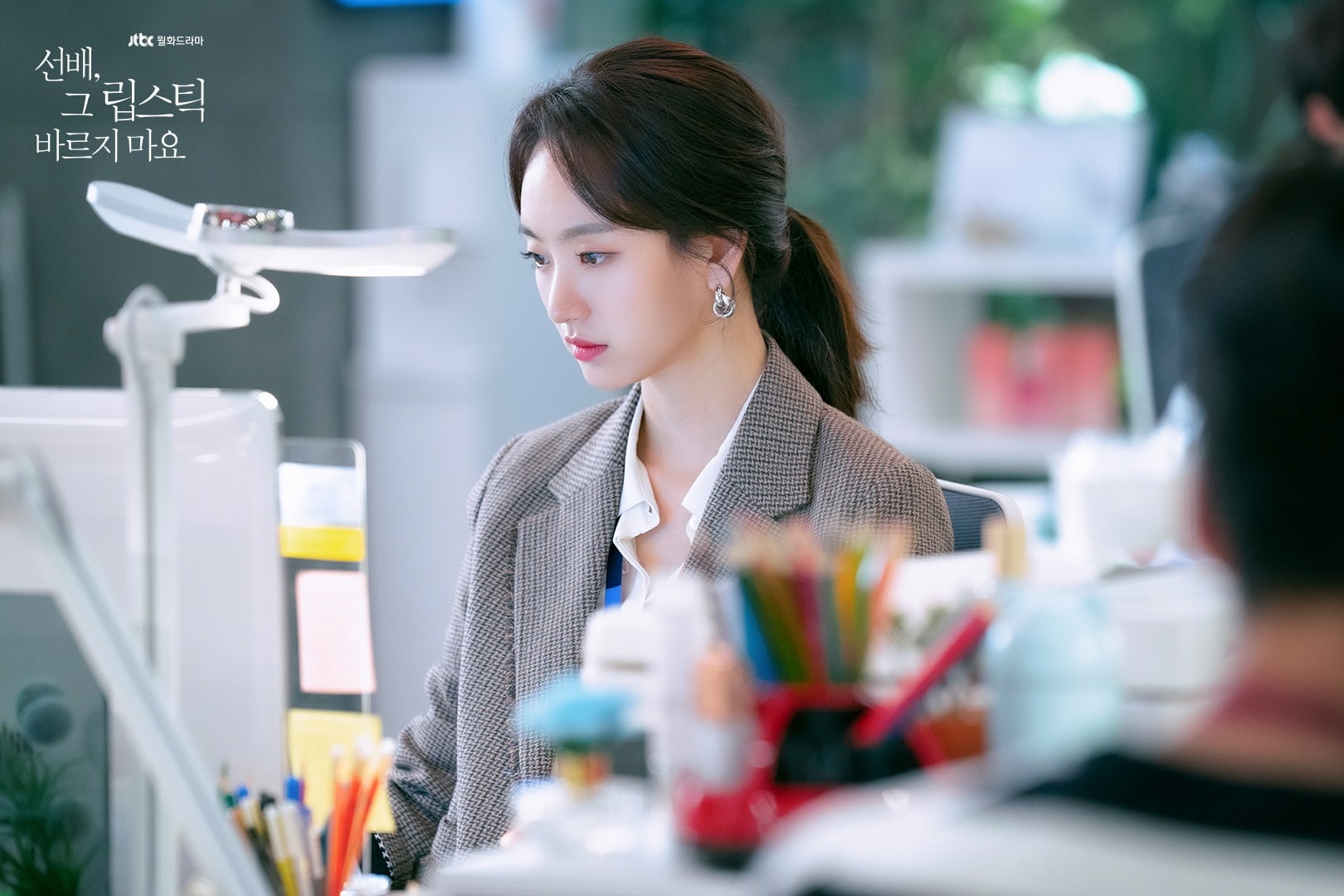 However, Yoon Song Ah has an interesting habit of reapplying pink lipstick to her lips. Afterwards, she escapes the eyes of her team members and suspiciously disappears, making viewers curious about Yoon Song Ah’s secret. 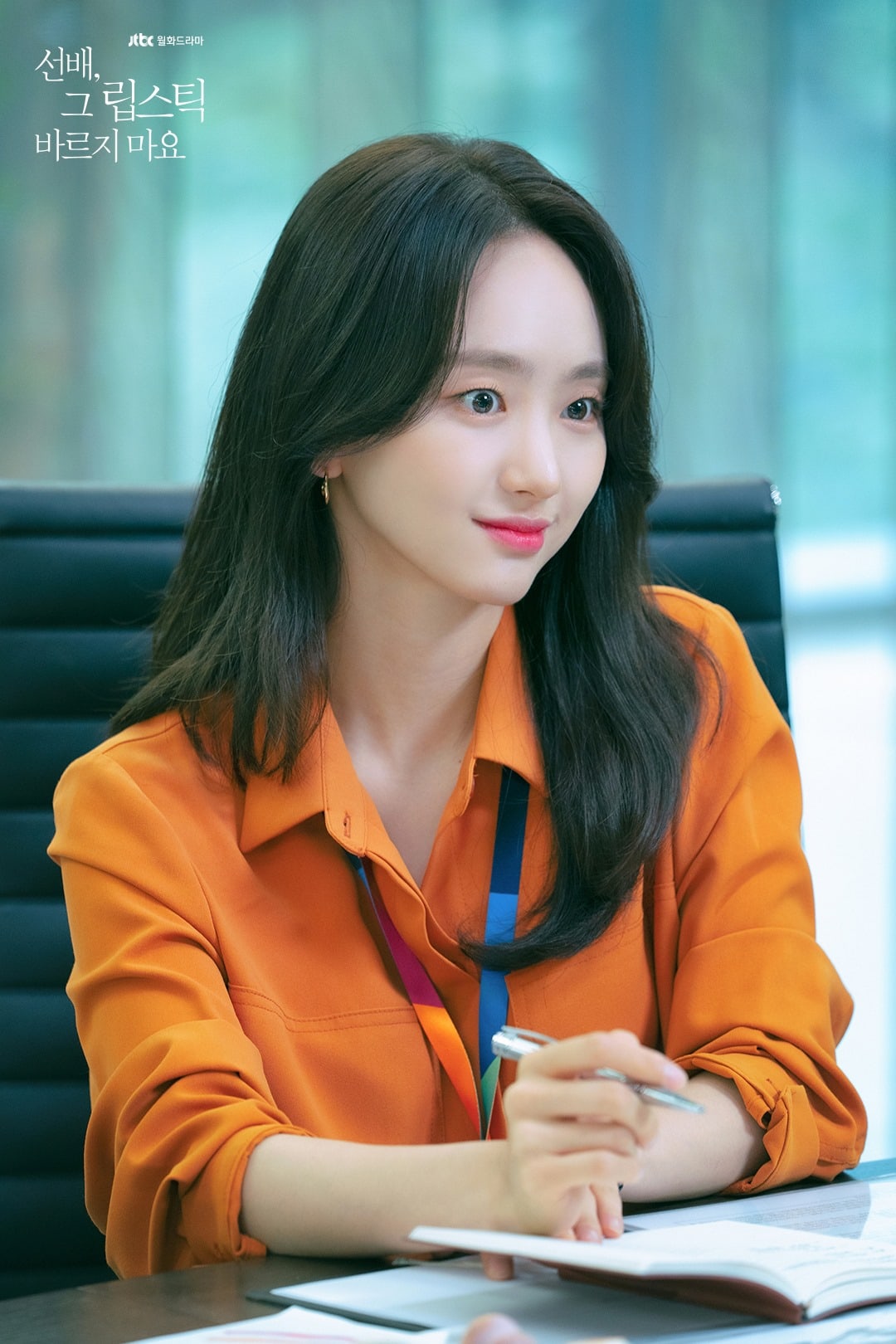 The production team shared, “We want to show a really cool side of a sunbae to the point where viewers think, ‘I want to become a sunbae like that.’ Actress Won Jin Ah’s passion for acting made Yoon Song Ah even more cool and loveable. Please look forward to that synergy.”

“Sunbae, Don’t Put on That Lipstick” is currently slated to premiere in January 2021, following the conclusion of JTBC’s “Live On.”

SF9
Rowoon
Won Jin Ah
How does this article make you feel?