An adaptation of a popular web novel, “Sunbae, Don’t Put on That Lipstick” will tell the love story of the perfectionist Yoon Song Ah (played by Won Jin Ah) and her dashing younger colleague Chae Hyun Seung (played by Rowoon), who works with her on the marketing team for a cosmetics brand.

The newly released stills depict the office life of Chae Hyun Seung, a cosmetics brand marketer who has been working at the company for one year. Eyes sparkling and filled with curiosity, Chae Hyun Seung focuses on the meeting with a smile on his face. He also smoothly hands out a drink to his co-worker on a different team to gain their favor. 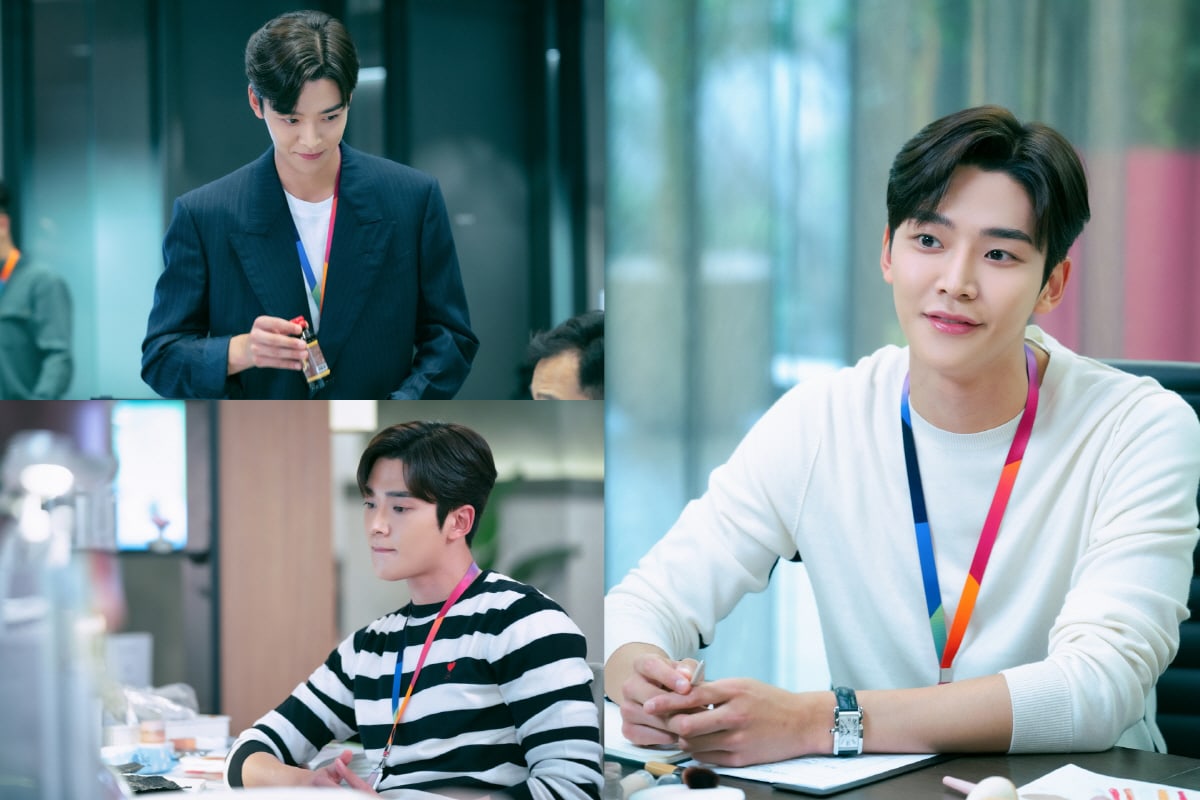 Another still shows a different charm from his usual image as an adorable hoobae (junior). With a sincere expression, he sits in front of his desk biting his lips as if something isn’t working out in his favor.

The production team shared, “Actor Rowoon and Chae Hyun Seung share so many similarities that one could say they’re 100 percent in sync. Furthermore, actor Rowoon researches his character in depth for every scene and immerses himself in his role, so an unexpected Chae Hyun Seung is created all the time.” They continued, “We’re doing our best to create a drama that will put viewers in a good mood and make them feel excited as they watch, so please show lots of interest and support until the premiere.”

“Sunbae, Don’t Put on That Lipstick” is currently slated to premiere in January 2021, following the conclusion of JTBC’s “Live On.”

SF9
Rowoon
Won Jin Ah
How does this article make you feel?