Both TWICE and BTS have earned two new gold certifications in Japan!

On December 10, the Recording Industry Association of Japan (RIAJ) shared its certifications for November. TWICE’s Japanese single “BETTER,” which was released on November 18, has gone gold, and so has their Japanese best-of album “#TWICE3,” which came out on September 16. 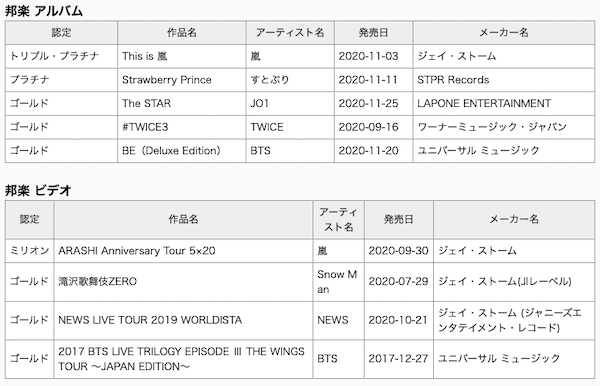 A gold certification from the RIAJ is given to releases that exceed 100,000 copies in cumulative net shipments.

Congratulations to TWICE and BTS!