Hani, Sunmi, Chungha, YooA, And Chuu Take Time To Look Back On Their Careers In “Running Girls”

On December 9, Mnet’s new show “Running Girls” made its premiere.

“Running Girls” is a new reality show in which female K-pop idols in their twenties become a “running crew” and seek out beautiful natural running courses in Korea. Sunmi, Chungha, EXID’s Hani, Oh My Girl’s YooA, and LOONA’s Chuu are the cast members.

Before they headed out on their first running trip, Hani said in an interview, “A friend of mine told me that they recovered from a crisis in their life through running. I learned a lot from that process, and I want to help others learn it too.”

YooA was the first to arrive at their dorm and said, “I’m quite timid when it comes to making friends. I want to make a lot of friends and I want to gain the courage to approach people. I came here to make friends.” The five running crew members shared phone calls to get to know each other before their trip and decided to call each other by their real names.

After their first run, the members shared, “Through running and breathing together, it felt like we were connected.”

YooA said, “I was the type to come to a stop when I got out of breath. But it actually got easier to breathe if I didn’t stop completely and worked my way through it. I think that I’m currently at the point where I’m out of breath, but if I can get through it, I’ll come to a point where I can run more comfortably.” 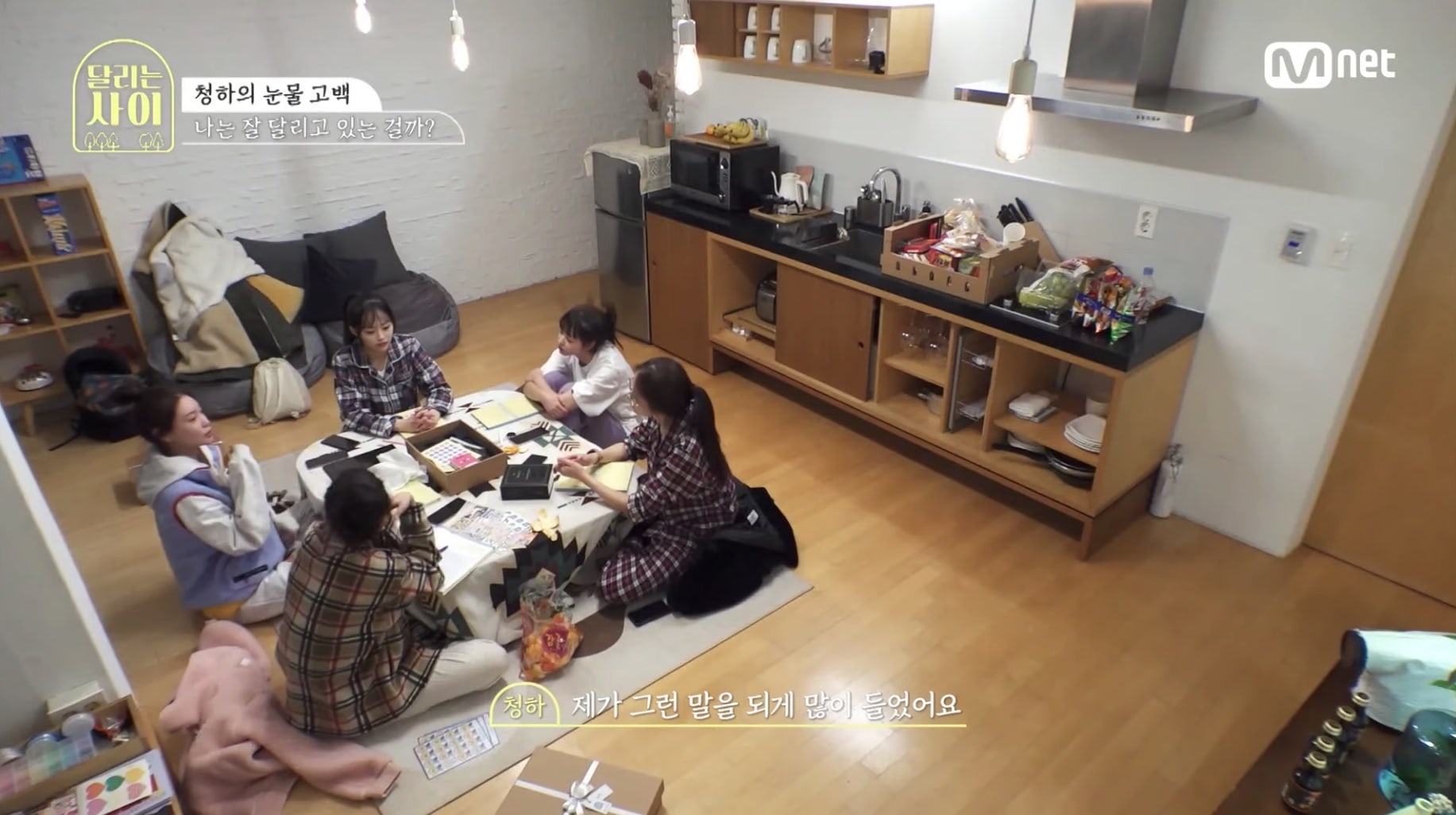 Before they went to sleep, the girls shared another heart-to-heart. Chungha said, “A lot of people used to say to me, ‘You have a lot of thoughts? You must have a lot of time on your hands.’ For years, people told me, ‘You’re too relaxed. Other people just practice without thinking and charge forward.’ I came to think that if I had too many thoughts about something, it must mean I was too relaxed. I decided I needed to run faster without thinking. If I felt any doubt, I would blame myself for having the time to think such thoughts.”

In a pre-recorded interview, Chungha had shared, “There was one month where I did events at all hours of the day or night, filmed commercials, went abroad, and filmed for live broadcasts without rest. I told myself that I couldn’t let myself feel tired. I was so busy that I couldn’t even be grateful. There was no word such as ‘recharge’ in my vocabulary at all.” 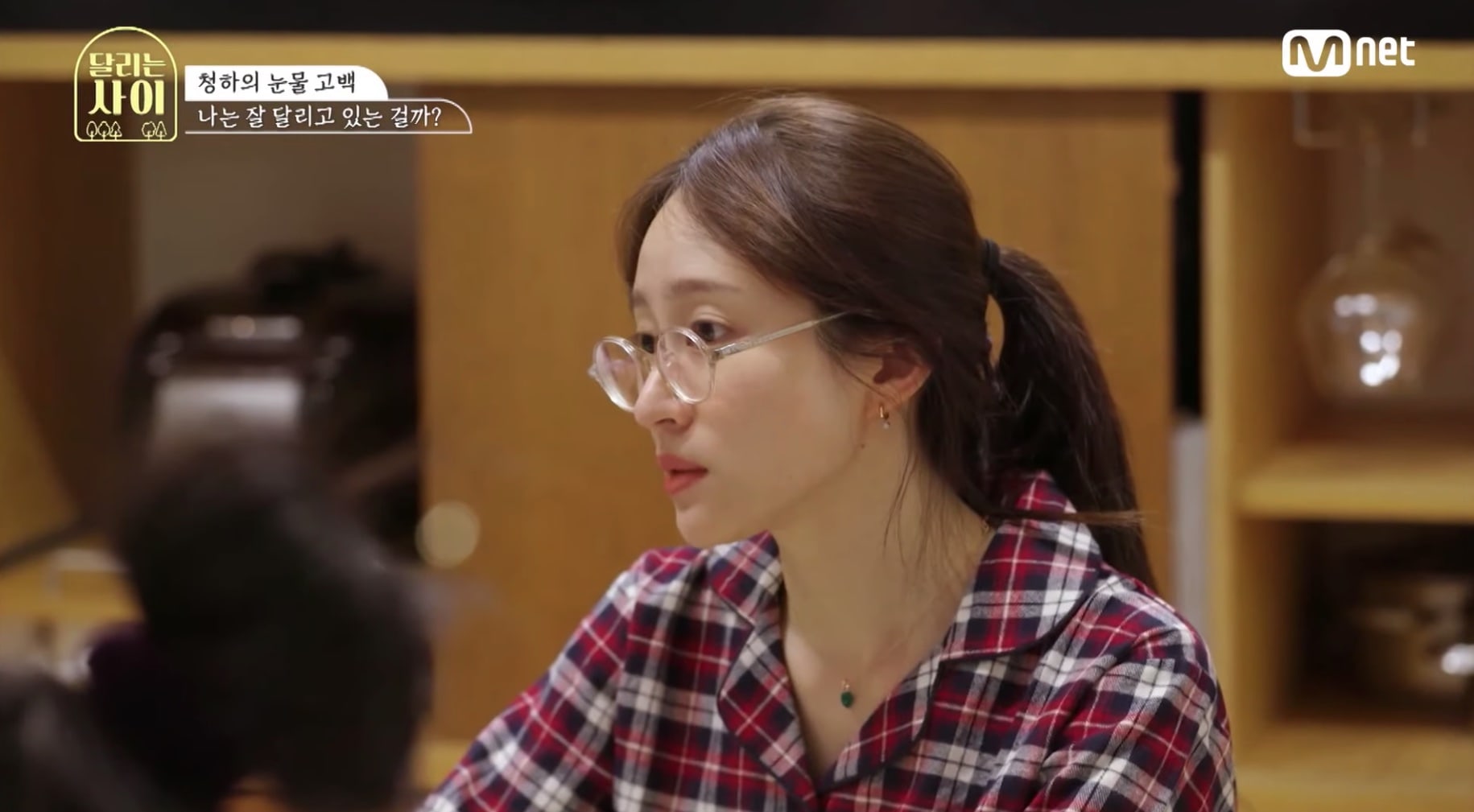 Back at the dorm, she continued, “I was still young, so even if I felt pain, I could keep going. I thought work was the most important thing. If I worked hard, I could get more work, and I could take care of my mom. But as I kept running, it started to feel like if I stopped, I would have to leave the playing field.”

Hani agreed and said, “There was a moment when I began to think about relaxation as a symbol of idleness. I decided that I couldn’t let myself relax. I felt compelled into running forward at all costs. But then I thought that I would die if I kept going like this.”

Chungha said, “I underwent a psychological test and the thing my subconscious wanted the most was to feel myself breathe. The second one was music. When health or circumstances came up as obstacles, I wanted to let go of music. But I couldn’t let it go. Music helped me find myself, but it also made me lose myself.” 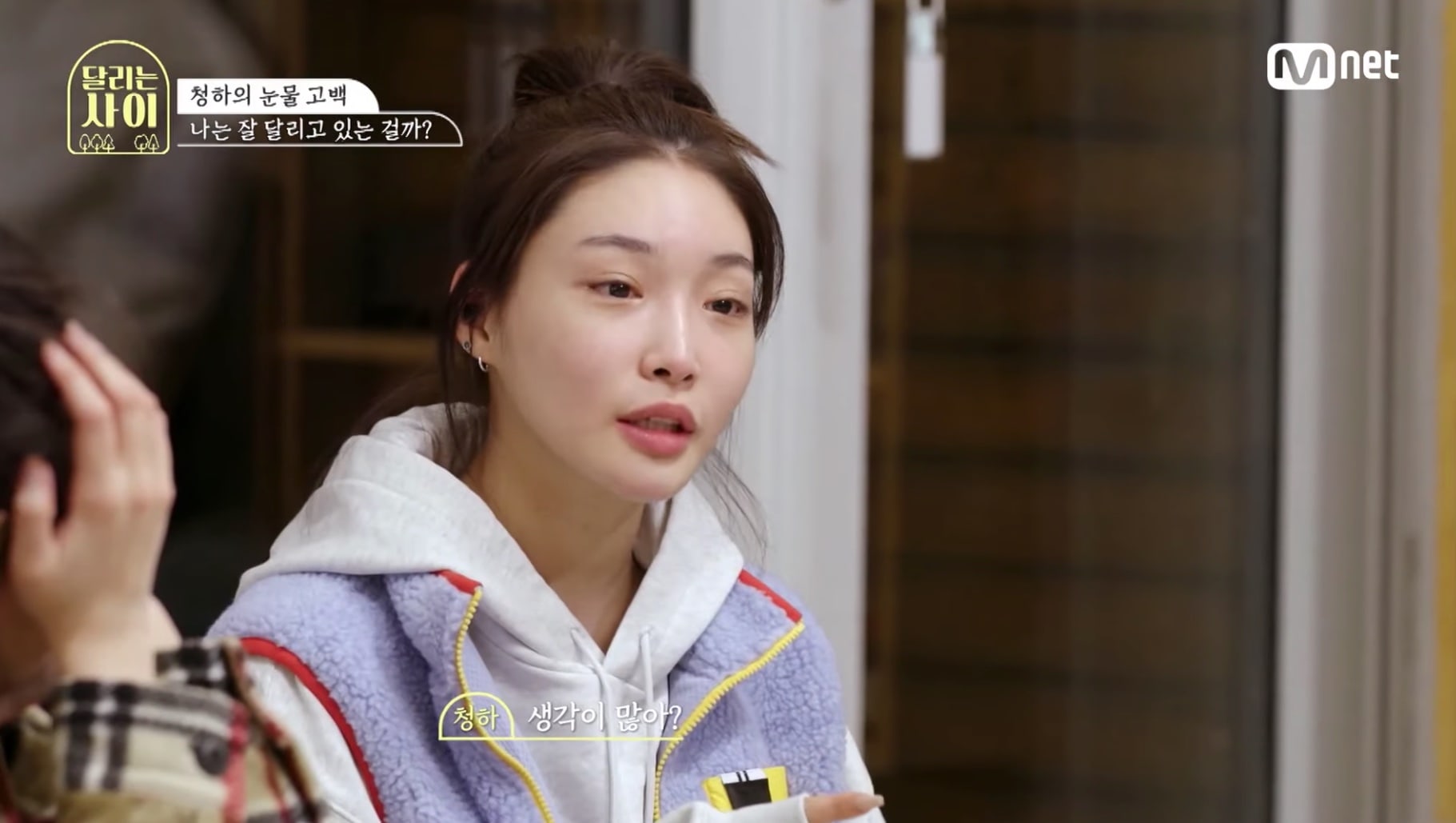