Bae Doona got a gift on set from her “Forest of Secrets” co-star Cho Seung Woo!

On December 11, Bae Doona shared a photo and video in her Instagram stories that show a coffee truck sent by Cho Seung Woo to the set of the series. Banners on the truck read, “I’m cheering on our Doona Bae and all the cast and crew of ‘The Silent Sea'” and “I hope that you will film safely and in good health.”

Bae Doona wrote “Seung Woo Chooo!!!!!!!!!!” on the photo and “Thank you Seung Woo Cho!” on the video. The clip features her loudly yelling his name across the parking lot as she heads toward the coffee truck while bowing. Her co-star Kim Sun Young jokingly asks her, “Why didn’t the Prosecutor come?”, referring to Cho Seung Woo’s character in “Forest of Secrets.” 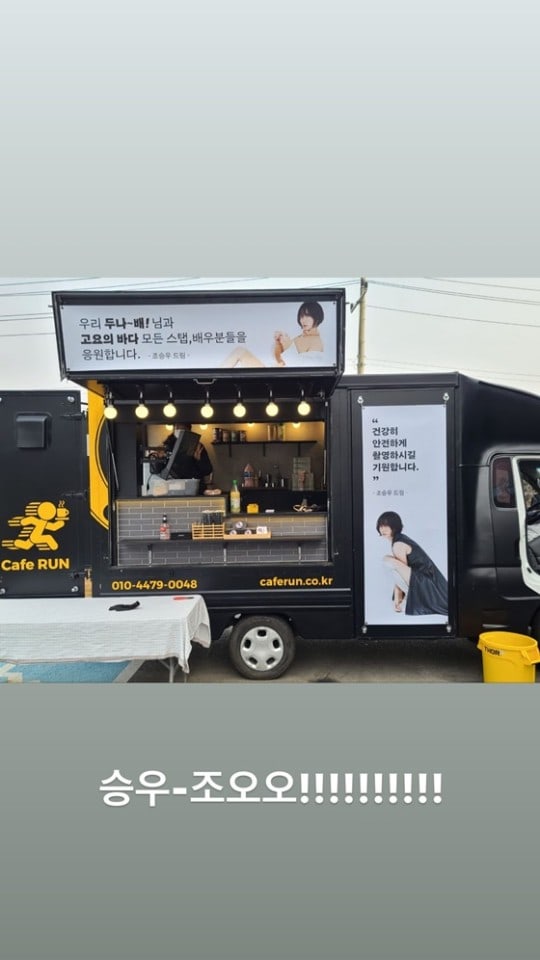