On the latest episode of JTBC’s “Camping Vibes,” Park So Dam and MAMAMOO’s Solar shared stories about getting their hearts broken during their school days.

During the December 11 broadcast of the camping variety show, the cast took turns reminiscing about their first loves while enjoying a meal together in the outdoors.

Solar recalled, “When I was in high school, there was a guy I liked. But he didn’t like me back. So I told him, ‘Like me back. Like me too.'”

She went on, “To be honest, I thought that if I said that, he’d reply something like ‘Okay, let’s see [how it goes].’ But he said that he didn’t think it would happen. That’s when I should have given up and said sorry, but instead, I said, ‘No, I’ll give you time [to change your mind].'”

Solar added with a laugh, “After that, he avoided me.” 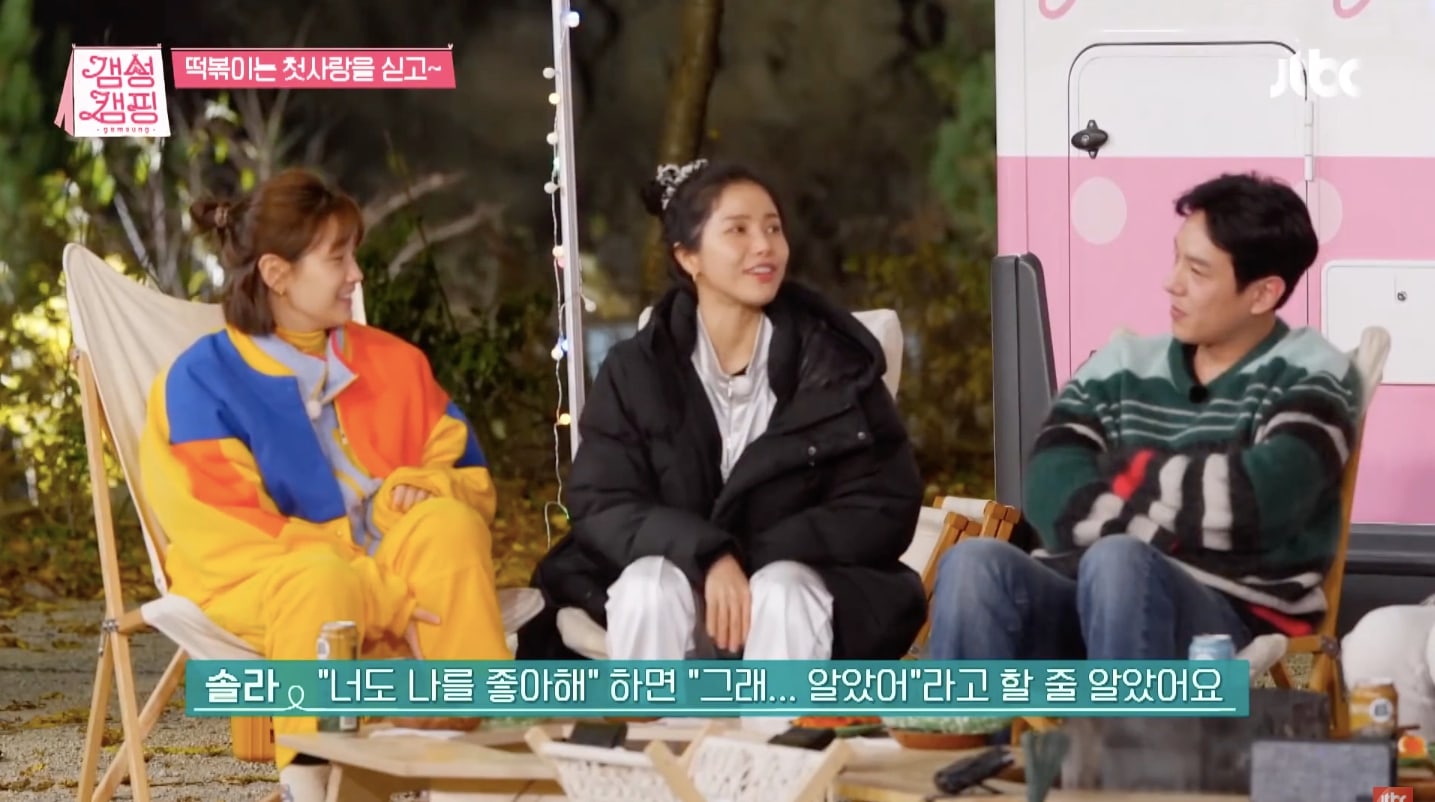 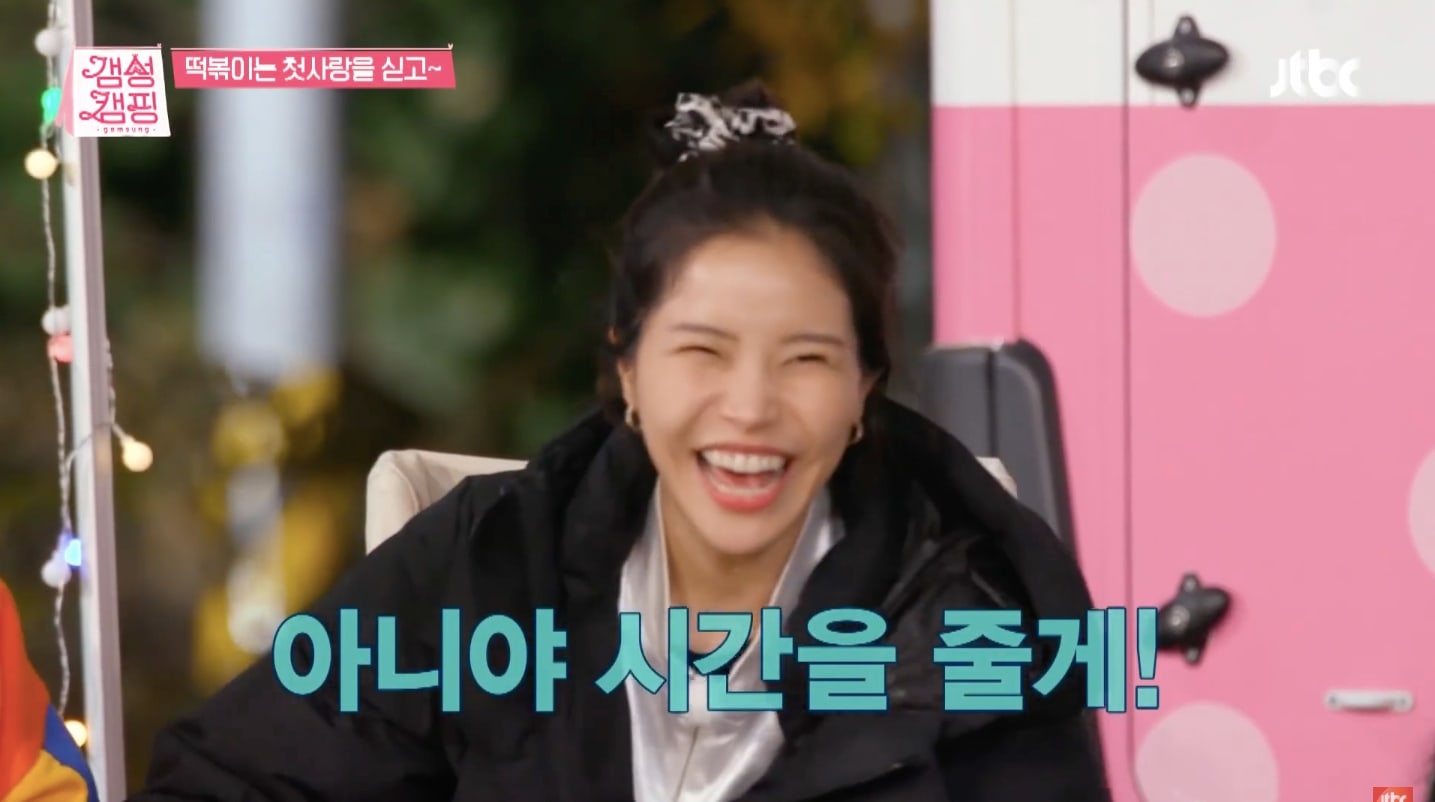 Park So Dam then revealed, “For me, my [first love] was in my second year of middle school. My friend and I both liked the same guy. We all attended the same cram school, and he looked so cool in his school uniform. We didn’t even know his name, so we called him ‘Uniform.’ We’d say to each other, ‘Uniform is here, Uniform just walked in!'”

“Then one day,” she said, “I was suddenly contacted by someone with a phone number I didn’t recognize. It was Uniform. It turned out that he’d asked my friend for my number, and she gave it to him because she was rooting for me. So we went on a date that was barely even a date. I didn’t even get to hold his hand. We went on one date, and then he told me, ‘Let’s break up.'”

As the other members expressed disbelief at his excuse, Park So Dam continued, “After he broke up with me, I confessed my feelings to him and asked him to get back together three times over the course of two years. I cried all the time.”

She went on with a laugh, “When I look back on it now, I can’t believe I was like that. But back then, I spent so much time in my room listening to Gummy’s ‘If You Come Back.’ For two years, I thought that if I didn’t have him, there would never be another guy for me again, because I liked him so much. So I was always crying alone in my room while listening to sad songs during middle school and high school. It was all because of Uniform!”

When the cast members asked her to send him a message through the show, Park So Dam turned to the camera and laughed, “I thought you broke up with me because you were going to go to a foreign language high school? You rejected me four times!” She added, “He really was handsome, though.” 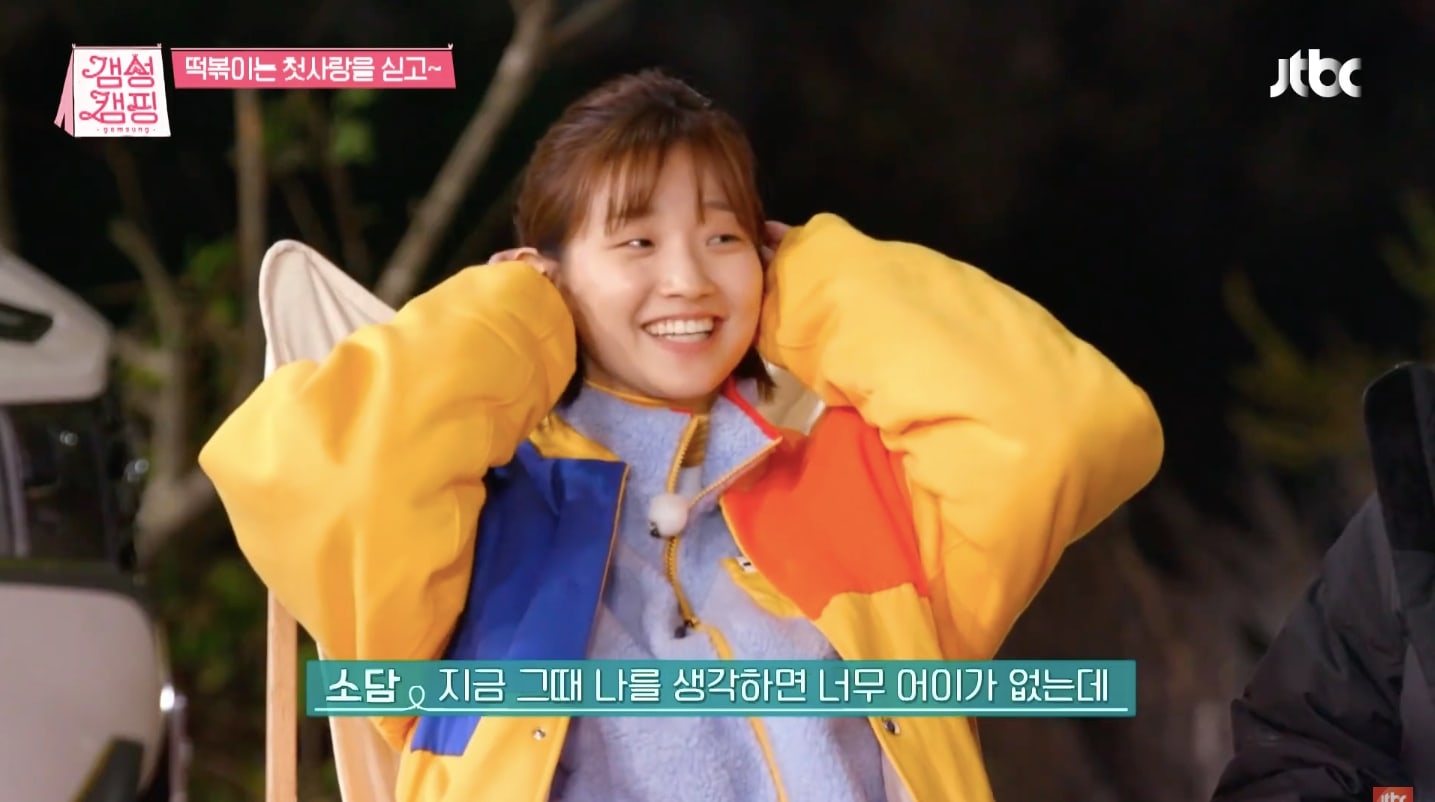 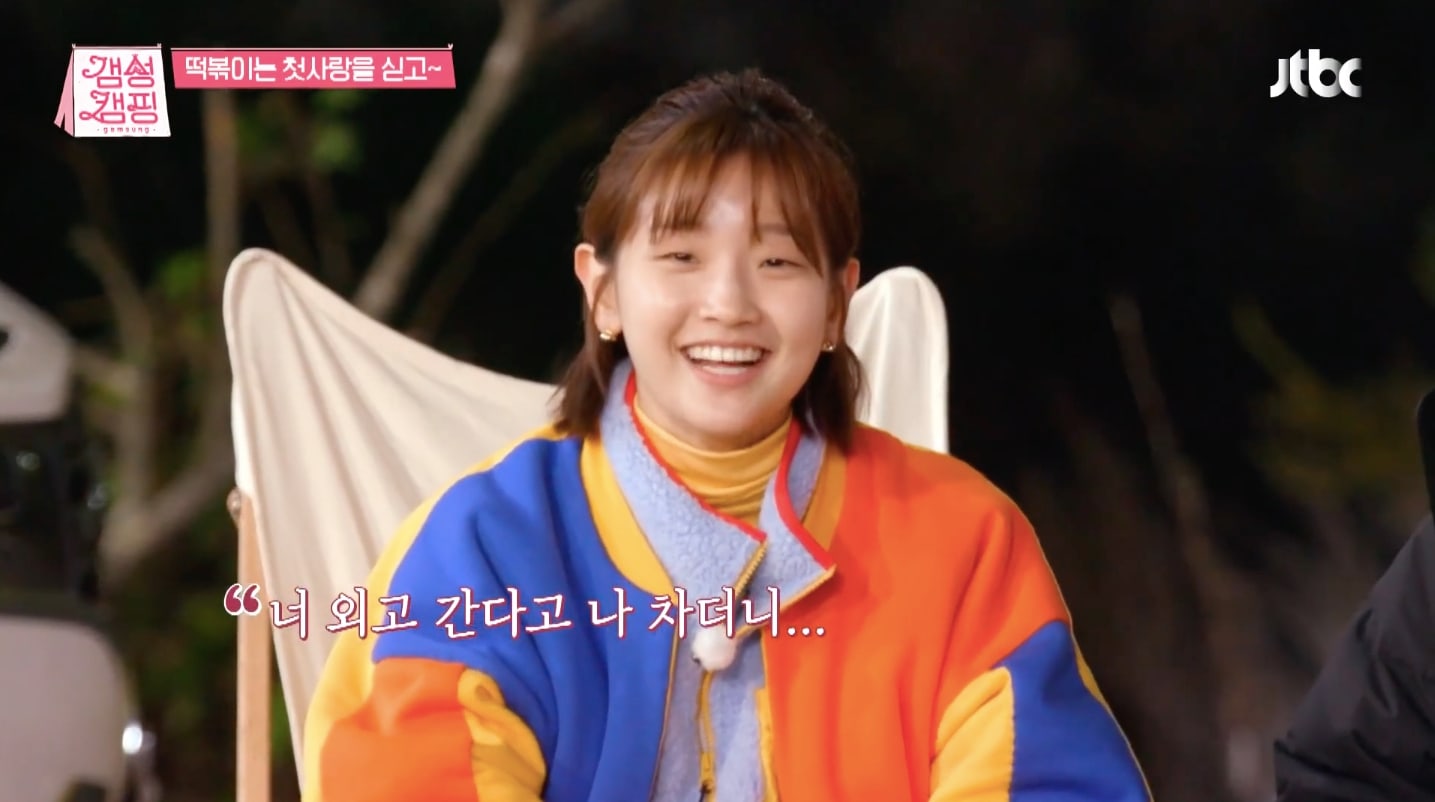 Watch Solar and Park So Dam on “Camping Vibes” with English subtitles below!

MAMAMOO
Solar
Park So Dam
Camping Vibes
How does this article make you feel?