Watch: Lee Seung Gi Talks About His Return As A Singer, Including A Song Featuring BTS On His Album, And More

On December 11, Lee Seung Gi appeared as a guest on the KBS episode of “Yoo Hee Yeol’s Sketchbook.”

Lee Seung Gi recently made his comeback as a singer for the first time in five years, releasing his seventh studio album “The Project” on December 10. 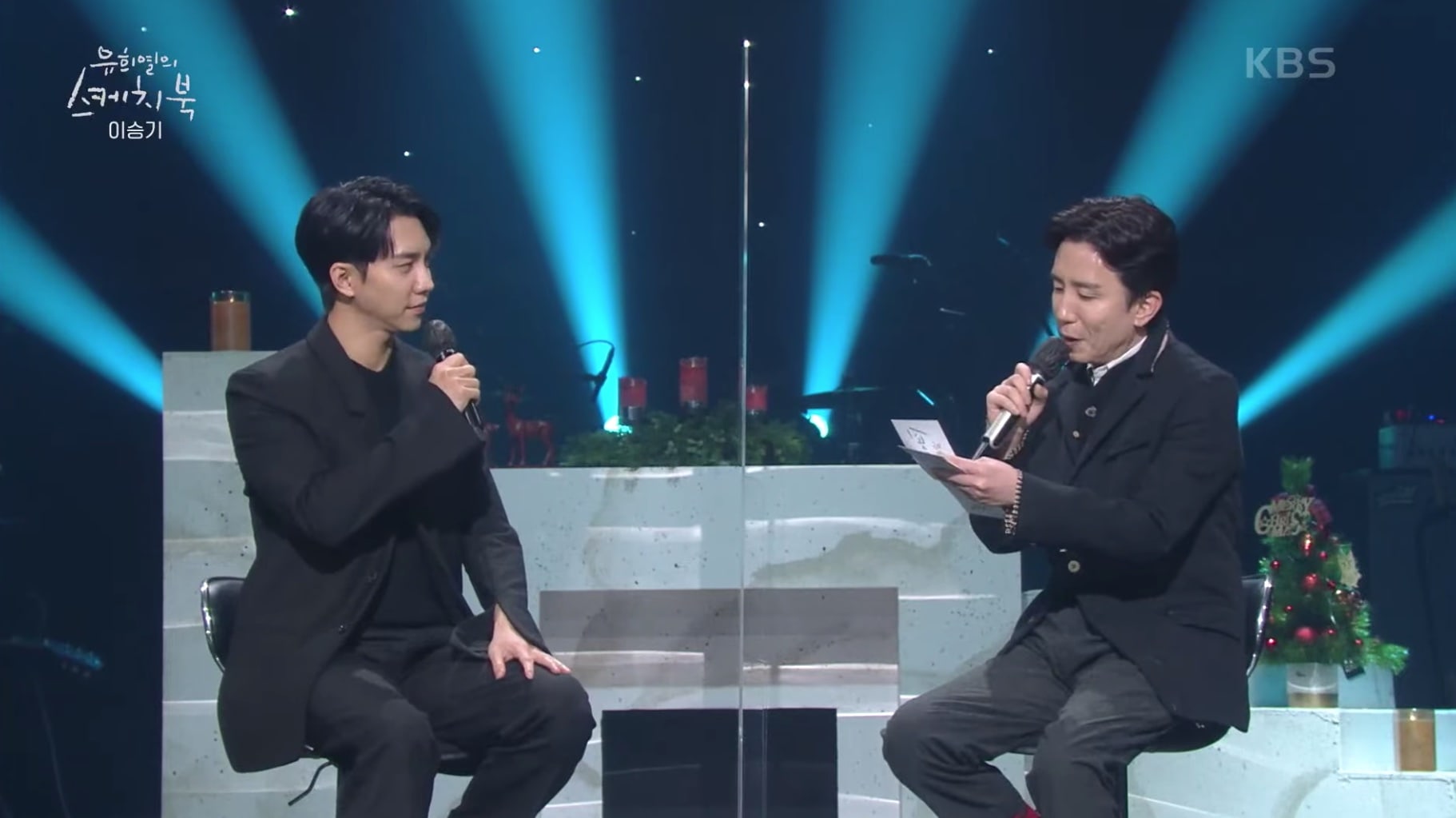 After he appeared on the show singing “I Will,” he said, “The last time I appeared as a singer and not as an MC or an actor was before I went to the military. It was five years ago. I enlisted in 2016, so my last album must have come out in 2015. I am always nervous before a performance, but I feel way more pressure on ‘Yoo Hee Yeol’s Sketchbook.’ This is the one place that the audience is lit up for the performer.”

Yoo Hee Yeol asked him about his album and Lee Seung Gi said, “The title track, ‘I Will,’ was produced by Brave Brothers, and it’s a very difficult song to sing. I loved the song and wanted it as a title track, but when I first sang it, I thought, ‘I’m in trouble.’ It’s so high. If you go up, you should come down, but it never comes down. The elevator is broken. I was afraid I’d lose my voice so I brought my big humidifier from home today.”

He added, “I intended to show the diverse colors of various producers, but I found myself wanting to show my own colors instead. I worked with Nell’s Kim Jong Wan, Brave Brothers, Epitone Project, and Yoon Jong Shin.

Yoo Hee Yeol mentioned that one of the tracks on the album, “A Song to Make You Smile,” featured BTS’s RM and J-Hope. Lee Seung Gi said, “I think a lot of people want to write articles like, ‘Lee Seung Gi is collaborating with the worldwide BTS!’ But I recorded this song back when BTS wasn’t as global as they are today. I worked on the song in 2011. It’s a little like I had stocks before they were listed. I think that a lot of people were shocked when they saw the headlines. I want to take this opportunity to apologize. I didn’t have a malicious intent in putting the old song on my new album. I just really like the song and wanted more people to hear it.”

He joked, “I think that it would be weird if this song was the only one to hit No. 1 on the charts and does better than my title track. I hope that it will rank around No. 3 or so.”