JTBC’s “Live On” has shared a new peek behind the scenes of filming!

“Live On” is a new romance drama starring NU’EST’s Minhyun as Go Eun Taek, a perfectionist who is the head of his high school’s broadcasting club, and Jung Da Bin as Baek Ho Rang, a school celebrity and social media influencer who joins the club with ulterior motives.

On December 12, JTBC released new behind-the-scenes photos of the starring cast filming scenes from the drama’s latest episode. The adoring look in Minhyun’s eyes as he gazes at Jung Da Bin is certain to make viewers’ hearts flutter, while Jung Da Bin radiates a sunny, lovable charm as she beamingly prepares for a take. 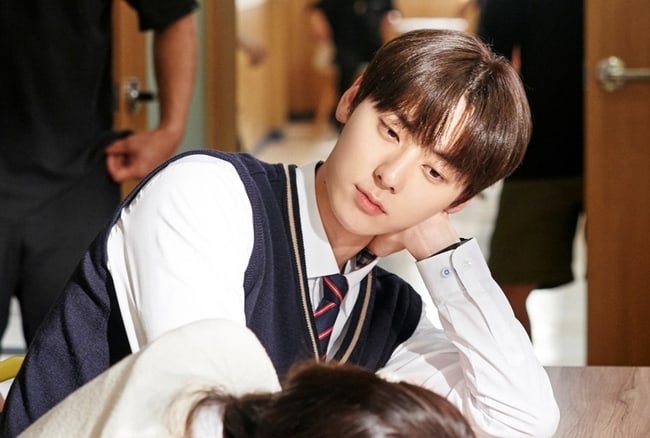 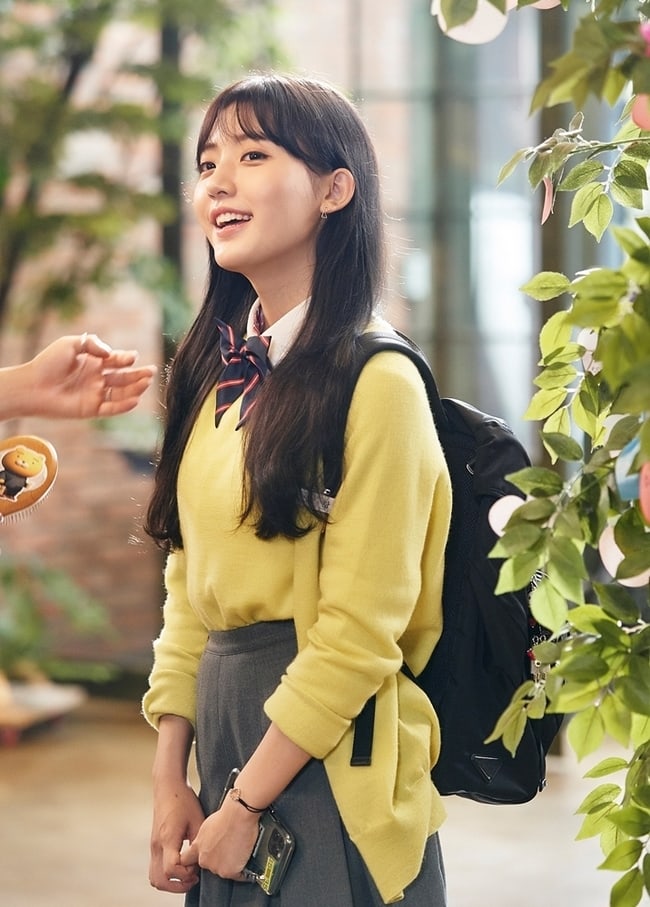 Meanwhile, another photo captures the two actors’ serious sides as they intensely monitor footage of their own acting. 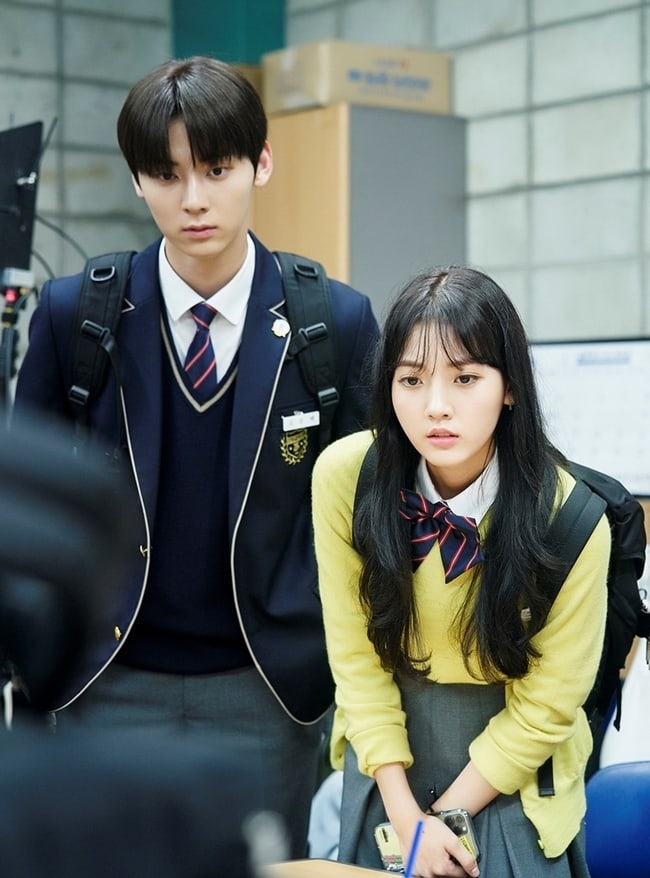 Yeonwoo and VICTON’s Byungchan strike cute poses for the camera while filming the drama’s school festival scene, and Yang Hye Ji and Noh Jong Hyun show off their playful charms on set even when the cameras aren’t rolling. 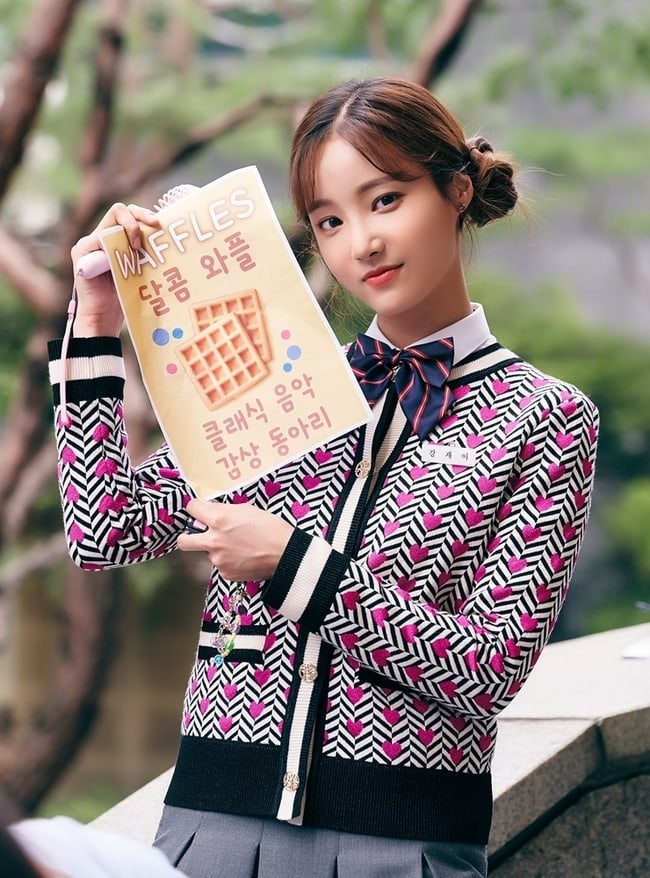 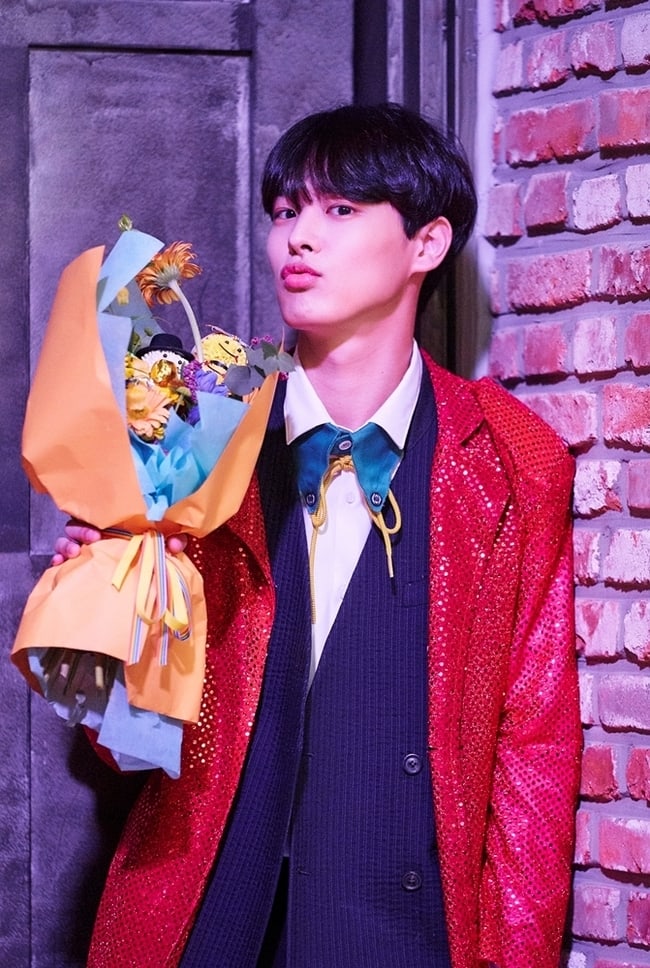 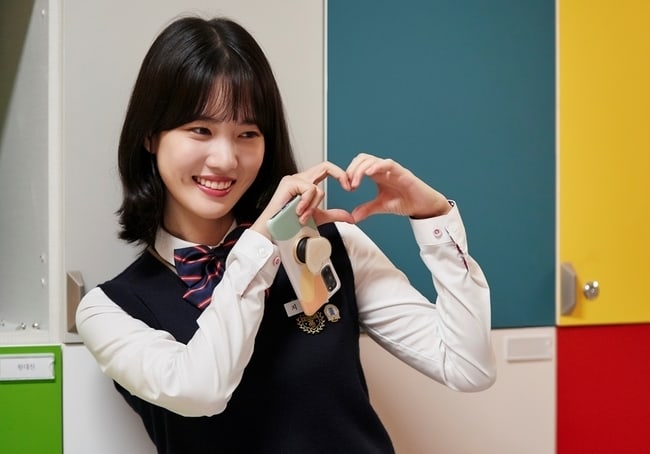 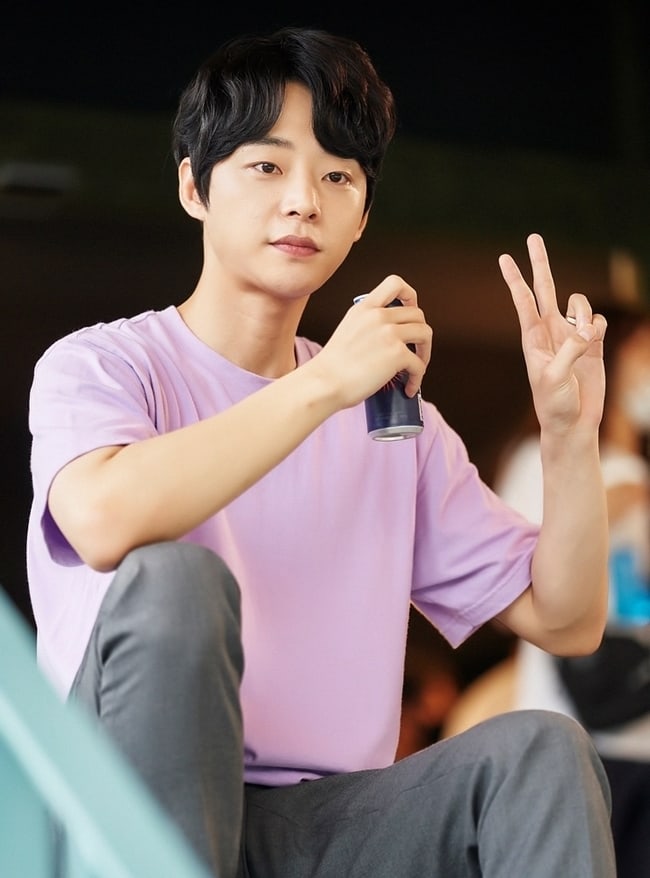