Previously, Lee Bit Chae Woon’s mother Kim Jung Won (Hwang Shin Hye) fell deep into regret as she thought about the time when she couldn’t properly care for her child due to her postpartum depression. Not only did she lose Lee Bit Chae Woon due to her past condition, but she also felt guilty about not being able to protect her even after they were reunited due to resistance from her adoptive daughter Jang Seo Ah (Han Bo Reum). Wanting to convey her feelings to Lee Bit Chae Woon before it was too late, Kim Jung Won finally paid her a visit.

The newly released stills show the mother and daughter wrapped in a tearful embrace. Lee Bit Chae Woon falls into her mother’s arms, finally setting aside her reservations as Kim Jung Won holds her tightly in return. After finally composing their emotions, the pair then begin to converse as they make up for lost time. 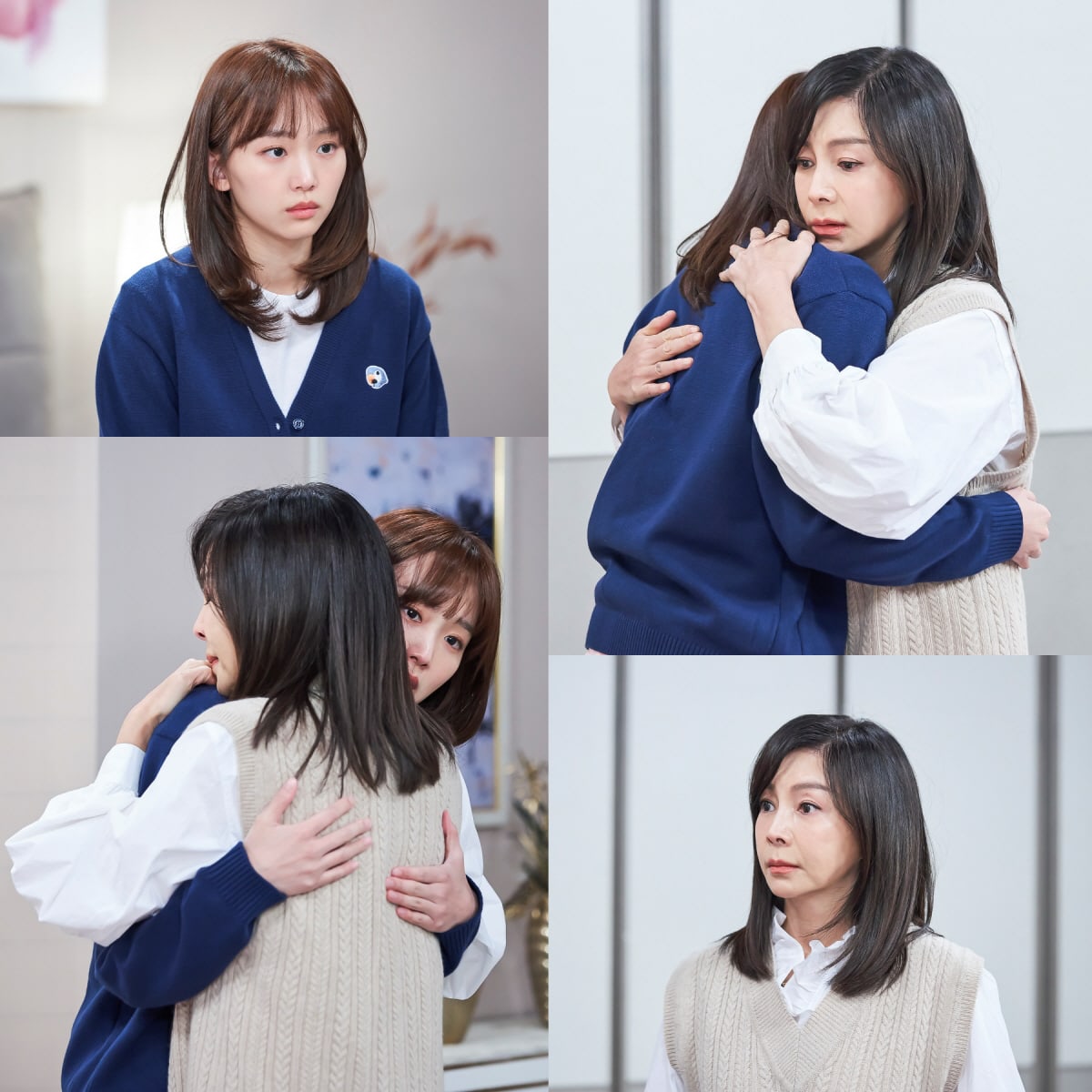 The drama’s production team commented, “The story behind Kim Jung Won’s physical and emotional pain will be revealed in today’s episode. The mother and daughter will move viewers to tears as they convey their sincere feelings to each other. Please look forward to the heartbreaking story created by Hwang Shin Hye and Jin Ki Joo through their roles as a mother and daughter who are opening up their hearts and growing closer together.”