Shinji is a frequent guest (on the phone as well as in person) on “2 Days & 1 Night,” since her longtime bandmate, Kim Jong Min, has been a fixed cast member on the show for over a decade.

On the December 13 episode, the cast kicked off their season’s one-year anniversary project, “Feel the Rhythm of Korea.” For this project, the members had to do research about a region in Korea and promote their results through a presentation. The region that was picked would become the focus of a special episode. 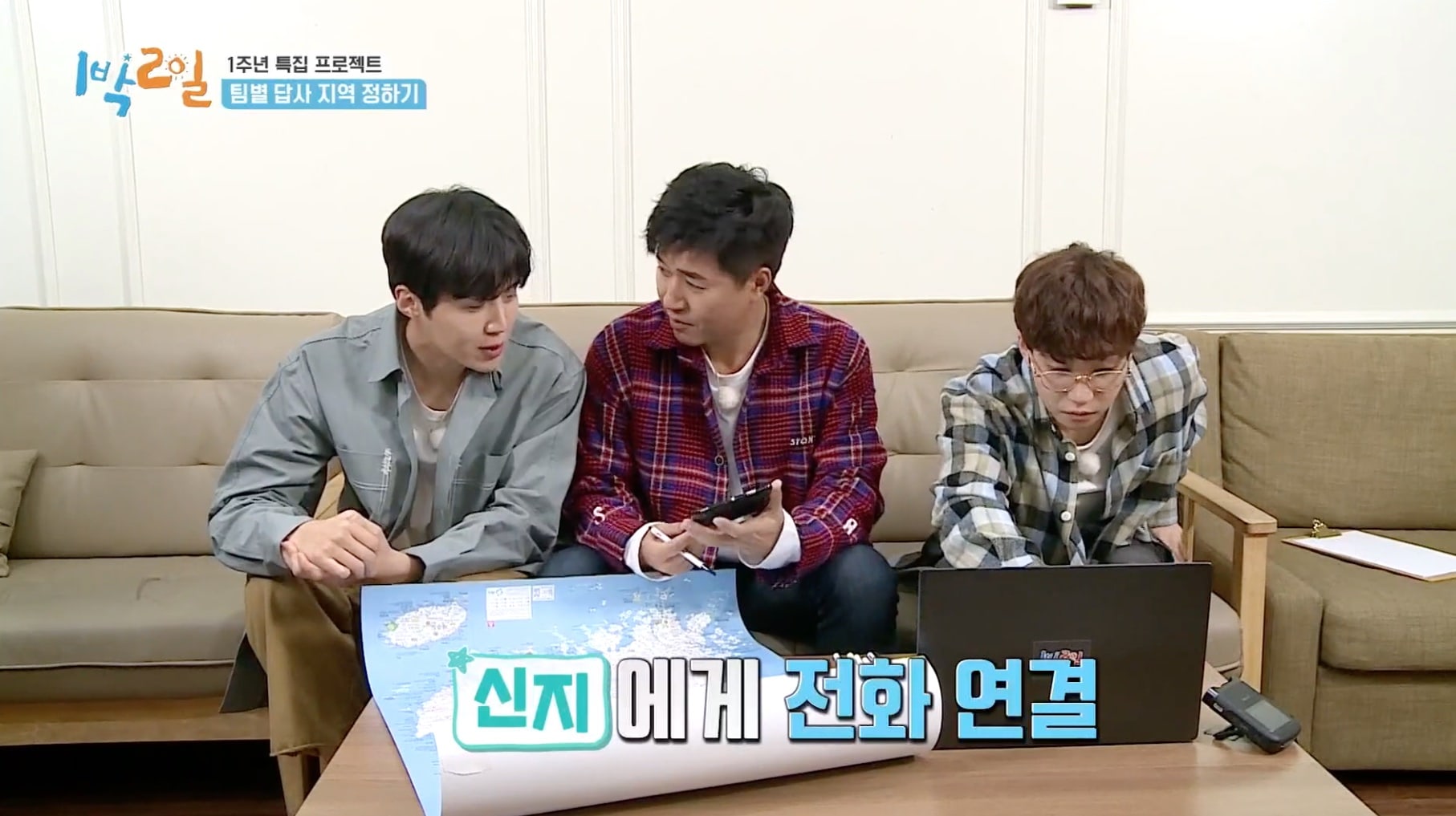 Kim Jong Min, Kim Seon Ho, and DinDin, who were part of one team, chose Incheon as their region. To get more information about Incheon, DinDin suggested asking a native of Incheon for help. Kim Jong Min decided to call Shinji, who is from Incheon. Kim Seon Ho asked if it was okay to call at that hour, and Kim Jong Min said, “It’s fine. She’ll probably swear at me though.” 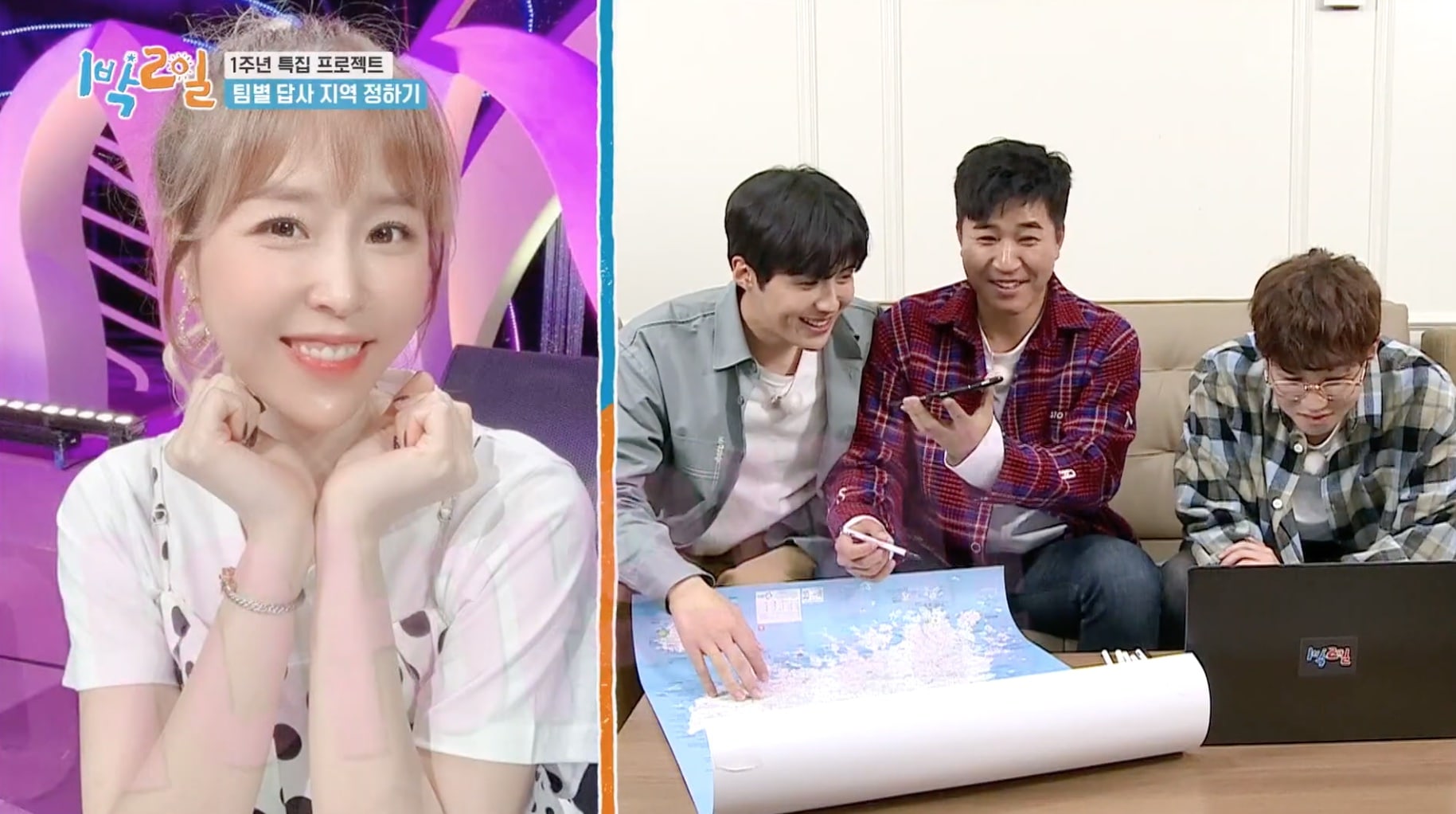 Shinji picked up and Kim Jong Min asked her, “Are you busy?” Shinji, not yet knowing the purpose of the call, said casually, “No, I’m watching ‘Start-Up.'” At the mention of his drama, Kim Seon Ho sat up straight and said, “Oh?” Kim Jong Min held up the phone for him and he said, “Hello, this is Seon Ho,” prompting a shriek from Shinji. 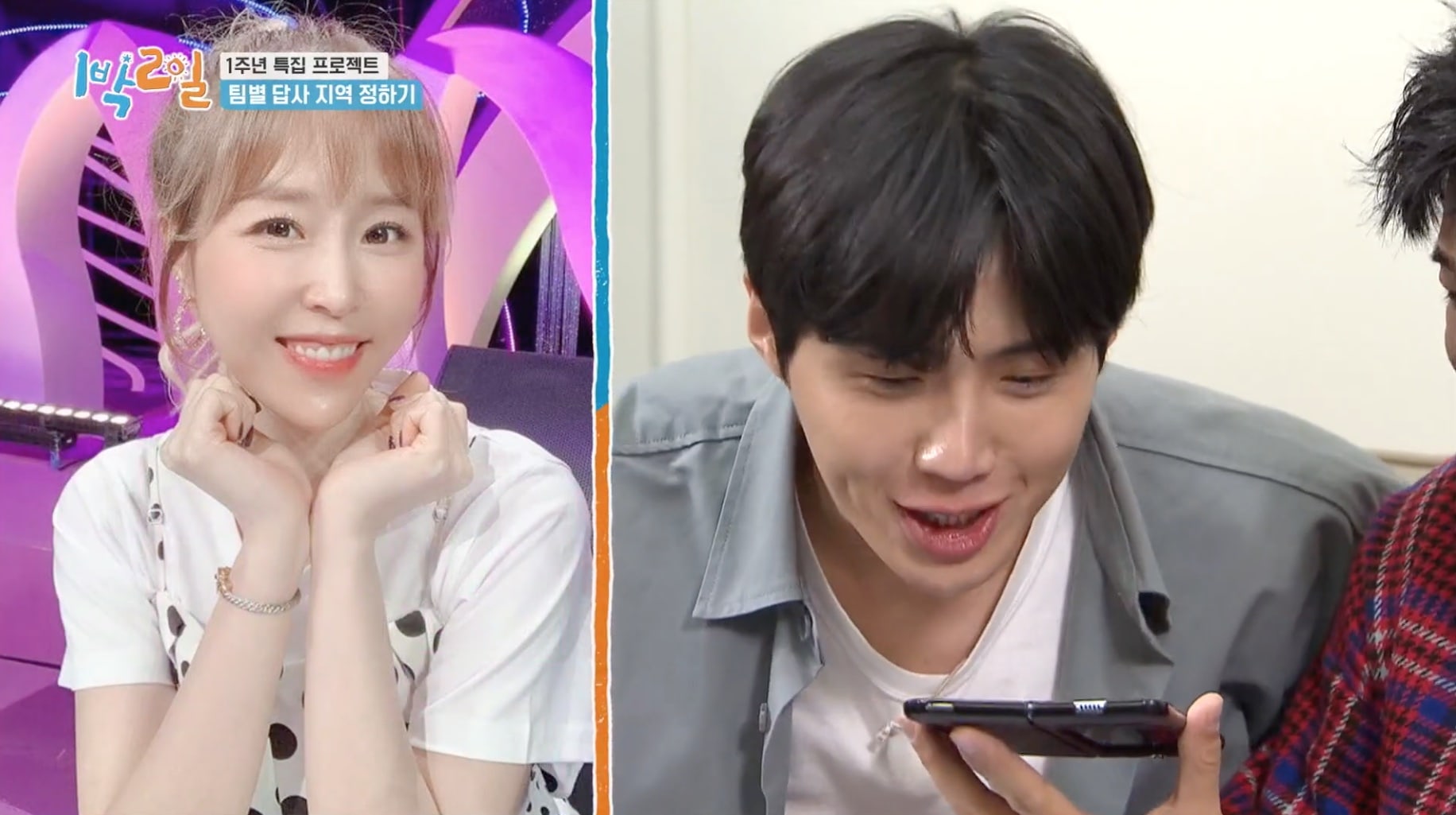 She stuttered, “The person who is on TV right now?,” and Kim Seon Ho replied, “I’m working really hard right now.” She then responded affectionately, “I know.” He thanked her for being a fan of the drama and she said, “As soon as I finished work, I got home and started watching.”

When DinDin got on the phone and greeted her, Shinji replied, “Thank you, DinDin,” in a more subdued tone, which he noticed right away.

Getting back to the purpose of their call, Shinji shared with them various popular locales in Incheon that they could use for their presentation.