A recently released video shows behind-the-scenes footage from the filming of each couple’s different story and features interviews with the cast. Separated into three important key points about the film, the video begins by highlighting its hopeful message that aims for a new start.

Kim Kang Woo and Yoo In Na play the constantly bickering pair Ji Ho and Hyo Young, who slowly reopen their hearts to each other after being afraid to love again due to past relationships failing.

Yoo In Na shares, “The sight of the characters just trying hard to be a bit more happy within their own situations is very heart-warming.” She adds that she was able to feel happy while filming thanks to her co-star Kim Kang Woo.

Kim Kang Woo says, “She has so many charming qualities and I’d like to work with her again.” 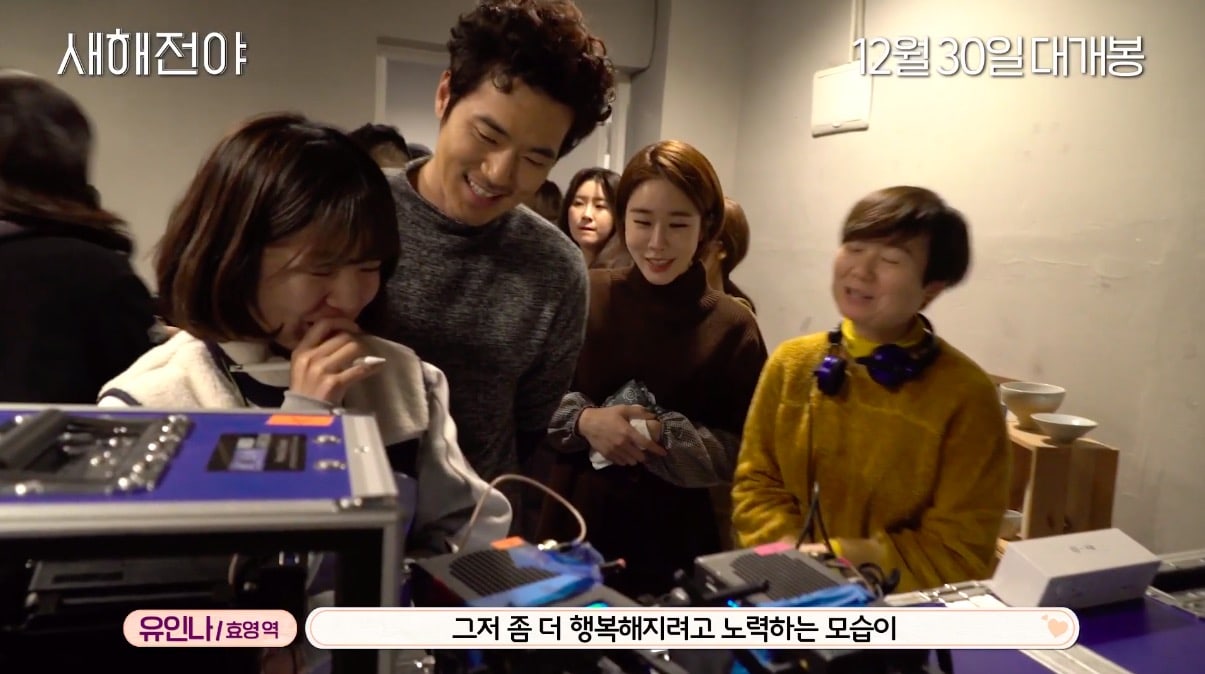 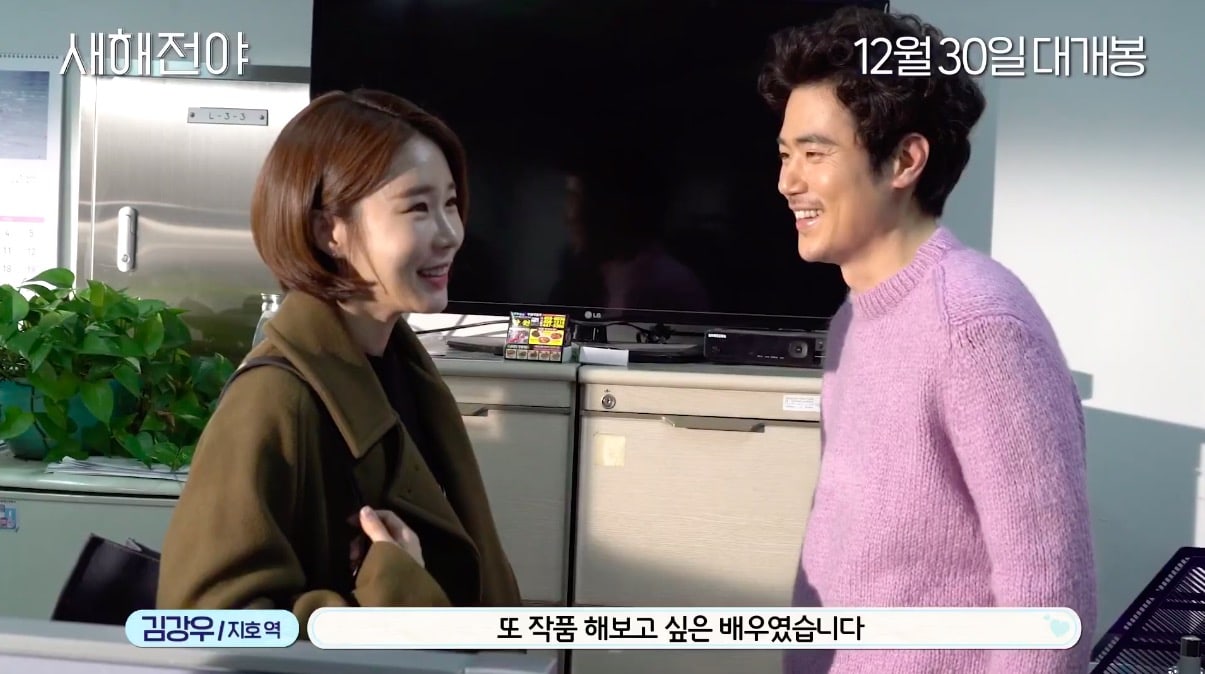 Yoo Yeon Seok and Lee Yeon Hee take the roles of Jae Heon and Jin Ah, who feel dissatisfied with their lives and find comfort in each other while in Argentina.

Yoo Yeon Seok describes their story as portraying the heart-racing excitement of a new and unfamiliar relationship. Lee Yeon Hee says, “I was able to rely on him and feel comfortable while we filmed.” Yoo Yeon Seok adds that they’d naturally become closer and it had been an enjoyable shoot. 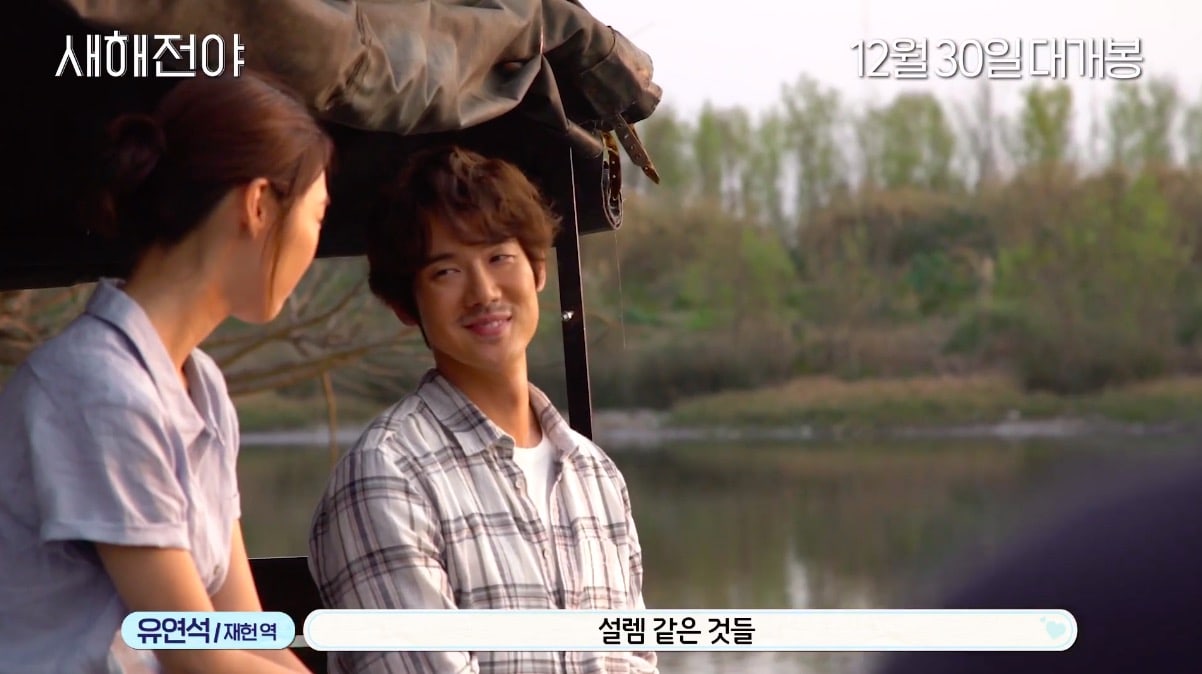 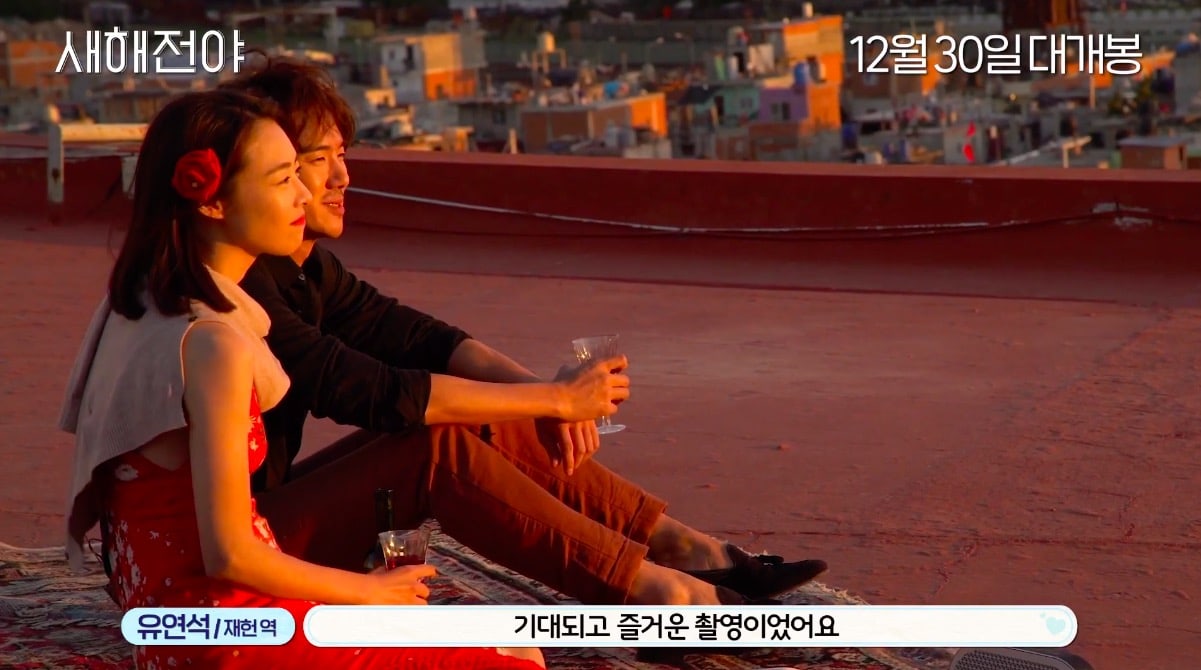 Yeom Hye Ran describes that the set had been very comfortable and cheerful, and Lee Dong Hwi says, “I think our chemistry will also seem very cute and entertaining in the film. It was an unforgettable experience to get to work with the two of them.” 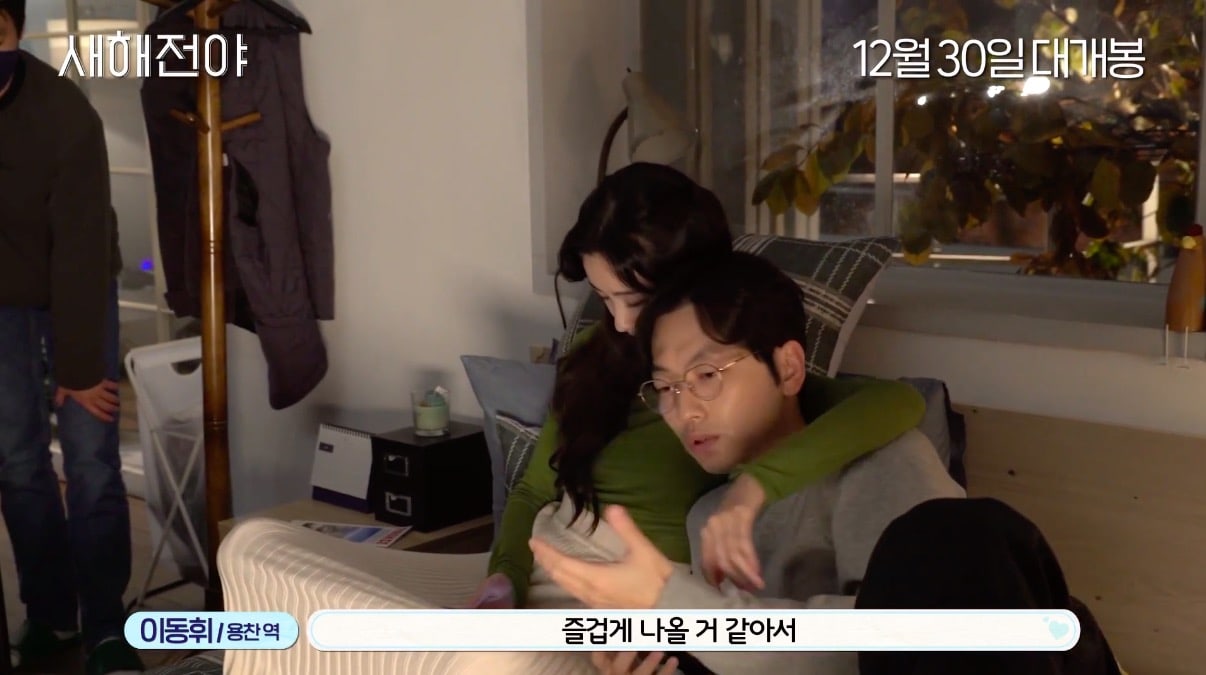 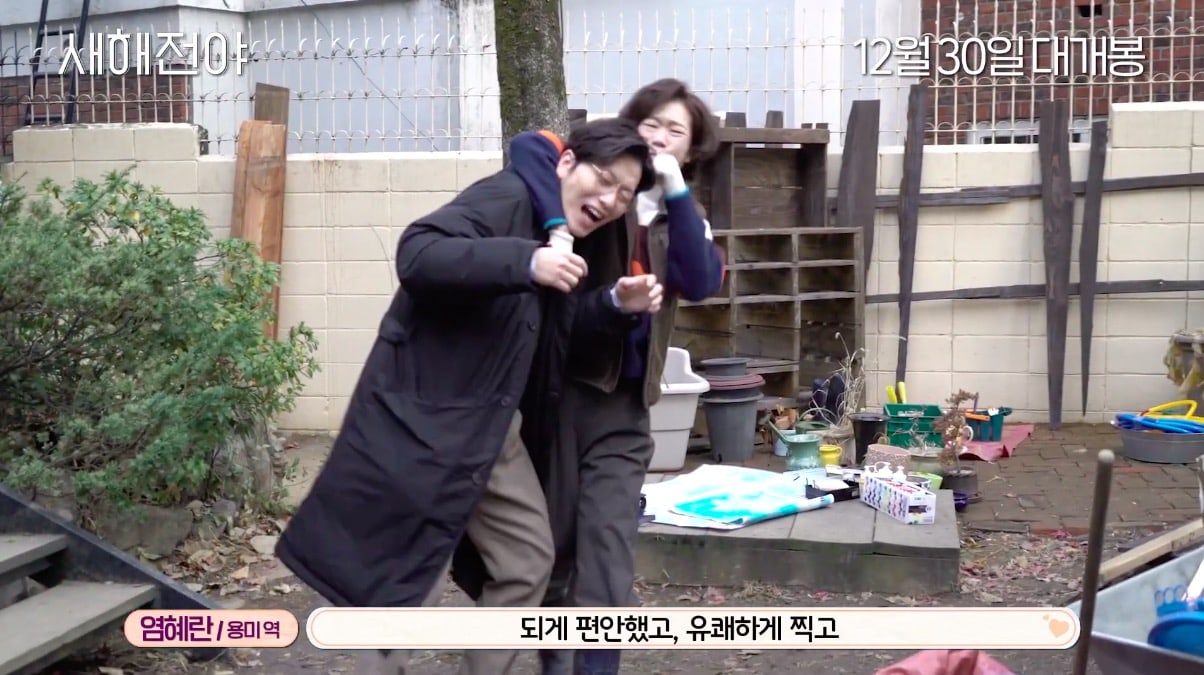 Sooyoung and Yoo Tae Oh take the roles of gardener Oh Wol and Paralympian Rae Hwan, who have been in a relationship for a long time.

Yoo Tae Oh says that they were a good fit for each other and so he’d always felt comfortable on set. Sooyoung shares that they’d been able to quickly become friends, saying she thinks they were the couple in the film with the most moments of showing physical affection. 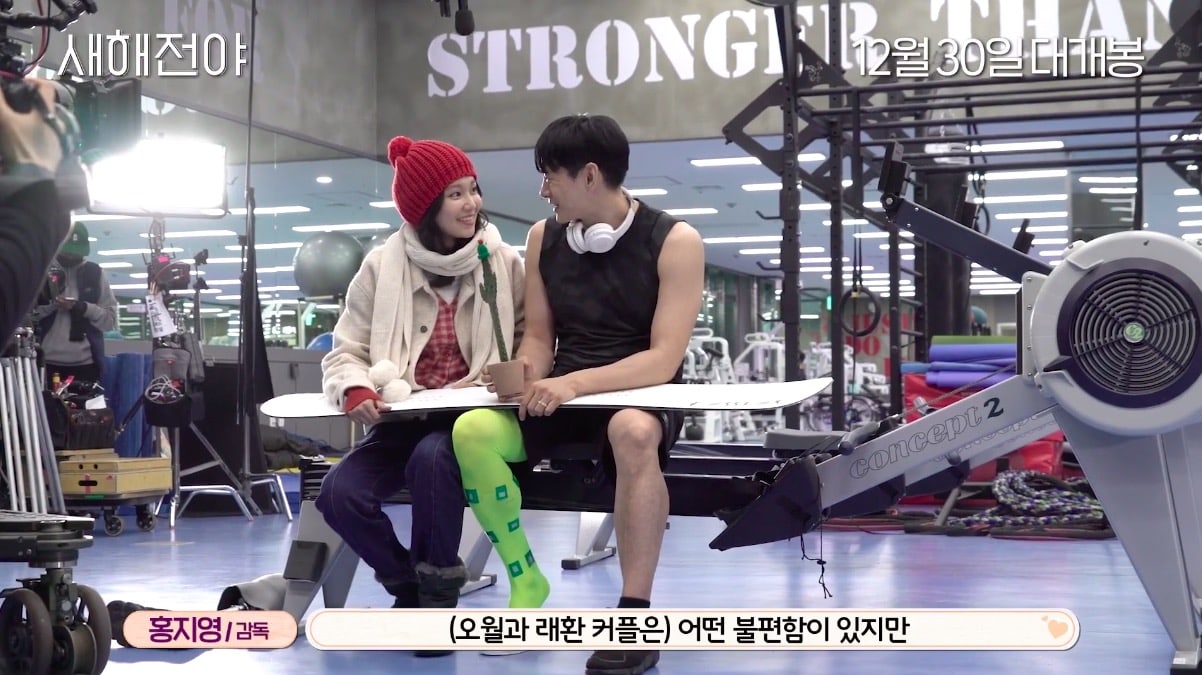 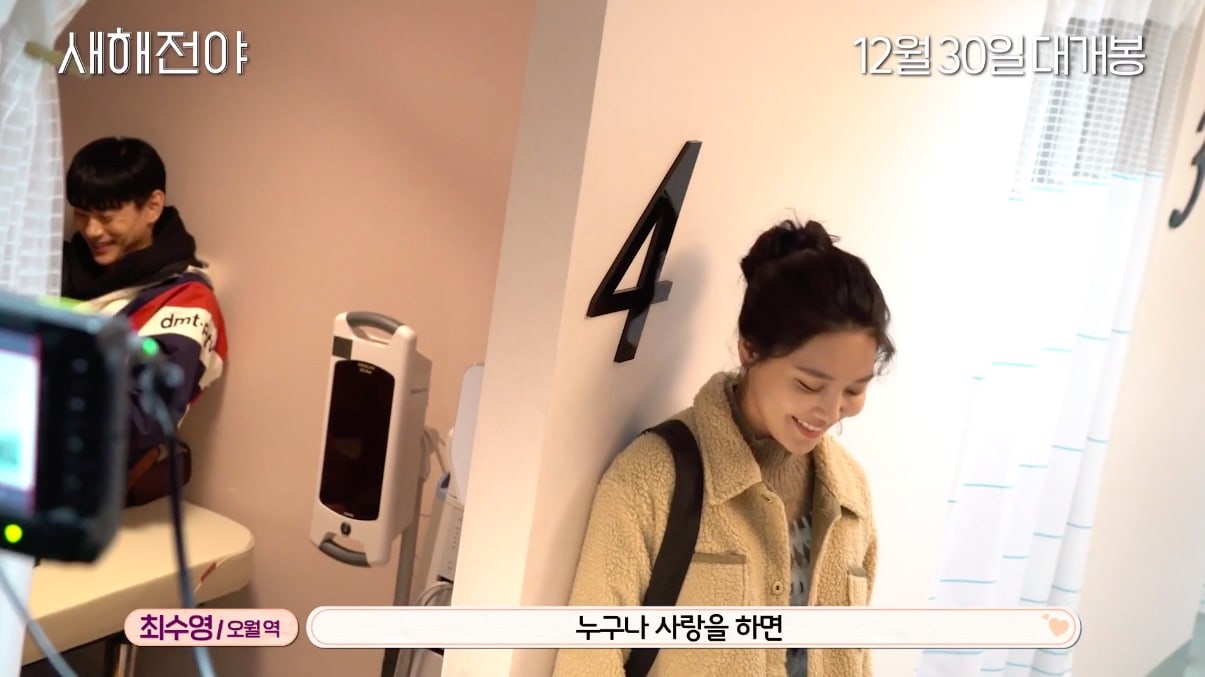 The next point the video focuses on is the four couple’s chemistry that will make viewers’ hearts flutter.

Yoo In Na shares, “We put a lot of effort into getting the right balance between a sense of distance and their feelings for each other. I think it will particularly be able to give some courage to people who’ve been hurt through relationships or marriage.”

Yoo Yeon Seok says, “I can’t remember ever seeing a Korean movie that filmed in front of the Iguazu Falls before.” Lee Yeon Hee comments, “I think the movie will do a good job at portraying the unique atmosphere and colors of Argentina.”

Lee Dong Hwi shares, “The scene where we’re on a date in downtown Seoul was really special and fun.” 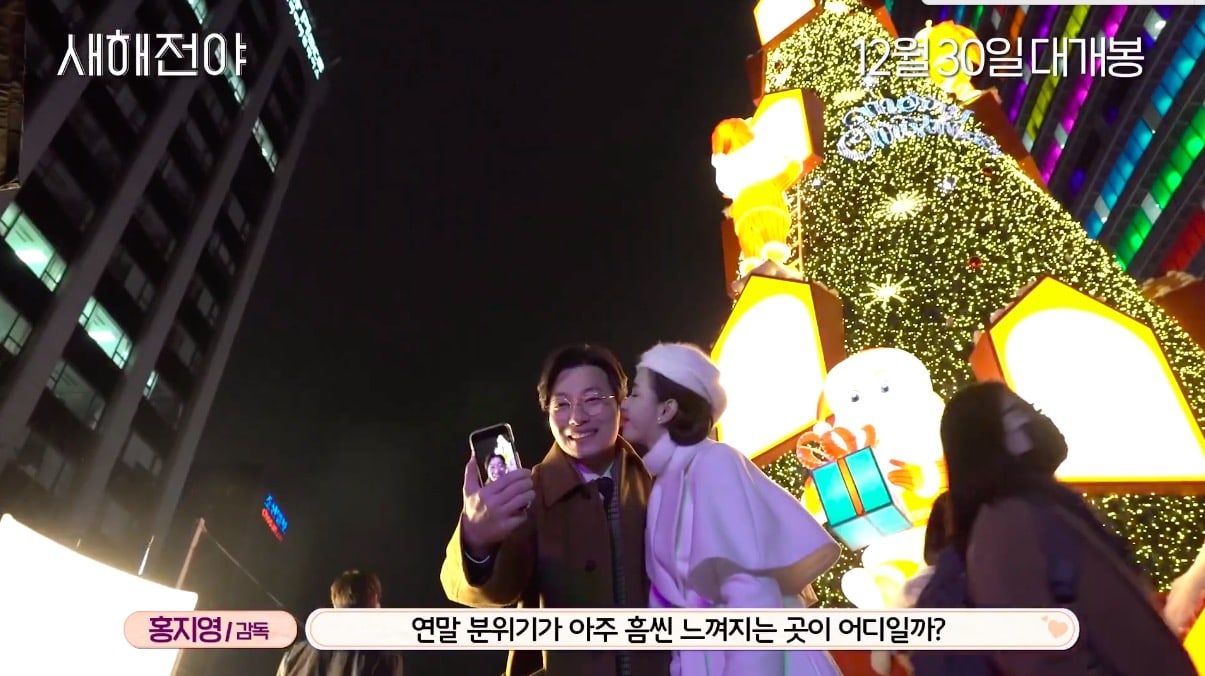 Sooyoung says, “I thought we should be sure to put more of an emphasis on their exchange of looks, which only the two of them know about, within the crowd of people.” Yoo Tae Oh says, “We have to be happy. I think people will relate to that.” 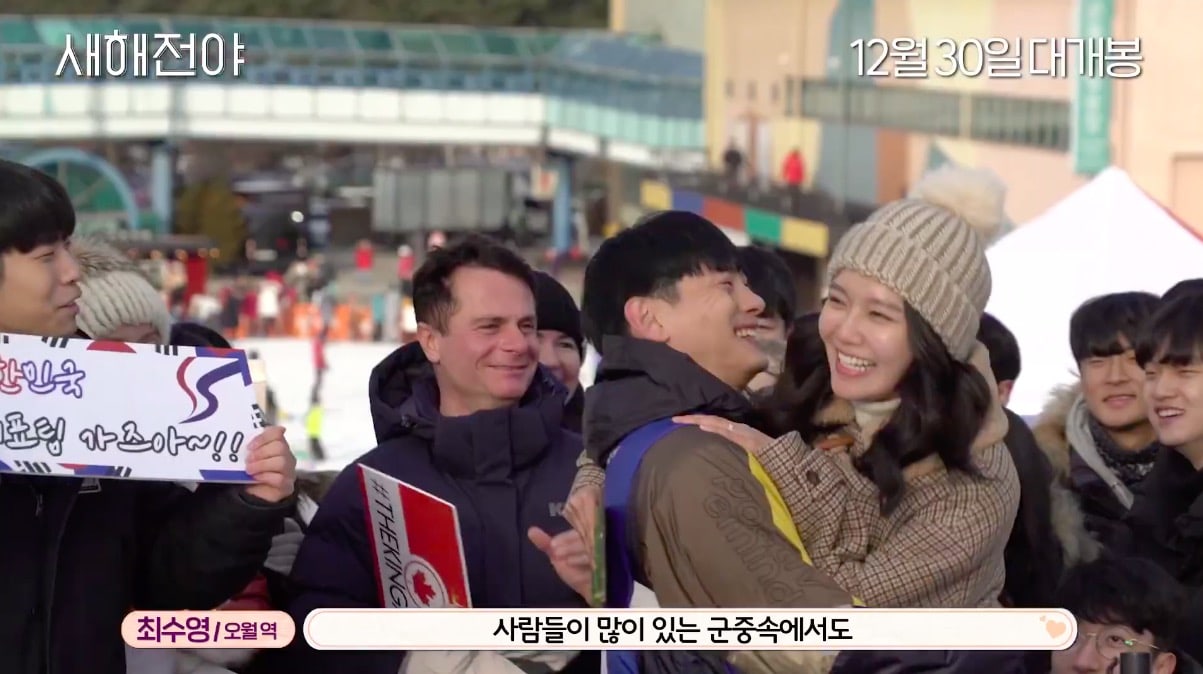 The third key point is that people of any age will be able to enjoy and relate to the story. Director Hong Ji Young says it will comfort everyone who is experiencing anxiety about love, work, and the future, and Yoo Tae Oh describes it as a movie that people will be able to watch again every winter.

The movie has also shared four new romantic posters that show the couples enjoying moments together with sparklers. 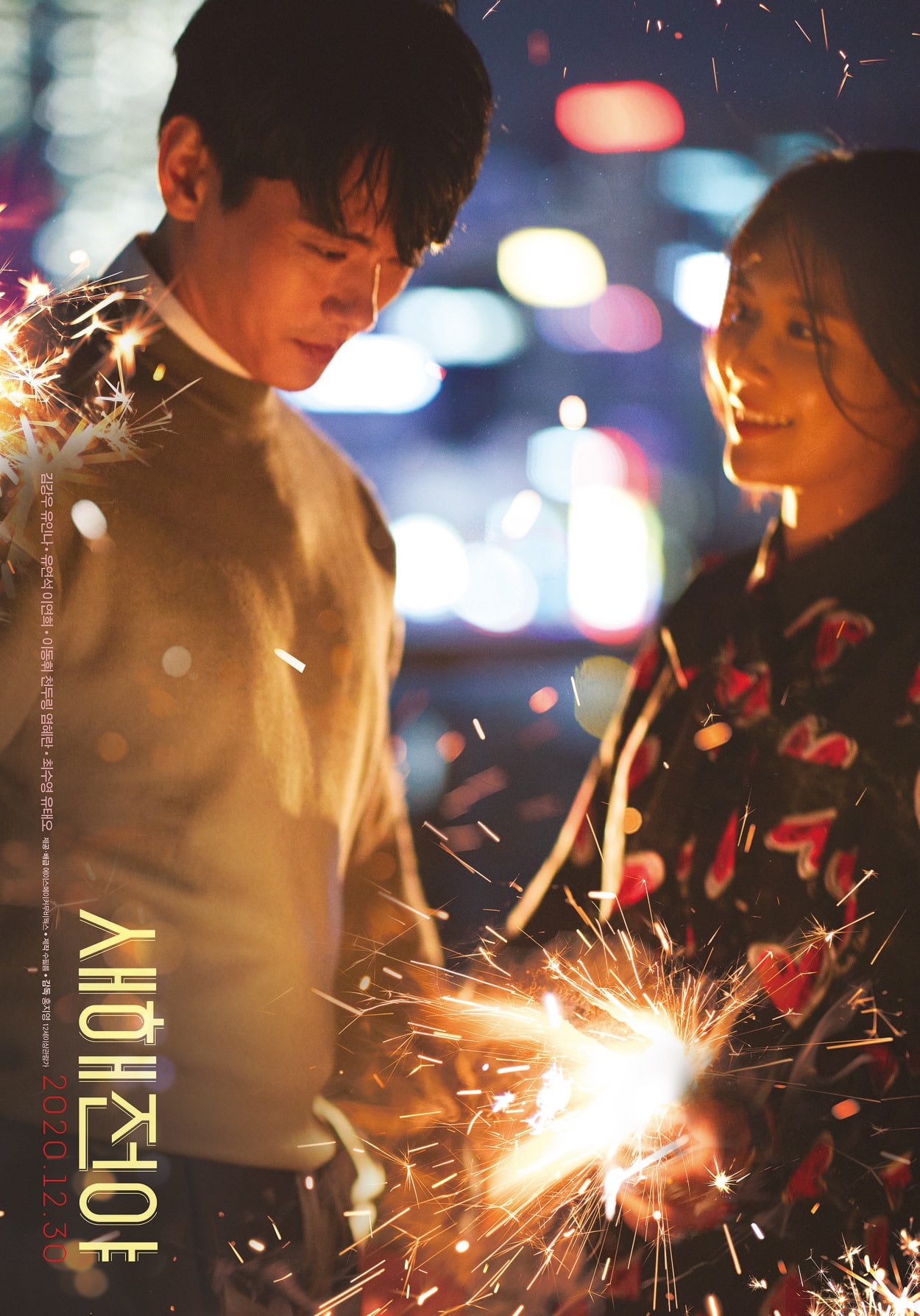 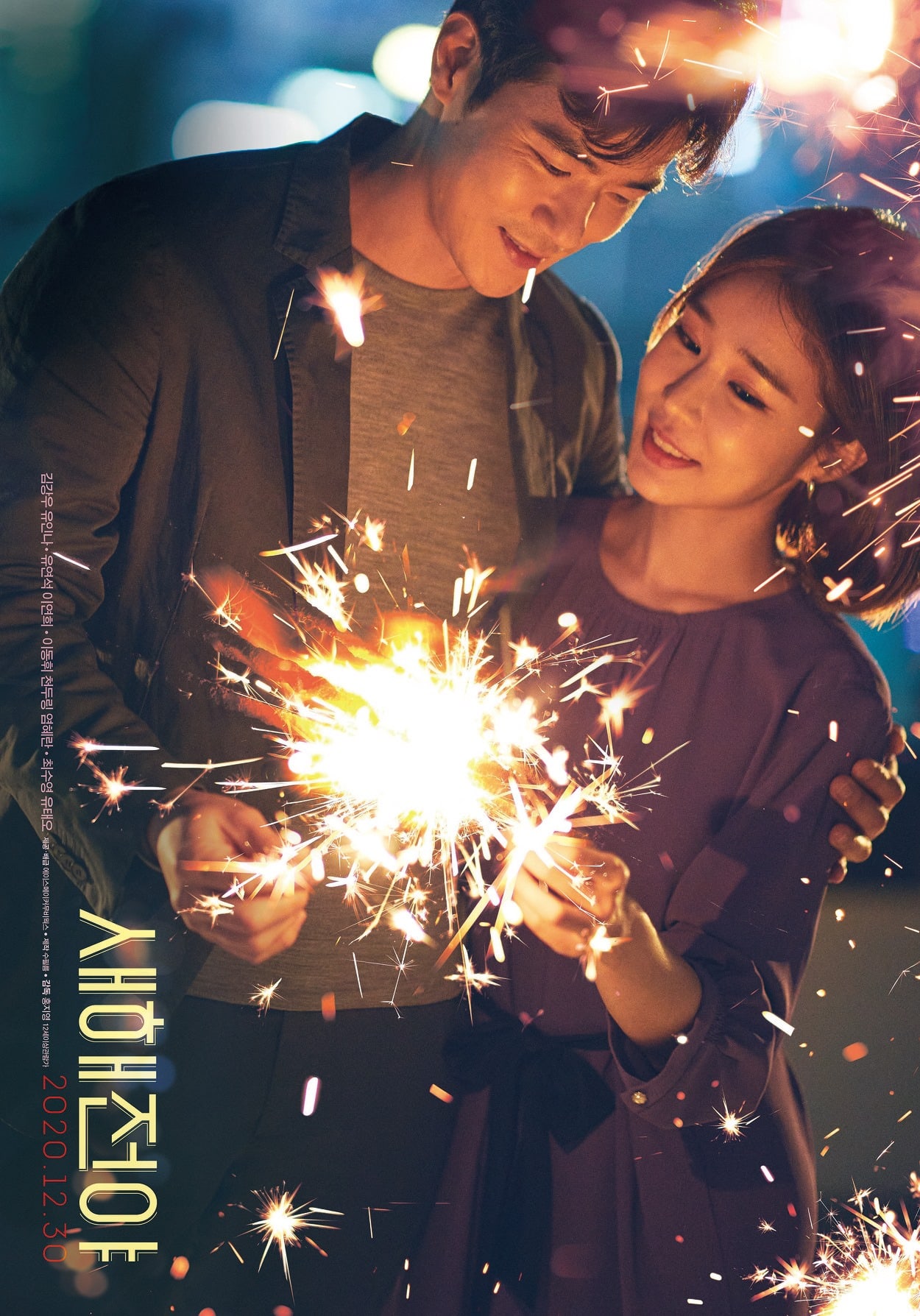 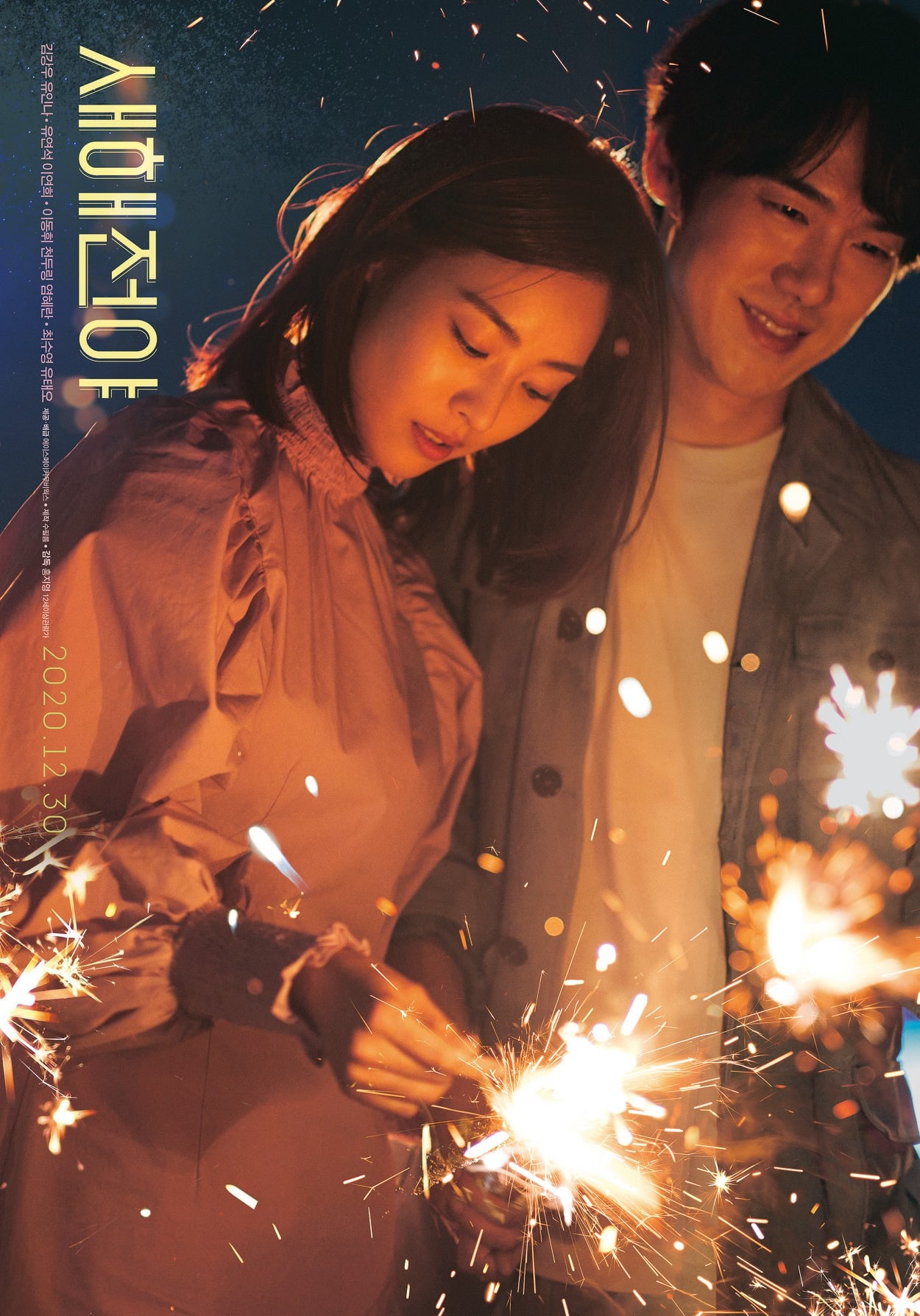 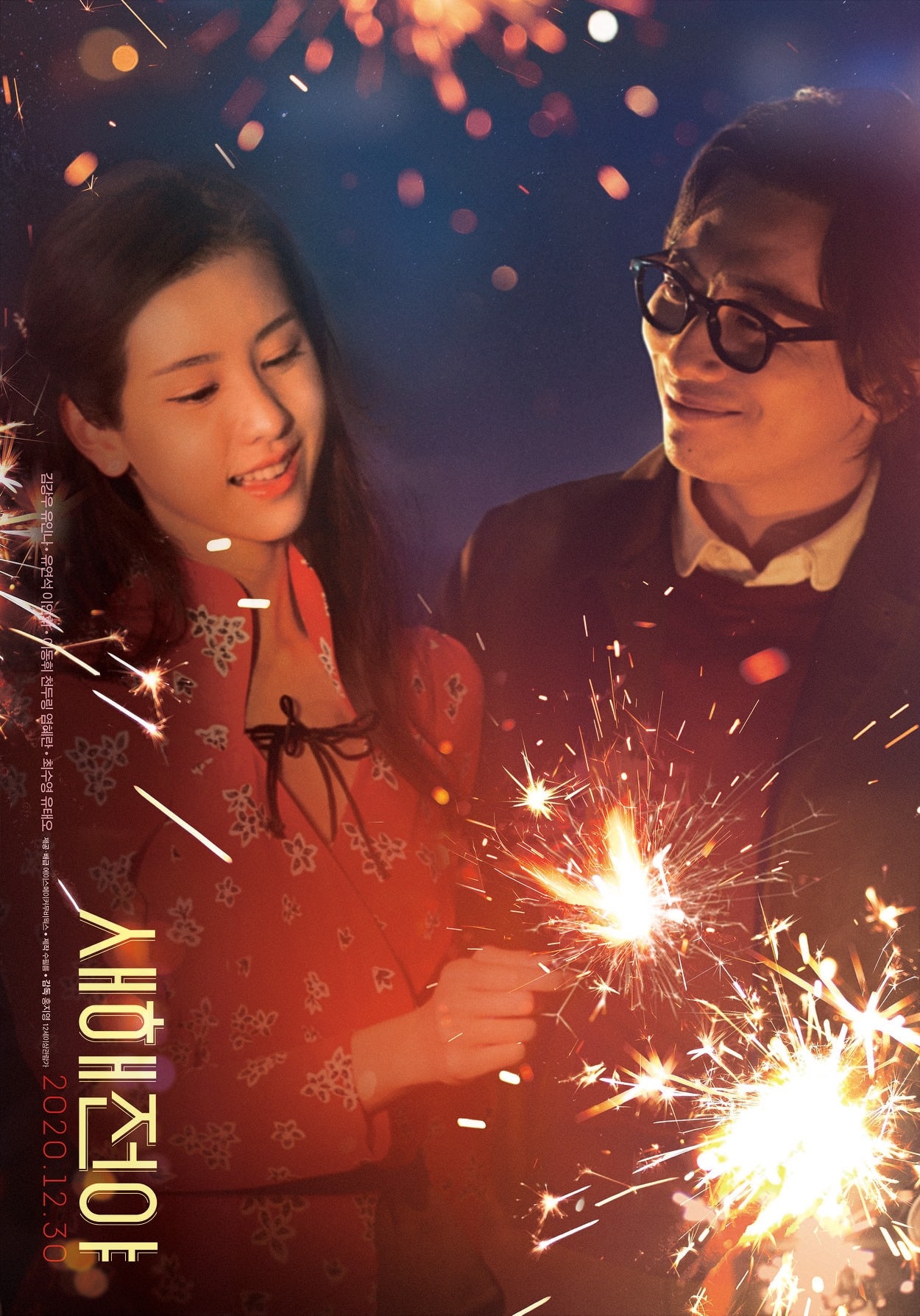