Jo Yeo Jeong, Go Joon, Kim Young Dae, And More Continue To Hide The Truth In “Cheat On Me If You Can”

KBS2’s “Cheat on Me If You Can” gave a sneak peek of the upcoming episode!

In last week’s broadcast, Kang Yeo Joo participated in the investigation on the disappearance of Baek Soo Jung (Hong Soo Hyun). She critiqued the weakness of the initial investigation, angering Jang Seung Chul (Lee Si Eon) and Ahn Se Jin (Kim Ye Won). Furthermore, Jang Seung Chul and Ahn Se Jin were unable to hide their shock when they belatedly realized that Kang Yeo Joo’s husband is Han Woo Sung, who is under suspicion for being in an affair with Baek Soo Jung.

Jang Seung Chul talked big about stopping Kang Yeo Joo from joining the investigation since she and Baek Soo Jung could have been rivals in love, but in the midst of all the chaos, a body suspected of being Baek Soo Jung’s was discovered. 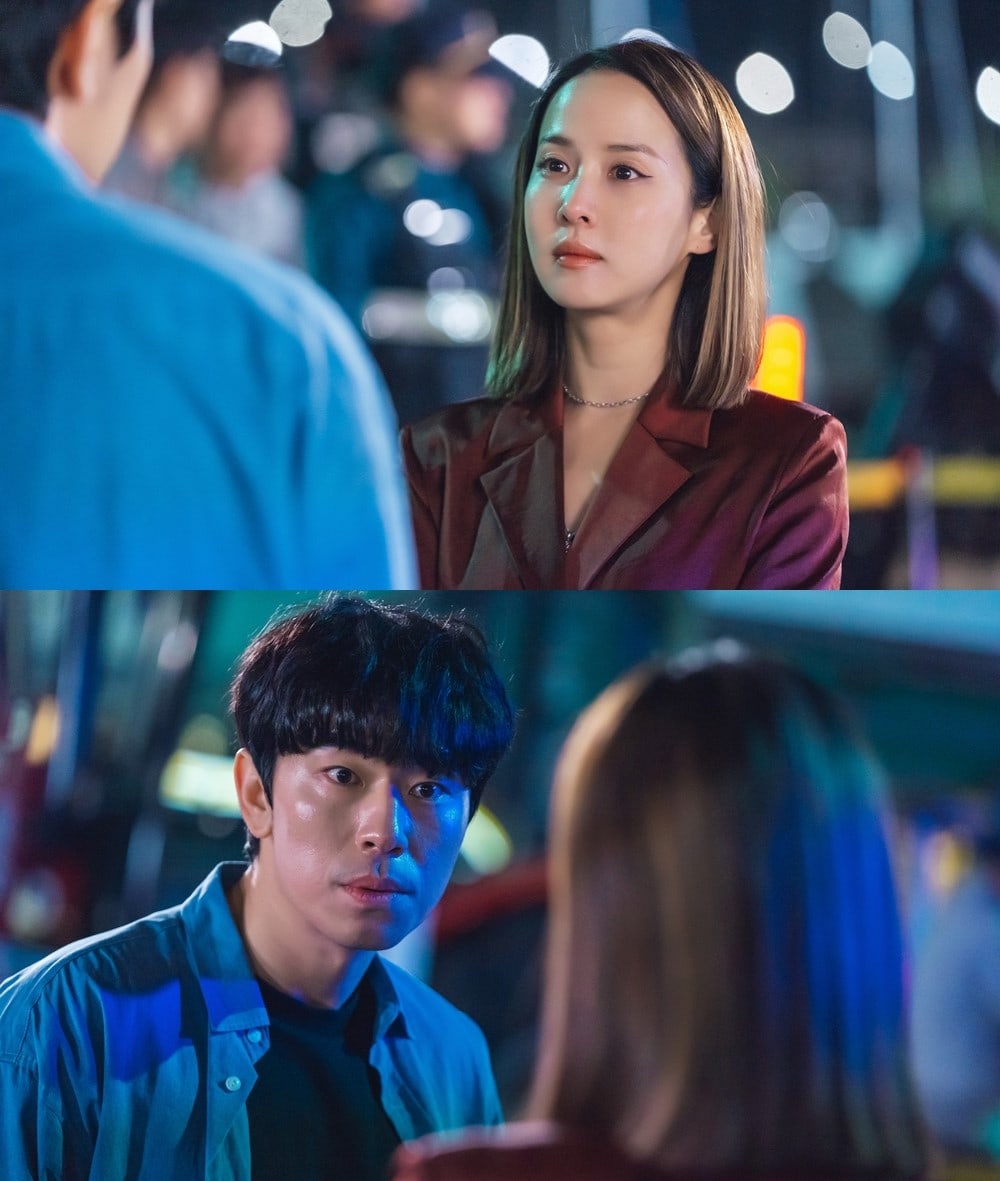 The production team shared, “Between Kang Yeo Joo and Jang Seung Chul, a new truth regarding Baek Soo Jung’s disappearance will be unveiled.” They added, “Please focus on the characters’ relationships as they are gradually revealed.” 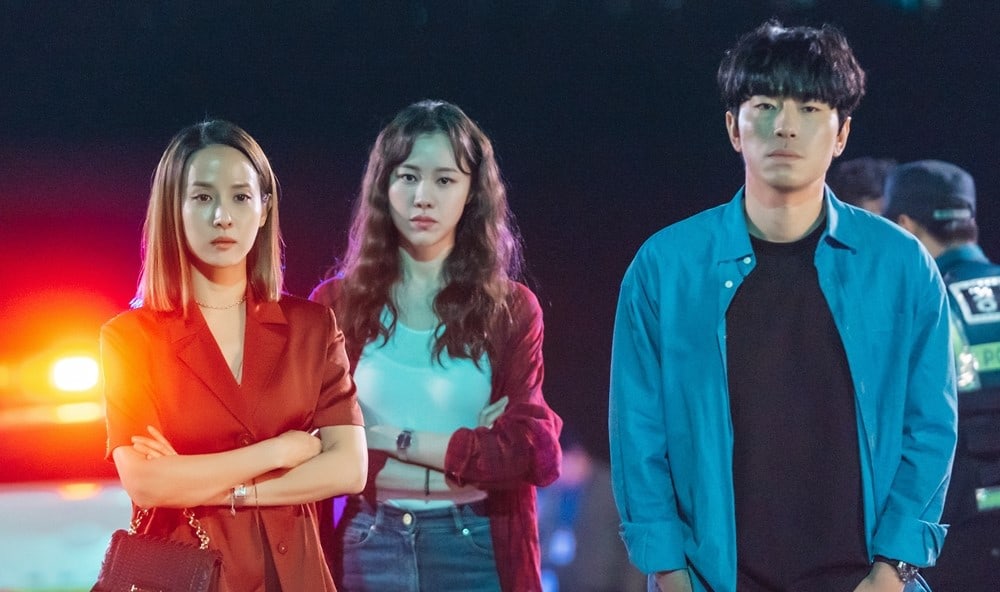 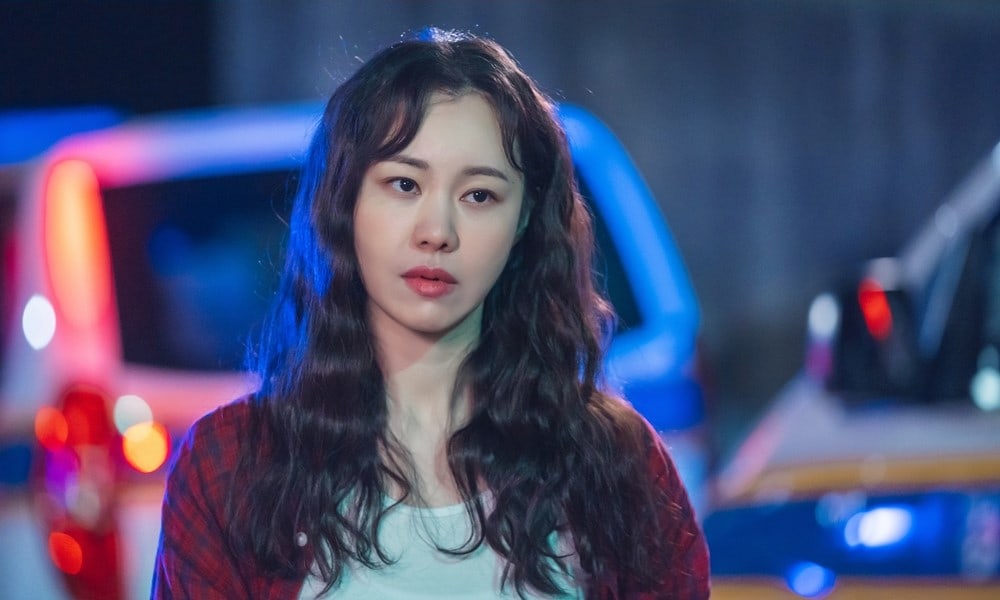 Furthermore, Han Woo Sung was also at a loss due to Baek Soo Jung’s disappearance and his loss of contact with the apartment manager who had been threatening him. Although he had initially planned to clean up all his relationships with other women in order to enter the world of politics and to persuade Kang Yeo Joo, he determined that this was impossible and met with political consultant Nam Ki Ryong (Kim Do Hyun) to reveal his intent to withdraw his election plans.

However, during his meeting with Nam Ki Ryong, Han Woo Sung unintentionally became the main attraction for the reporters, and he fell into the water after meeting Go Mi Rae (Yeonwoo). A new set of stills show Han Woo Sung looking dazed from having just woken up. 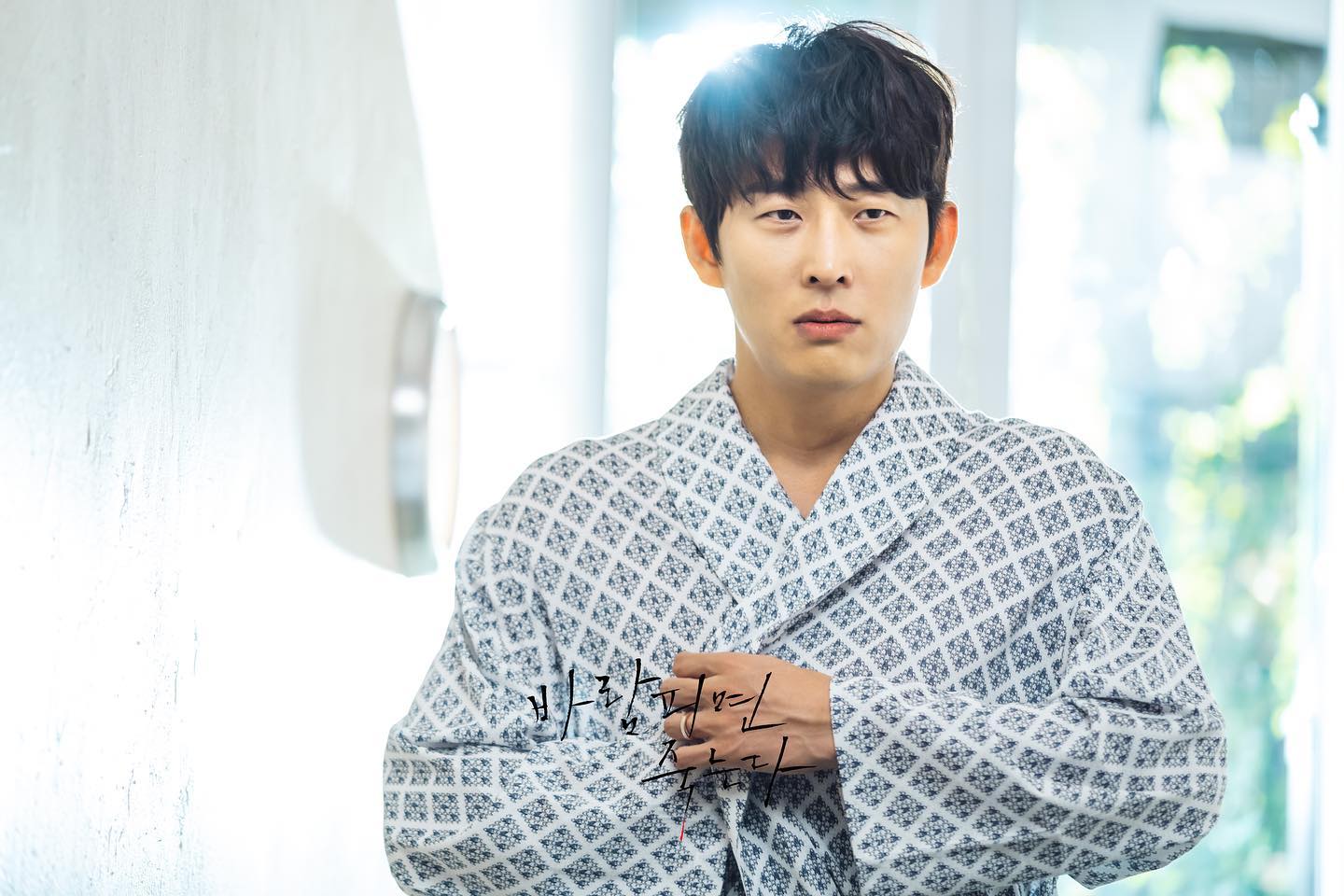 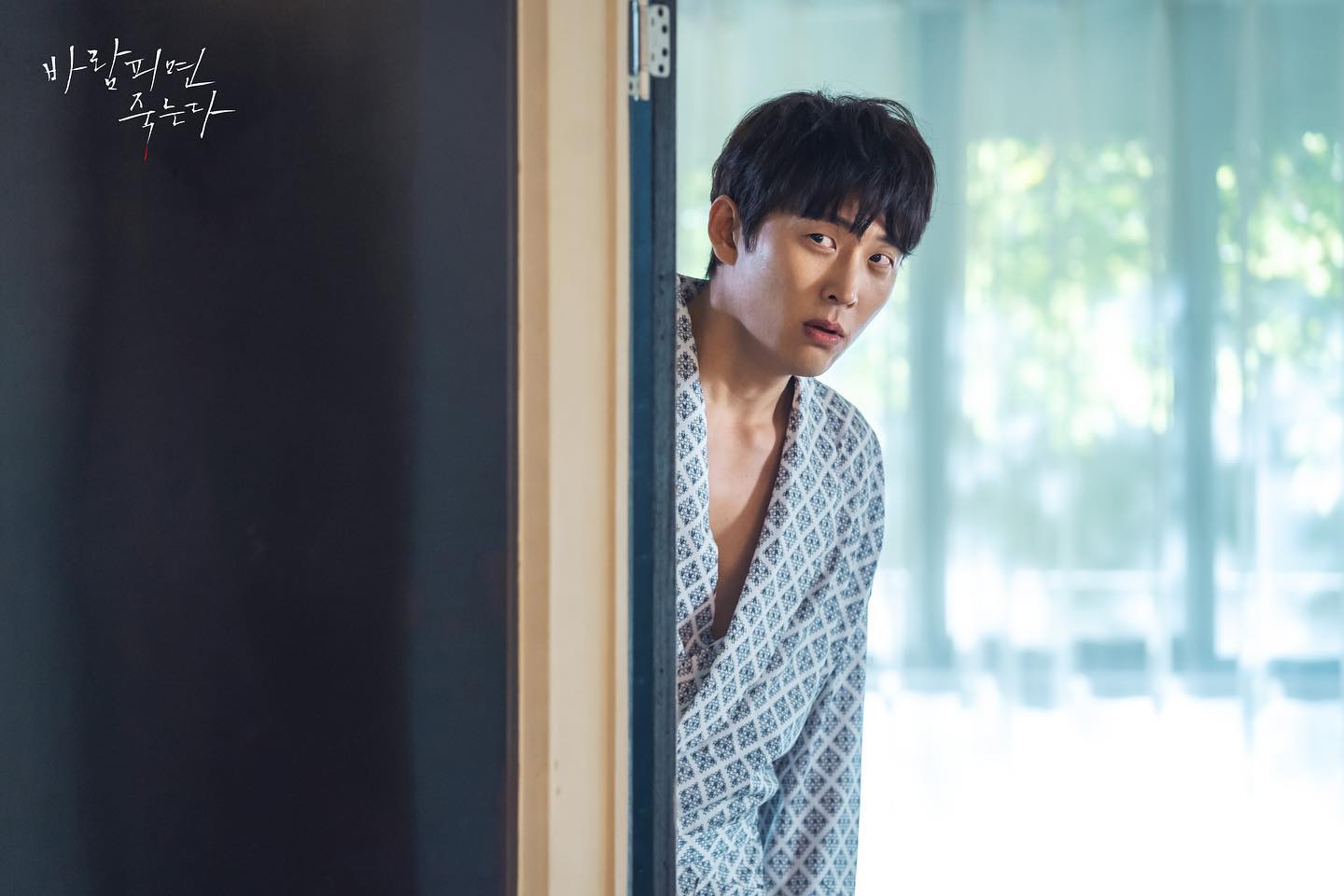 Han Woo Sung sneaks a peek at Kang Yeo Joo, who is spreading cream cheese on her bagel. On his plate, a knife has been stuck into the bagel as if to convey a warning message. Even from the back of Han Woo Sung’s head, he appears to be filled with dread, making viewers wonder if Kang Yeo Joo has learned the truth of his affairs. 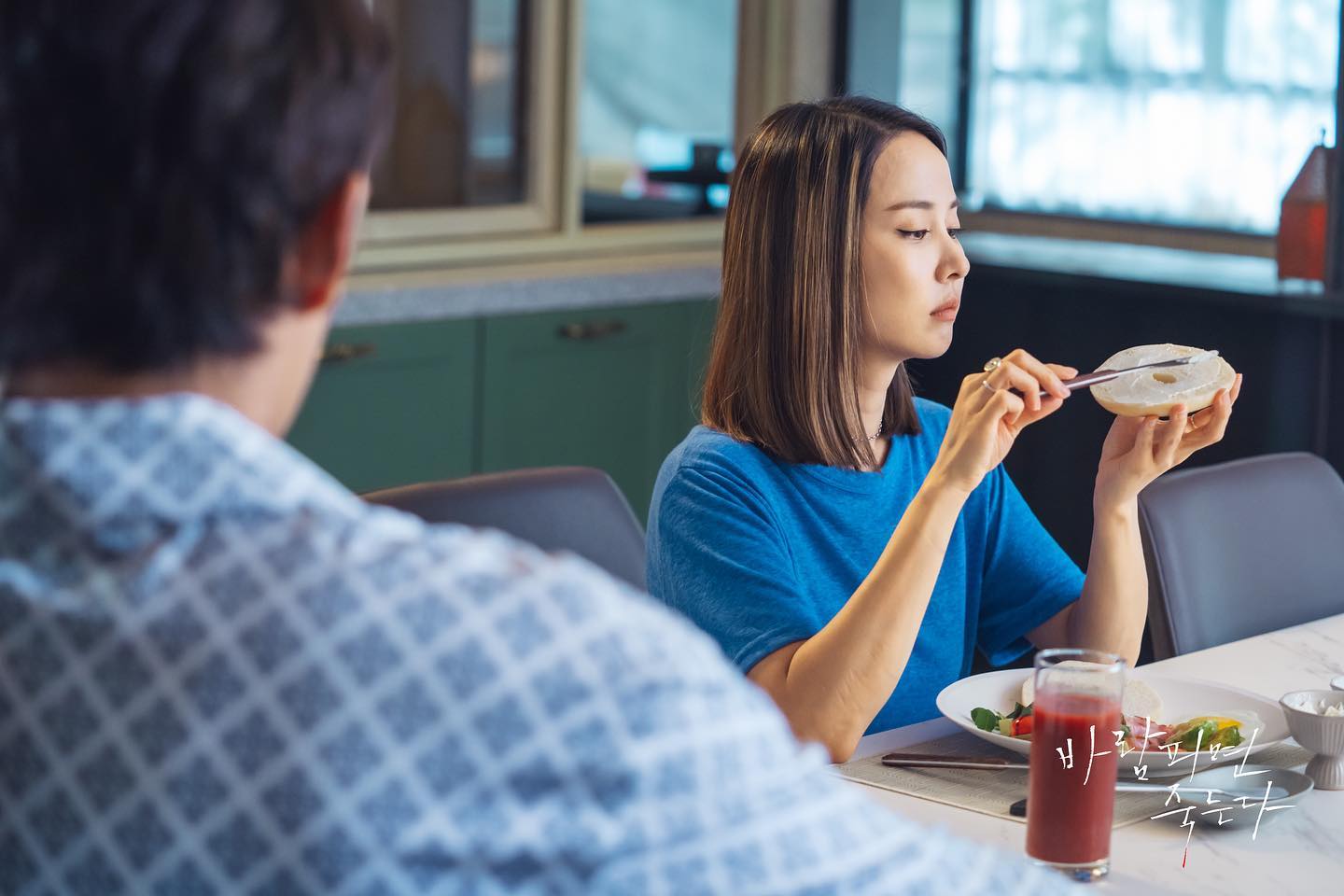 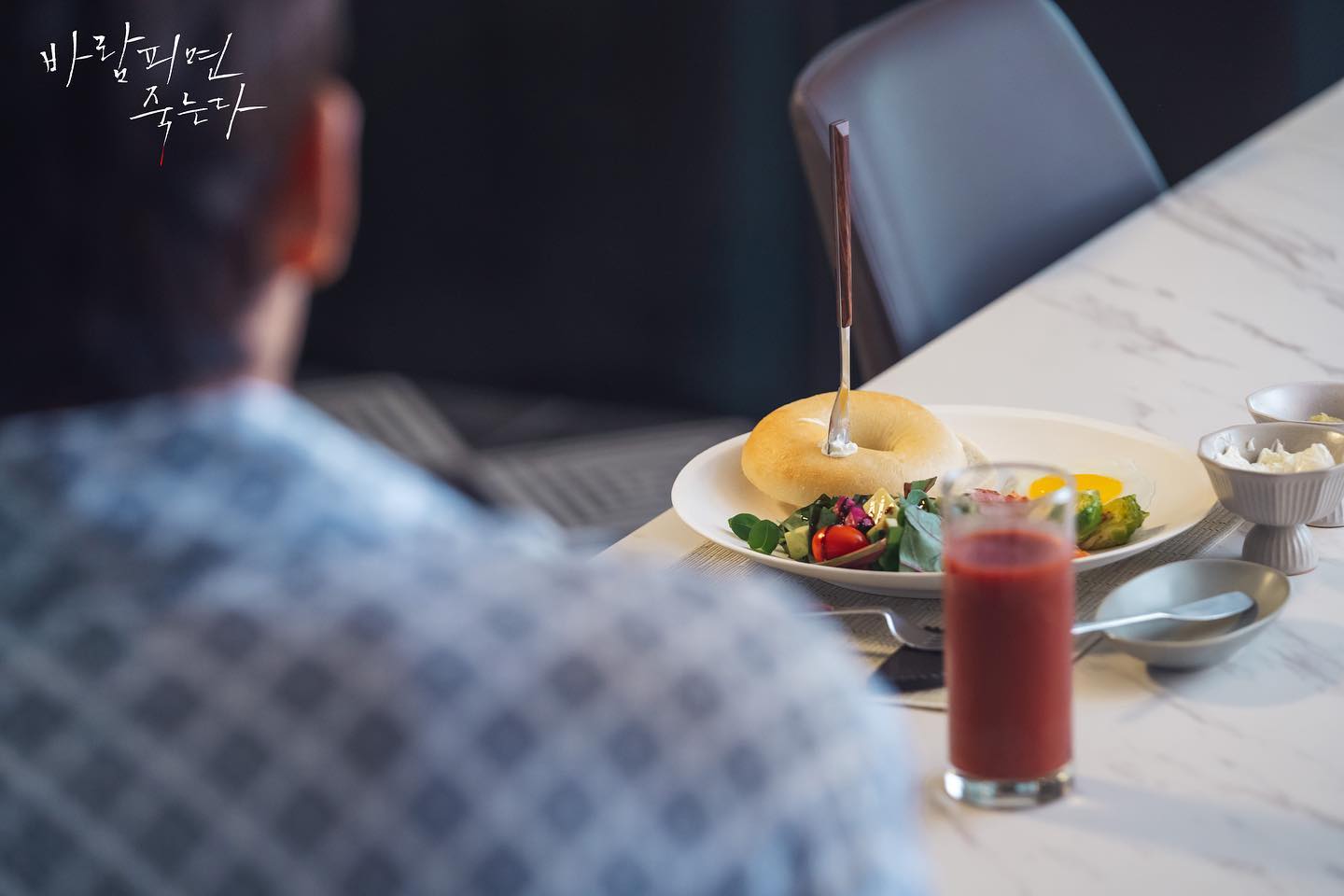 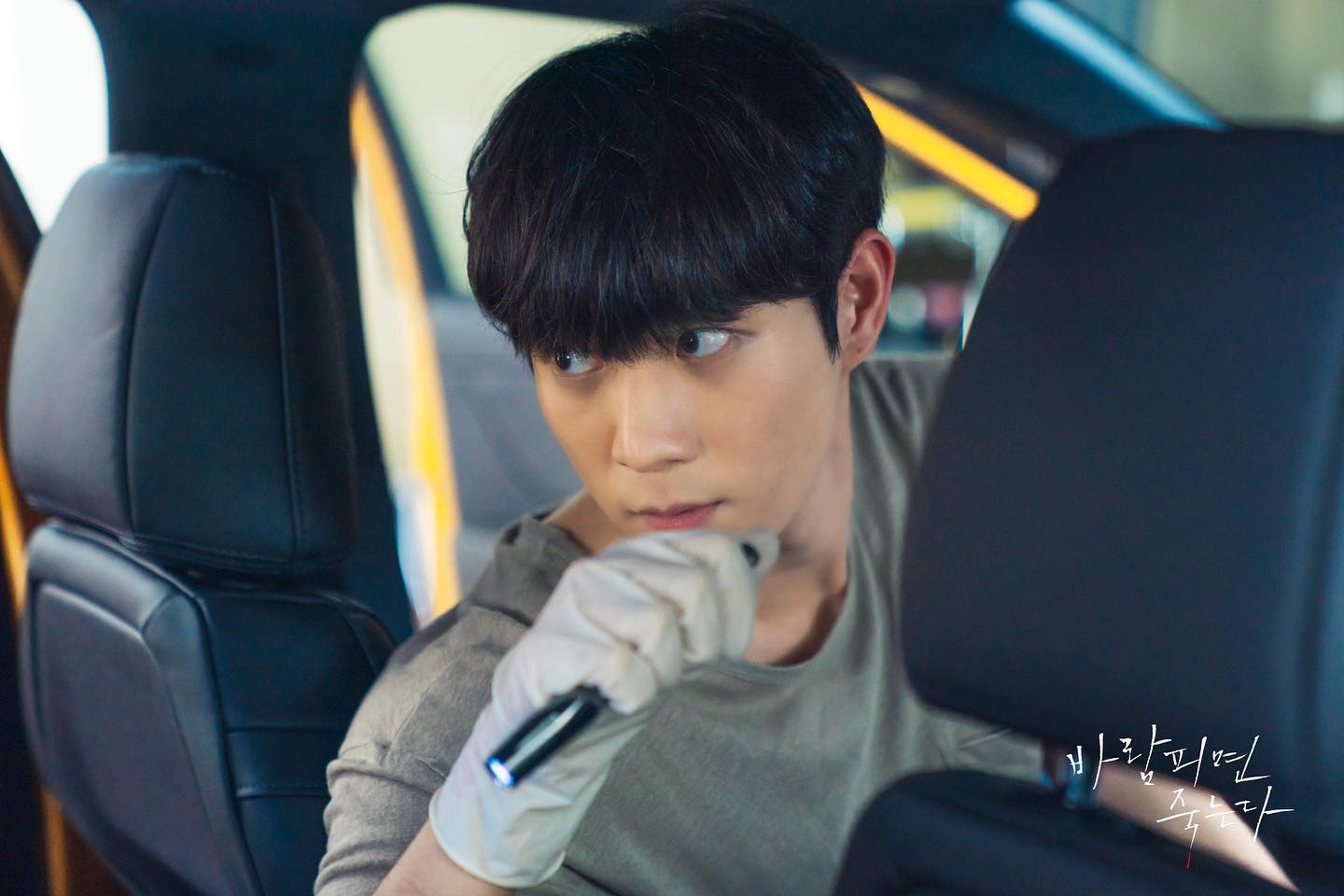 The production team shared, “Han Woo Sung, who almost died from falling into the river, will make a special resolution. As the investigation on Baek Soo Jung’s disappearance becomes more serious, please tune into the broadcast to check if Kang Yeo Joo and Han Woo Sung’s relationship will change.”

Jo Yeo Jeong
Lee Si Eon
Hong Soo Hyun
Kim Ye Won
Go Joon
Kim Young Dae
Cheat on Me If You Can
How does this article make you feel?