Based on a hit webtoon, “Sweet Home” is about a loner high school student named Cha Hyun Soo who moves to a new apartment building after losing his family in a tragic accident. There, he faces a series of shocking and terrifying events as humans suddenly begin transforming into monsters all around him. 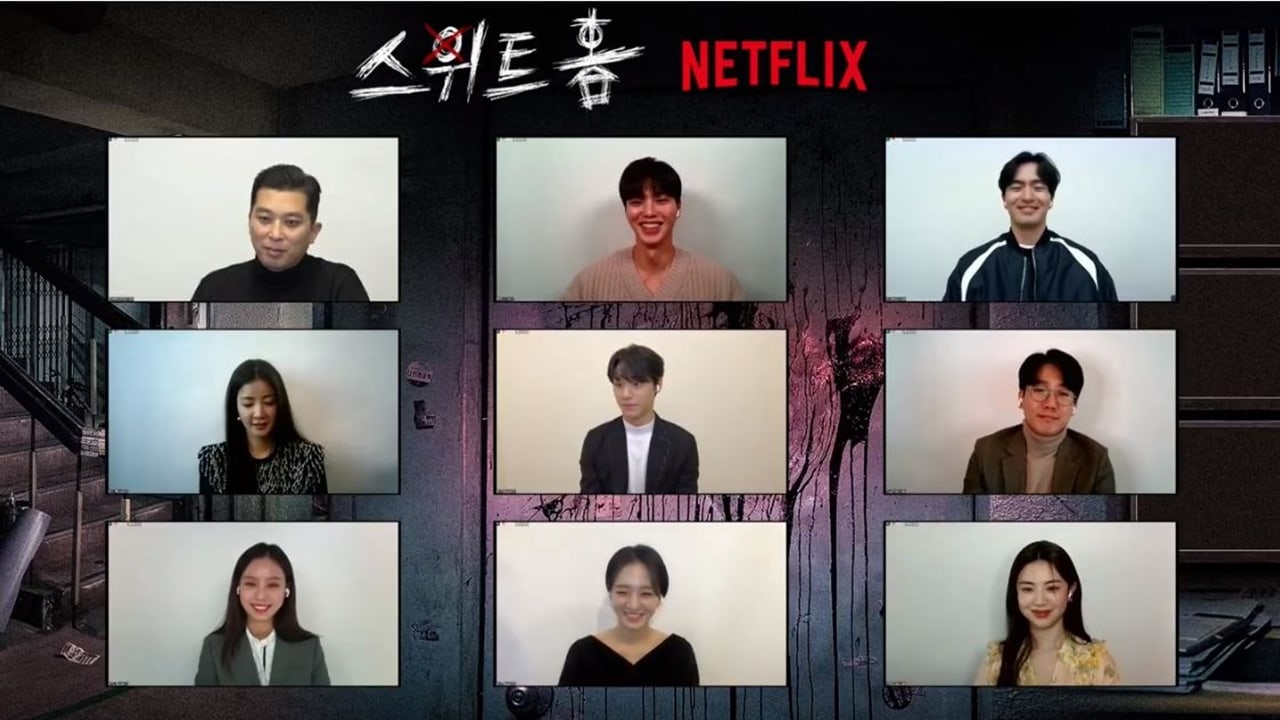 Regarding Song Kang, the director commented, “When I first saw Hyun Soo [Song Kang’s character], I was reminded of Johnny Depp’s Edward Scissorhands. Although he had a soft and pure soul, I liked the image of him holding a spear in his hand.”

He also touched on the message he wanted the series to convey. Lee Eung Bok shared, “Although the monsters appear a lot first, the real story I wanted to tell is about humans. I wanted to ask the question, ‘What exactly is a monster?’ One of Cha Hyun Soo’s lines is ‘There are monsters that do not attack people.’ Just because someone takes the form of a monster doesn’t always mean they are bad and I wanted to express that without prejudice through this project.”

Song Kang spoke about his character Cha Hyun Soo, saying, “As a fan of the original webtoon, I was so happy when I heard I was cast. I felt a lot of pressure about how I would portray Hyun Soo’s inner self and his transformation. To put it simply, when I was portraying Hyun Soo, it was my most introspective self, and his transformed image was my most evil self. Also, since I can’t catch monsters with weapons in real life, I enjoyed myself.”

On the other hand, Lee Jin Wook commented, “When I look at my character Pyun Sang Wook, I cannot see myself at all. I prepared a lot and tried to show a completely different side of myself. I hope people don’t realize it’s me.”

Lee Si Young plays former firefighter Seo Yi Kyung and director Lee Eung Bok explained that he couldn’t think of anyone else to play the character. Lee Si Young shared, “When I first met with the director, he said he wanted to depict a female character capable of really powerful action. It was such an honor.”

Lee Do Hyun’s character is the brilliant Lee Eun Hyuk, whose sharp mind and cool disposition help him lead the residents of the apartment building. The director revealed that the actor was very similar to his role and Lee Do Hyun commented, “I agree. I think we’re about 70 percent similar.”

He continued, “At first, I tried really hard to express myself. If it felt urgent, I would act urgently and I tried to express my emotions like that. However, the director told me that it would be more fitting if Eun Hyuk reacted less. After that, I began acting with a focus on expressing myself less on the outside and thinking more about how to convey emotion with my eyes.”

The cast then took turns picking the actor they thought would survive the longest. Go Yoon Jung chose Lee Si Young, to which she responded, “I agree. I’m thankful Go Yoon Jung viewed me so positively. Besides me, I think it’d be Go Min Si. I think she would win against the monsters with her words.”

Go Min Si then picked Lee Do Hyun, who picked director Lee Eung Bok, who picked Lee Jin Wook. Lee Jin Wook excitedly commented, “I will survive until the end no matter what. If my gaze doesn’t work as a weapon, I’ll use anything to win.”

Lastly, the director revealed, “There isn’t a single cut without computer generated imagery (CGI). Every scene got a lot of help from CGI. Like I said before, we tried hard to stay true to the original webtoon. When we were creating the script, the original webtoon was also running. While we were writing, we completed the end of the storyline ourselves so there are a couple things that came out after we were done. If the opportunity arises, we want to also introduce the monsters that we weren’t able to. We want to stay true to the original.”

“Sweet Home” premieres on December 18. Check out the trailer here!