Sunmi Opens Up About Being Diagnosed With Borderline Personality Disorder

On the December 16 episode of Mnet’s “Running Girls,” the cast members continued to open up to each other about their lives, careers, and worries.

At the start of the episode, Sunmi and Hani talked about their friendship. Hani said, “To be honest, I felt like I should be careful around you. You have more experience than me. What I mean by ‘being careful’ is that I wanted to listen to you more, I wanted to get to know you more, and I was curious about you.”

Hani added, “We crossed paths a lot, but there wasn’t really an opportunity for us to become close. We didn’t talk much, but we kept in contact with each other.” Sunmi said, “Hee Yeon [Hani’s real name] felt like someone who I could be friends with in any place, at any time.”

At another point in the episode, Sunmi shared some words of comfort and advice for Chuu, who had confessed to feeling like she wasn’t able to take care of the other members. Sunmi said, “I think that you’re feeling the same pressure that I used to feel. You really have to dig deep to find out what you like. You have to dig deep to find that thing that will give you self-confidence.”

Sunmi continued, “Chuu reminds me so much of myself when I first made my debut. I felt like I couldn’t do anything, that I wasn’t any help to the group. I also lived like that until I realized one day that I was wearing myself down. I think that Chuu feels the same way that I did then.” 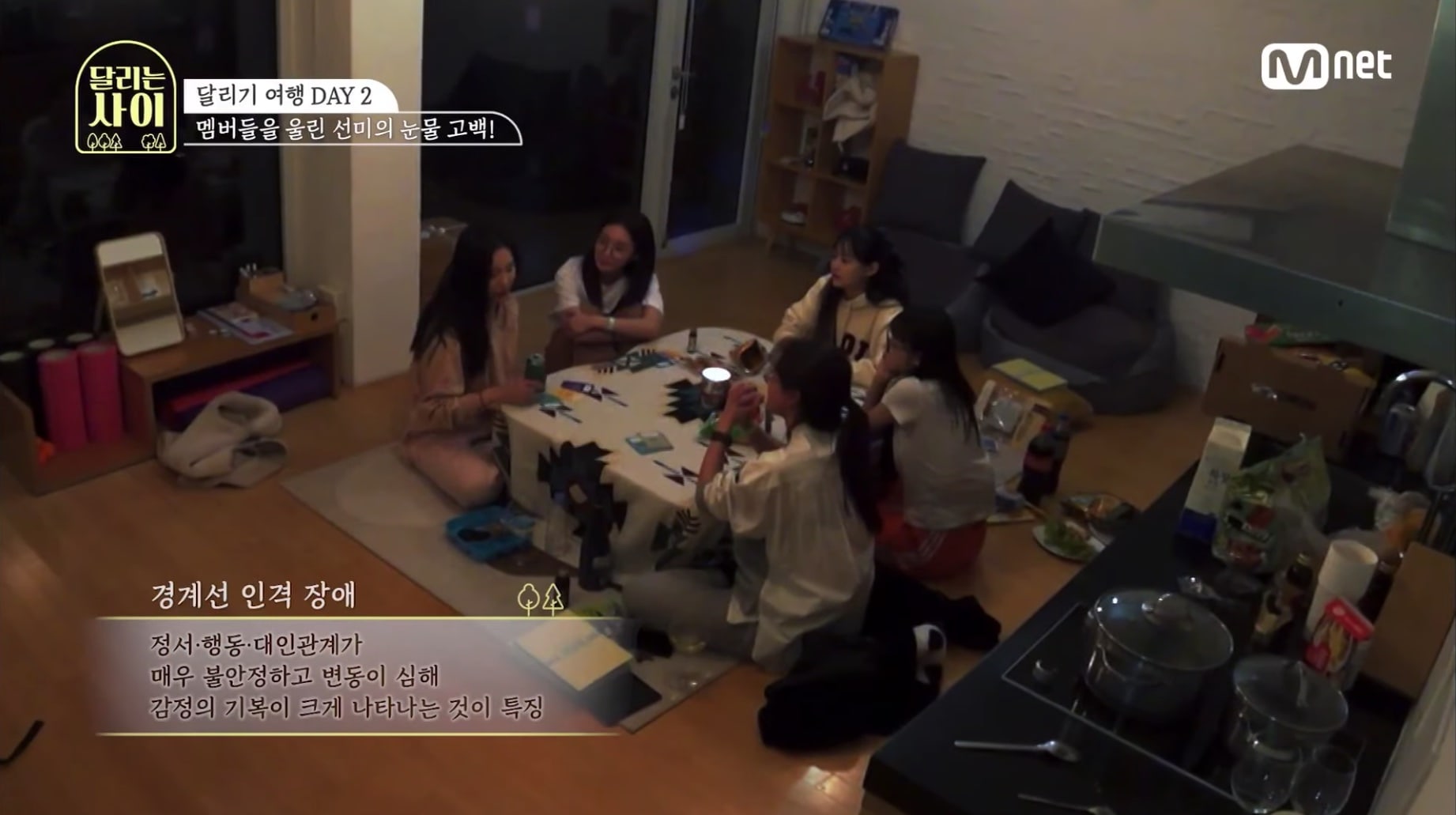 Later that night, Sunmi opened up about being diagnosed with borderline personality disorder.

“It’s important to take some time off when you’re having a hard time,” she said. “I left Wonder Girls to take some time off. At that time, I was dealing with mental illness rather than physical illness. I debuted as a solo artist, I promoted with Wonder Girls again, I left the agency, and I had a lot of time to think about myself. But that time started to eat away at me.”

She went on, “About five years ago, I was diagnosed with borderline personality disorder. That was what had been tormenting me so much. It was such a relief. After I was diagnosed, I got treatment and medicine, and it got better. You have to take care of those fundamentals so that the people around you can be comfortable as well. I learned that borderline personality disorder is often hard on the people around you. I want the people around me to be happy and not be hurt because of me. I want to love them, but that also comes from something inside of me that wants to be loved in return.”

She continued, “I debuted at such an early point in my life. I got my start in society too young. We’re supposed to develop the ‘self’ in our teenage years, but I spent most of that time in a car. I think it’s important to reflect on yourself, to learn what you like and what you’re good at, to learn how to deal with your feelings. I’ve understood that now. The medicine I take has been reduced a lot, so there’s no need to worry. I’m very strong. I’ve gotten stronger.”

Borderline personality disorder (BPD) is a mental illness in which people have difficulty regulating or handling their emotions, self-image, and behavior. Sunmi wrote an English song called “Borderline” about her experience with the disorder, which she released in August.

Sunmi
Hani
Chuu
Running Girls
How does this article make you feel?