“Traces of Love,” the ninth instalment of KBS’s 2020 Drama Special, has released a teaser!

“Traces of Love” stars Lee Yoo Young and Lee Sang Yeob in a relatable office romance drama about an ex-couple who still has feelings for each other. Lee Yoo Young stars as Lee Joo Young, a deputy at an architectural firm. She had secretly been dating someone at work, Chief Park (Hong In), but after they break up, she is in the awkward position of working with her ex-boyfriend.

Her situation gets worse when a new deputy is hired, who turns out to be her previous ex-boyfriend, Jung Ji Sub (Lee Sang Yeob). Taken aback by his sudden appearance, she exclaims, “What is that guy doing here?”

Unlike the startled Joo Young, Ji Sub is calm as he greets her and says, “Let’s get along, Deputy Lee Joo Young.” Lee Joo Young quickly draws up boundaries, saying that he should pretend not to know her at work. But Ji Sub soon learns to be jealous of Chief Park, and despite the fact that he and Joo Young broke up a while ago, he is direct with her about his current feelings: “I was happiest when we were together.”

The production staff stated, “Lee Yoo Young and Lee Sang Yeob, who are the masters of relatable romance, are working together on ‘Traces of Love.’ Please look forward to what ‘traces of love’ remain in a couple that dated for five years before breaking up three years ago. Viewers can also look forward to uncovering what really happened on the day that the couple broke up.”

The drama also shared some cute behind-the-scenes photos of the two lead actors preparing for a scene on set. 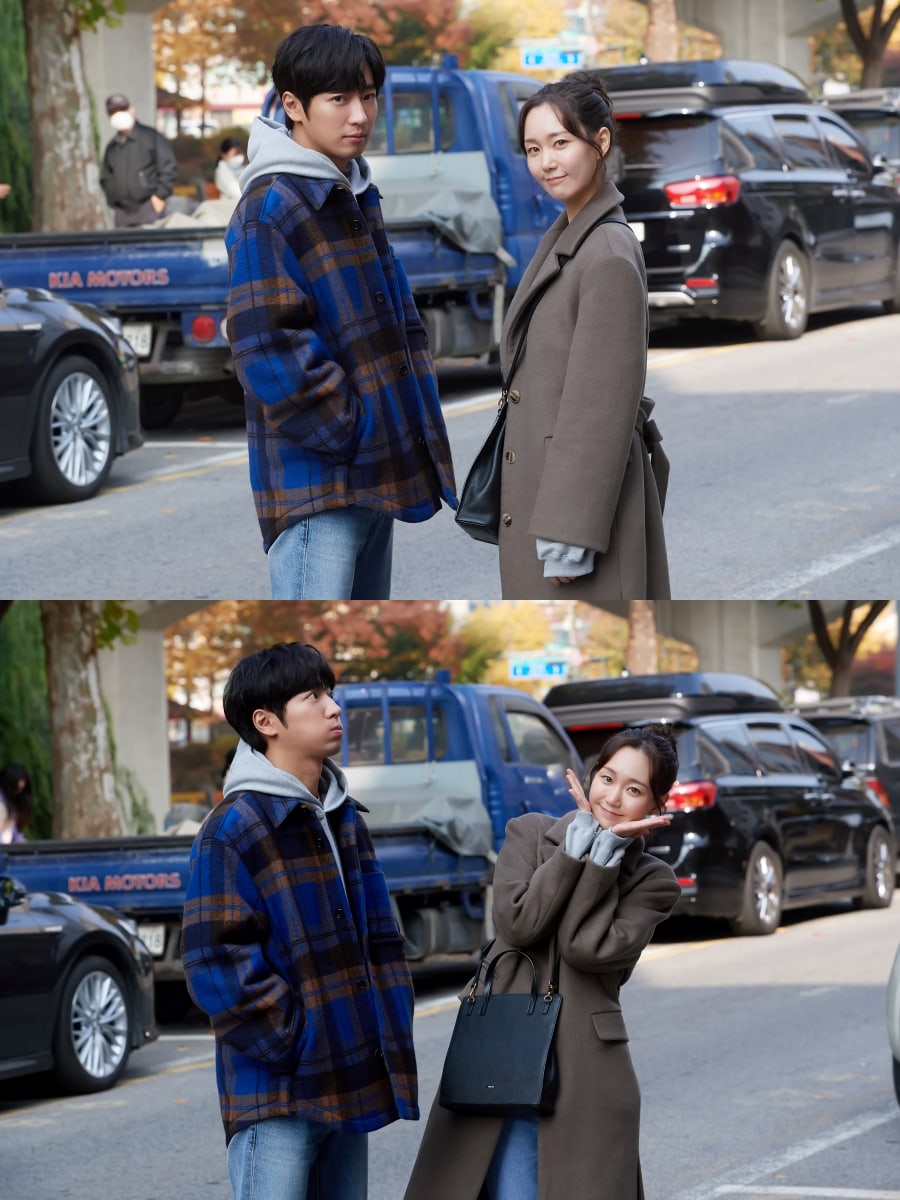 The 2020 KBS Drama Special will be available on Viki: