Set in the Joseon dynasty, “Secret Royal Inspector” is a comic mystery drama starring Kim Myung Soo as Sung Yi Kyum, a secret royal inspector who travels undercover to provinces in order to hear the stories of the people, uncover corruption, and deliver justice. Lee Yi Kyung will play the role of Park Choon Sam, Sung Yi Kyum’s trusty servant and right-hand man, while Kwon Nara will star as Hong Da In, a damo (a woman who works for a Joseon government office) who goes undercover as a gisaeng (a courtesan trained in music and the arts).

In the newly released stills from the upcoming drama, the tension between Sung Yi Kyum and his half-brother Sung Yi Bum (played by Lee Tae Hwan) is palpable as they find themselves caught up in a love triangle with Kang Soon Ae (played by Jo Soo Min) at its center.

Although Sung Yi Kyum and Sung Yi Bum have been extremely close since childhood, they ultimately wind up leading very different lives due to the harsh realities of the Joseon era. Despite sharing the same father, Sung Yi Bum cannot enter the same level of society as his half-brother Sung Yi Kyum due to his status as an illegitimate child. While Sung Yi Kyum becomes a secret royal inspector, Sung Yi Bum walks a starkly different path as the leader of a group of bandits. 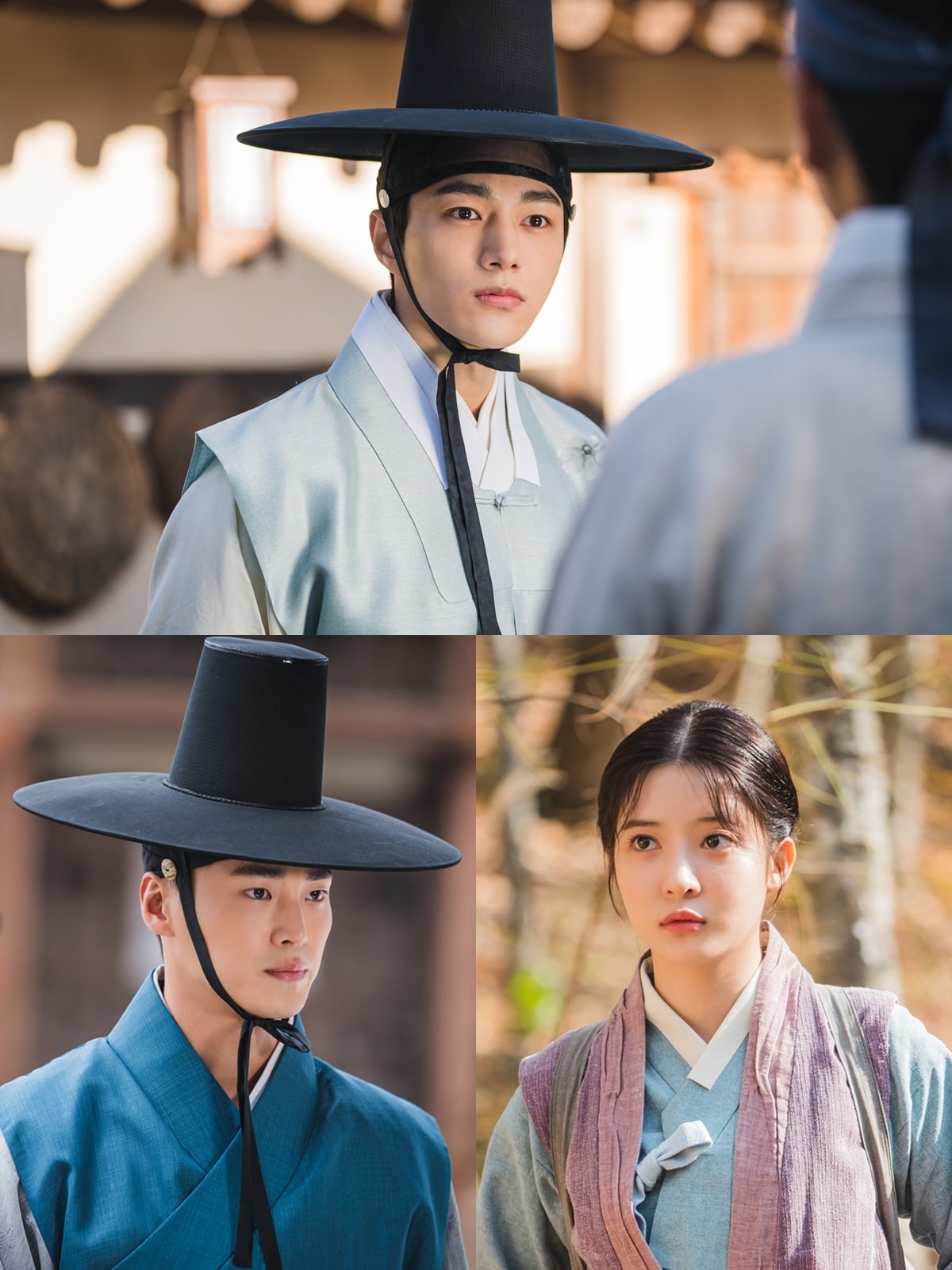 In the meantime, watch Lee Tae Hwan in his drama “Touch” with English subtitles below!