On December 17, the upcoming drama released a new Christmas-themed poster that captures the playful chemistry between its six leads. Ji Chang Wook smiles brightly in the center as male lead Park Jae Won, an honest architect who is passionate in matters of the heart. After a woman that he calls “the camera thief” steals his heart one summer night and then disappears, he is unable to get over her.

Meanwhile, Kim Ji Won sits directly in front of Ji Chang Wook as the titular “camera thief” who stole his heart: freelance marketer Lee Eun Oh, who spontaneously decides to adopt a false identity in an unfamiliar place just for fun. However, while posing as her free-spirited alter ego Yoon Sun Ah, she accidentally ends up falling in love with Park Jae Won.

Kim Min Seok wears a warm smile as architect Choi Kyung Joon, a cynical realist who turns into a hopeless romantic when it comes to his longtime girlfriend Seo Rin Yi (played by So Ju Yeon)—while So Ju Yeon plays up Seo Rin Yi’s quirky charms by striking a cute pose with some Christmas ornaments.

Finally, Ryu Kyung Soo and Han Ji Eun round out the cast as jaded former couple Kang Geon and Oh Sun Young. Fed up with dating, Kang Geon is single by choice, while the hot-blooded Han Ji Eun has a cynical view of men. 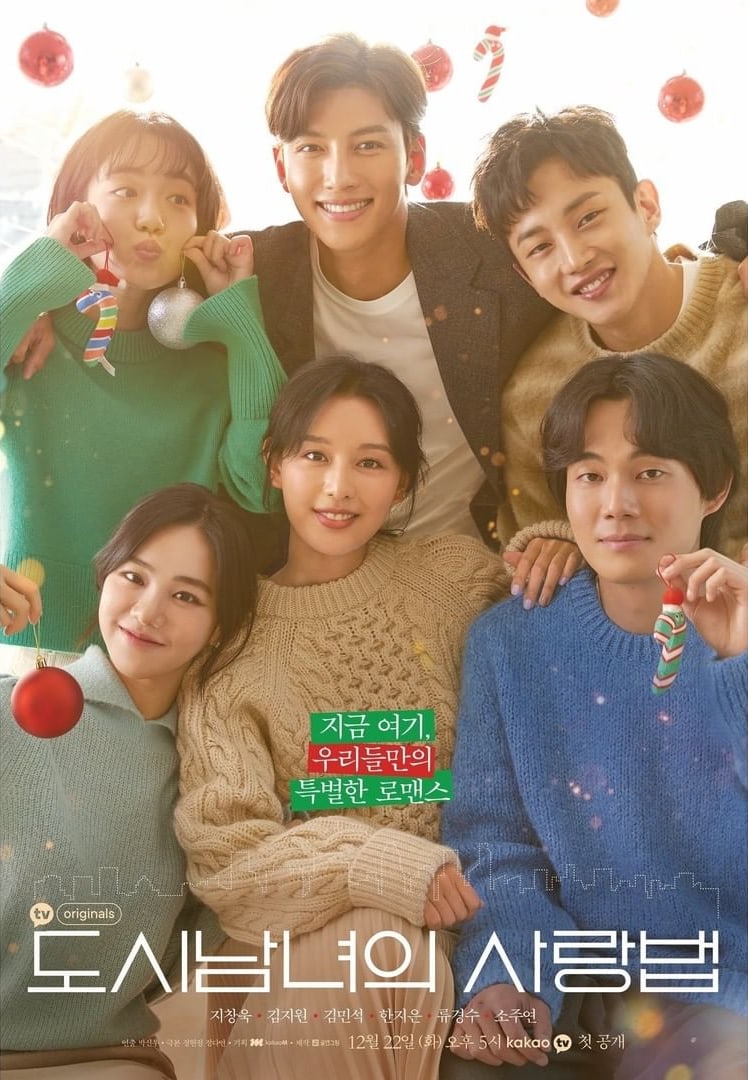