The video opens with the main cast preparing to film the school festival scene.

During break, Yang Hye Ji draws the different drama characters on the computer. Minhyun asks to see the picture she drew of him and says, “I have high expectations for it.” After checking out the drawing, he tells the making-of camera, “I ran away while she was in the middle of drawing it because it definitely didn’t look like me. But after seeing the result, I realize it does look similar to me.” Yang Hye Ji comments she should’ve made his face more V-shaped, and Minhyun good-naturedly asks her to edit that for him. 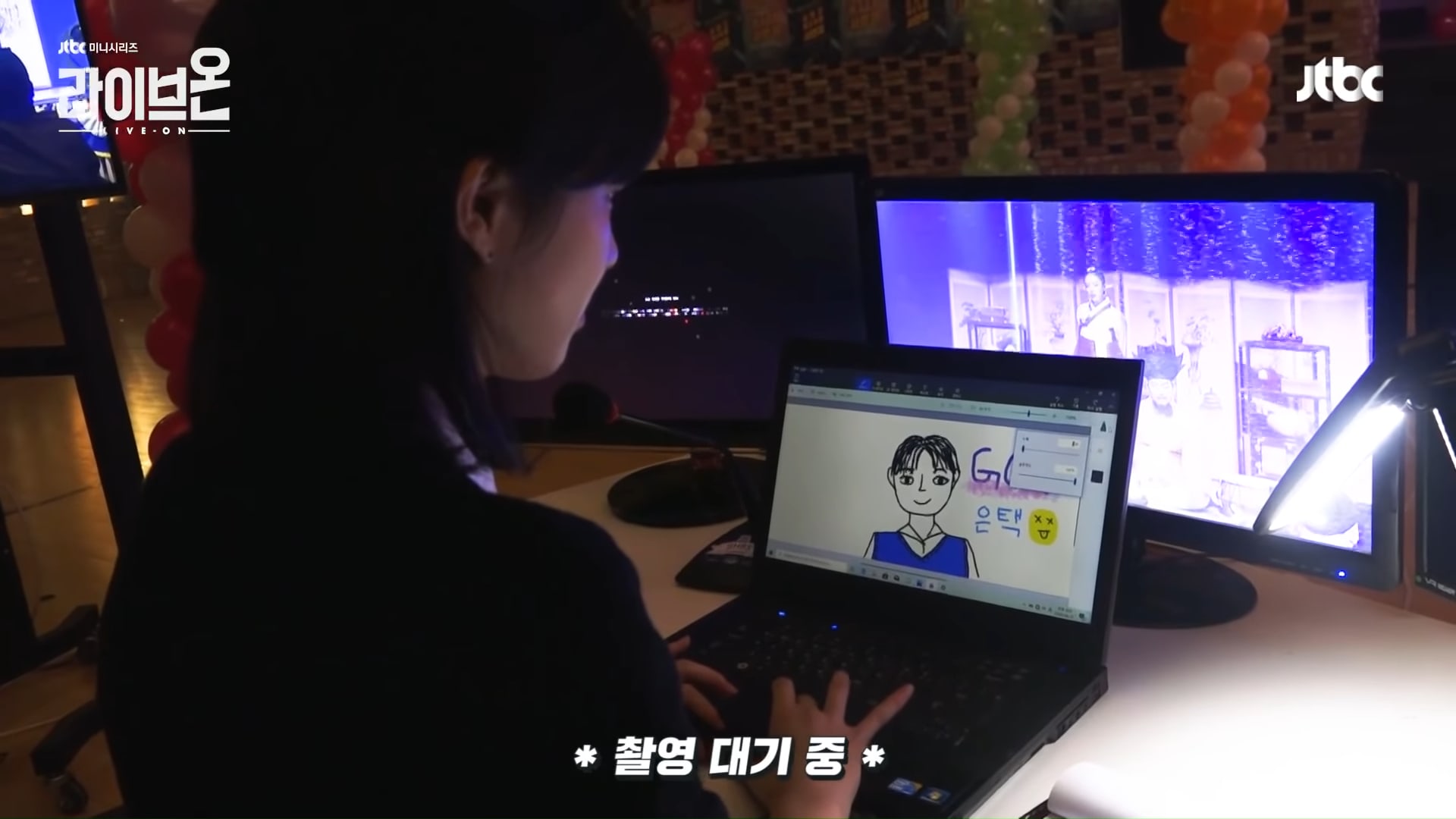 Next, VICTON’s Byungchan prepares to go on stage and sing in a watermelon mask. He shares this is to gain Ji So Hyun’s (Yang Hye Ji’s character) favor and says, “So Hyun, I love you!” Then he adds, “It’ll be upsetting if I lose again. But I won’t struggle to win. I’ll triumph with my own charms.”

Byungchan goes on stage with his mask on, but he stumbles because he can’t see well. Due to the big watermelon mask, he can’t hear well either, and the director raises his voice to give him the directions. Once Byungchan is done with the performance, he stoops down in embarrassment and eventually hides behind the curtains. 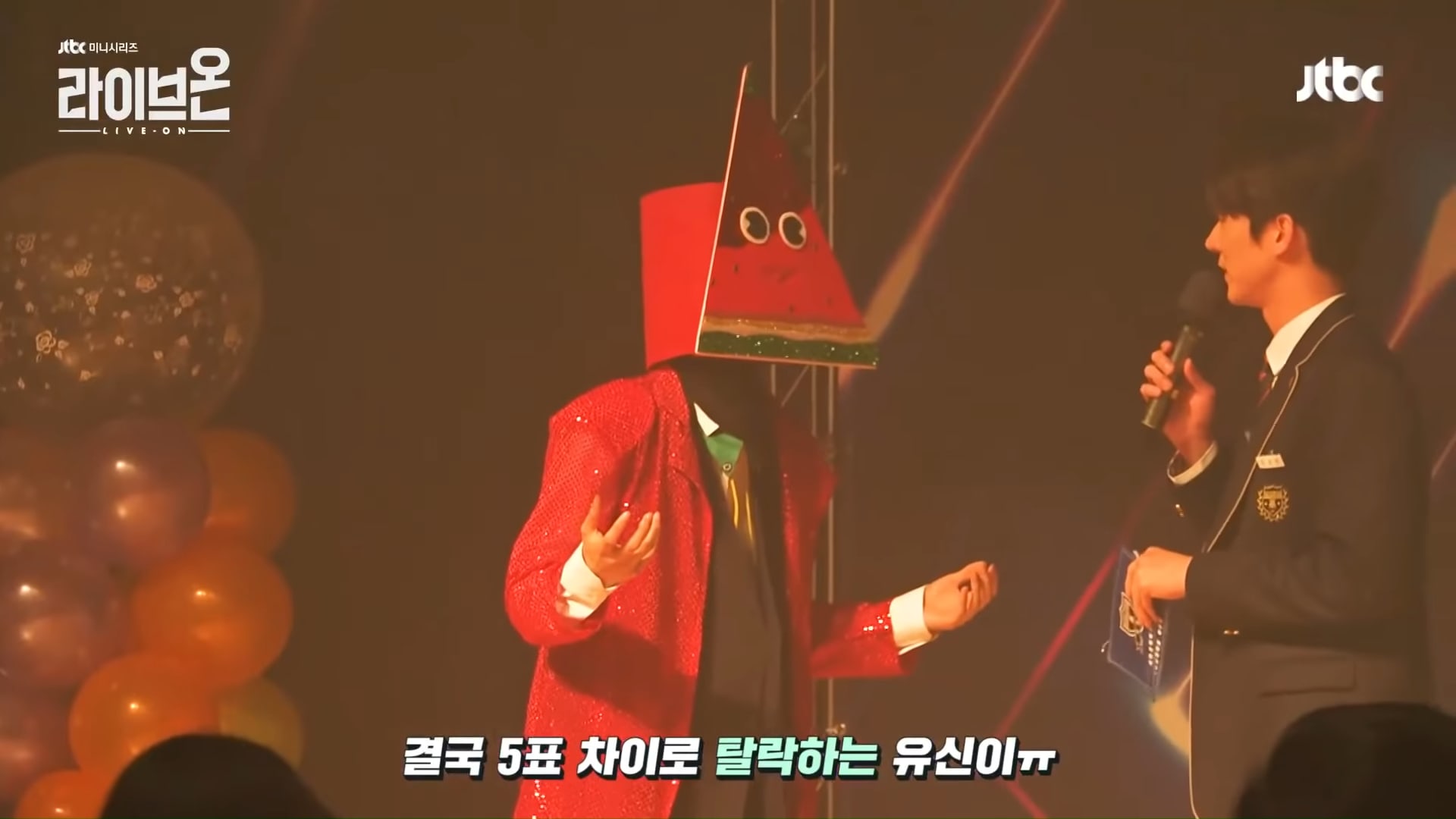 Then Minhyun and Jung Da Bin gather together to film the scene where his character goes to check up on her after a small explosion on set. They rehearse the scene thoroughly with the director and joke about how she looks like a puppy. Both actors are attentive to details, and thanks to their meticulous acting, they create a touching moment between the lead characters. 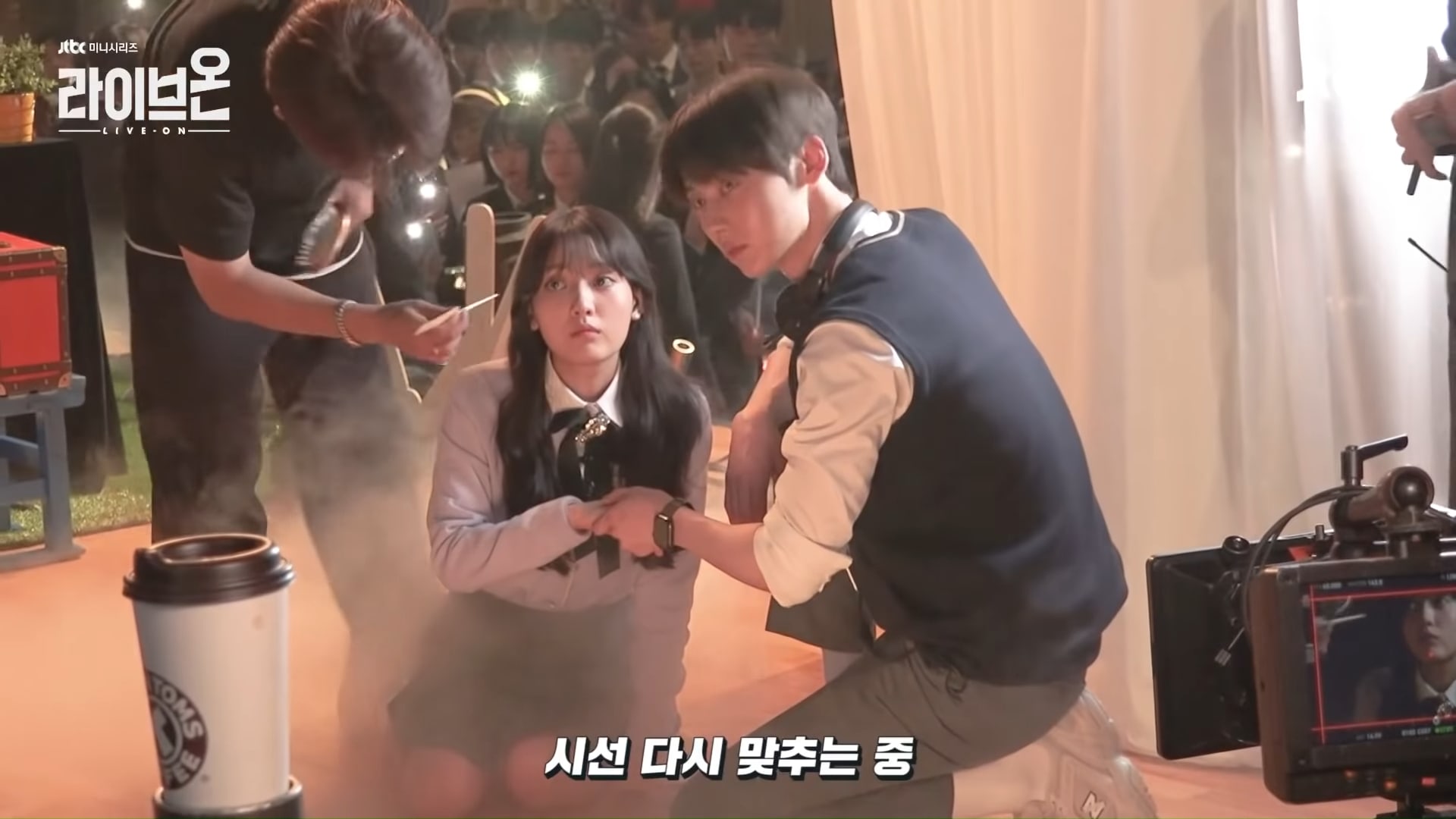 Catch up on “Live On” with English subtitles here: