On the latest episode of “Ask Us Anything,” Kim Min Seok talked about his recent contribution to justice!

During the December 19 broadcast of the JTBC variety show, in which Kim Min Seok appeared as a guest, the “Ask Us Anything” cast asked the actor about his good deed from earlier this year. Back in July, it came to light that Kim Min Seok had caught someone secretly filming footage of a woman’s legs and body in a café without her knowledge. After apprehending the suspect to stop them from running away, Kim Min Seok called the police, who later arrived to arrest the criminal.

Min Kyung Hoon remarked, “I looked up articles about Min Seok from after his military discharge, and there was something that really took me by surprise. Is it true that you caught a hidden-camera criminal?”

Kim Min Seok replied, “I did catch a hidden-camera criminal. It was on the last day of my final military leave. I went to my friend’s coffee shop, and one of the friends I was with said to me, ‘It looks like someone over there keeps filming [people secretly].’ My friend happened to be on the other side of the room, so I asked him to check from behind [the suspect] whether he was really filming people, and my friend went over and gave me the signal that he was.”

“So of course, my friend and I took the phone from him and checked [for photos],” continued Kim Min Seok. “But there were no files on his phone. We didn’t know what was going on or where the files had gone. So we looked through the phone, and we found hundreds of [illegally taken] photos in his hidden files.”

Kim Min Seok went on, “It turned out that this punk had filmed all of the women who were in the café at the time. Their lips, their ears, things like that. We alerted the police, and they took him in. That’s all.”

The actor shyly added that he had felt somewhat uncomfortable about all the attention the incident had brought him, explaining, “It was just the obvious thing to do. I just did what was obviously the right thing to do, but [the story] was told like I had beat up the criminal and caught him using physical force, as if I were some sort of warrior for justice or something.”

However, the “Ask Us Anything” cast members reassured Kim Min Seok that what he had done was truly amazing and praised him for his courage. 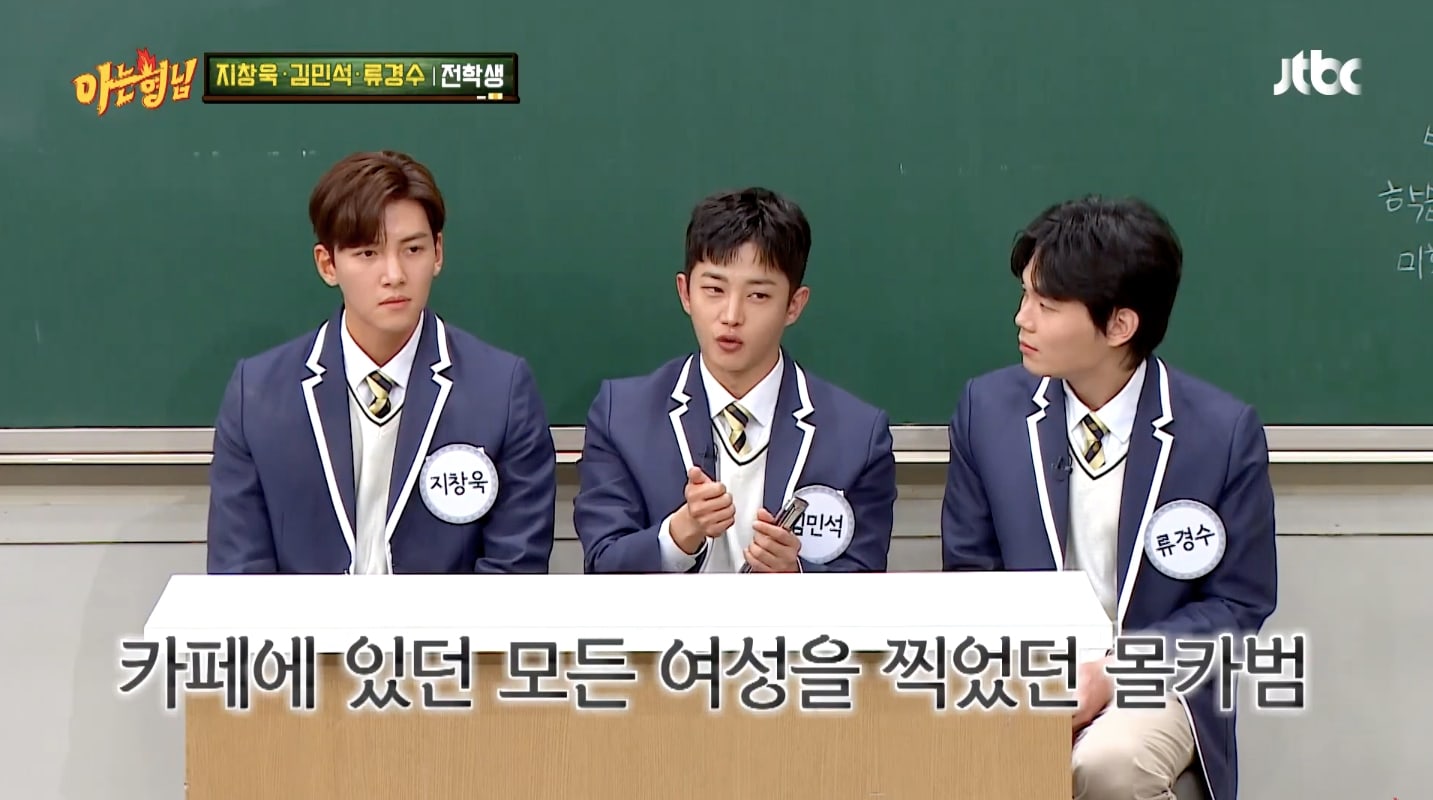 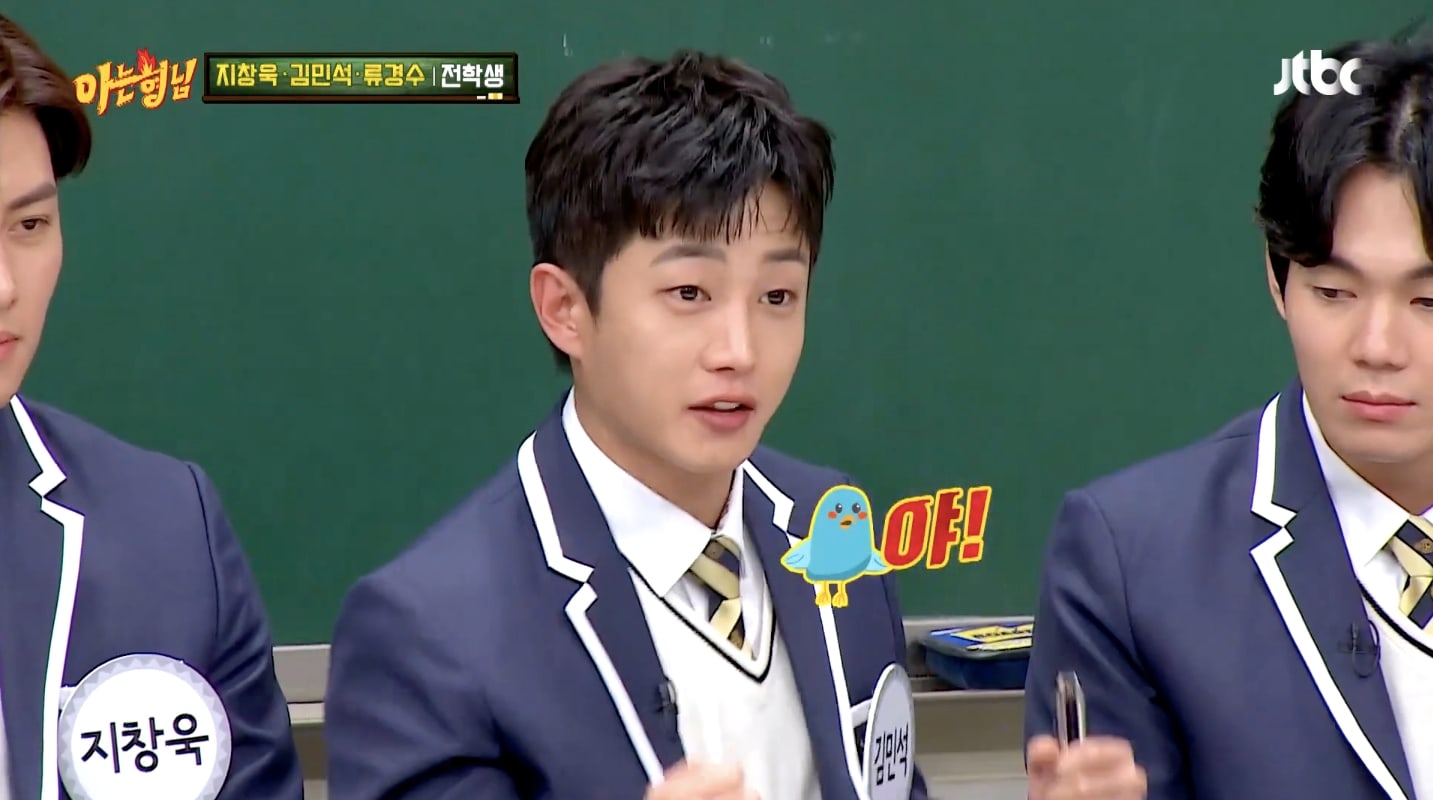 Later on in the episode, Super Junior‘s Kim Heechul mentioned that EXO’s Xiumin had served in the military together with Kim Min Seok. Pointing out that Xiumin’s real name was also Kim Min Seok, Heechul asked, “Didn’t that get confusing at all, since you’re both Kim Min Seok and you have to use your given names in the military?”

Kim Min Seok explained that because he and Xiumin were different military ranks (as they enlisted at different times), and soldiers were addressed using both their rank and their name, they had never gotten mixed up. 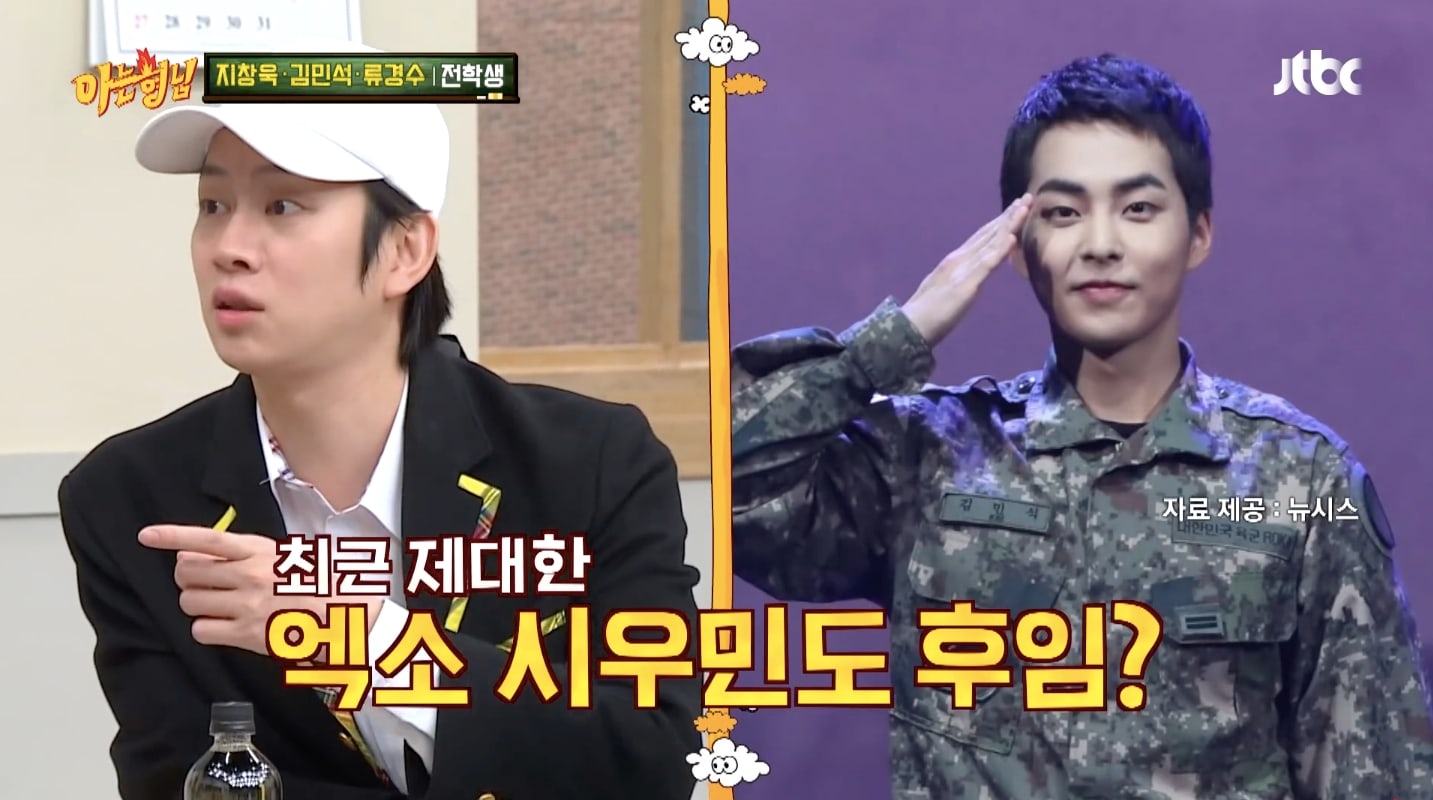 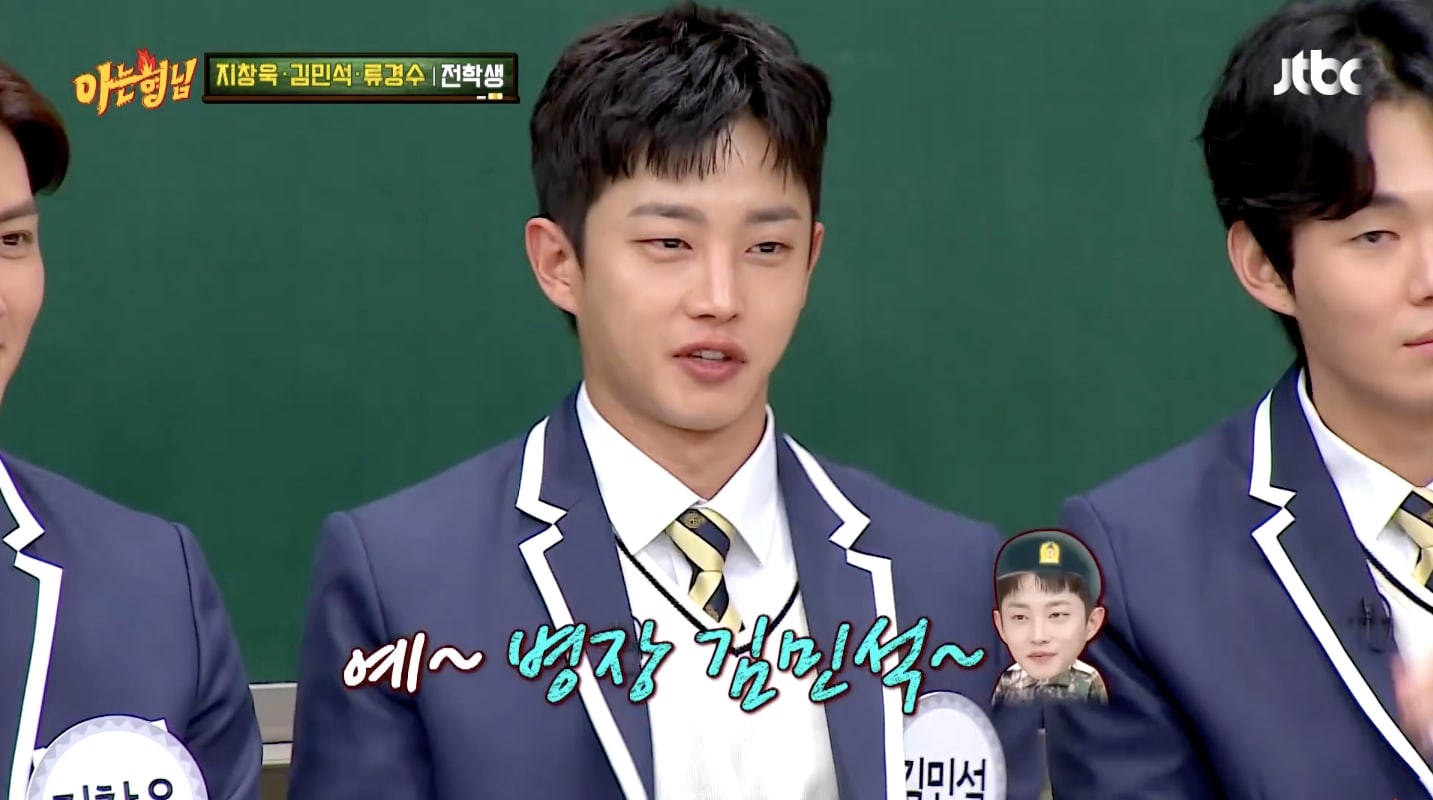 EXO
Xiumin
Ask Us Anything
Kim Min Seok
How does this article make you feel?