“Love Revolution” shared a preview of an important moment between Lee Ruby and The Boyz’s Younghoon!

Based on the hit webtoon of the same name, “Love Revolution” is a web drama about teenagers navigating love, friendship, and the chaos of high school. Park Ji Hoon stars as Gong Ju Young, a cute and lovable student who is determined to win over the standoffish and popular Wang Ja Rim (played by Lee Ruby) after falling in love with her at first sight. Younghoon plays Lee Kyung Woo, a boy who is aloof but also playful and sweet at times.

In the upcoming episode, the students stay at school to study for their test until night falls, and they decide to test their courage by going to the music classroom where there is supposedly a “piano ghost.” 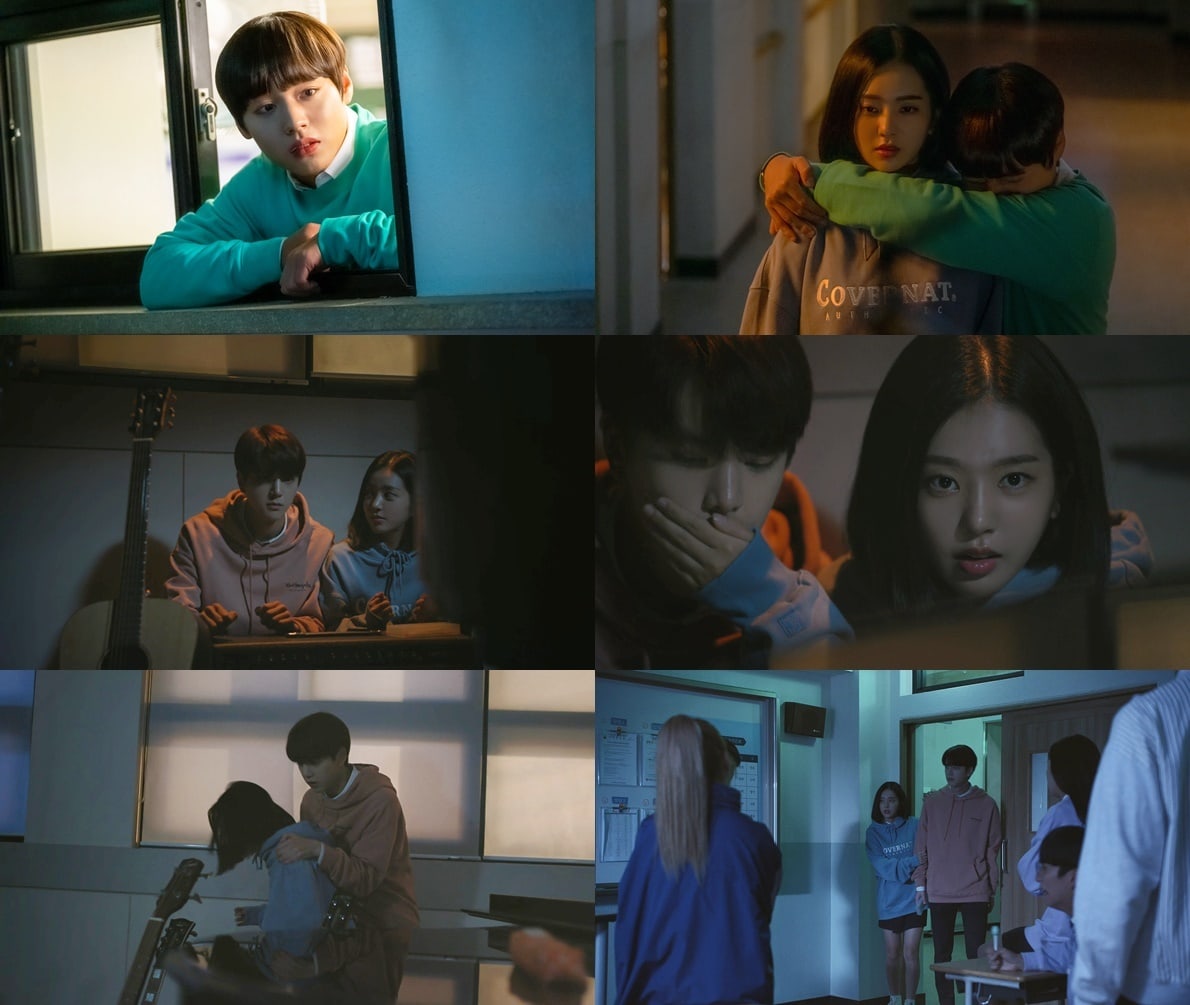 Lee Kyung Woo is secretly and one-sidedly in love with Wang Ja Rim, who is his friend’s girlfriend. Wang Ja Rim had been comfortable with Lee Kyung Woo since he is her boyfriend’s friend, but their relationship may change after this happening.

The production team of “Love Revolution” shared, “Please look forward to finding out whether Lee Kyung Woo, who had always hidden his love for Wang Ja Rim, will reveal his feelings in this episode and whether Wang Ja Rim will notice how he feels about her.” They added, “The unexpected chemistry between Gong Ju Young who is extremely scared of ghosts, Wang Ja Rim who is fearless and bold, and Lee Kyung Woo who pretends not to believe in ghosts but is actually easily scared will bring laughter to viewers.”

“Love Revolution” episodes are released every Thursday and Sunday at 5 p.m. KST.

Watch the drama below with English subtitles!