KakaoTV’s upcoming original drama “Lovestruck in the City” has shared new stills of its two leads!

Ji Chang Wook will be starring in the drama as Park Jae Won, an honest and passionate architect who is a hopeless romantic when it comes to love. After a woman that he calls “the camera thief” steals his heart one summer night and then disappears, he is unable to get over her—even a year later.

Meanwhile, Kim Ji Won will be starring as the titular “camera thief”—freelance marketer Lee Eun Oh, who spontaneously decides to adopt a false identity in an unfamiliar place just for fun. However, while posing as her free-spirited alter ego Yoon Sun Ah, she accidentally ends up falling in love with Park Jae Won.

The new stills preview the pair’s first meeting after they both escape from the routine of their daily lives and arrive in a new place. In the first couple photos, Park Jae Won arrives at his destination and strides across the road as he looks around with a sense of excitement. The person who comes to pick him up is none other than Lee Eun Oh, who leans out of the car window and flashes him a smile. He looks back at her, curiosity and wonder evident in his gaze. 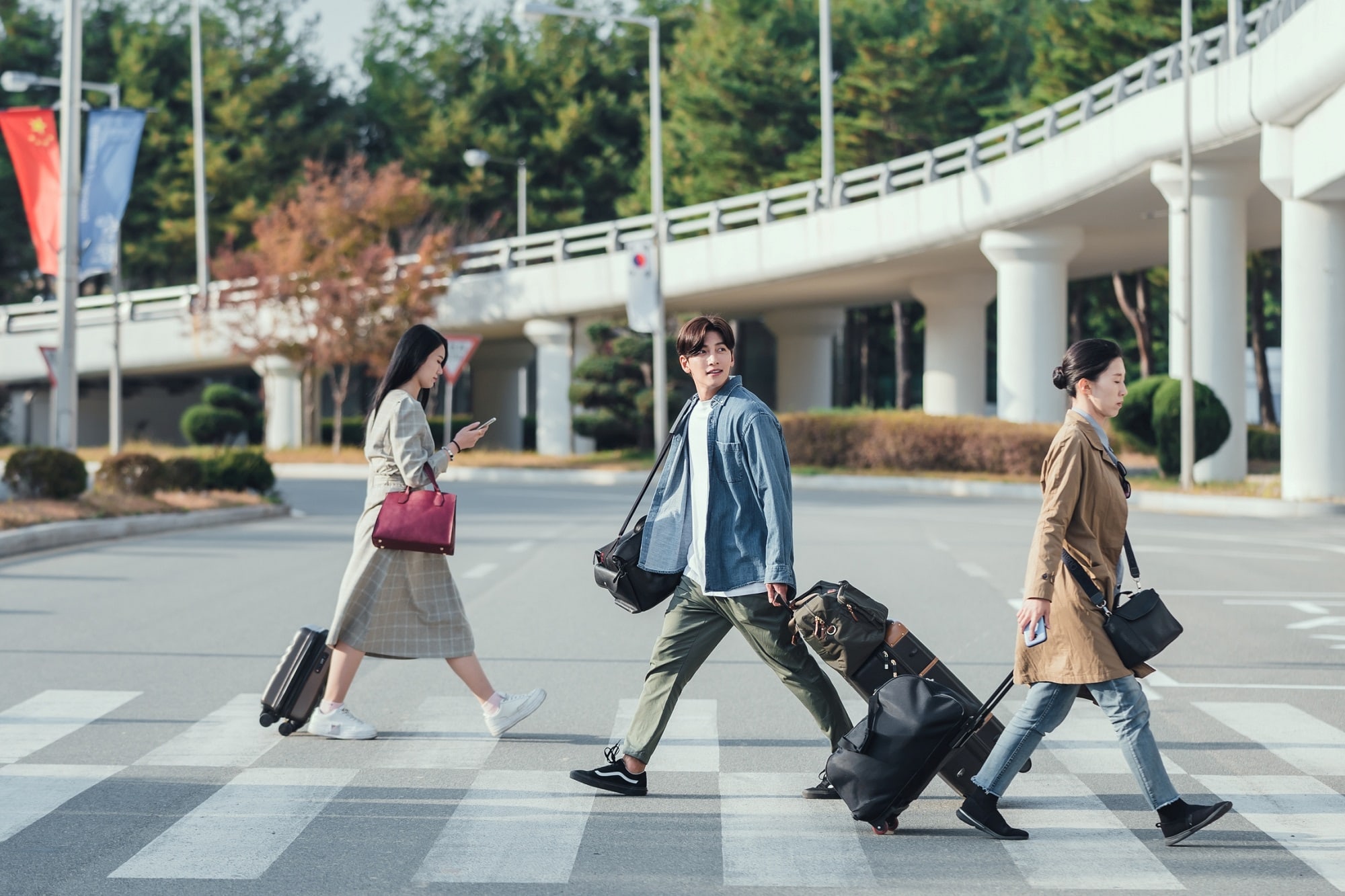 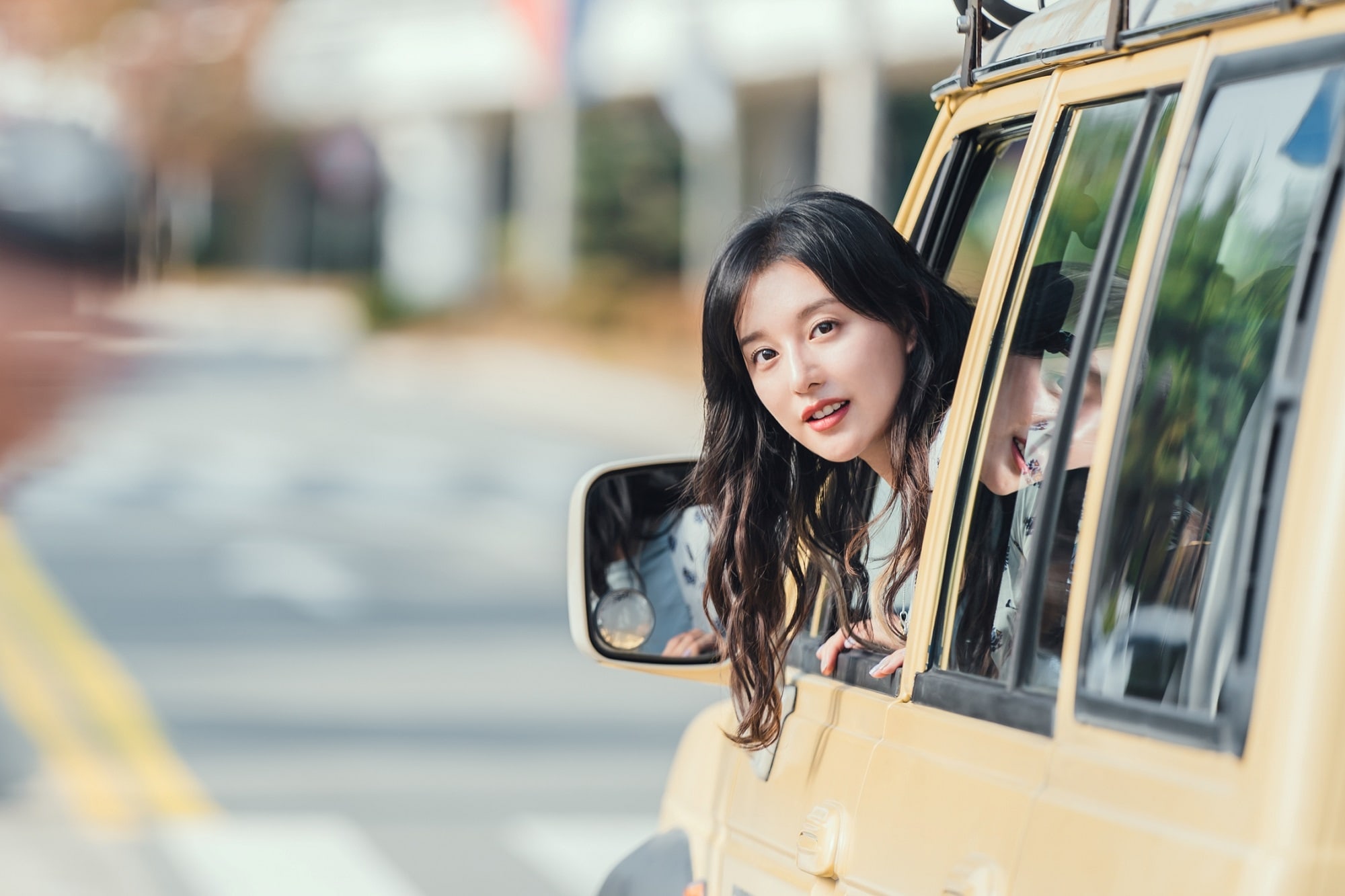 In the final still, Park Jae Won and Lee Eun Oh appear to have gotten close to each other in a surprisingly short amount of time. They stand side by side as Park Jae Won prepares a document for his driver’s license test. While he hunches his shoulders with a perplexed expression, Lee Eun Oh leans on the table with a peaceful smile. All eyes are focused on how the pair’s romance will play out after their first fateful encounter. 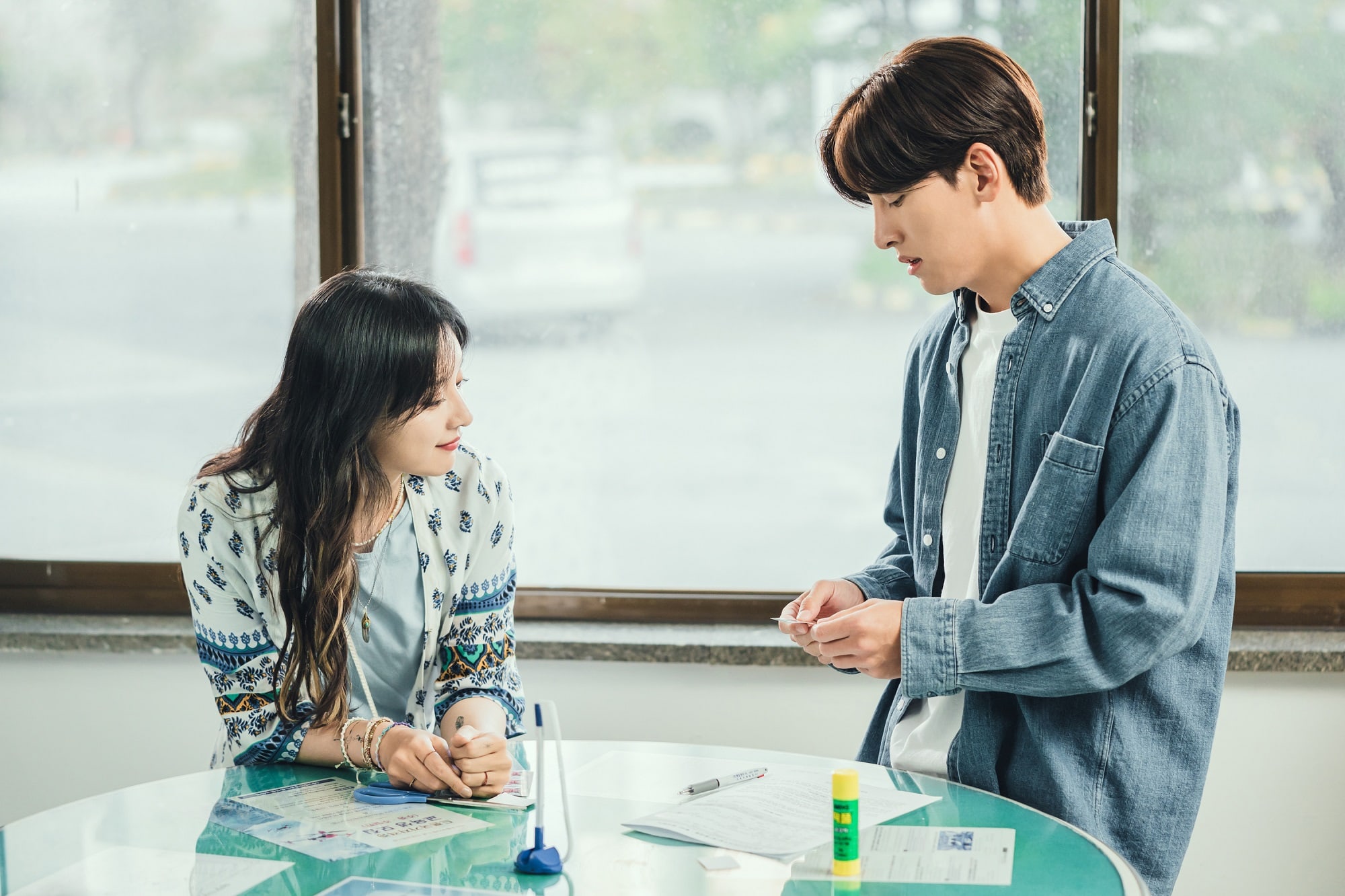 “Lovestruck in the City” premieres on December 22 at 5 p.m. KST.