In a recent interview, Kim Seon Ho shared his thoughts on his latest drama “Start-Up” and his variety show “2 Days & 1 Night”!

Kim Seon Ho earned rave reviews and saw his popularity skyrocket after starring in tvN’s “Start-Up,” which came to an end earlier this month, as the investment genius Han Ji Pyeong.

“I’m so sad that the drama’s over,” said Kim Seon Ho, who spoke fondly of his co-stars and his experience during filming. “I feel really sad that I won’t be able to meet Ji Pyeong anymore. It was an honor to be able to live as the character Han Ji Pyeong.”

When asked to rate how much his real-life personality matched that of his character, Kim Seon Ho replied, “About 50 percent, I think. I’m not good at saying cold things to other people like Ji Pyeong does, and I don’t have a nice car or house in real life. But since I was the one acting, I feel like my true self must have shone through in about half of the character.”

As for how he’d rate his own talent as an investor, Kim Seon Ho remarked, “I’d give myself 0 points. I don’t think I have any talent [when it comes to investments]. I don’t even know how to play go-stop [a Korean card game], and I have no talent for analyzing other people’s investments.”

However, the actor shared that his confidence in his choice of career has never wavered.

“I think I did the right thing by ‘investing’ in acting,” said Kim Seon Ho. “I’ve never once regretted it. Normally, when you invest in something, you set a goal for how much you’d like to earn, but when I first decided to go into acting, I didn’t set that kind of goal. For me, it was acting itself that was meaningful, so I’ve never regretted it or wanted to turn back time, not even once.”

He added, “I think the reason that I’m able to feel this way is because there are so many great people that I’ve met [through acting], and it’s all thanks to the people who saw potential in me and gave me good opportunities.” 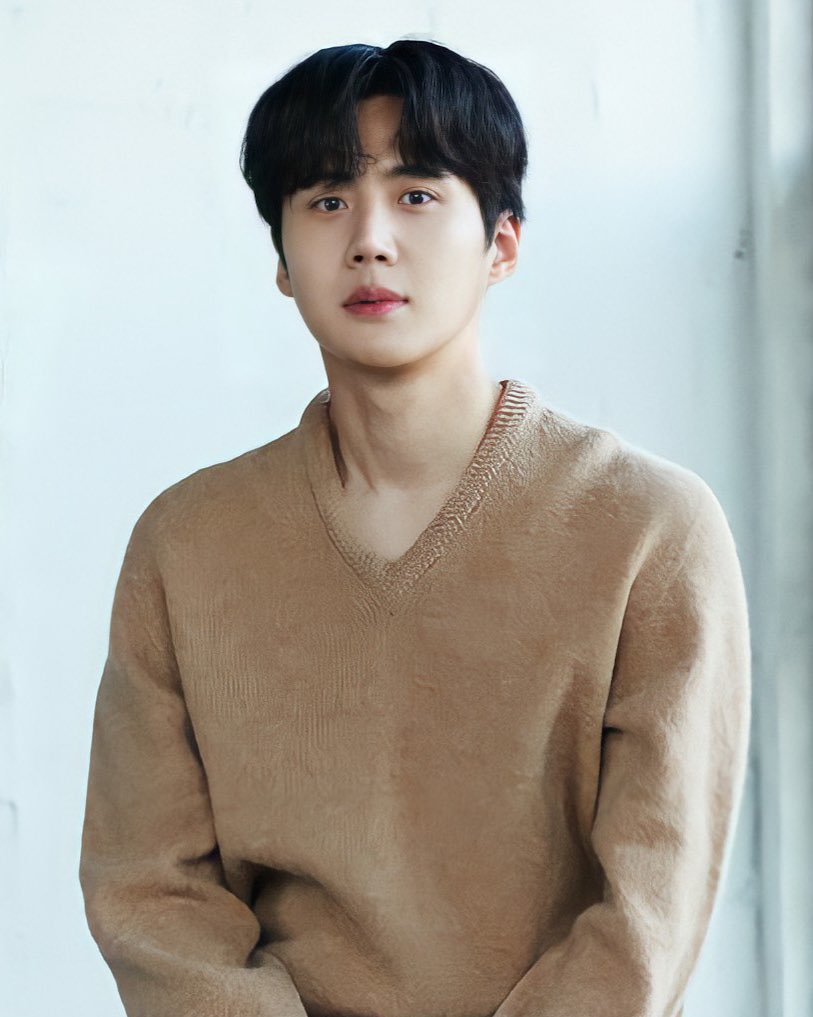 When asked what he thought of Han Ji Pyeong’s approach to romance in the drama, Kim Seon Ho revealed that he might have done things a bit differently from his character in real life.

“In the drama, Ji Pyeong confessed his feelings while eating noodles,” he said. “But I thought to myself that if it had been me, I would probably have confessed a little earlier on than that.”

However, Kim Seon Ho shared that he wasn’t disappointed that Han Ji Pyeong didn’t end up with Seo Dal Mi (Suzy’s character) at the end of the drama.

“It would have been nice if it had worked out, but I actually thought it was a good thing that Ji Pyeong didn’t get together with [Dal Mi],” he explained. “I’ve said this before, but I think the right person for him is someone else out there. I don’t think Ji Pyeong and Dal Mi were meant to be, and I think Do San and Dal Mi were. Maybe that’s why I don’t feel disappointed [that they didn’t get together].”

He went on to add, “I actually liked that Ji Pyeong mustered the courage to let Do San know what direction Dal Mi’s heart was facing—and that he stayed true to himself by deciding to remain in the role of helper up until the very end.”

Kim Seon Ho also spoke highly of both Suzy and Nam Joo Hyuk. “I’m sure many people already know this about her, but I think Suzy is an actress with outstanding focus and great acting skills,” he said. “Every moment that she’s acting, she’s remarkably focused, and she remained very composed [throughout filming]. I think she’s a great actress who also knows how to brighten up the atmosphere on set.”

As for Nam Joo Hyuk, he commented, “Nam Joo Hyuk is truly a great actor and younger friend. The whole time we worked together, I learned a lot from him, and we had so much fun that I remember that we were laughing all the time. While we were acting, he always had a lot of ideas, and his witty energy shone through. Thanks to him, I was able to enjoy the time we spent acting together.” 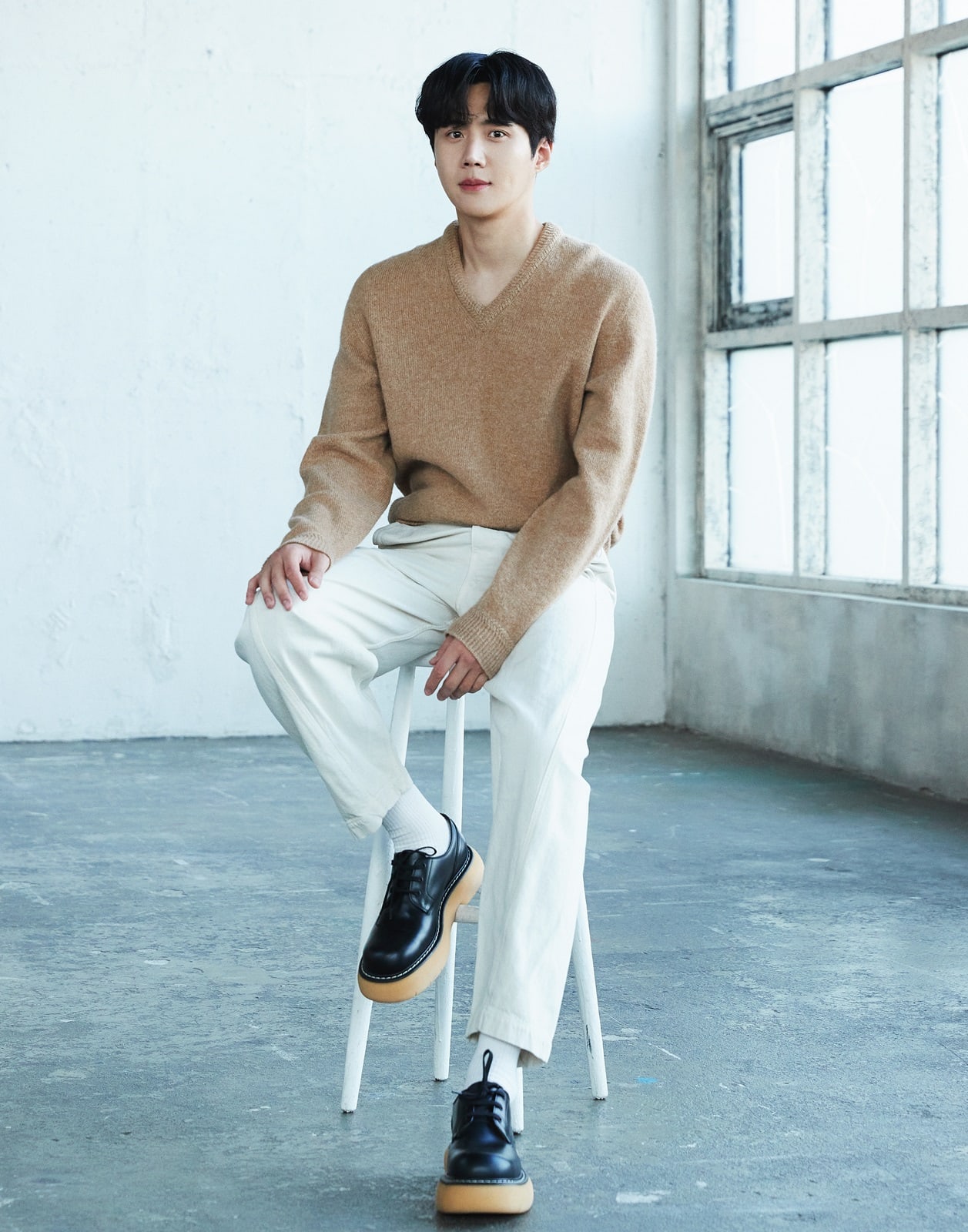 Finally, when asked to name the “2 Days & 1 Night” cast member that had helped him the most, Kim Seon Ho chose Yeon Jung Hoon.

“The member who helped the most would have to be Jung Hoon, who’s also an actor,” said Kim Seon Ho. “When I have worries or concerns, he helps steer me in the right direction.”

He continued, “While filming ‘2 Days & 1 Night,’ the two of us spent a lot of time together talking about acting or whatever problems were on my mind at the time.”