tvN’s Monday-Tuesday drama “Awaken” has shared a glimpse of the upcoming episode!

The murder mystery drama follows the connection between mysterious events unfolding in the present and the secrets behind an enigmatic incident that took place in a village 28 years ago.

Previously, Do Jung Woo (Namgoong Min) was arrested as the culprit behind the mass serial killings. In the process, it was revealed that both Do Jung Woo and Jamie (Lee Chung Ah) were victims of a barbaric human experiment in the White Night Village 28 years ago. Furthermore, Do Jung Woo collapsed while being send to the prosecution’s office, and his arrest was eventually suspended. Viewers were taken aback by the shocking fact that Do Jung Woo is actually terminally ill.

On December 21, “Awaken” released stills of Do Jung Woo’s escape. He’s supposed to be at the hospital, but he appeared at the National Police Agency. Moreover, he’s holding a book with bloody hands, raising questions about why he infiltrated this place despite the risk.

Meanwhile, Gong Hye Won (AOA’s Seolhyun) and Jamie showcase different reactions to seeing Do Jung Woo. Jamie remains cold and calm as she points her gun at him. Gong Hye Won’s expression is shadowed with nervousness and shock. Will Do Jung Woo be able to achieve his purpose before he runs out of time? 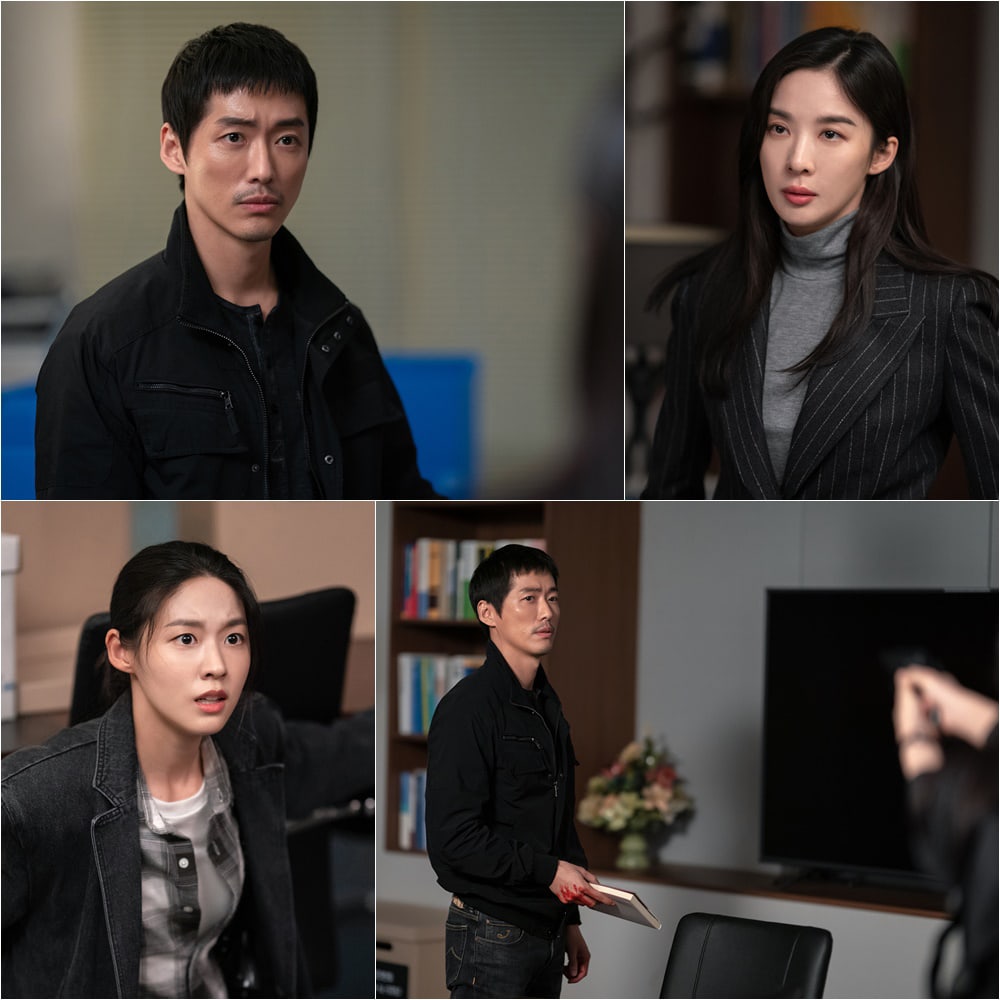