Lee Se Young and WINNER’s Kang Seung Yoon will get one step closer to the truth in the upcoming episode of “Kairos”!

Previously, Kim Seo Jin and Han Ae Ri weren’t able to find the voice file that contained all the evidence because Kim Jin Ho (Go Kyu Pil) fell unconscious. Amid the bleak situation, Kim Jin Ho finally woke up, but Yoo Seo Il (Shin Goo), the one who threatened him, also appeared, raising questions about what will happen next.

The newly released stills depict Han Ae Ri and Im Geon Wook (WINNER’s Kang Seung Yoon) working hard to find the decisive evidence. The two arrive at a mysterious place, and they stare at something with stiff expressions. In addition, Im Geon Wook earnestly talks to Kim Jin Ho at the hospital. Im Geon Wook’s expression is desperate and alarmed as he asks about the voice file’s whereabouts. Viewers are eager to find out if Kim Jin Ho will make the right choice this time. 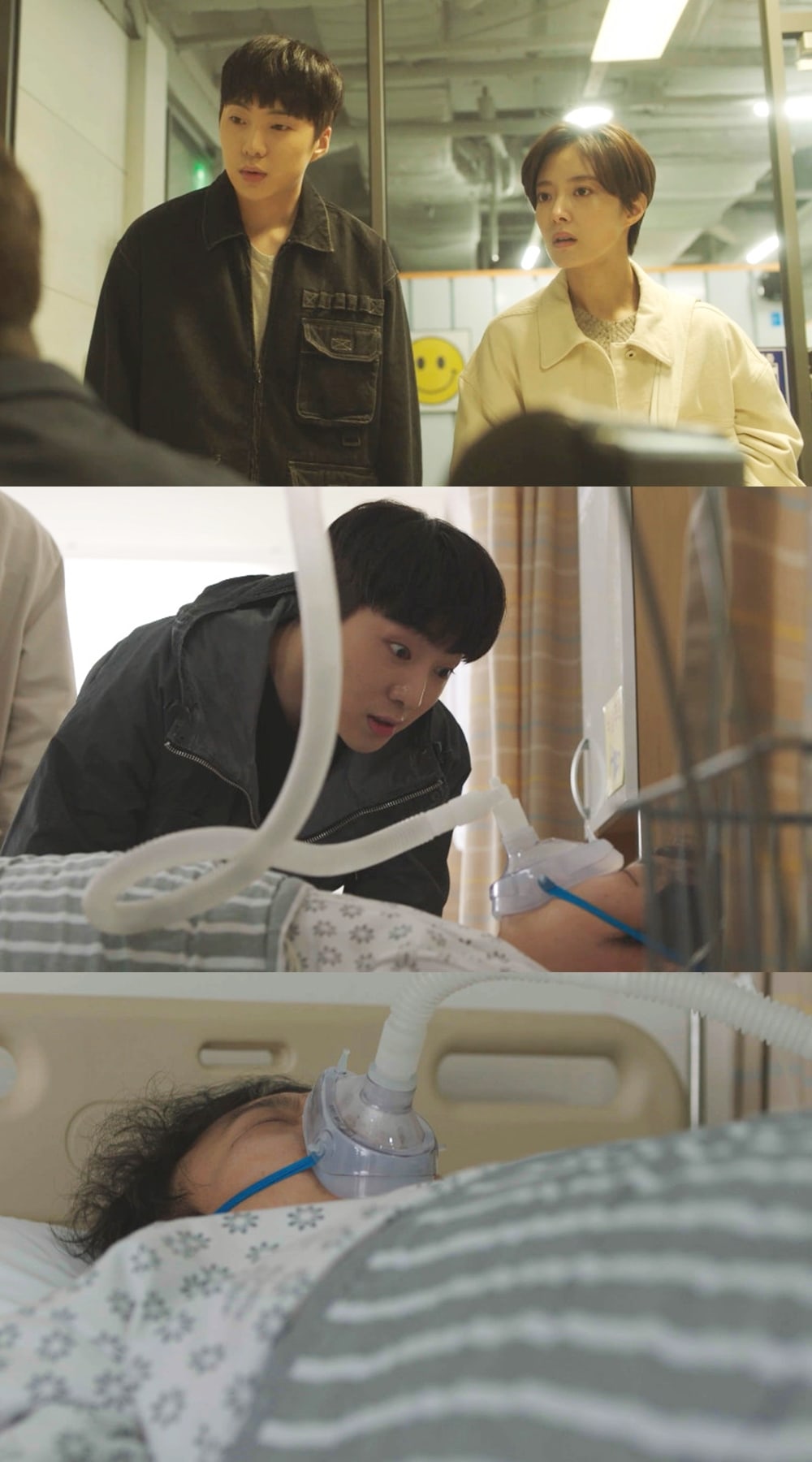