He spoke about his latest drama “Private Lives,” sharing, “I think my face has changed a bit. I agree with that. As time passes, your emotions change, so isn’t that why your face naturally changes too?”

Go Kyung Pyo continued, “Right now, I don’t have any hopes and expectations in my heart. This isn’t a confession that I’m in a hopeless situation, but just that I’m living a life where I try to be satisfied with the present moment. I just became like this one day. If you interpret this positively, you could say that I’ve become much more comfortable, but I know that’s honestly a compromise. I think I’ve lost the ability to find meaning in anything. I guess you could say I’ve lost some energy. I’m not sure what kind of meaning my past vigorous energy holds.” 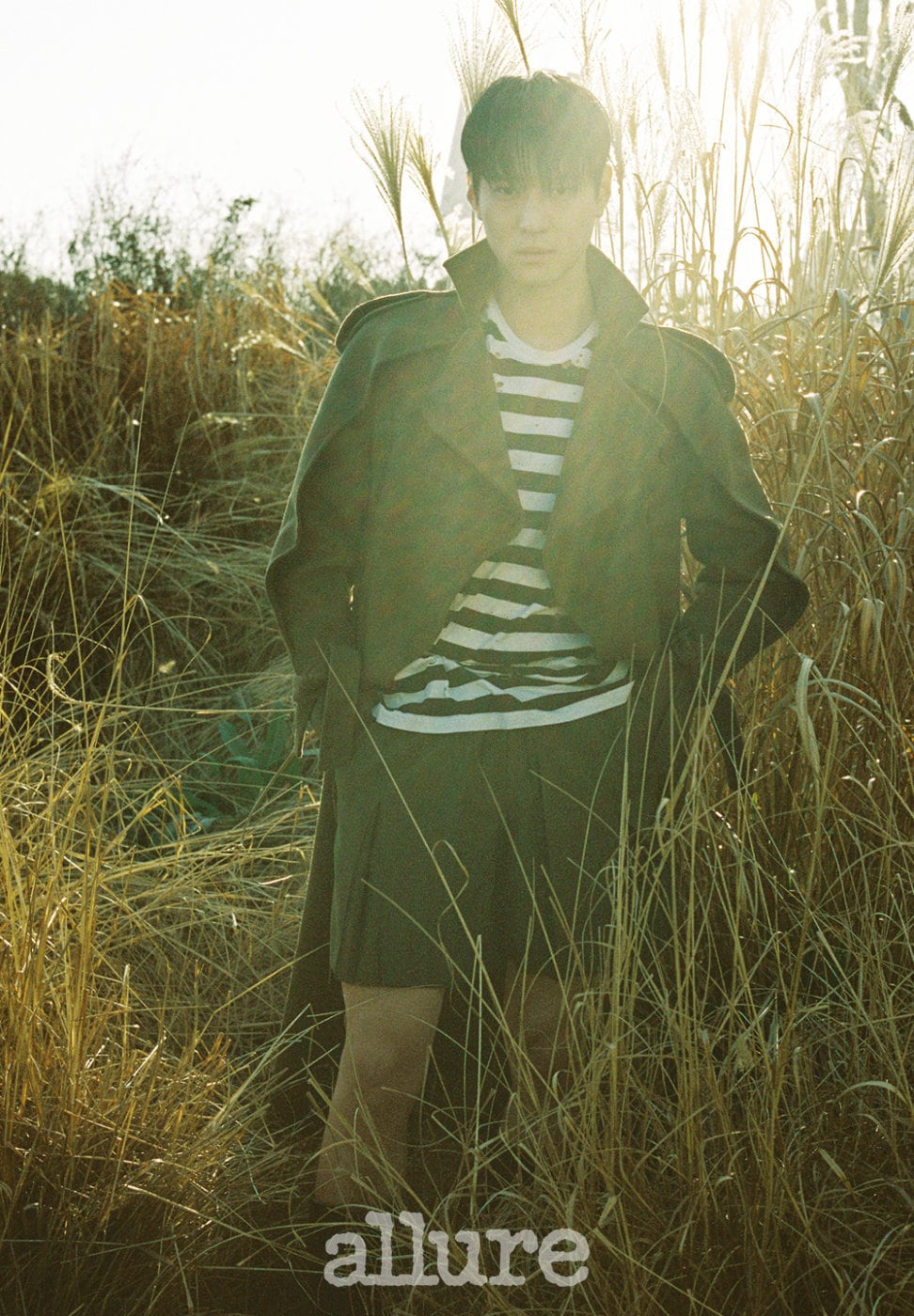 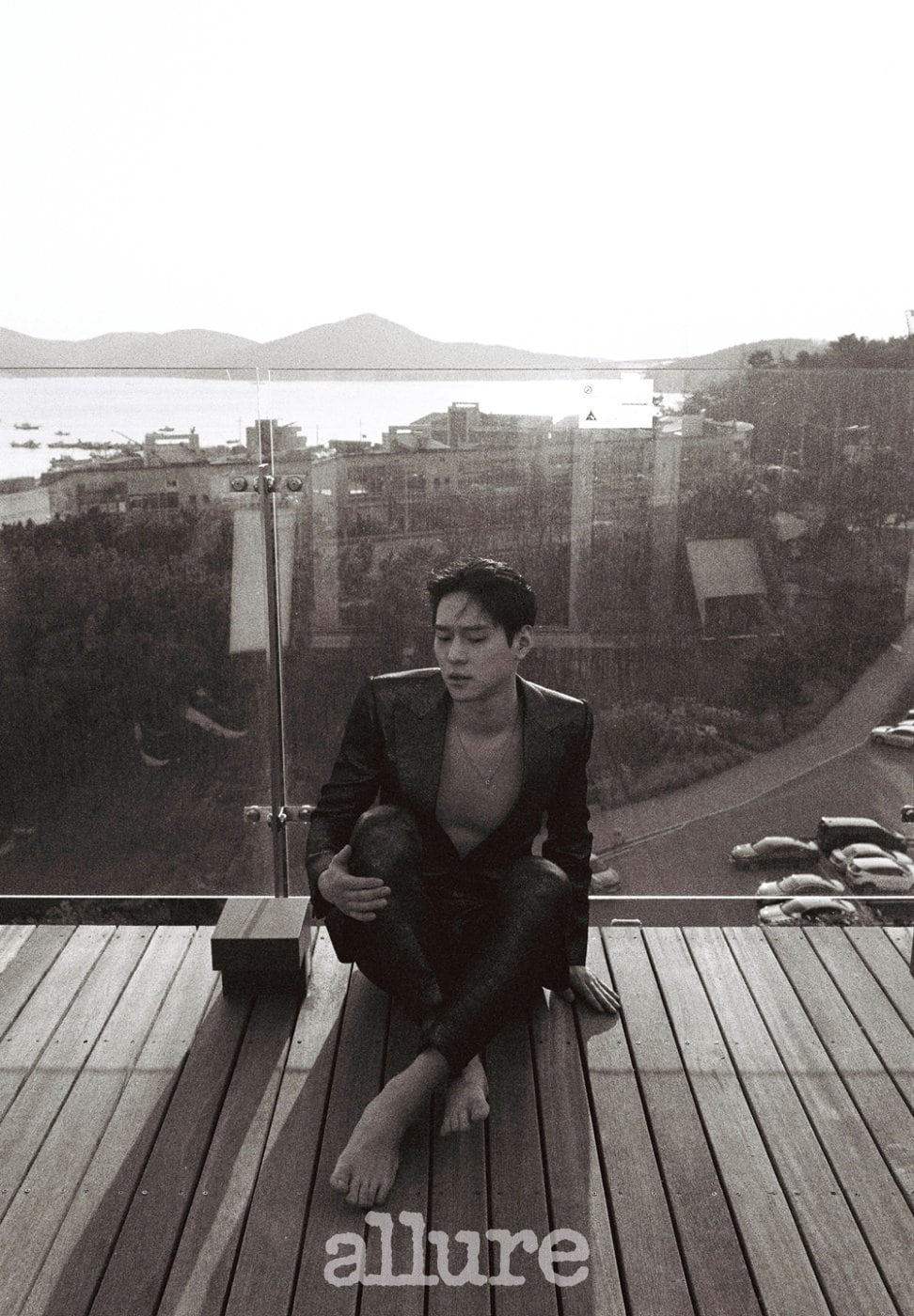 The interviewer commented on the variety of emotions Go Kyung Pyo seems to have these days and mentioned how energetic he was in his twenties. The actor responded, “That’s because I had a dream back then. I wasn’t really aware of reality. I think I lived each day absolutely overflowing with hope. I really lived like that. I thought I could become anything and I thought I would be able to become the person at the very front.”

He added that with age, he’s learned that sharing a united determination is impossible, explaining, “I’ve definitely learned a lot from past experiences. More than anything, the passing of my mother in September is weighing heavily on me. To be honest, I don’t really know how my life is passing by right now.”

The interviewer mentioned how the actor often posts about missing his mother on Instagram and was overheard on the day of the photo shoot telling someone, “That was five days before my mom died.” Go Kyung Pyo spoke further about keeping his mother in his heart, sharing, “My mom was my everything. This isn’t figurative, it’s the truth. My everything disappeared. I feel her absence in every moment. That blank space is always so evident. I lost everything. I don’t think this is something I should purposely avoid talking about. I don’t want to do that.” 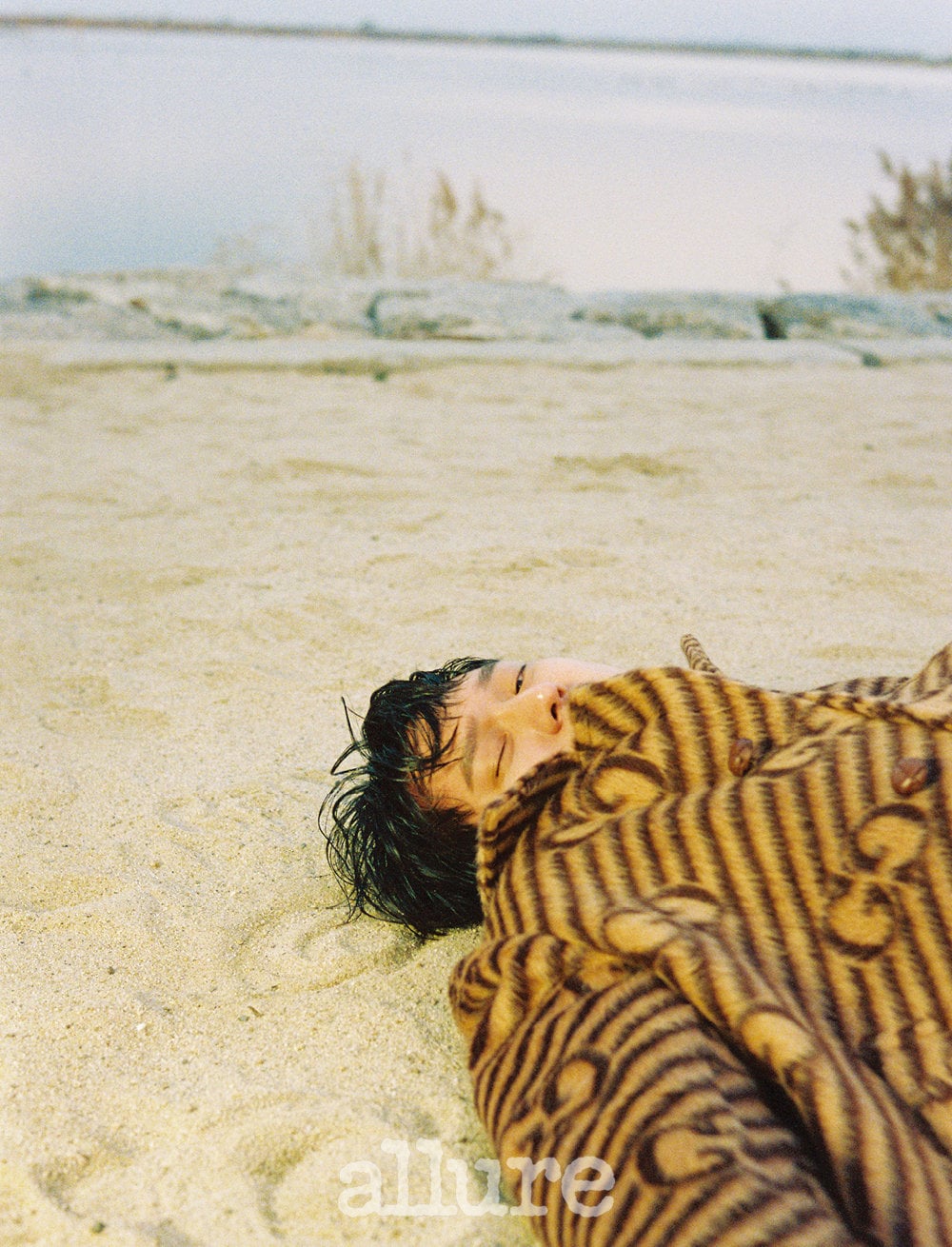 Regarding his next project “Determination to Part Ways” (literal title), Go Kyung Pyo discussed working with well-known director Park Chan Wook. He commented, “Although I respect him as a world-class director, that doesn’t influence the way I approach him. Even though we have a pretty big age gap, our conversations aren’t awkward and have no pauses. He just feels like a colleague I’ve known for a very long time.”

Go Kyung Pyo added, “I just worry about whether I’ll be able to accurately interpret and understand his intentions, thoughts, and influences. Once the film is complete, I think people will be able to view actor Go Kyung Pyo a little differently. I may also get a bit of hate asking why I only did so little. But I’m not scared of that. In the movie, I’m like a gear that’s both big and small. I’m also extremely curious as to how each gear, including myself, will connect and work together.” 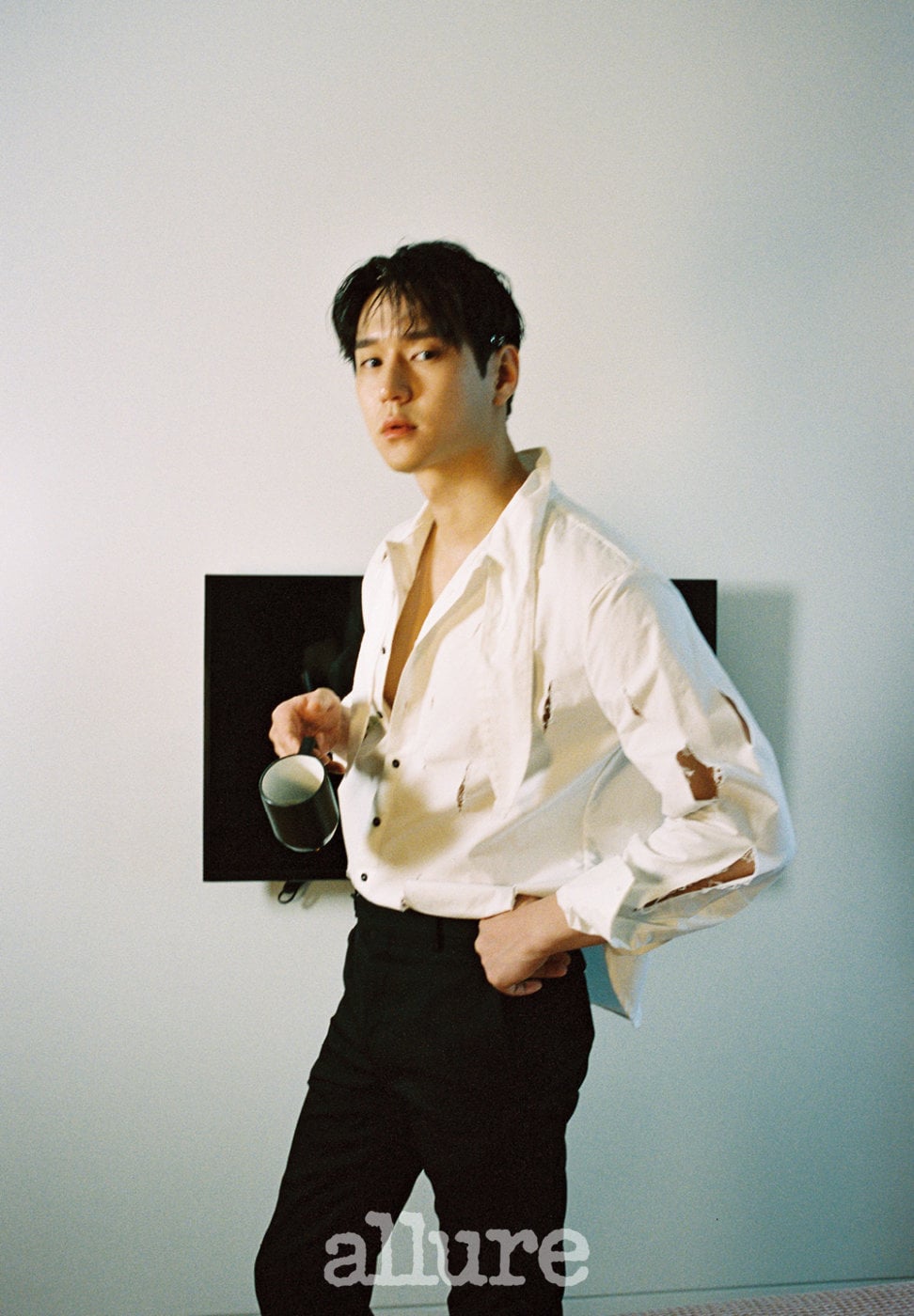 When asked what he thinks about acting and whether he has his own particular standards, Go Kyung Pyo replied, “No matter what the meaning is, I just hope people feel touched. I want to become an actor who raises anticipation for their next project. The second I begin participating in a project, that also becomes a moment in my life. If that moment is enjoyable, that’s enough. If I participate in impressive and successful projects, that’s just the aspiration and the perspective of actor Go Kyung Pyo. I just hope the moments of Go Kyung Pyo’s life are enjoyable. That’s most important.”

He also spoke about recently deciding not to let his emotions show to anyone. The interview asked, “Wouldn’t it be okay to show them a little bit?” Go Kyung Pyo answered, “In ‘Avengers,’ Hulk says, ‘My secret is that I’m always angry.’ I’m always sad, even if I’m laughing and chatting, but what’s the use in letting that show? This is how I break down sometimes. However, the one who ultimately has to get back up again is myself.”

Lastly, the actor shared, “Doesn’t it seem like we’re talking about such sad and uneasy things right away with the first issue? I just spoke honestly about what I’m feeling right now. There’s no problem. I think today was a moment of determination.” Laughing, Go Kyung Pyo added, “I’m going to live well.” 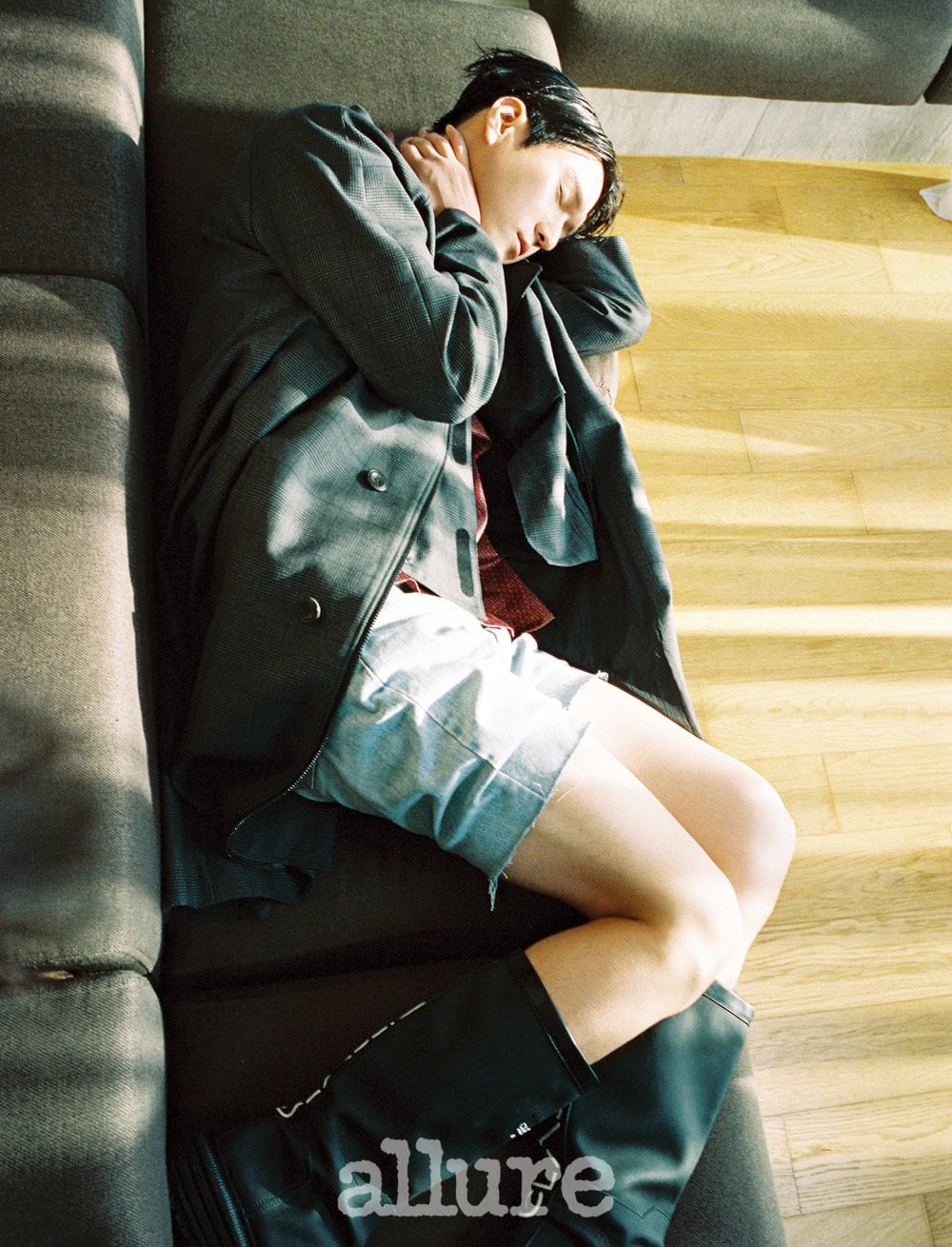 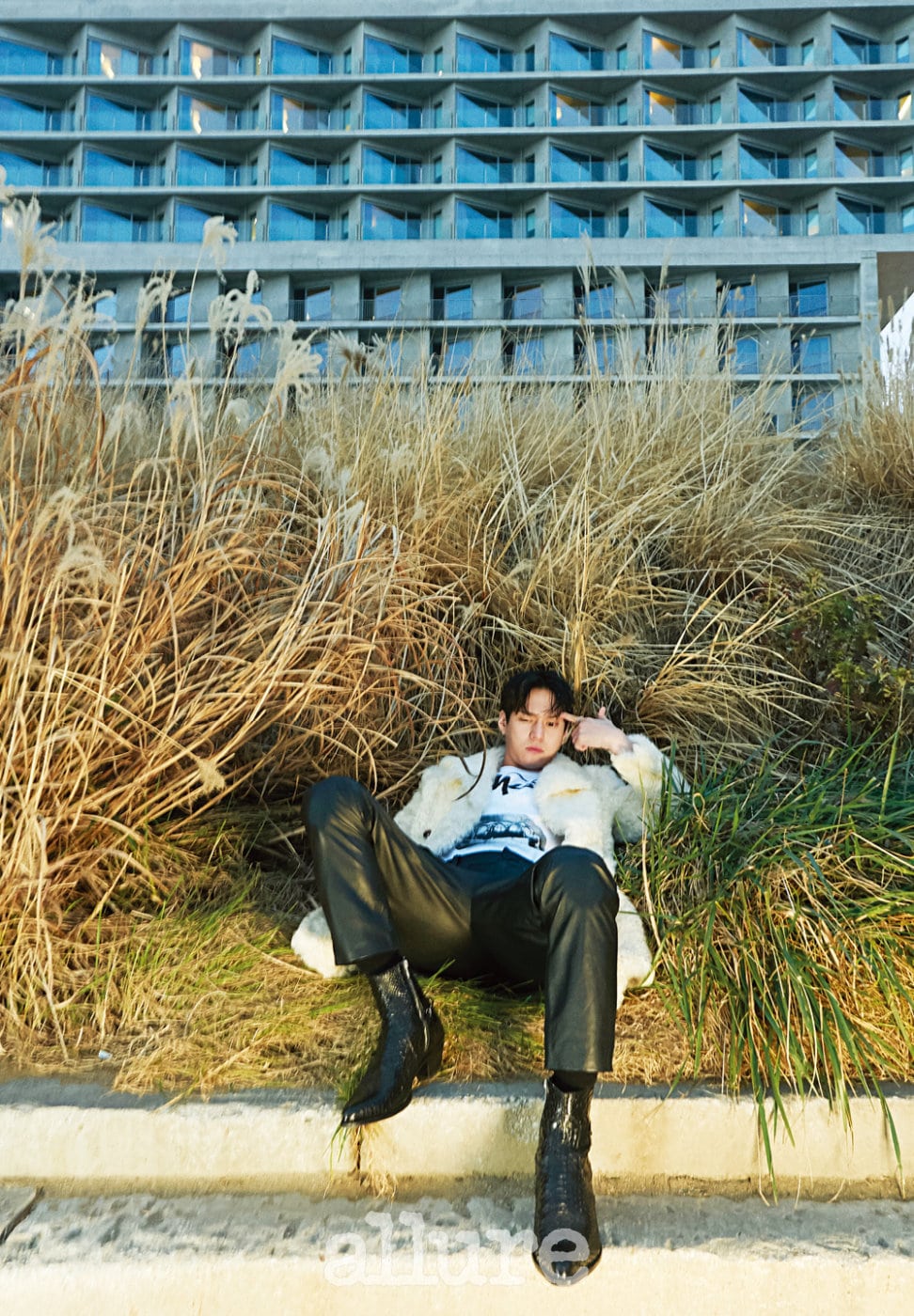 Allure
Go Kyung Pyo
How does this article make you feel?