Ji Chang Wook, Kim Ji Won, And More Talk About What Makes “Lovestruck In The City” A Unique Drama, 1st Impressions, And More

The stars of the KakaoTV original drama “Lovestruck in the City” took part in a press conference on December 22 to talk about the show!

“Lovestruck in the City” is a short-form drama about the realistic romances of youth who live hectic lives in the city. It is being produced with multiple seasons in mind, with the first being titled “My Lovable Camera Thief.”

Park Shin Woo described the show as “a cute drama that’s like a short chat with your friends about relationships.” He shared that rather than featuring dramatic moments, the show focuses on normal everyday things and its story will be something that anyone might have experienced before.

“Lovestruck in the City” is unique in its running time of only 30 minutes, and Park Shin Woo shared that he’s trying to approach the show like he’s a producing director of a variety show or cultural program rather than a drama director. “We didn’t use dramatic devices, and we tried to make it feel like a variety show created by an amateur,” he said.

Ji Chang Wook said, “When I was talking with the director at our first meeting too, I thought that this is a unique drama even more so in its form than its running time. It uses an interview format, so it was said that it would be good if it gave off the feeling of a fake documentary. For that reason, I put in a lot of effort to make it so that you might even be confused about whether I’m playing a character or being my real self. I think I performed a lot as the person Ji Chang Wook rather than having to try to create a new character. It was really fun work for me and felt different.”

Kim Ji Won shared that she had become so absorbed in the script that it made her think, “Have I finished reading it already? It’s over?” She went on to describe the story as both dense and interesting.

“When I first got the script, I was so excited because it would be directed by Park Shin Woo and it was written by Jung Hyun Jung, and so I really wanted to do it,” she continued. Kim Ji Won explained that she had thought a lot about the physical appearance of her character because she wanted to create a clear difference between the appearance of Lee Eun Oh and her alter ego Yoon Sun Ah. “I think you’ll be able to see a difference,” she said. 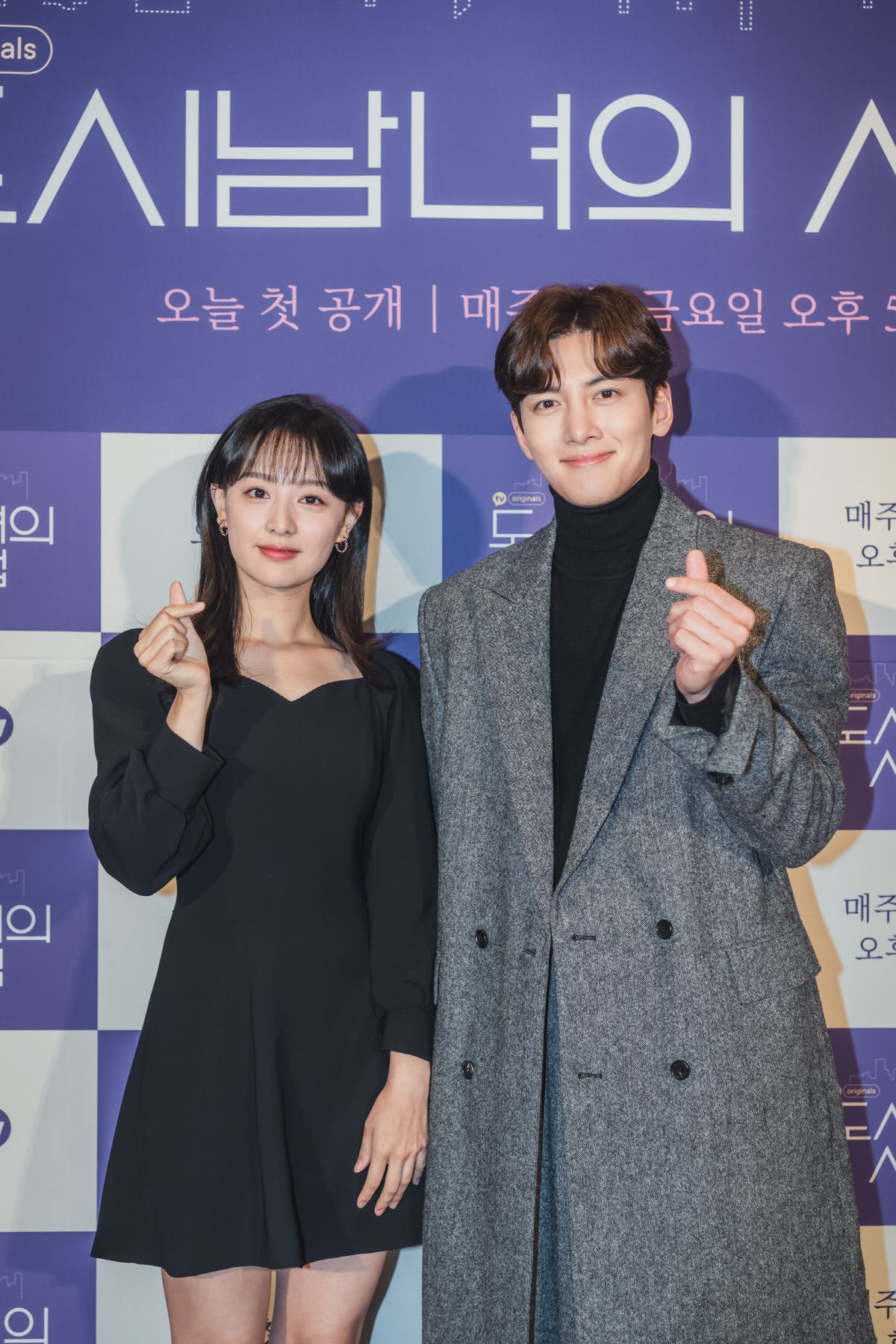 Han Ji Eun plays Oh Sun Young, who goes with her instincts and is passionate in love. The actress shared that she’d also been drawn to the drama because of the opportunity to work with the director and writer, as a fan of their work. She continued, “When I was given the role of Oh Sun Young, something I found very charming about her is that she seemed like a kind of character I haven’t had the chance to play before. She’s very different from my real self too, so I also wanted to take on the challenge.” 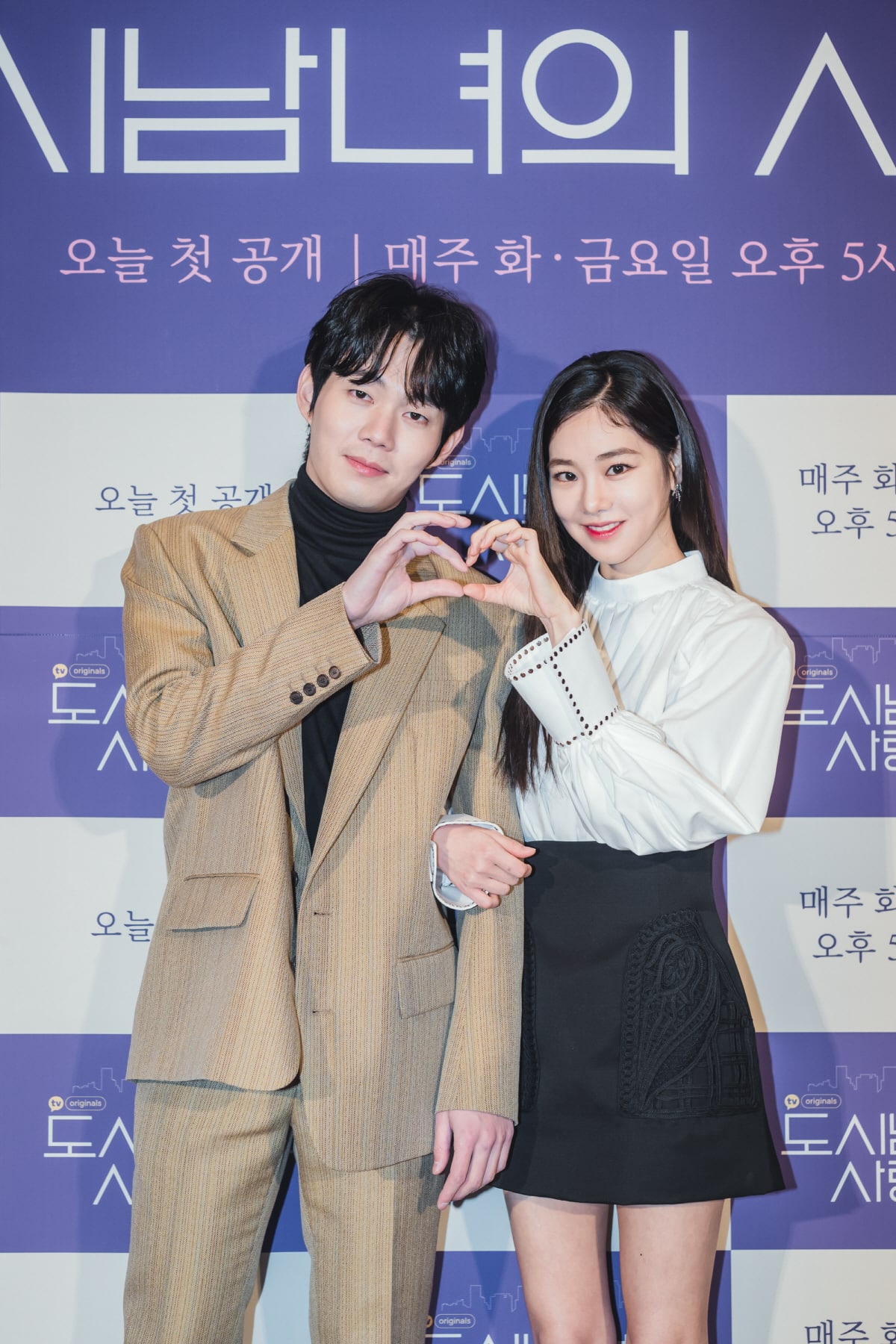 Kim Min Seok plays Choi Kyung Joon, a man who seems cynical to the world but is a romantic lover to his girlfriend, the quirky Seo Rin Yi, who is played by So Ju Yeon.

Kim Min Seok said, “Since the six people are being interviewed on the same topic, their thoughts are all different. I think it was charming how that made it so that I could relate to another character that wasn’t my own.” So Ju Yeon said, “Acting out a realistic relationship was relatable and fun.” 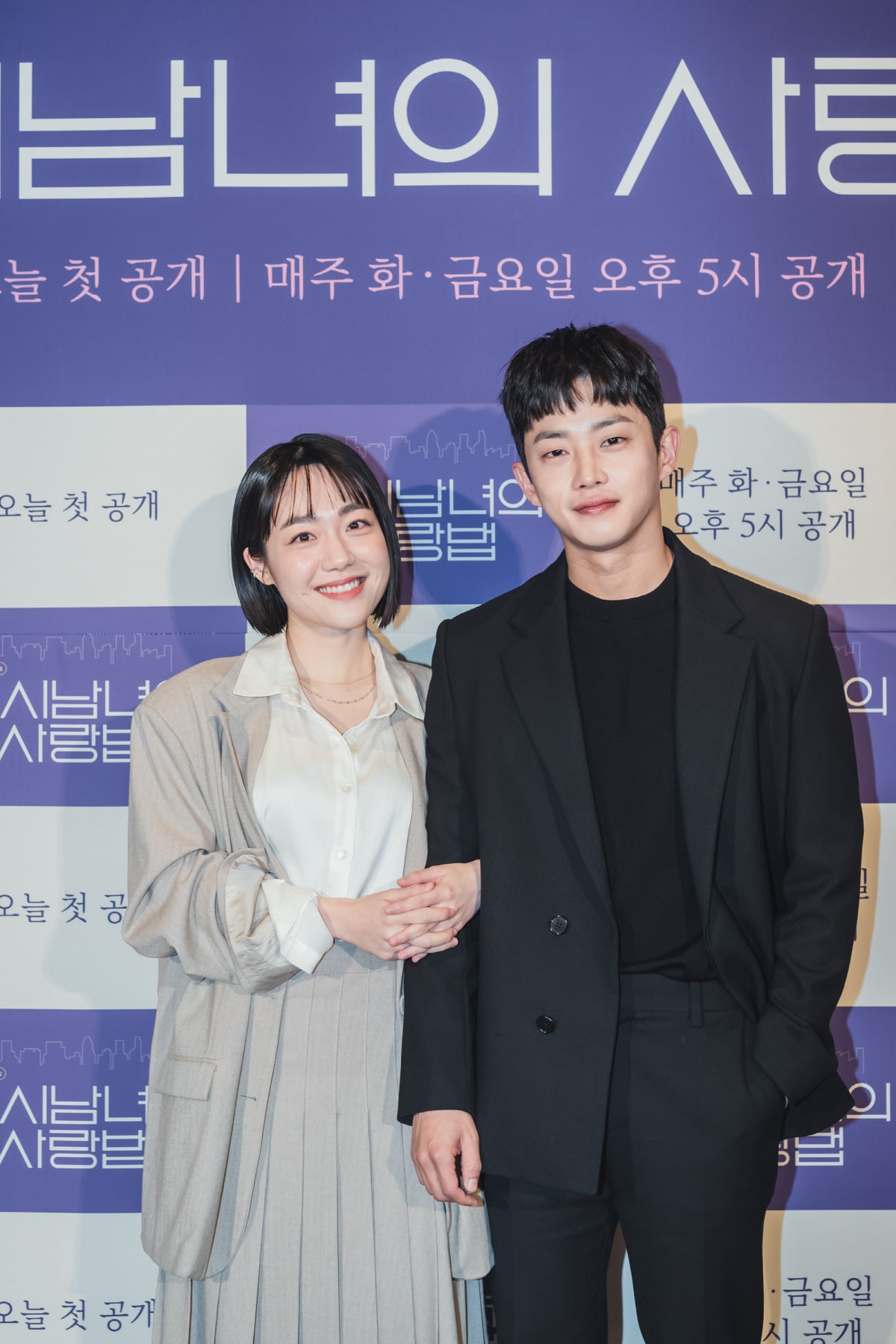 When talking about acting together, Ji Chang Wook said, “I joke around a lot [with Kim Ji Won] in real life too. There’s so much physical affection in this drama starting early on that I wonder if it might be the first drama like this. I thought it would be really good for us to form a bond or get comfortable more quickly than usual in order to film such difficult scenes, so while we were filming on Jeju Island and in Yangyang in the beginning, we became more comfortable and closer than expected.”

Kim Ji Won spoke about her first impression of Ji Chang Wook. “I read the script while imagining what Jae Won would look like,” she said. “When Ji Chang Wook first walked into the room, he was exactly what I had imagined. He takes good care of me while we’re filming so that’s been a great help to me.”

Ji Chang Wook said, “My first impression was, ‘It’s Kim Ji Won. She’s beautiful. I feel reassured.’ There’s always a feeling of anxiety to a certain extent when you meet a partner, but when we met, she was trustworthy and reliable, and I was grateful and glad.”

“Lovestruck in the City” premiered on December 22.